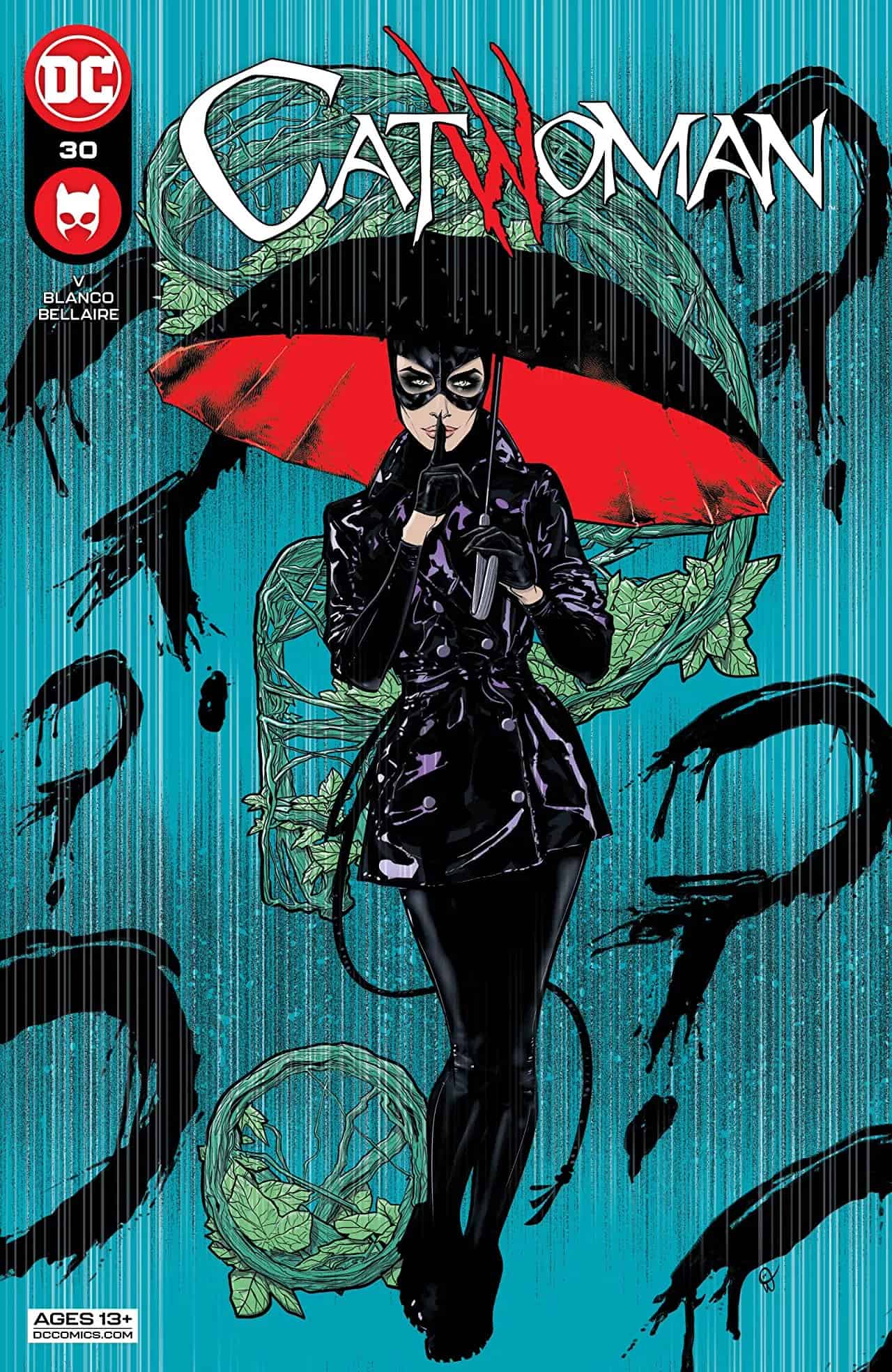 The Riddler revealed that he knows details about Poison Ivy’s whereabouts. Now, after the Riddler has been gravely wounded, Catwoman brings him to be patched up by Alleytown’s less-than-scrupulous medics. Now on the mend, Riddler points Selina in Ivy’s direction-but is he telling the truth, or wrapping her up in another one of his riddles? Meanwhile, the Penguin’s come to realize that enlisting Father Valley to take out Catwoman may have been a mistake and finds himself asking whether he hired a hit man...or inked a deal with the devil himself.

Ram V and Fernando Blanco give us another example why they’ve crafted the best Bat family book on the stands, and in a sea of exceptionalism, that’s quite the feat. Their run, while only six issues in, could set the groundwork for a live action HBOMax television series. It’s just the beginning of this run, but it looks like something special, something really special, if you haven’t picked their run up, grab it.

Selina finds herself knee deep in the events, and the creative team is just giving her mysteries on top of mysteries to deal with, and it feels like Selina’s role in Alleytown is being pushed into a direction she might not be ready for. Especially with the fallout between Catwoman and Batman after the events of “Joker War,” and Selina’s hand in upending Bruce’s life by stealing his fortune. 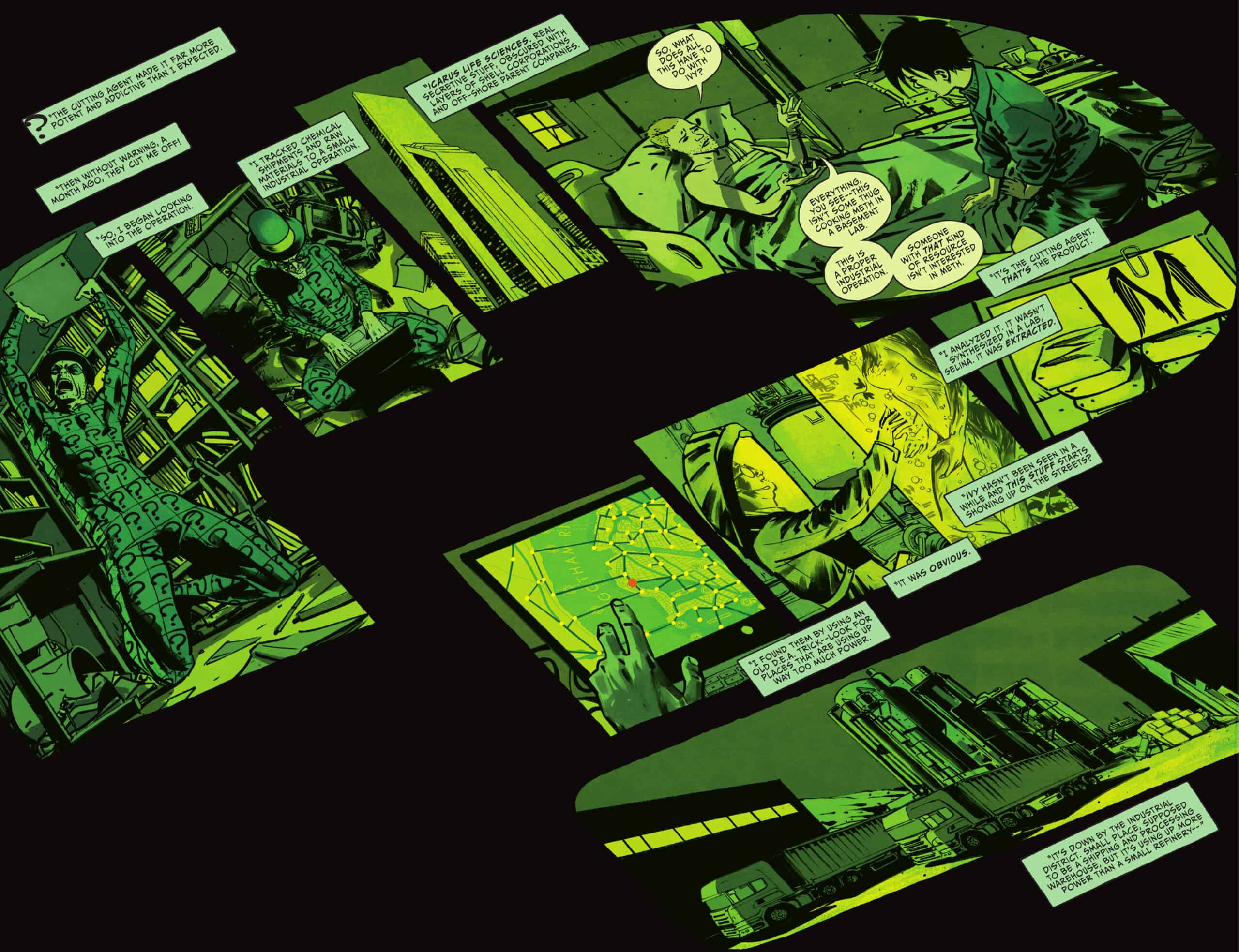 I just love Riddler, especially under Ram’s leadership. He’s so delicious all tweaked out and out of his wits thanks to getting addicted to the Poison the current meth Ivy’s been forced to have a hand in creating, V and Blanco bring the goods while developing Riddler, and DC should tap them to do a mini based around Nygma.

Let’s talk about the new character Father Valley, and how creepy they’ve made him. His appearance reminds me of the Tall Man from the cult classic horror Phantasm (if you don’t know what movie that is look it up. You’ll thank me later). He’s a character I’d like to see elsewhere in the Bat family.

The team also introduces a man dressed in all black, who seems to know who Catwoman really is, and can’t wait to see more of. I have a few theories on who it might be, but I’d rather let you form your guesses on your own. 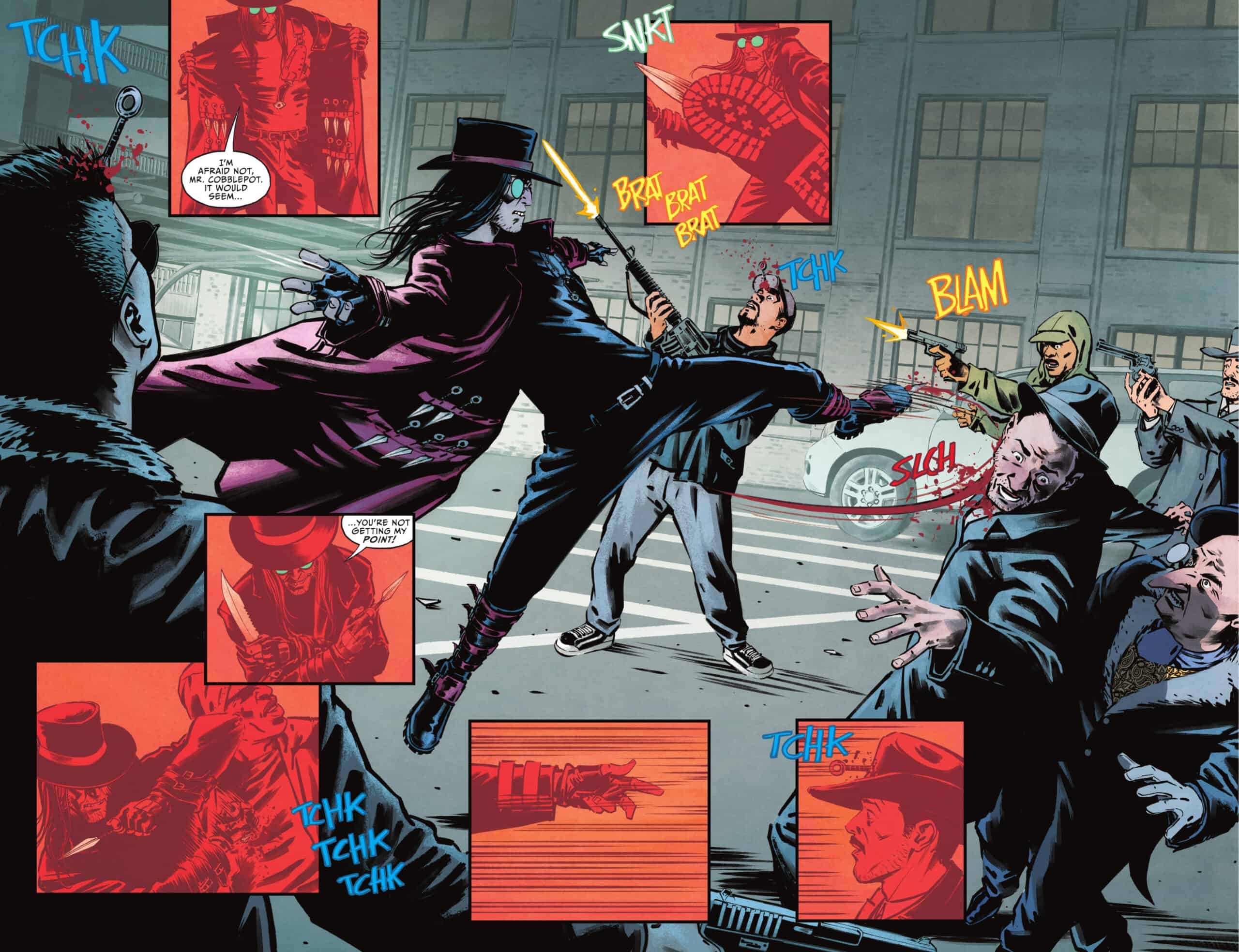 Ram puts loads tons of plot info every issue, so there’s a lot to drink in. It took me two reads just to catch everything, and the art gives this story such a grounded and pulpy feel to the series. It sucks you in, and makes you want to read more of it.

Ram and Blanco turn up the heat on the beginning of their run, forcing Selina to entrench herself into a new status quo that’s sure to shake up Sel’s role in Gotham.