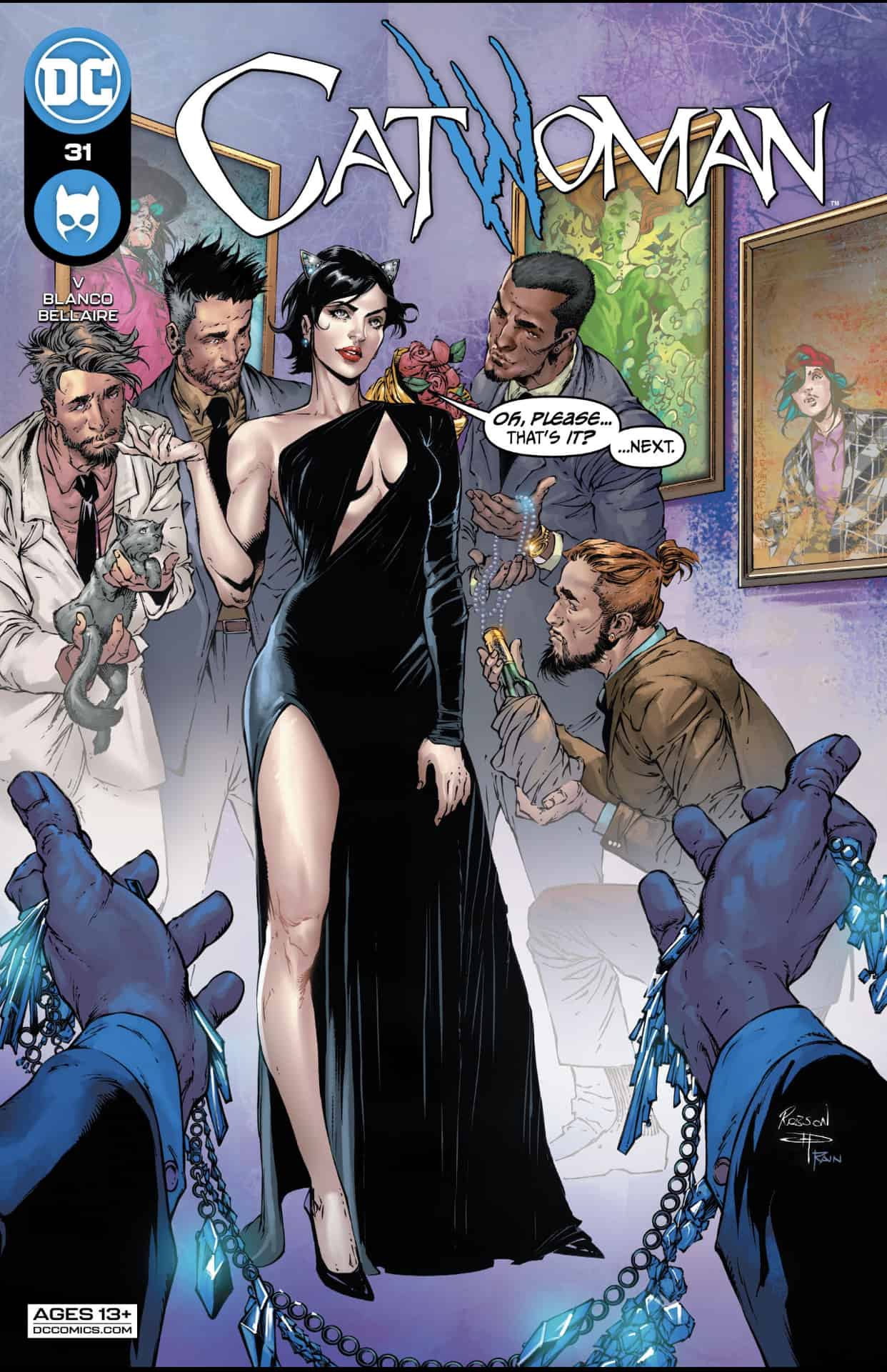 Catwoman and Shoes have crashed Mr. Roy’s home art gallery opening, but they aren’t there to nick a Klimt or a Monet. No, they’re after the newest addition to Mr. Roy’s esteemed collection: a large test tube containing Poison Ivy! But how did Pamela get in this predicament in the first place, what was done to her, and why does she seem...different? 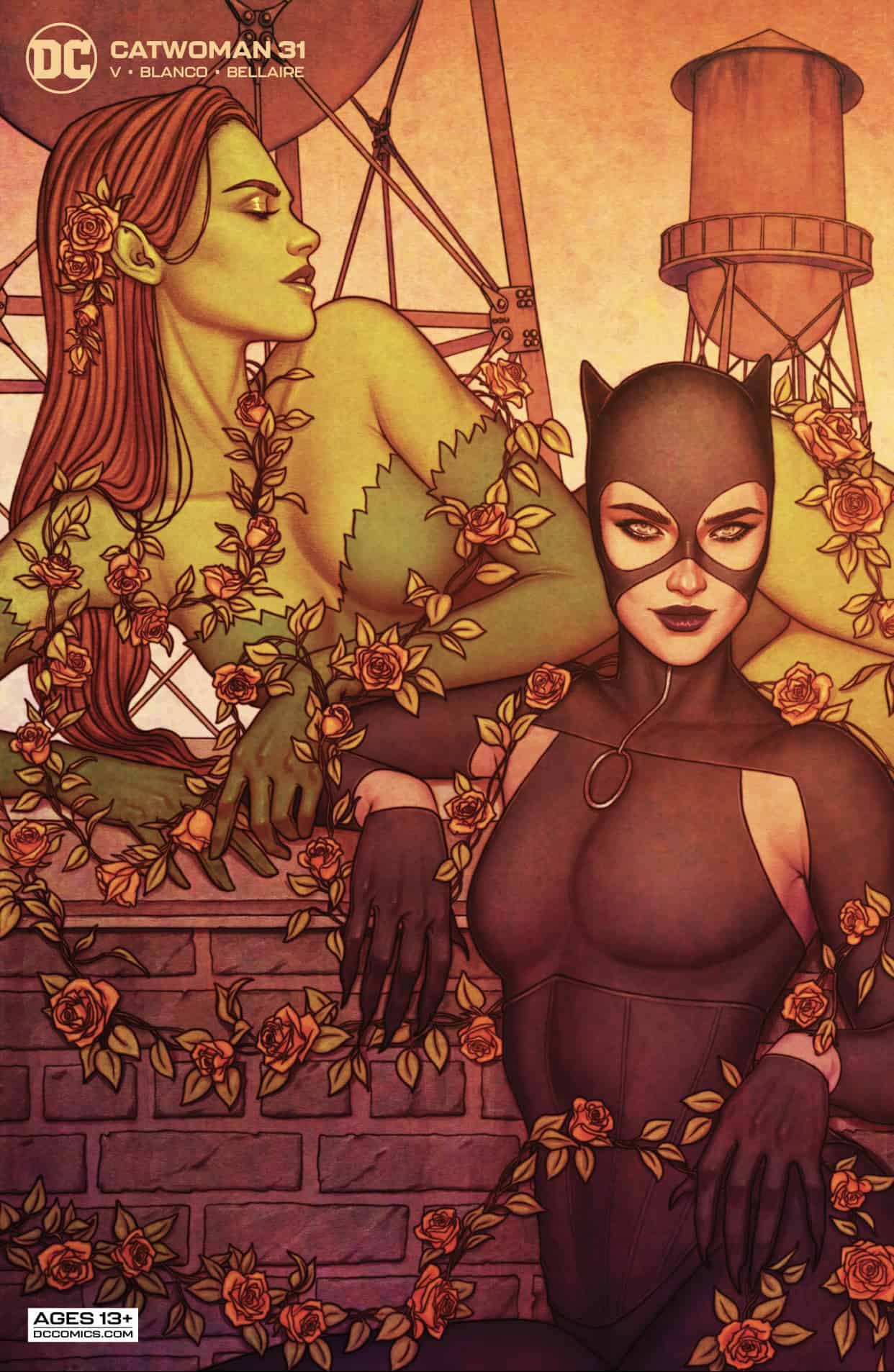 In this issue we find out how Catwoman broke Poison Ivy from the giant tube where they were extracting something from her to create a new synthetic drug to hook Gothamites on, a new BIG player is introduced, and some more mysteries around the guy in the trench and hat, plus some more twists and surprises. Read on for hopefully a mostly spoiler-free review. 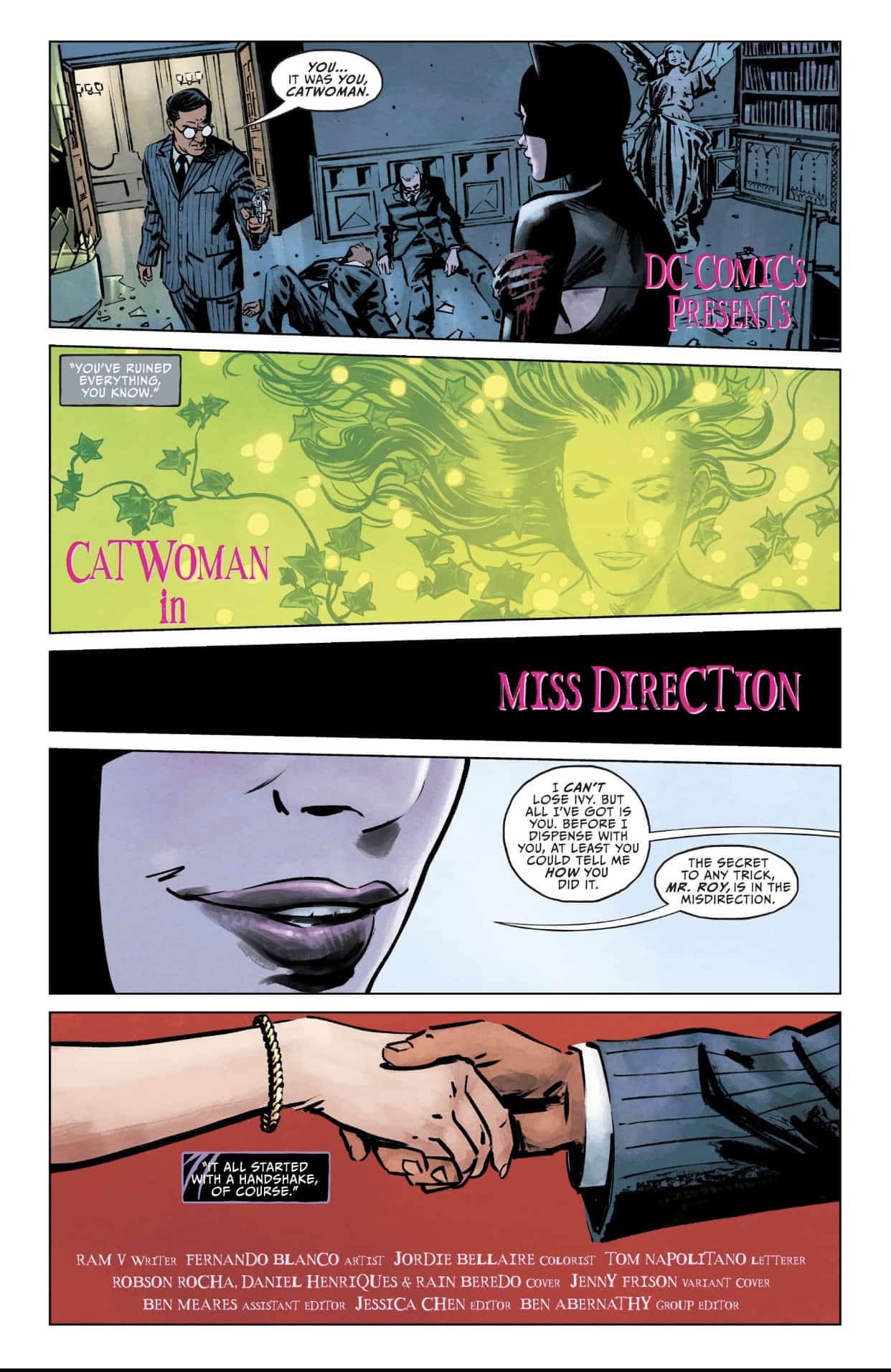 Ram tackles this issue from a narrative where we begin in the middle, and slowly fill in the holes. Some writers would take an entire issue to get to where Ram reaches it by the middle of the issue, but doesn’t leave anything out. Seriously, that end of act one could have totally been the end of the issue and you wouldn’t have lost anything. Ram is determined to give us more, and I can’t help but love him for it. We’re treated to dramatic character moments, and fun moments, and some not so fun moments. It’s very much a heist story, and it’s exquisitely done. He’s really a master of his craft, and it seems like he’s only just getting started. Where some authors will deprive their cast members of characterization in order to move the plot forward, or other authors skip out on plot to pad issues with interpersonal talking heads, Ram accomplishes both, without having to deprive the cast or readers of either. 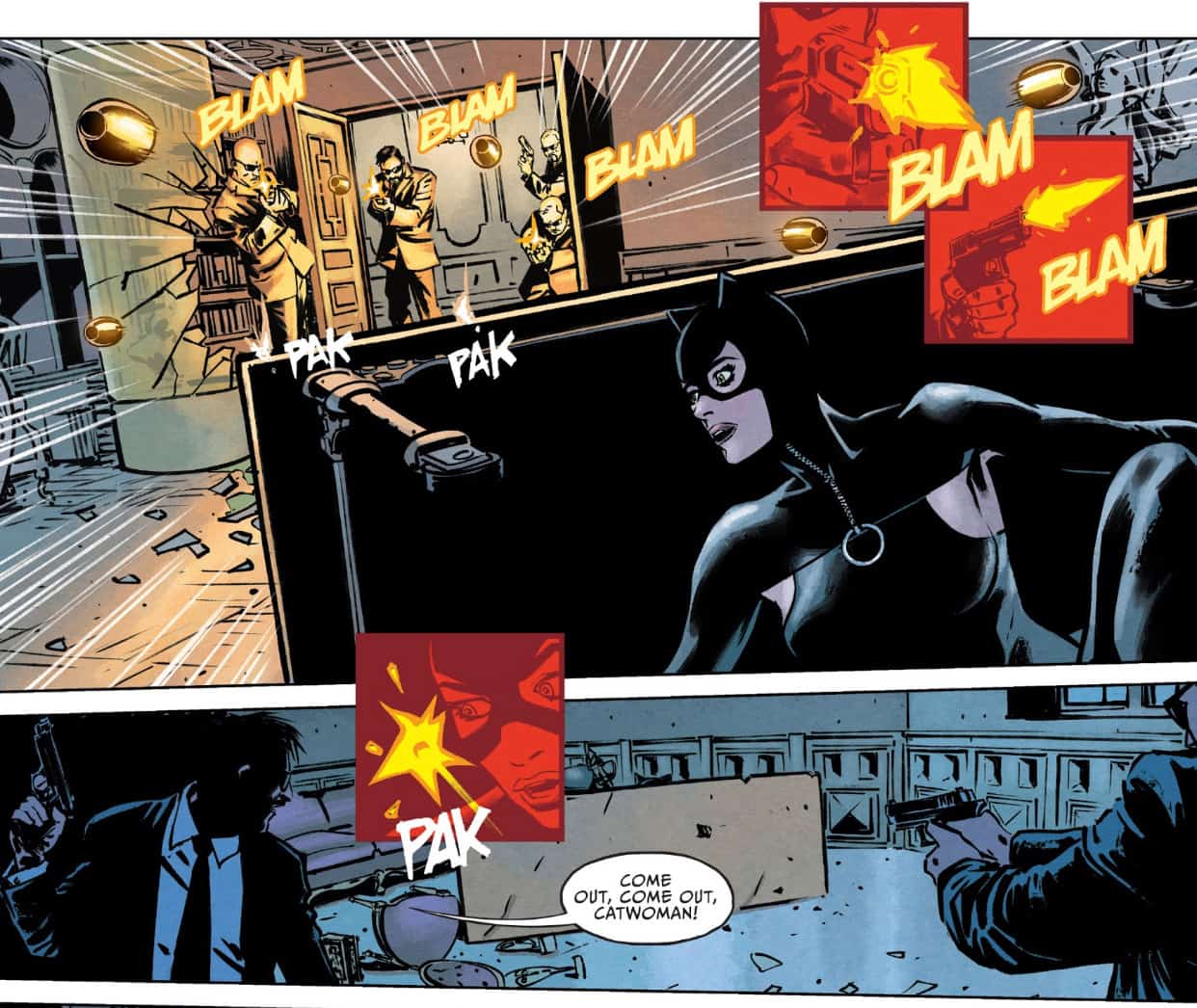 His Selina is fleshed out, and full of personality, and pathos, her supporting cast are affable, and the new villains being introduced are interesting to see their roles here, and how they’ll be used in other books based in Gotham, or if they’ll only be used by Ram in the books he writes. Either way I’d love to see others come up against the White Witch or Father Valley. While this issue seemed to tread water on the first read, it was the second when I realized just how much happened here. Like this new player, who seems like someone we’ve seen before, when I realized it’s a villainous Jeff Bezos, so something that’s closer to real life than the disappearing assassin.

Ram’s co-pilot, the incomparable Fernando Blanco is here giving us gritty noir, mixed with high society glamour, and it’s amazing. There’s a real grit here, and Blanco was made to work in this world. I haven’t seen a team on Selina that has me this excited for their new issue every month since Brubaker’s run. This issue marks the arrival of new cover artist Robson Rocha, fresh off of his stint on Aquaman, and the covers are quite nice. Rocha’s style is very different from Joëlle Jones’, but it’s not bad. Where Jones’ style is angular and sleek, Rocha’s reminds me of the Top Cow house style from the late ’90s/early ’00s. It’s just going to take me some time to get used to it.

Selina’s troubles seem to just be getting started, as we see a new clandestine mastermind with his own vision of what Gotham should be—especially on the part Catwoman and her allies call home. Ram V and Fernando Blanco serve us with another chapter in the ongoing saga of Catwoman, Alleytown, and saving Ivy from the horrors she’s had to endure. It’s packed full of story, and continues to deliver every month.