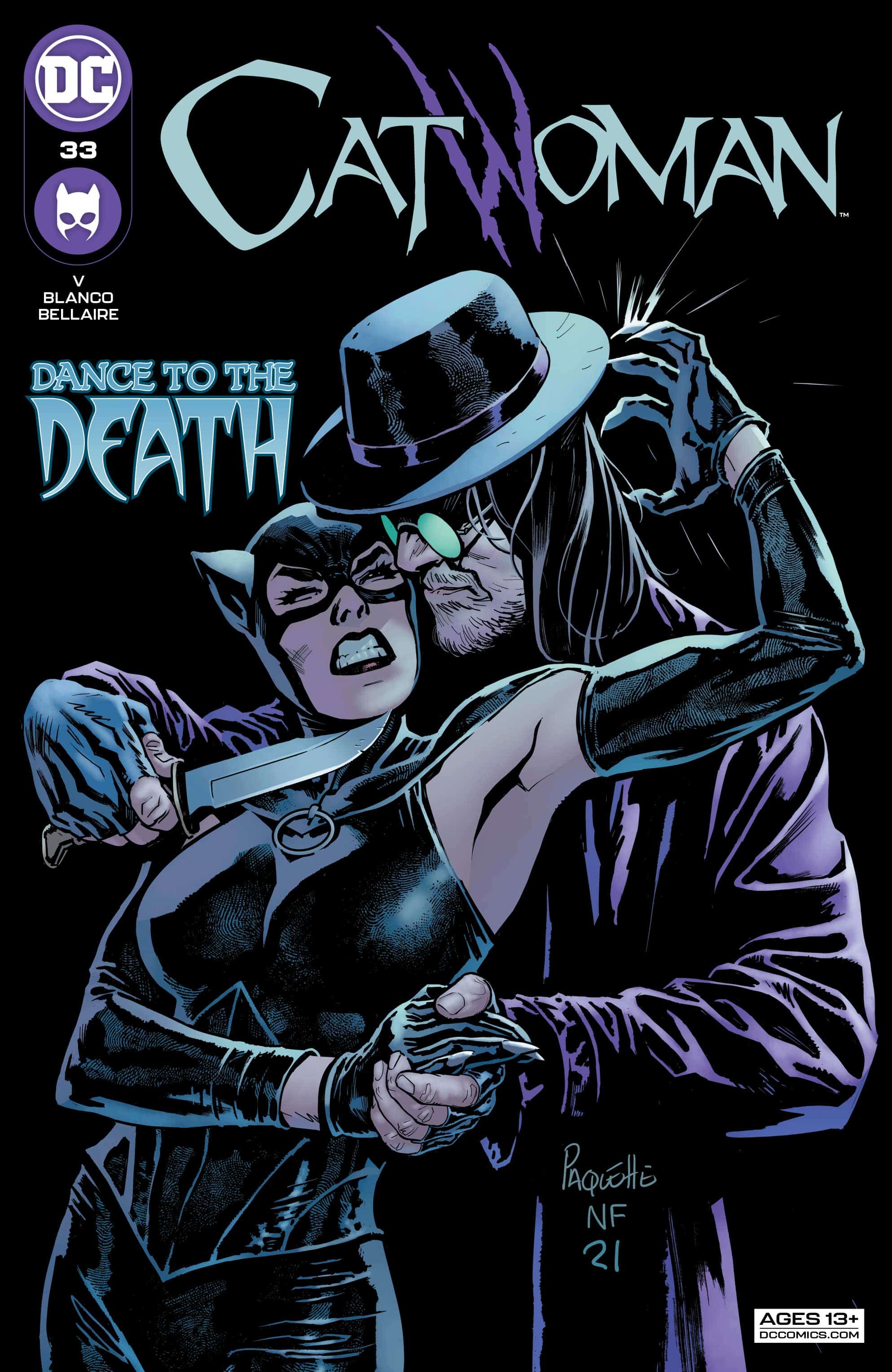 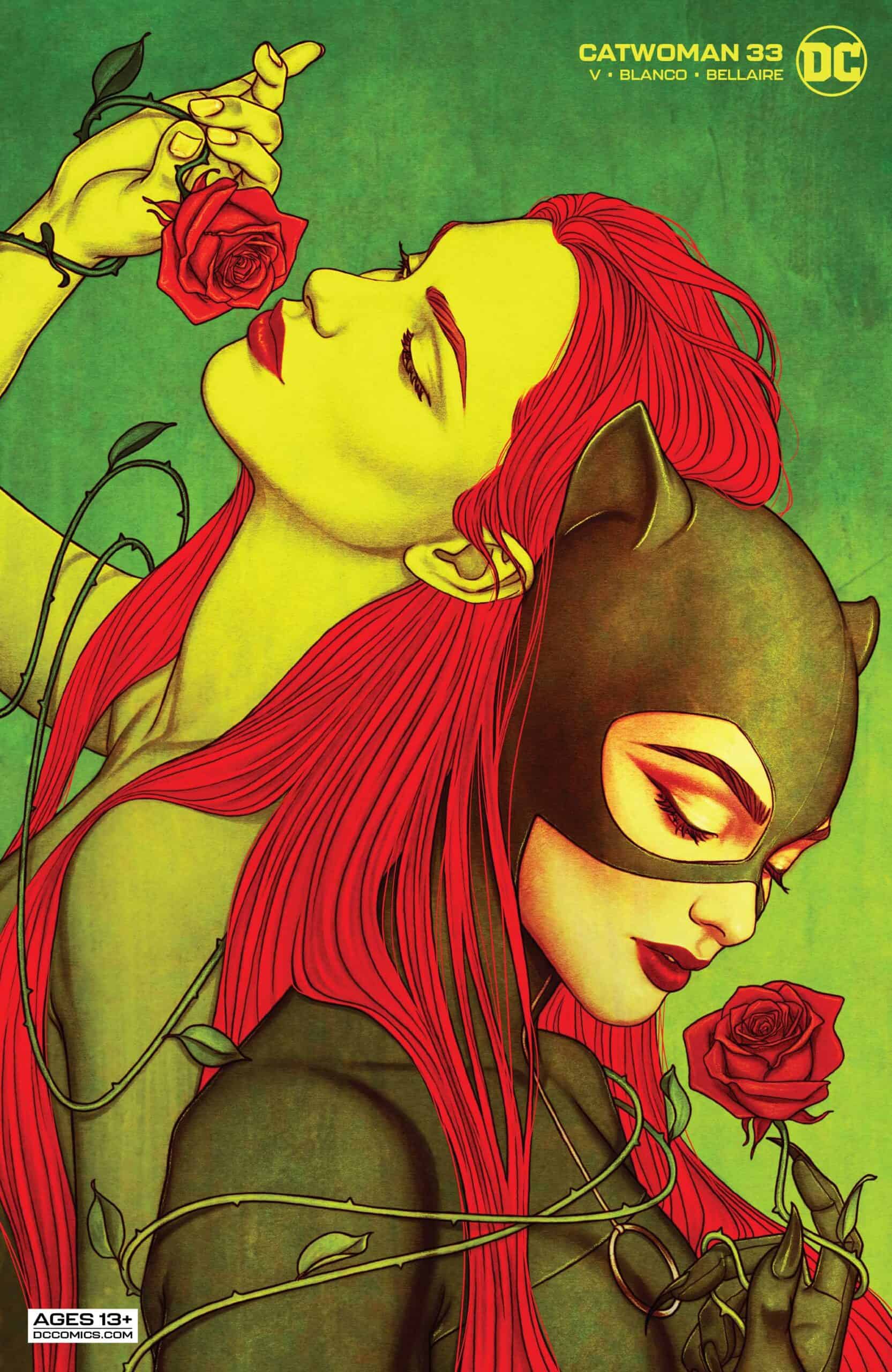 Selina has worked hard to establish herself as the queen of Alleytown. But in response to Catwoman saving Poison Ivy from extermination at the hands of Saint Industries, Simon Saint has sent in the early stages of a totalitarian force that has left her kingdom shuttered. Catwoman has seen a man take his own life to avoid the consequences of crossing Saint Industries, so she knows there is no telling what they have in store for her and her gang of strays. And to make matters worse, Alleytown's eerily quiet and empty streets now set the stage for the long-awaited confrontation between Catwoman and Father Valley!

It’s the first new chapter of Ram V & Fernando Blanco’s Catwoman, and another helping of Mayor Nakano’s war on crime and Gotham’s vigilantes. Ram’s out here drawing a real world parallel to last summer’s BLM protests, and the overreach from a government body trying to use force to quiet the voices of the disenfranchised. Selina and her strays are dealing with a lot in this issue, from the beating nearly to death Leo, to having to make an impromptu headquarters amongst all the chaos going on. To make things more complicated, they’re also forced to deal with the GCPD, and the newly deputized Magistrates (a new government funded private force brought in by Mayor Nakano to deal with the Bat and his allies), and it’s not looking good for Selina and her crew, which now includes a recuperating Riddler, and some faces you wouldn’t expect to see.

Selina and her strays aren’t the only ones having a difficult time with the events happening in A-Town. Det. Hadley’s also facing the repercussions of his little favor where he tried to deter Cat from getting involved in the whole Ivy infused drug, Father Valley, and the elite of Gotham. What he does next might prove to be a very big step on what his future with Gotham and the police department lies. Hadley’s really beginning to grow on me, and it’s nice to see Selina get her own version of Commissioner Gordon on the force.

Ram and Blanco are upping the tension and drama on Selina and her little cut of Gotham, and it’s really putting Selina into a situation that’s going to force her to take on allies that make some strange bedfellows. What these new allies do, and where Alleytown goes from here, can change the status quo between the antiheroine and the rest of Gotham’s capes. I really have to appreciate what this crew is doing with A-Town. There’s so much life and vitality and realness they infuse in it, from the people to the buildings. I’m reminded of the neighborhoods in Detroit. It’s a world right outside your window, and it’s something anyone who has lived in an urban setting. These streets are roads we all have driven down. We also get the setup for the final showdown between Selina and Father Valley, and it’s going to be a huge event based on all of the buildup this team has given us over the last year.

It’s this realism, and focus on developing character, along with filling every issue with so much plot that you’re just overwhelmed by the world building going on. Partnered with Blanco’s art, and you can’t help but get invested in this book. Catwoman is a title that I can’t help but read first when I grab my pull list every month.