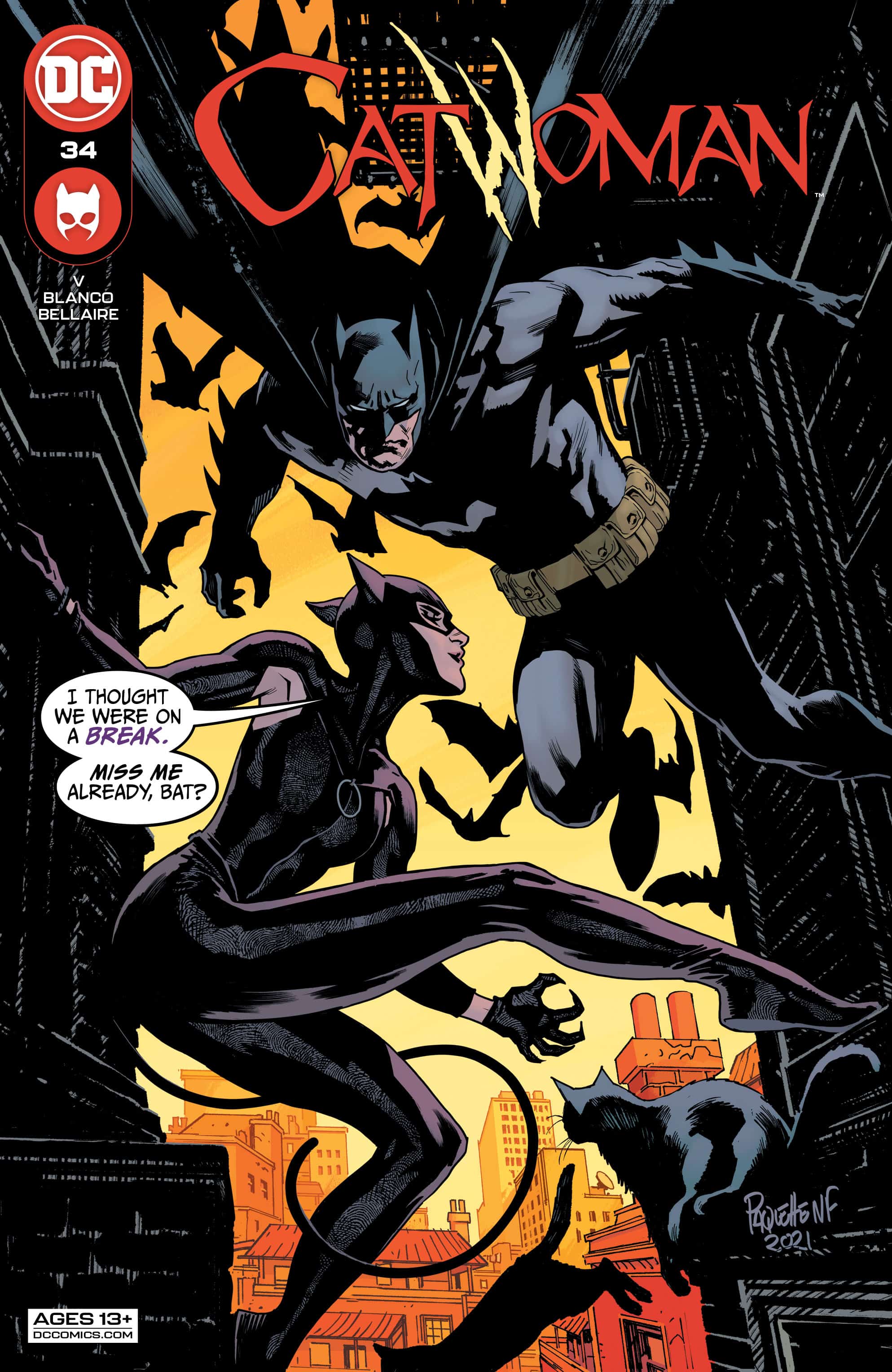 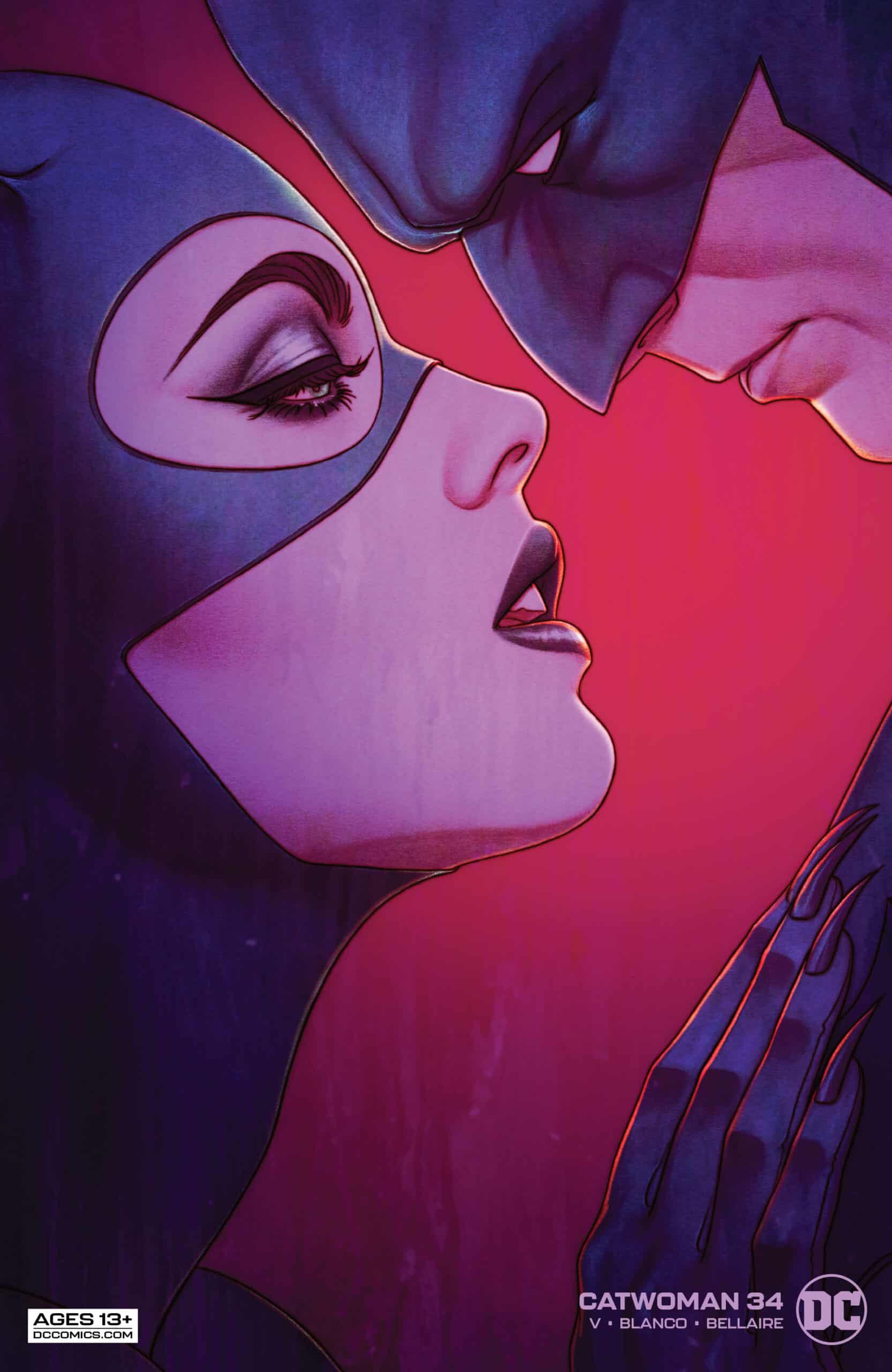 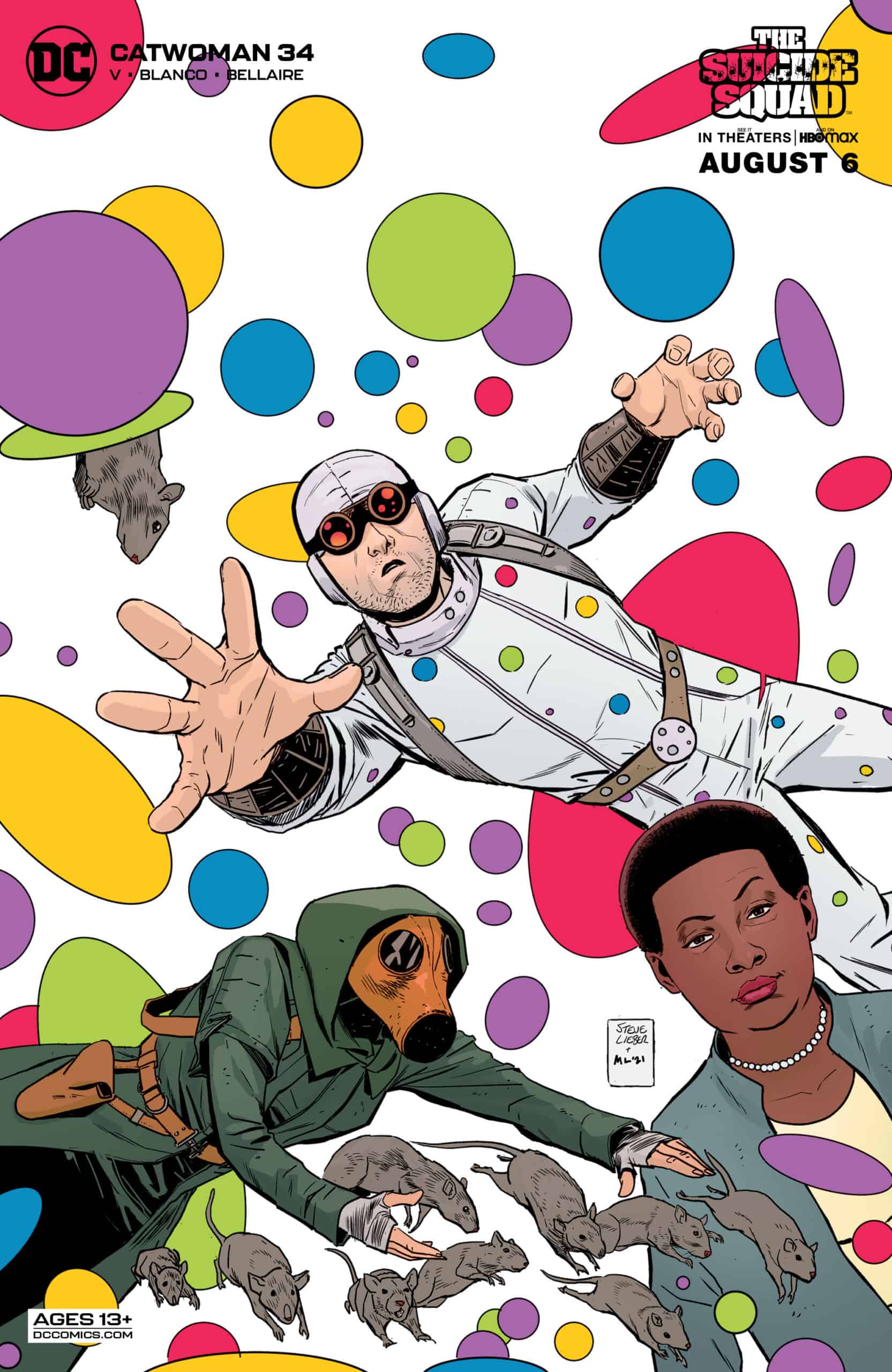 The Magistrate comes to Gotham, and Alleytown stands as the last place in the city untouched by their totalitarian forces. But being the last bastion of freedom in a police state makes Selina’s kingdom most inviting for Gotham’s rogues! Surrounded on all sides by law enforcement gone bad, and facing a potential invasion by the city’s villains, Catwoman finds herself fearing that her quest to keep Alleytown safe could instead lead to its demise…but all is not lost, as Batman arrives in Alleytown, breaking his and Selina’s vow to give one another a one-year break.

It’s another Ram V & Fernando Blanco Catwoman issue, and they leave me gagging once again. I don’t know why you got me gagging though. They bring it to us with every ball. As a prelude to the upcoming Fear State storyline, Ram is keeping this issue centered more around Selina and her world, as he continues to move both the crossover narratives, as well as the world building that’s going on. Plus the cliffhanger has me eagerly awaiting the next issue.

Ram’s Gotham continues to be the highlight from the other titles in the Bat universe currently, because it gives you the perspective of the disenfranchised— those who are forced to eat the scraps that the elite in society dole out for them— and in Gotham City these characters aren’t usually given a voice. They’re usually just collateral damage in most comic stories, so this is incredibly refreshing to read. 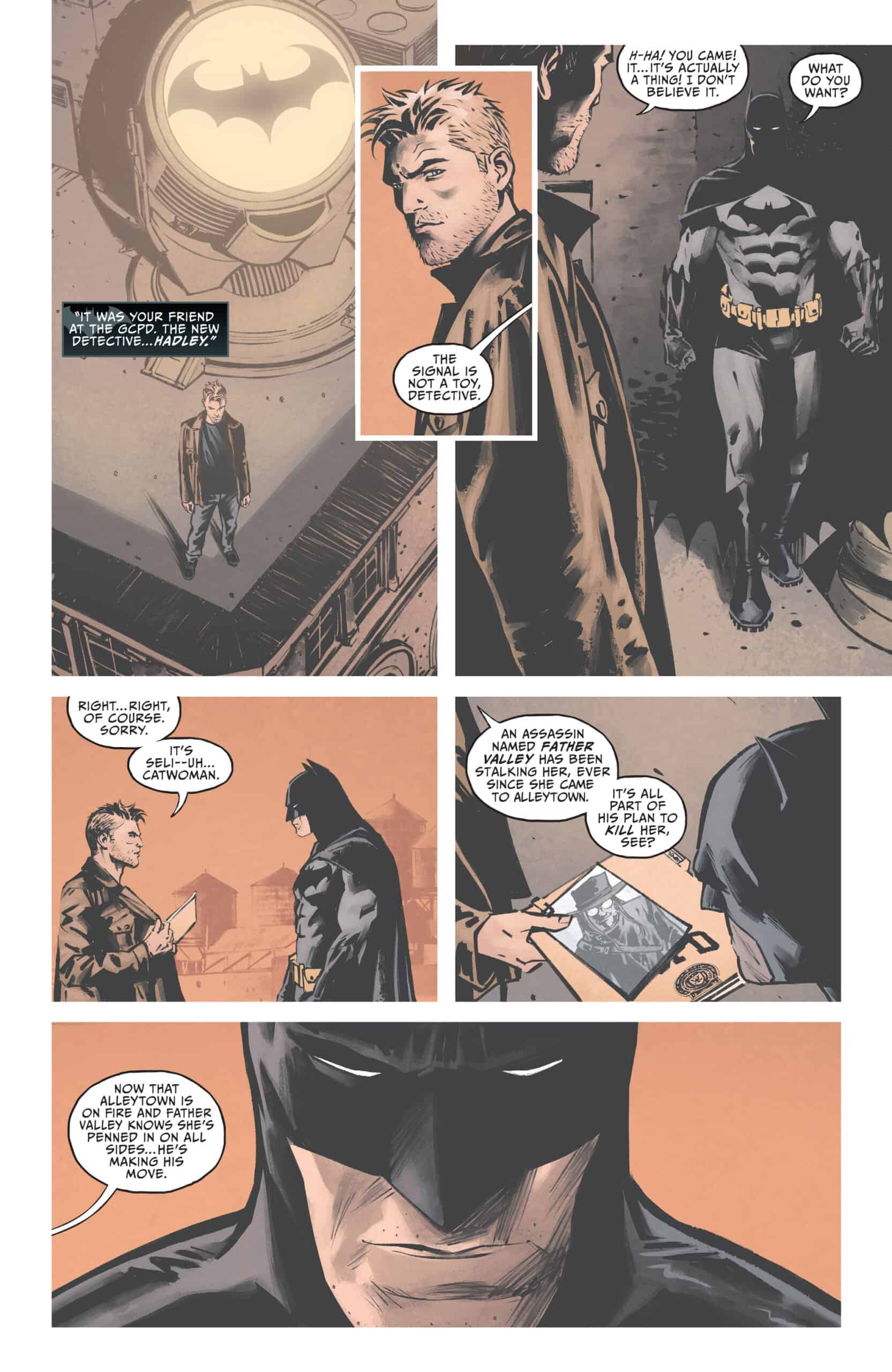 Ram gives insight into Bruce & Sel’s relationship, and it’s good to see the reconciliation done so well. Everything isn’t what it was before she stole Bruce’s money, but I hope to see where they can go from here. The Bat/Cat romance is something I’ve loved forever. The relationship has so much potential and growth for both but unfortunately Batman has a certain status that I fear he’ll never be able to get away from. Superman has Lois, Reed and Sue, there are characters out there with that one true love that they don’t seem complete without the other. Batman has Gotham, and he’s not allowed to have that happy ending he deserves after the decades of emotional torture he’s endured. 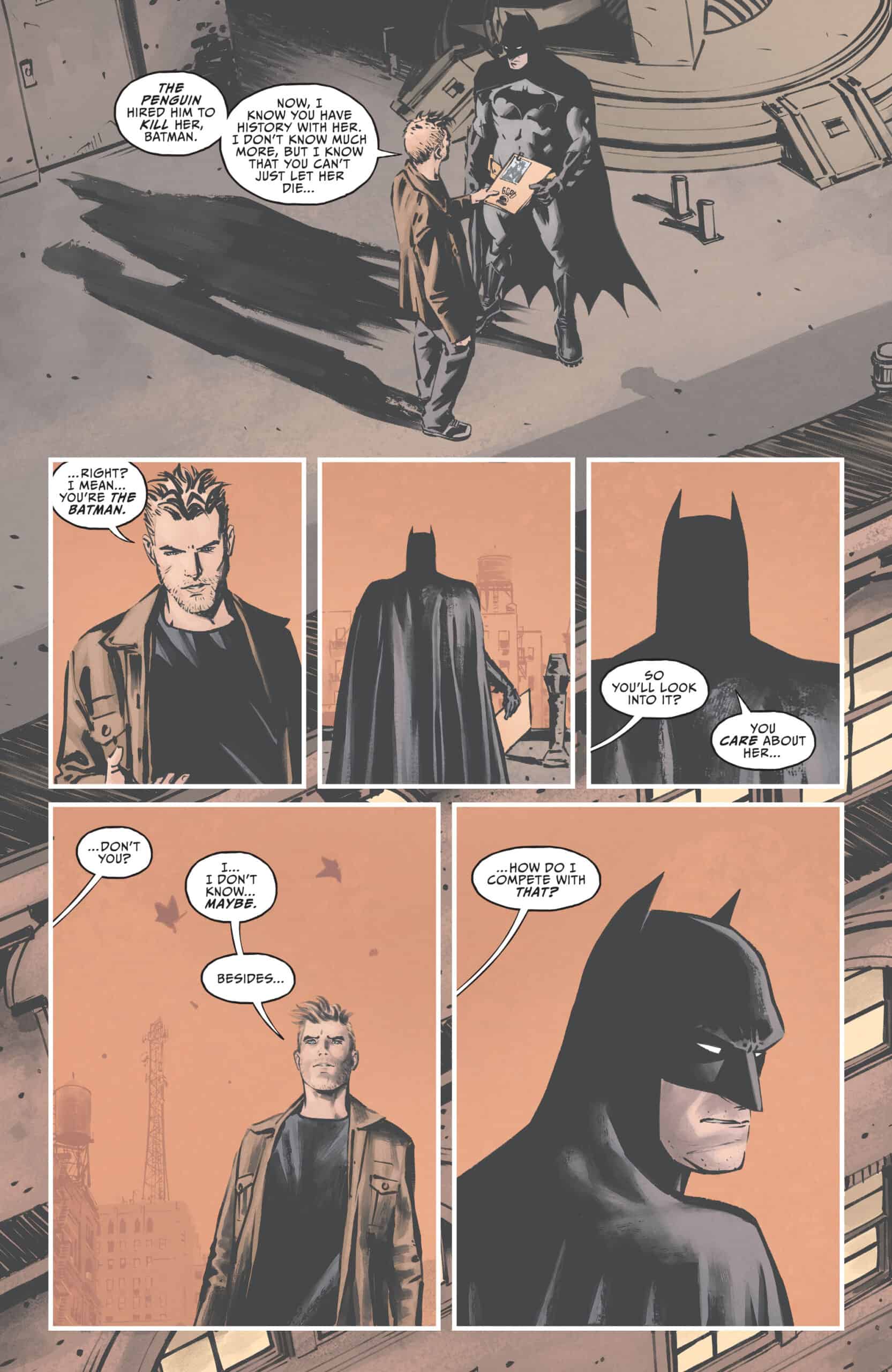 One thing I definitely needed to address was Blanco’s art for this issue. Where did he come from? He’s pulling out tricks that I haven’t seen from him before, and it’s absofuckinglutely beautiful. There’s a grittiness he brought to this issue that literally made me go back to the credits to see if there was a guest artist. He’s come such a long way, and I can’t wait to see where his artistic journey will take him next.

Ram V and Fernando Blanco are are setting the stage for Selina’s entry into the upcoming Bat crossover, while continuing to build on his Catwoman/Valley/insidious wealthy white men who are pulling the strings arc. This series continues to show why Ram V is a master of his craft, and paired with Blanco is a match made in comic book heaven. These two should be on your radar.