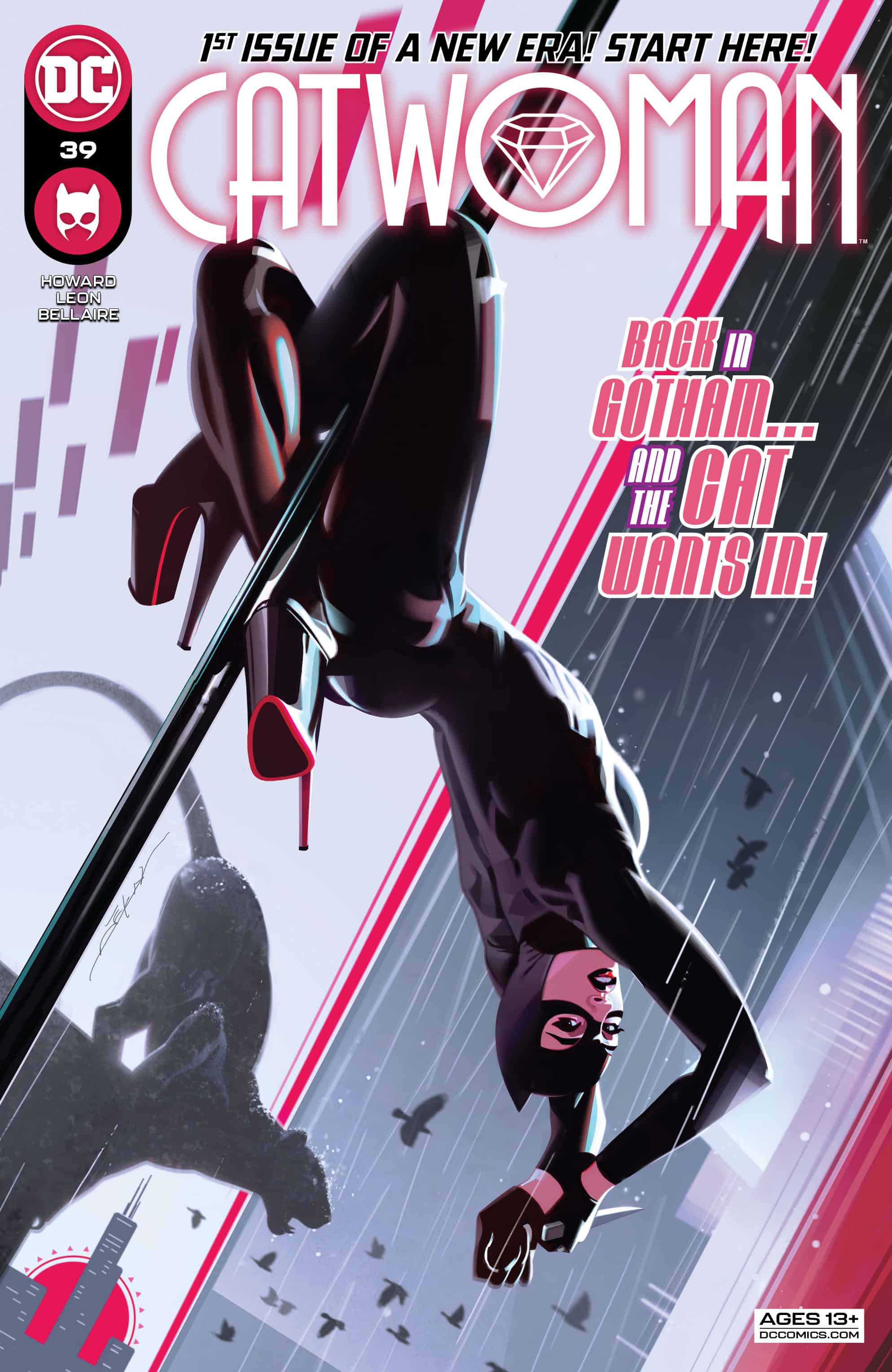 Meow, Catwoman is bored of Alleytown and has returned to Gotham City proper for bigger fish to fry and to go back to doing what she does best…stealing crime boss secrets for blackmail and looking damn sexy while doing it, of course. New ongoing series writer Tini Howard makes her DCU series debut writing the cat of the night, placing Catwoman in her first blackmail heist disguised as a stripper at Gotham’s most secure underground club! Oh, Catwoman, hiding in plain sight in five-inch platform heels at a gathering of Gotham’s crime elite while surrounded by all the beautiful women and other shiny things to look at…what could possibly go wrong?

A new chapter of Catwoman begins with Catwoman #39 by Tini Howard and Nico Leon. While Howard’s writing is flirty and fun, it’s Leon’s art accompanied by Jordie Bellaire’s colors that really propel this issue. A large chunk of the story takes place at a strip joint, so the bright purples paired with Leon’s pencils give it a very magical feel.

In fact, I may even go so far as to say this run feels a bit magical girl-esque. Magical girl is a genre of manga and anime that show young women becoming powerful guardians of peace, love and justice. Sailor Moon is probably the most famous example, and this issue felt like it pulled some inspiration from the hit series. There’s a cat (the adorable Duchess, one of the cutest comic cats I’ve ever seen), a new love interest with Valmont (a masked crusader not unlike Tuxedo Mask), and a group of villains, some new and some who have a past with Selina. 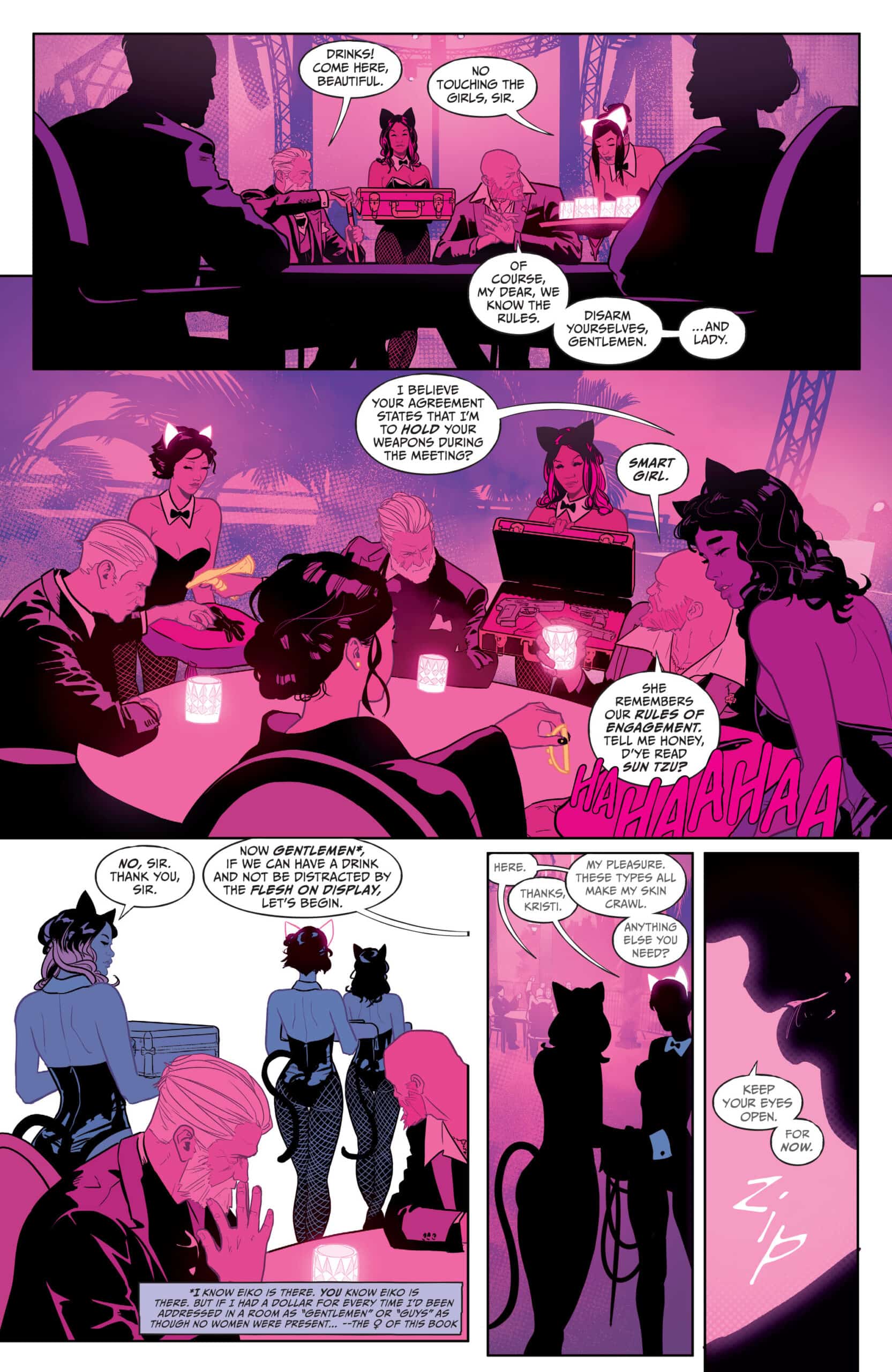 As a casual Catwoman fan, I’m really delighted to see emphasis placed on Catwoman fighting for the “little guy.” She risks her life for the downtrodden, like the exotic dancers who the villains were very quick to attempt to kill. I’m also loving her outfit. I despised the armpit cutouts at first, but this issue makes them decently fashionable.

The villains are a bit lackluster with the exception of Eiko Hasigawa and the surprise villain introduced late in the story. I’m assuming Howard has plans for fleshing out the adversaries, and the fact that their biggest weaknesses are their secrets can lead for some very fun Catwoman moments.

Catwoman #39 is off to an intriguing start. I'm definitely in it for the long haul, and I'm very excited to see where Catwoman's adventures lead her next (as long as Duchess is by her side).