Catwoman #44: There’s an Assassin on the Road 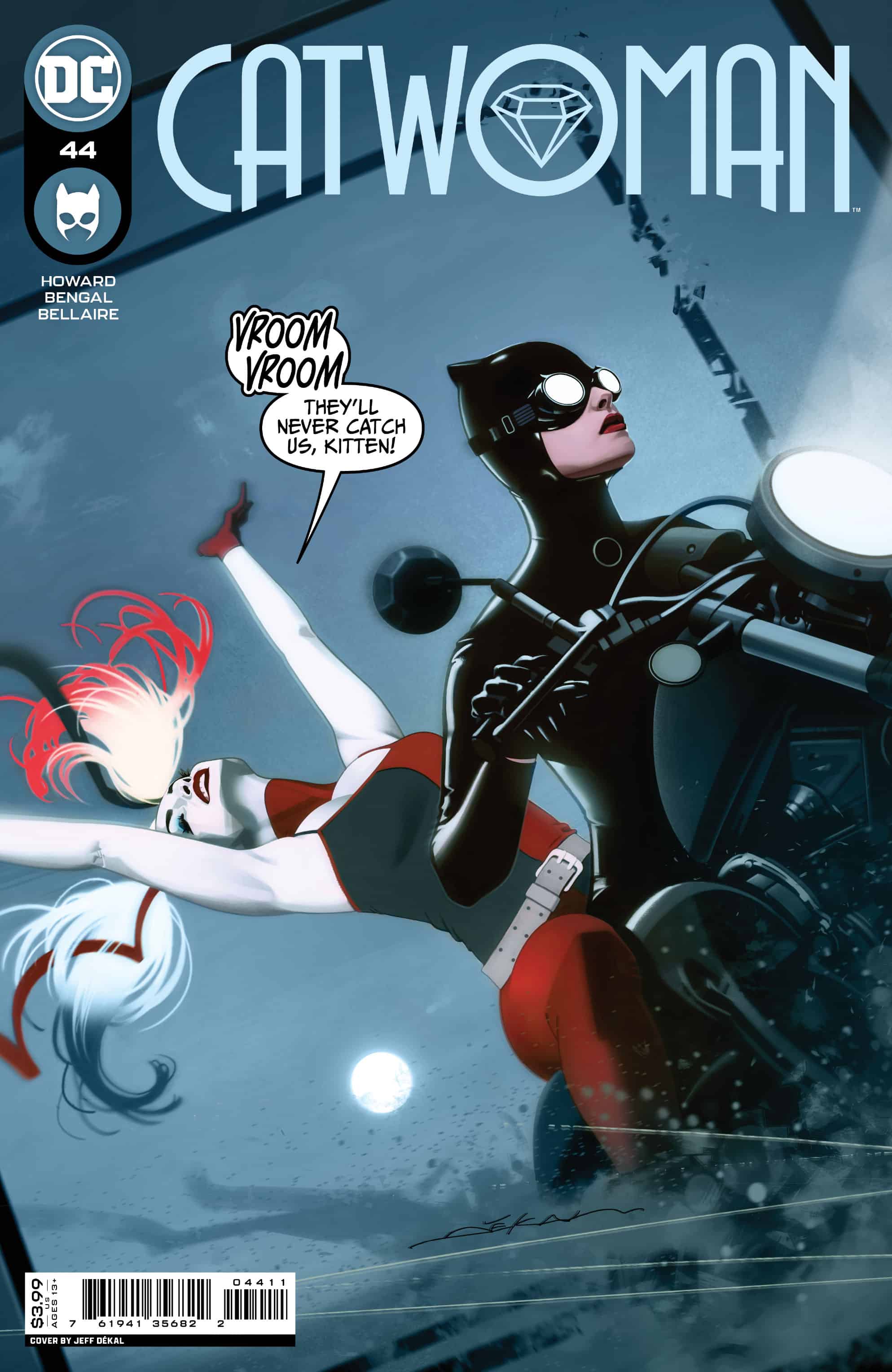 Harley Quinn and Catwoman get their gals’ out-of-town trip at the roller derby crashed when some mysterious creep runs them off the road...and then follows them around at the derby! But this is Catwoman and Harley Quinn—you stalk them, and you’ll pay for it...maybe with a limb or two. Meanwhile, there seems to be more than one lurker in the shadows, because Red Claw is on scene looking for the girls too...but you’ll have to pick up the issue to find out why!

Harley and the South Gotham Sirens duke it out on the roller rink with the Female Furies while Catwoman has her hands full with Red Claw. Unfortunately, neither plot is very interesting. The second entry of a two-parter, Catwoman #44 suffers from the same issues as the previous issue in that it has completely broken away from what has made Tini Howard’s run on the book so great. All of the key figures (except Duchess, that cutie) are out while Harley Quinn is in. And by the end of the issue, I felt that Harley Quinn was completely unnecessary for the storyline. Two issues that went pretty much nowhere with virtually no growth from our protagonist.

The roller derby stuff is quickly shuffled away after the first few pages. I get that Howard wanted to have Catwoman in a public place so that Red Claw could attack, but I found my eyes glazing over when the characters were talking about the mechanics of the match. This would all be fine and dandy in a Harley Quinn comic, but for Catwoman I was not thrilled. Also, as a Female Furies stan, I was waiting for Lashina, Stompa, and the gang to burst in and kill these women for sullying their names.

Then there’s Red Claw. I’m a big fan of the character from Batman: The Animated Series, and I was surprised to learn she had never, not once, appeared in a mainline Batman title. However, the menacing crime boss is gone and in her place is a joke of a mercenary who fails at pretty much everything she tries to do. There’s also a ham-fisted moment near the end about men who hurt women and Red Claw being duped by Black Mask. These are important themes, but I found the execution lacking any nuance. Maybe I’m just wearing rose-colored nostalgia glasses, but Red Claw deserved better.

I did find it odd that Catwoman sent back the “creep who wants to hurt women” to Black Mask, who will undoubtedly kill the dude. It seems a bit cold and out-of-character for Catwoman. Next issue should see the title (hopefully) return to normal, though I worry about bringing in Batman already when Catwoman has been great on her own. We shall see next month!

I was pretty disappointed with this issue, despite the introduction of Red Claw into the main DC Universe. The villain wasn't very intimidating or formidable, and Harley Quinn really dragged the whole story down.

Catwoman #44: There’s an Assassin on the Road