REVIEW: Champions #16 (All Too Human-Champion For A Day Part 1)

Vivian Vision is adjusting to life as a human. Meanwhile, the Champions are on a recruiting drive to bolster their strengths. 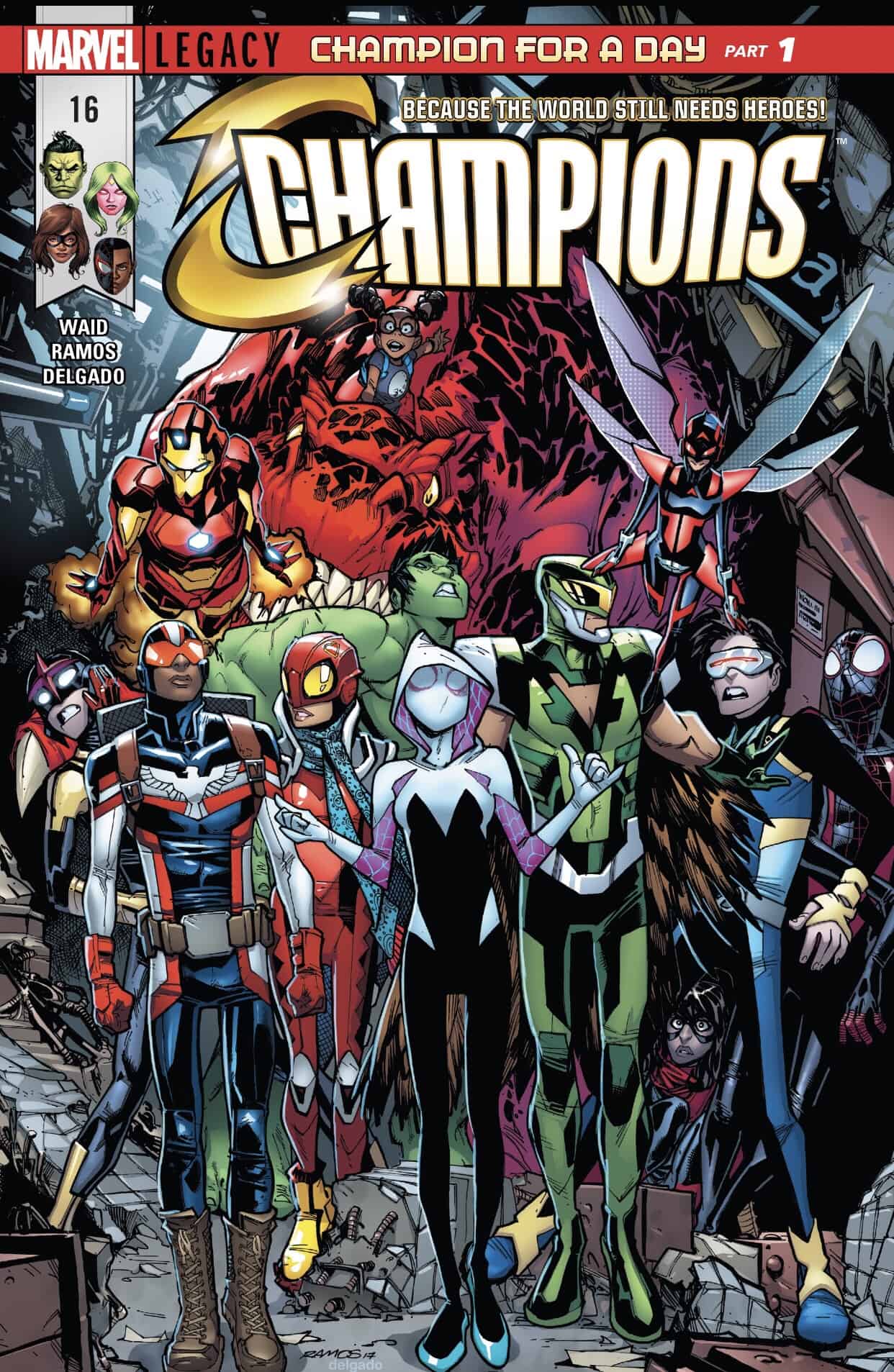 What You Need to Know: Thanks to the combined efforts of the Champions and the Avengers, the High Evolutionary was defeated before he could destroy the Earth and counter-Earth. However, before the Evolutionary could be defeated, he turned Vivian Vision from a synthazoid to a human. Now Viv must adjust to being a normal human and a new sister. A sister her father, the Vision, built out of desperation when he thought he lost Vivian in their battle against the Evolutionary. With Viv, human and unable to be part of the Champions. The team must also consider what to do about losing a team member and how to make up for their loss of power. 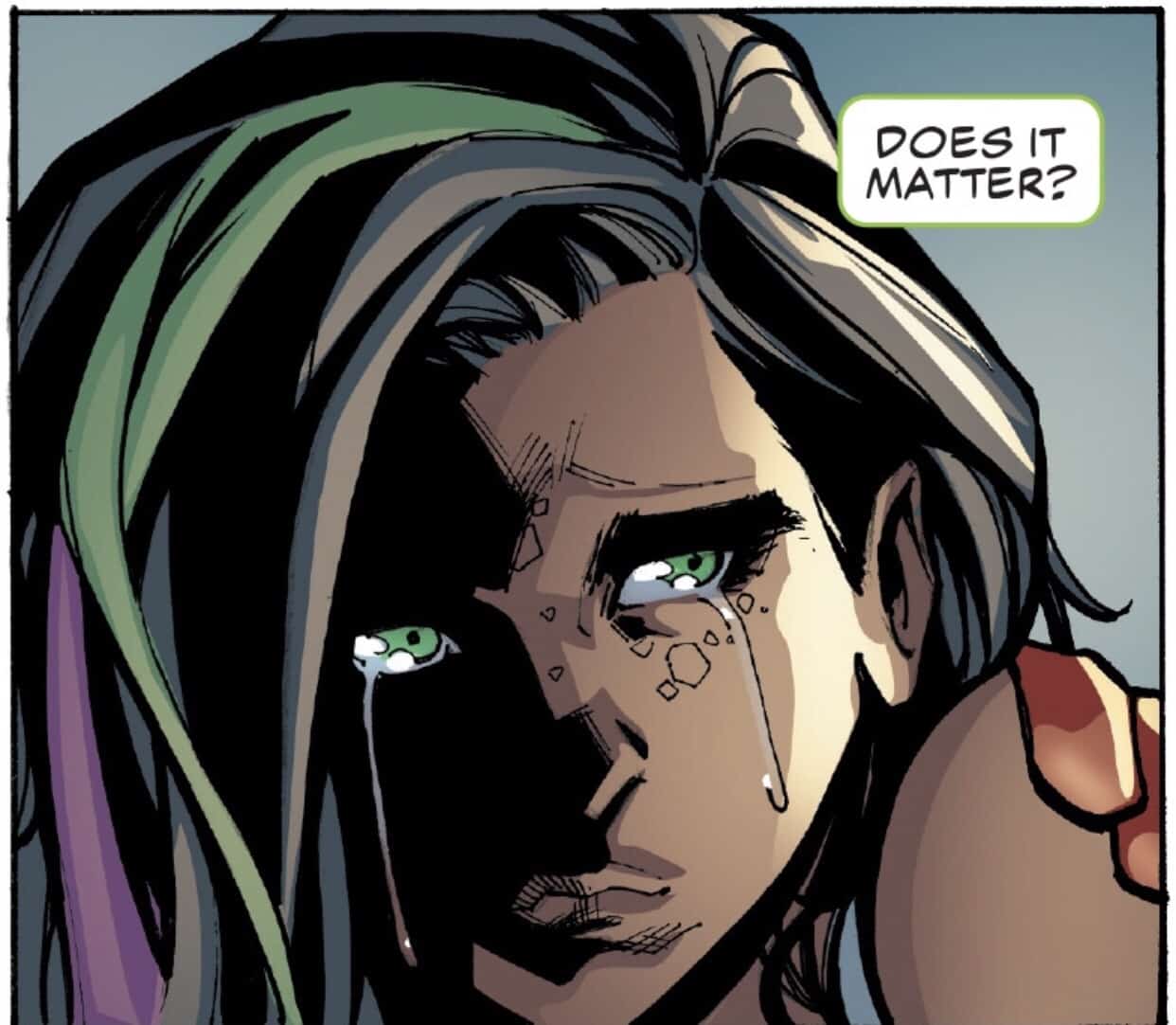 What You’ll Find Out: Viv is human now and more than that, she has a new sister, Vivian. A sister that can do everything Viv used to be able to do. And for Viv, the question is, does she even matter anymore? A few days later, the Champions vote on if they should ask the new Vivian to replace Viv. But they decide it would be wrong to get “Viv 2.0” to replace her sister. And while it’s emotionally difficult for some of them to think of finding a replacement for their friend. There is no denying they have a huge loss when it comes to powers and strength that Viv used to bring to the team. Ultimately the team decides to go on a recruiting drive.

Moon Girl and Devil Dinosaur are stopping a robbery in which Cyclops and Nova help stop. Nova gets a little carried away by teasing Moon Girl and Devil Dinosaur takes it a little personal. Ms. Marvel and Spider-Man assist Red Locust, the young Falcon (who’s looking for a new code name), and Patriot takes down some coyotes who are extorting immigrants trying to cross the border. When Ms. Marvel invites them to join the Champions, Red Locust jumps at the chance. Hulk and Ironheart have a conversation in math (I think lol) which seems to end really well.

Nadia, the new Wasp, and Vision discuss what Vision as Viv’s father needs to do to help her adjust to being human. And how to deal with having a sister who is basically a twin of who Viv used to be. The new Vivian is aware that her sister is not like her and their father. Viv is human now and fragile and that Viv was all Vision ever wanted for a daughter. Vivian is an accident of birth and not what the Vision intended to create. What will all this mean? And why are the Vision and Vivian, synthazoids, sneezing? 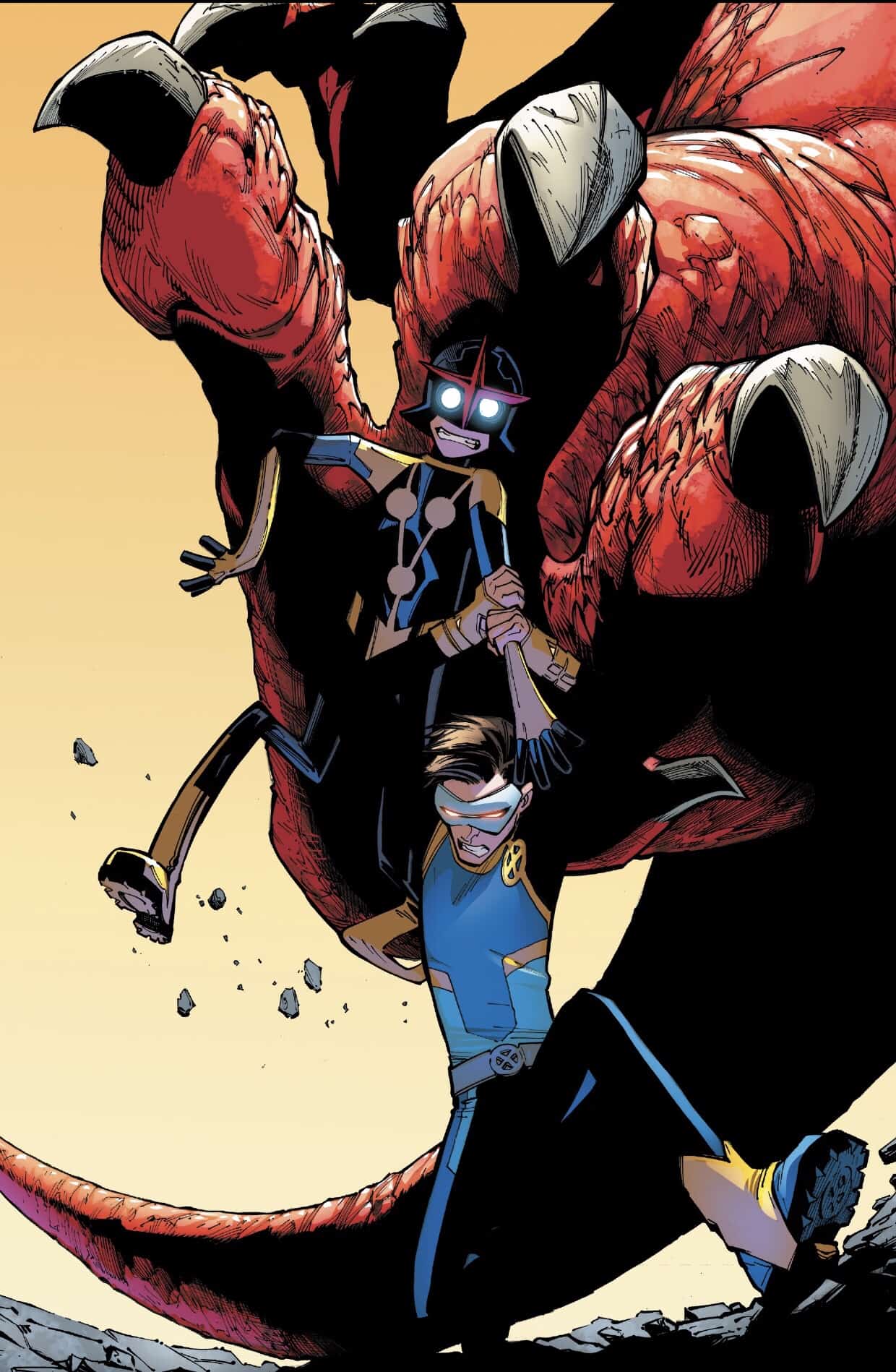 Mark Waid has switched gears back to the focus on how young these heroes are. More than that, he’s added a family quality to the book giving it more heart. Even coming full circle in which he started out the book with a bunch of young heroes trying to make a difference. Now they have a name out there and other young heroes are just as eager to join. And while the recruiting drive is fun to see who’ll be a Champion next. The sibling aspect between Viv and Vivian is what drives this story. Waid takes a familiar concept of what it’s like when one sibling feels they aren’t as special as the other and takes it to the next level.

Ramos and Delgado…I probably sound like a broken record when it comes to these guys. But they’re perfect for this book. They just add to this book and make it so much more fun. Just look at the interaction between Moon Girl, Devil Dinosaur, Cyclops and Nova. Or the moments between Viv and her dad and you’ll understand what I mean.

Final Thoughts: This book is from start to finish, a must read. Nothing is overly complicated or unnecessary. There is no wasted motion is the writing or its art. It’s fun, heartfelt, and meaningful from the word go. I can’t wait to find out who’ll become a new member of this awesome team. And more than that, I’m looking forward to the resolution, if any, for Viv and her sister Vivian. And what is up with Vision and Vivian? I didn’t know they could sneeze. This is the only book that makes me feel like a kid again who can’t wait for the next issue.