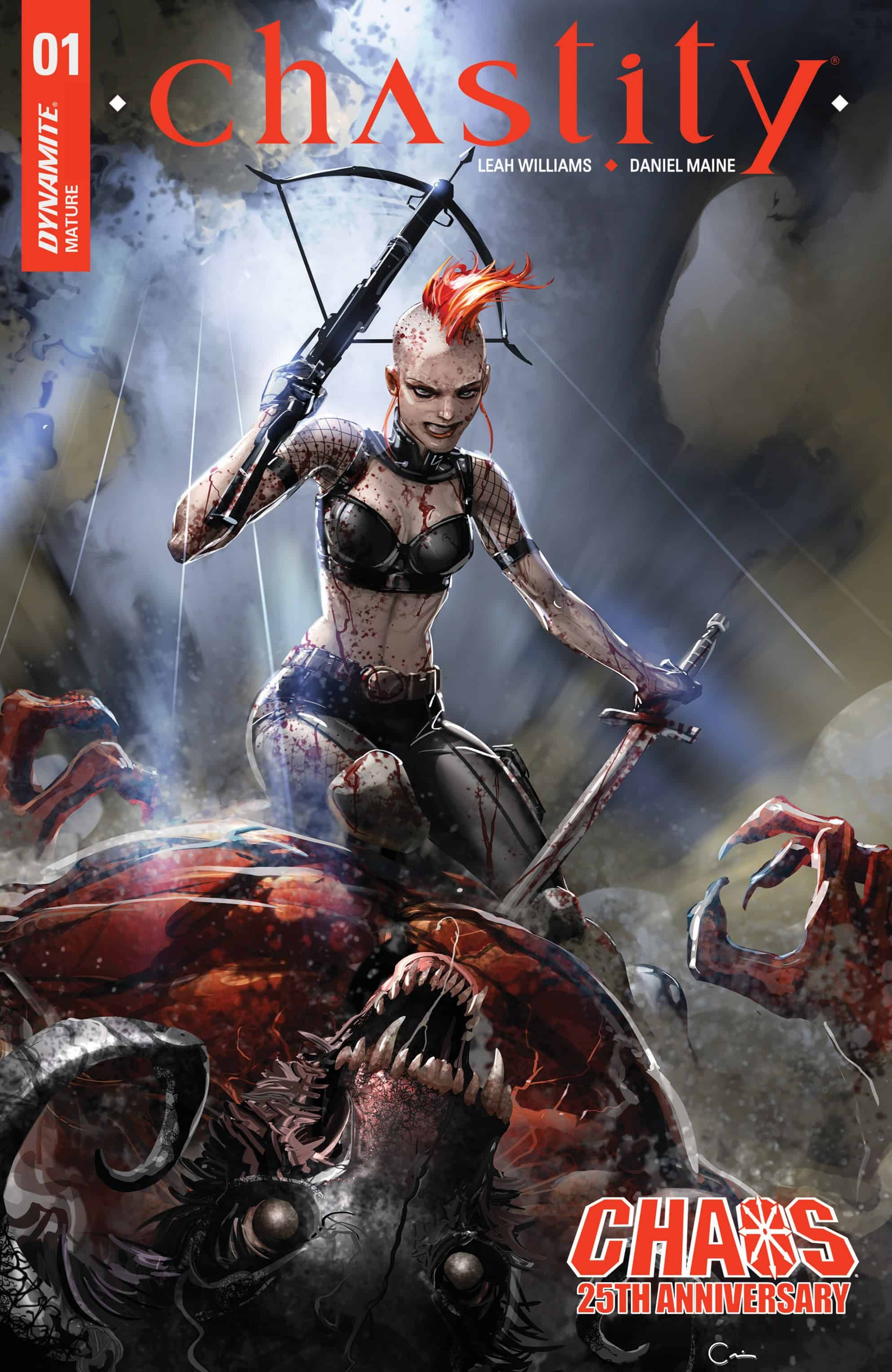 Chastity Jack has been kidnapped, to the great misfortune of her kidnappers. She, along with a dozen other young women, arrive at an audition for a prestigious New York City burlesque act hoping to land a coveted spot in the popular show. When they wake up in chains on a spooky cruise ship in the middle of nowhere, they're congratulated on joining the cast. Realizing they've been drugged and kidnapped by human traffickers, Chastity Jack declines the offer. Grindhouse-style.

Chastity #1 is a book that is full of promises, with a badass sword and crossbow wielding woman taking baddies out grindhouse-style, what could go wrong? Unless of course, that isn’t what’s in the book… 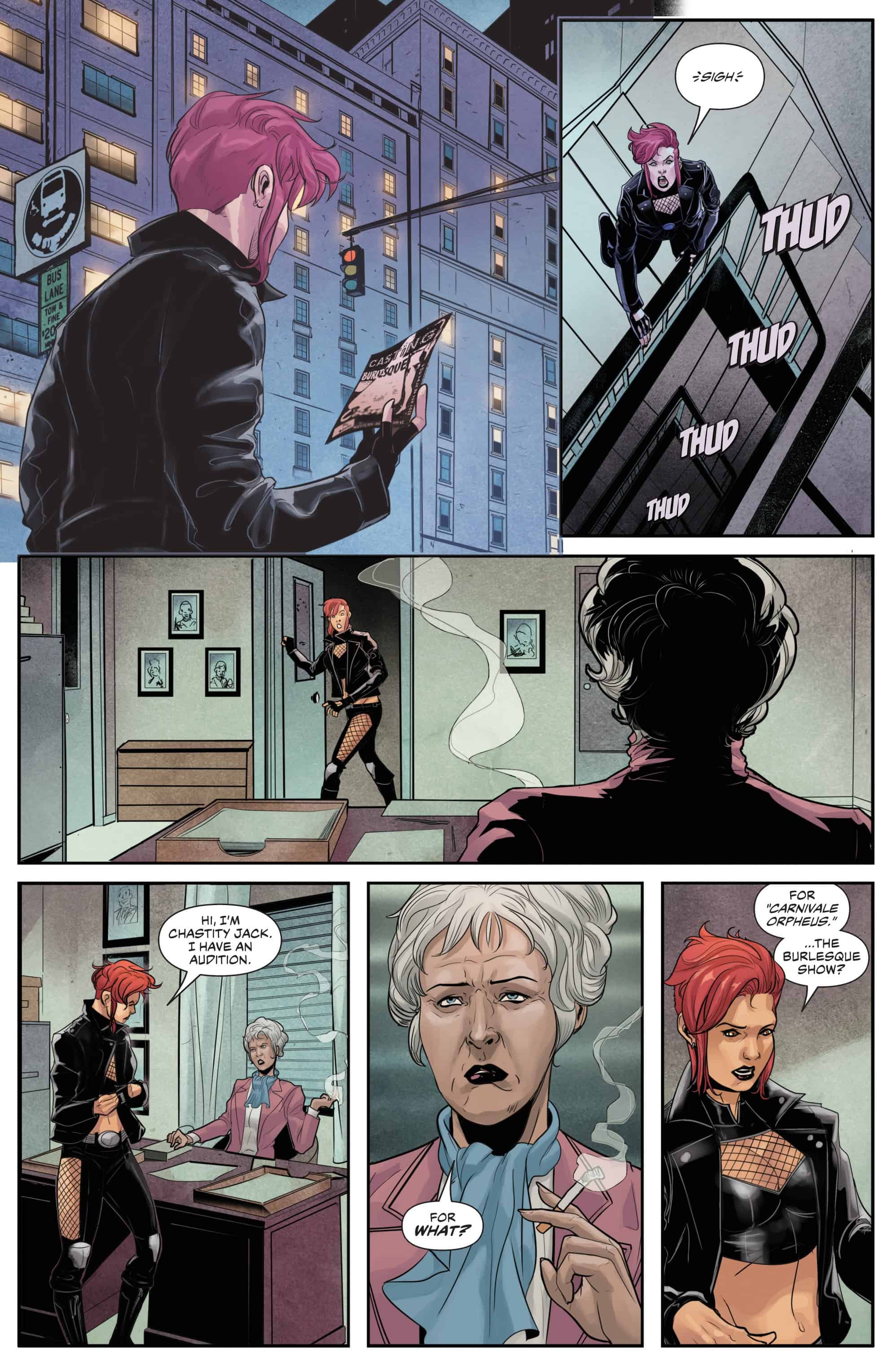 Unfortunately, for Chastity #1 that seems to be the case. While the half-human and half-vampire Chastity is certainly a badass woman, we don’t get much of that except for some quick knife work on a train. A lot of the introductory issue is just that, introductions. We learn about who Chastity Jack is and and thrown into this faux gig opportunity.

If you were looking for action of any sort, this really isn’t the issue. While I understanding taking the time to build the foundation for the story and develop key elements, this issue loses track of the need to hook readers outside of just the overall premise. Hopefully what’s to come is worthwhile, but it’s still hard to determine if the first issue managed to deliver enough to make me want to come back.

The artwork isn’t necessarily bad, but the script also doesn’t give it many chances to shine. There are almost 10 pages of the group of hopefuls simply sitting in a waiting room. Of course it’s all part of an elaborate plan, but the execution just doesn’t captivate the imagination as it was most likely intended. Still, there are moments of something really awesome, as Chastity Jack is a character that suits comics particularly well and the artwork taps into that briefly.

The potential is there, hopefully this creative team has greater things in store! Maybe a teamup in the near future with Vampirella would help kick things up a notch?

Chastity #1 is a book that promises something great, but comes up short in terms of execution. Hopefully the best is yet to come.