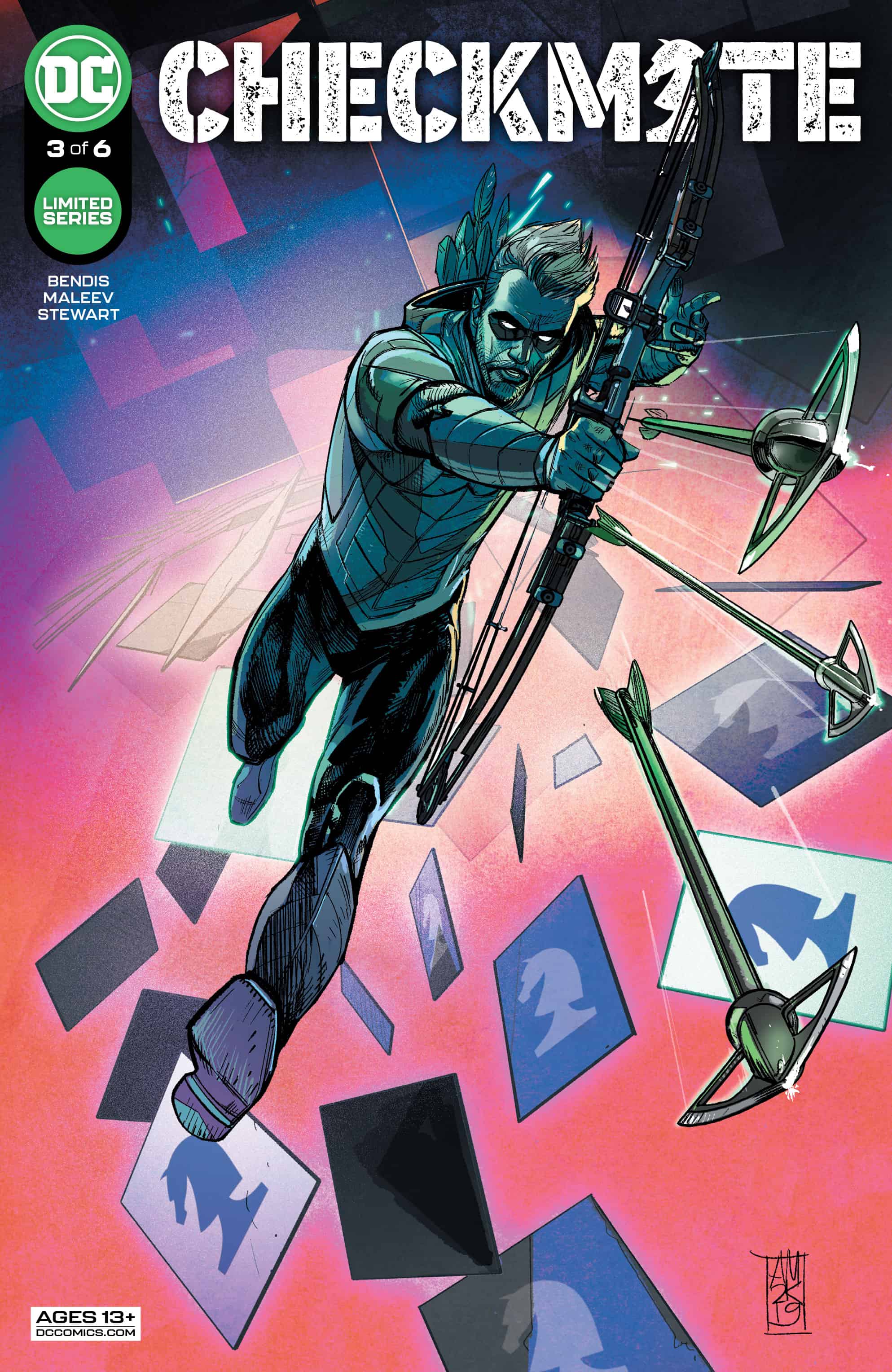 All-new story! As the super-spies try to keep Leviathan from getting its hands on the Heroes Network, Lois Lane does her best to get to the bottom of the new truths in front of her. Meanwhile, her husband-the Man of Steel-has had just about enough of Leviathan. That’s right, finally! The man behind the rise of Leviathan, Mark Shaw, and Superman clash! Plus: Who is Mr. King really? Guest-starring Robin and Talia al Ghul! And Superman. 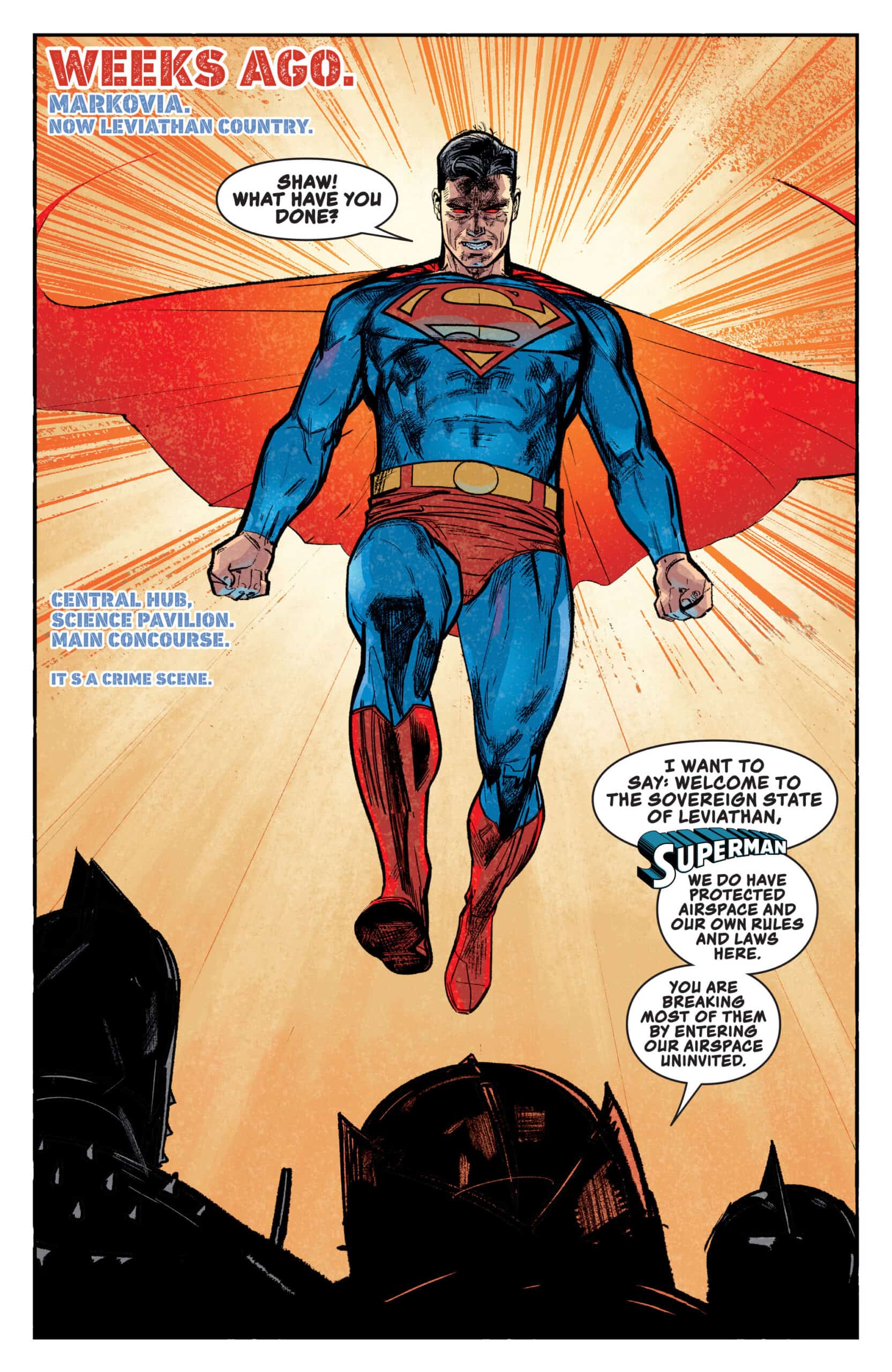 The term “checkmate” indicates the end of a game of chess, but when it comes to Checkmate #3, I’m not even sure if the opposing sides are done setting up the board. Maybe the pieces are set up and moves are being thought about because this issue has a lot of standing around. Despite multiple locations, countries, teleportation, and even time jumps, Checkmate #3 feels stagnant. The momentum of this issue rides on the cape of Superman, who made an appearance at the end of issue #2 and continued to the opening pages of this issue. Despite being a book about Checkmate, a team of detectives, the series seems to still be in the shadow of Superman and Batman, where the latter is only mentioned. As always, Alex Maleev’s art and Dave Stewart’s colors work impressively together, especially shining in dark settings. The team works in the shadows but they aren’t lost in the dark hues. 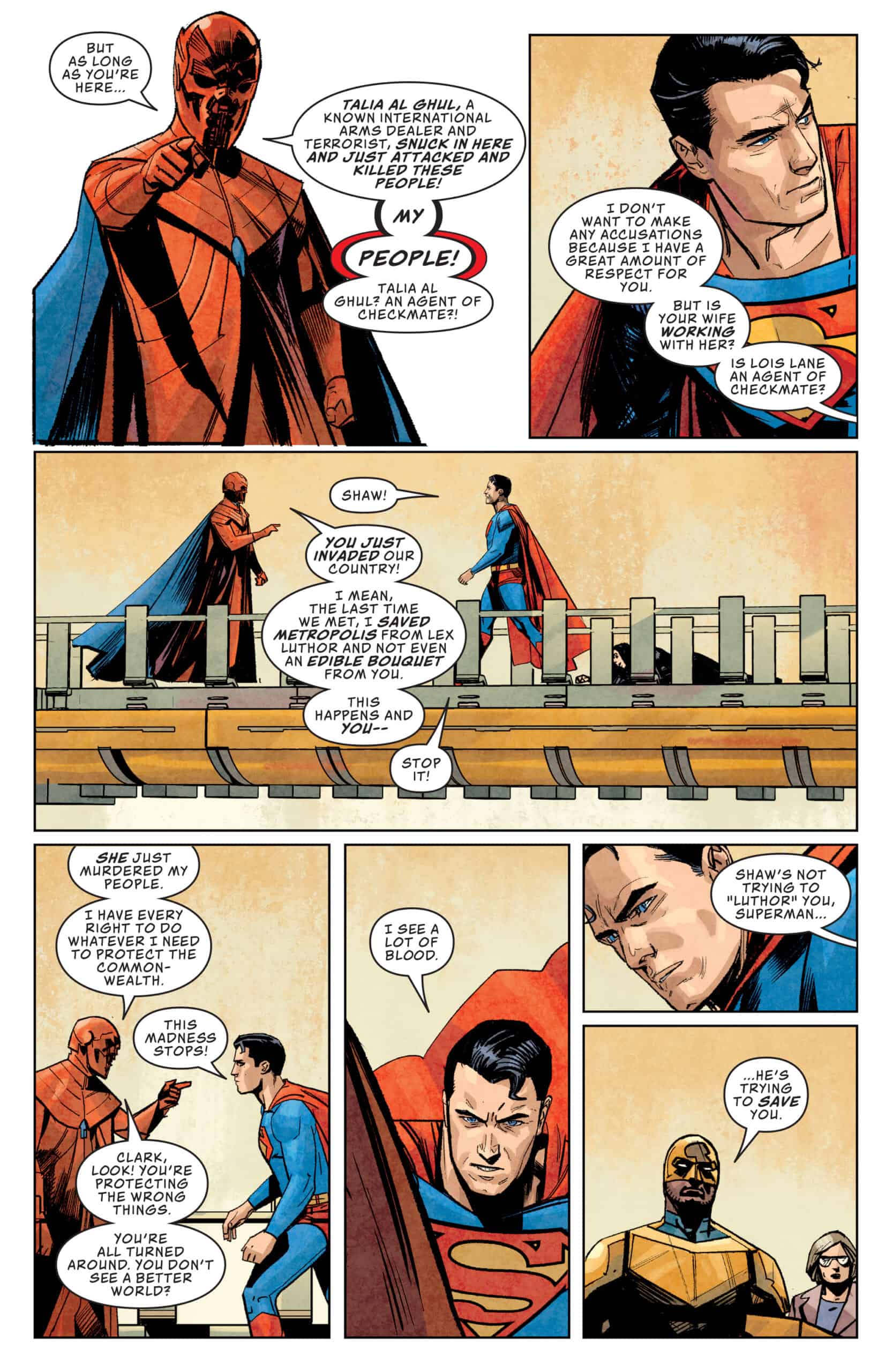 The team’s discoveries feel like sheer luck, which is a waste when you have some of the best detectives just hanging around. Lois Lane only realizes what Shaw’s goal is after he teleports her to the Hall of Justice.  Damian Wayne contributes more to the team than most and he isn’t even a member. As of right now, readers need to take Bendis’ word that everything is coming together. If the team is falling into a trap, then it feels forced and cheap. My curiosity lowers after each issue, but that doesn’t mean I’m not interested to see where this goes. Bendis has taken Leviathan across multiple titles and series, so if this is where it ends, it might be worth hanging around.

Checkmate #3 has all the pieces to be an engaging spy thriller but somehow feels stagnant. Realizations may be coming, but will it be too little too late?