Checkmate #5: Standing Around in the Dark 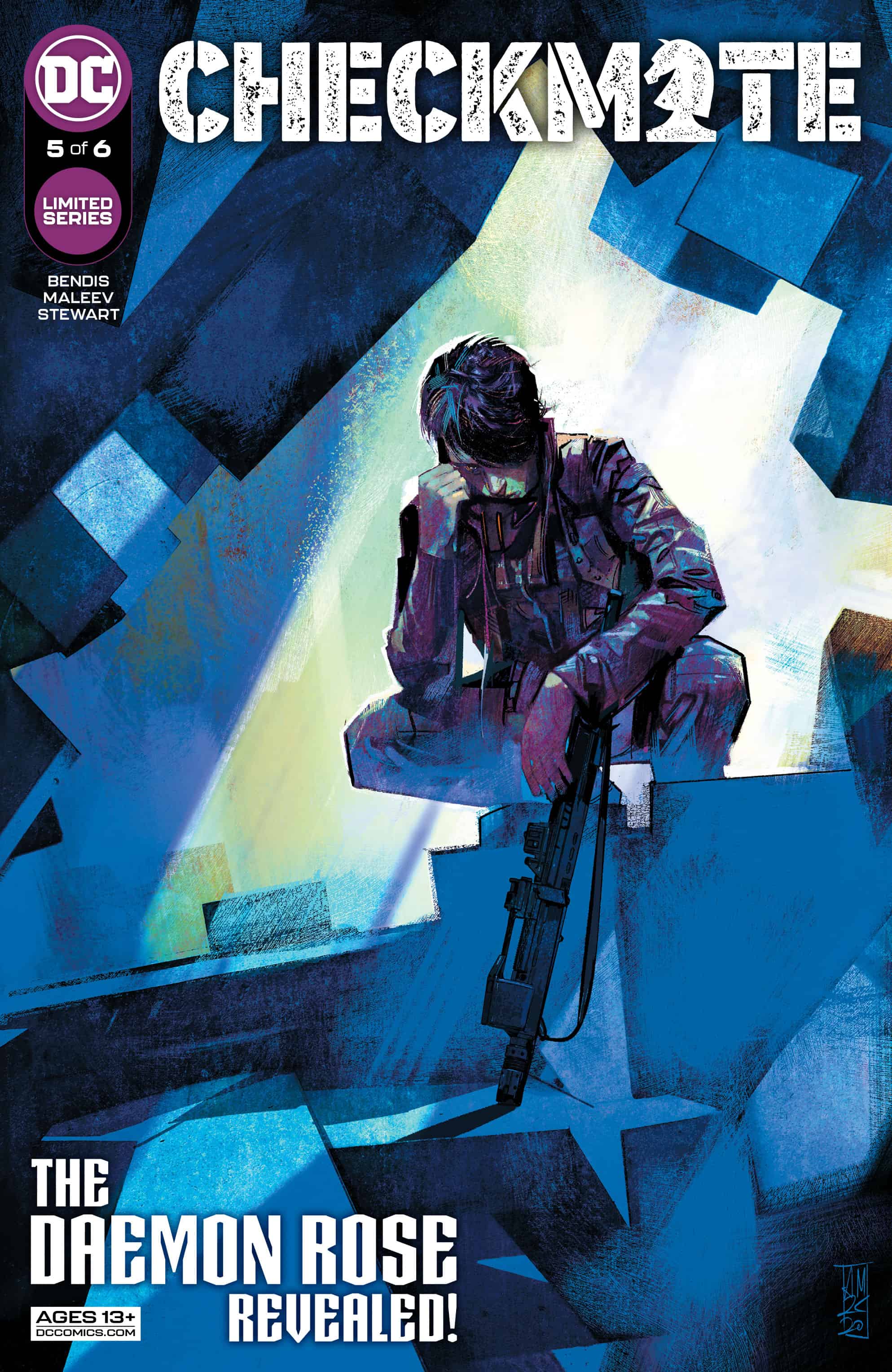 THE DAEMON ROSE IDENTITY…REVEALED! Ripped from the pages of Justice League! As Checkmate digs deeper, it’s obvious that what Leviathan is selling is a dirty lie that cannot sustain itself…so Checkmate has to…INFILTRATE LEVIATHAN. But with Checkmate being so outside of the system, once any of them go undercover, they are officially…not on our side. 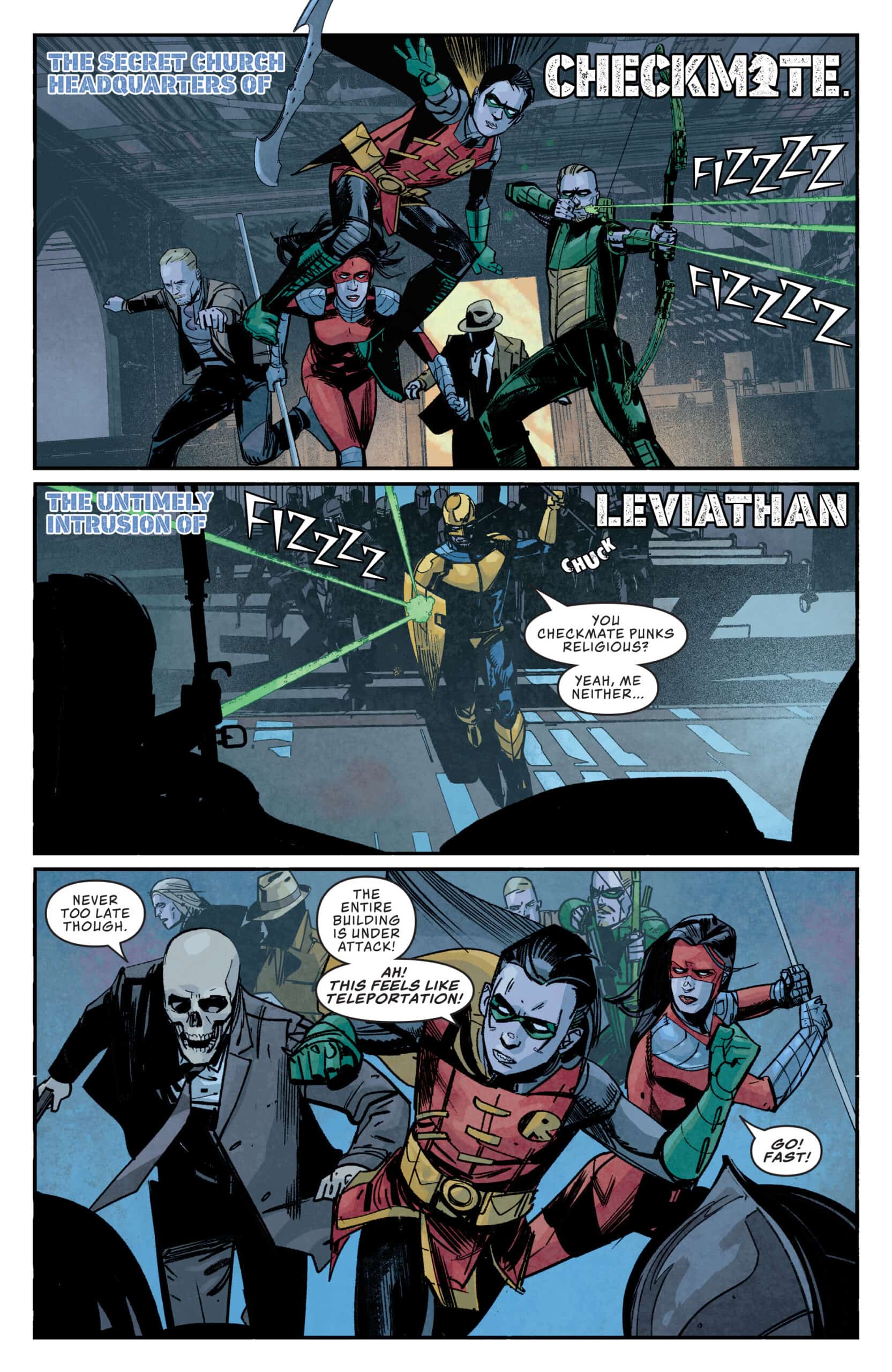 Checkmate #5 hits shelves this week and continues to unravel the mystery of Mark Shaw and Leviathan’s plans. With the final issue approaching, I thought I’d celebrate with a joke. An Australian person is eating at a chess-themed restaurant in the United States, and the waiter approaches the table and asks, “Is there anything else I can get you?” The Australian shakes his head no and says, “just the check, mate.” I wrote this joke so Checkmate #5 won’t be the worst chess-themed thing you read this week. 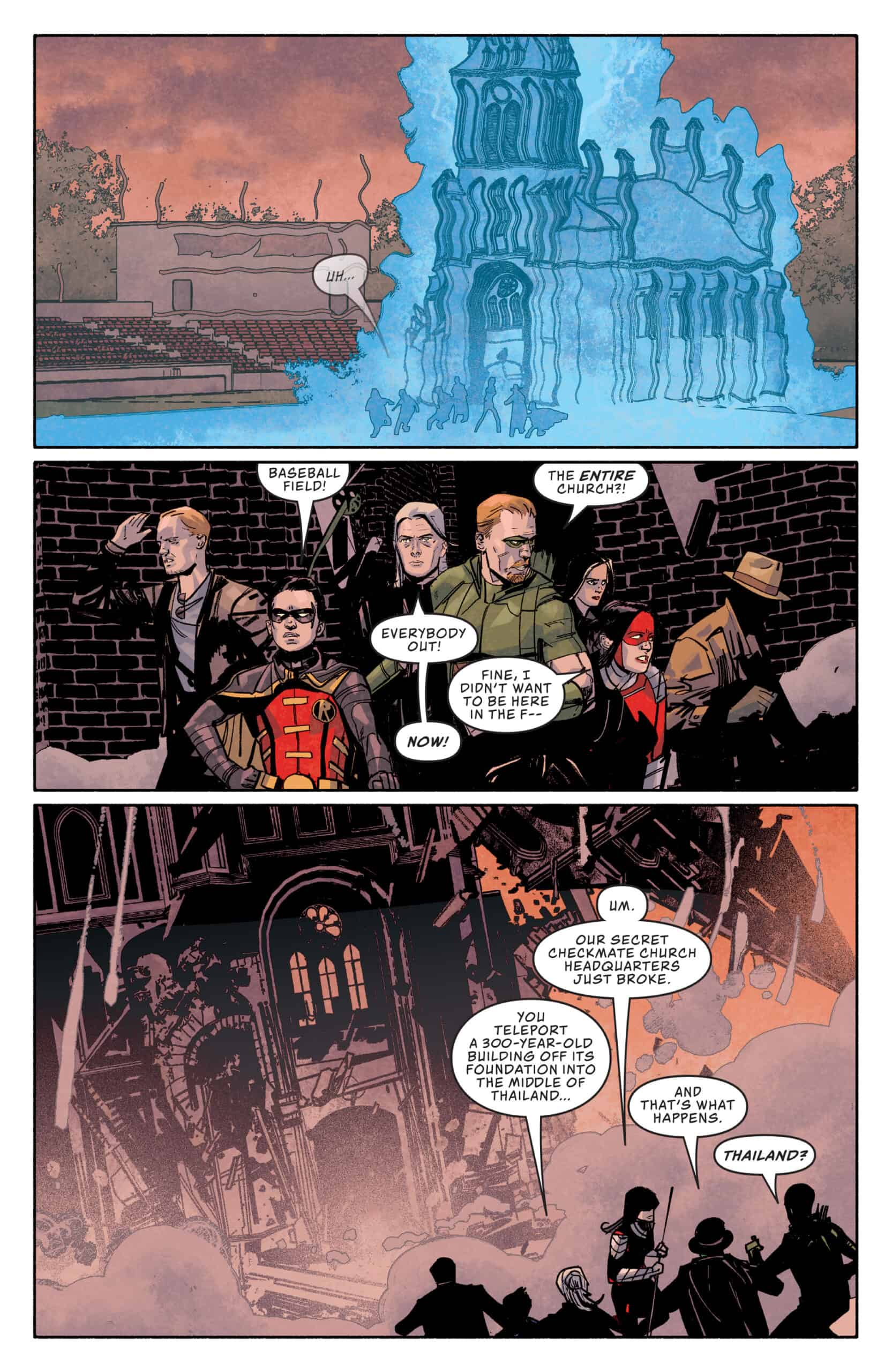 Issue #4 finally gave readers a taste of some action with Leviathan troops infiltrating Checkmate’s hideout. I was thrilled to find issue #5 picks up back in that action. Good things don’t last. However, we do get a change of scenery. I have criticized every issue of the series for essentially being the team standing in a dark room with bland dialogue. This time around, the team is teleported, along with their hideout, to Thailand. It was a breath of fresh air to have the team not standing around in a dark room. Now they are standing around talking outside in Thailand. Moments later they are back in a dark room talking for the rest of the issue. The team is able to use some type of portal to get them to the basement of the Hall of Justice where they can observe what is going on above. At one point the power goes out and every single person in the Hall of Justice is now in a dark room talking.

Lois Lane’s storyline gets somewhat interesting with the reveal that Daemon Rose is her brother. I was getting Kyle Reese and Sarah Connor vibes from this issue which is a vibe I should not be having. With the issue ending with Shaw confronting Lane and Daemon Rose, issue #6 needs a Hail Mary to make sense of it all. Despite my criticisms, I am looking forward to seeing how this ends because I have been here since the start. I am a fan of every single person on the creative team and I’m excited to see what they do after the Leviathan books. They are all incredibly talented but seem to be stuck with a series that lost its spark pre-pandemic.

Checkmate #5 keeps readers standing in the dark talking amongst themselves hoping for a Hail Mary pass to make sense of it all.

Checkmate #5: Standing Around in the Dark