Children of the Atom #4: Slippery Ground

Children of the Atom #4 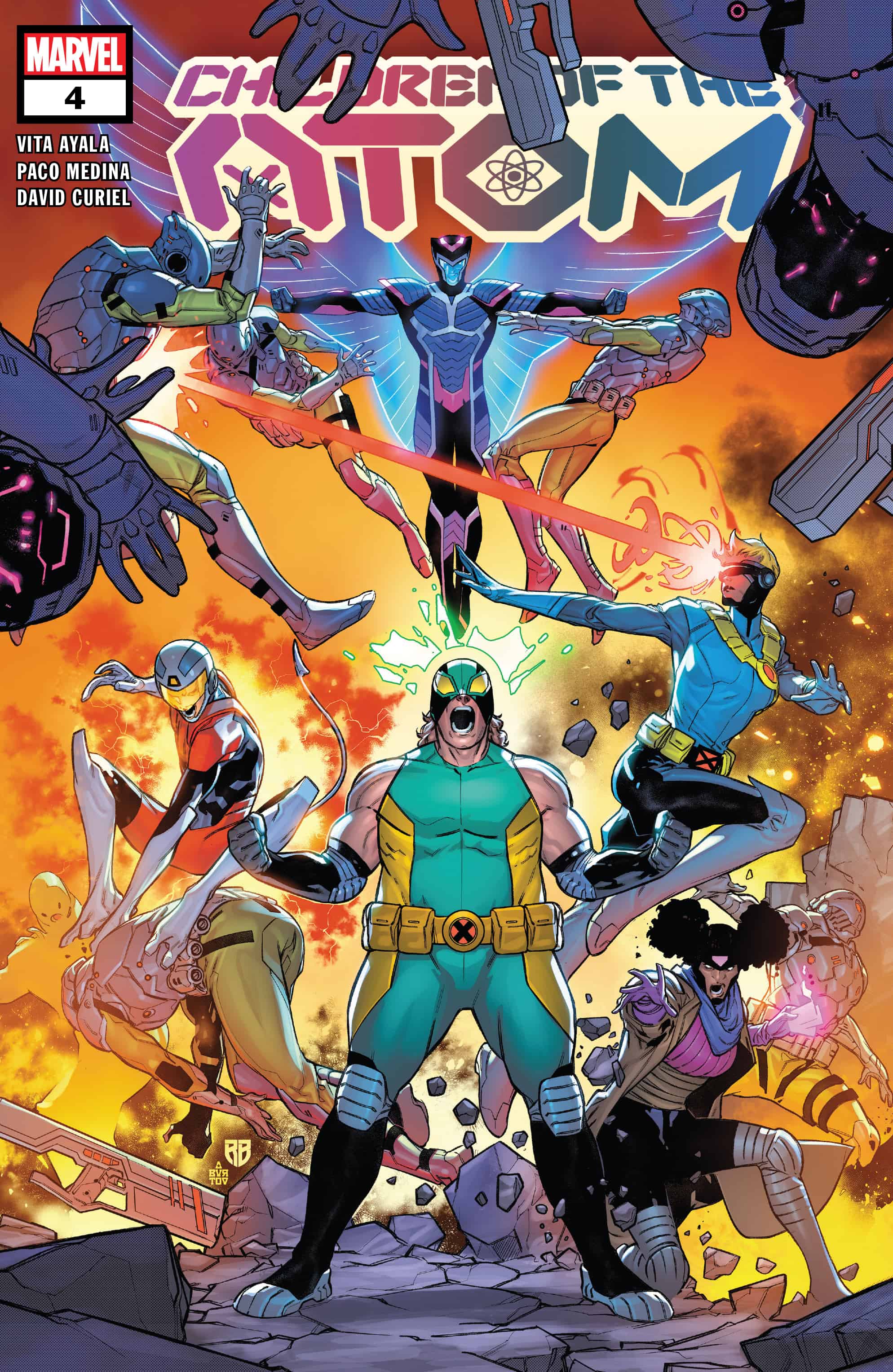 Krakoa is opening its doors for the Hellfire Gala?! Sounds like the perfect opportunity for the Children of the Atom kids to visit. After all, Krakoa is their home...right? What could stop them? Or rather, who…

CotA #4 opens with Benny A.K.A. Marvel Guy starting to reminisce why he feels he fits within this particular group of nerds and relating it to his experience of being adopted. And, while this internal monologue makes for a strong compelling case of character work (like Ayala has been excelling at since this run started), I was way more cold towards it than any of the other issues. And I have to disclose that part of it is I am disappointed at what has been revealed about the mystery (that is not really a mystery anymore) of Children of the Atom, and honestly maybe I was holding too much hope for a very unconventional story the book wasn’t really promising to deliver. But there’s also a significant part of my feelings prompted by the issue’s execution by itself. 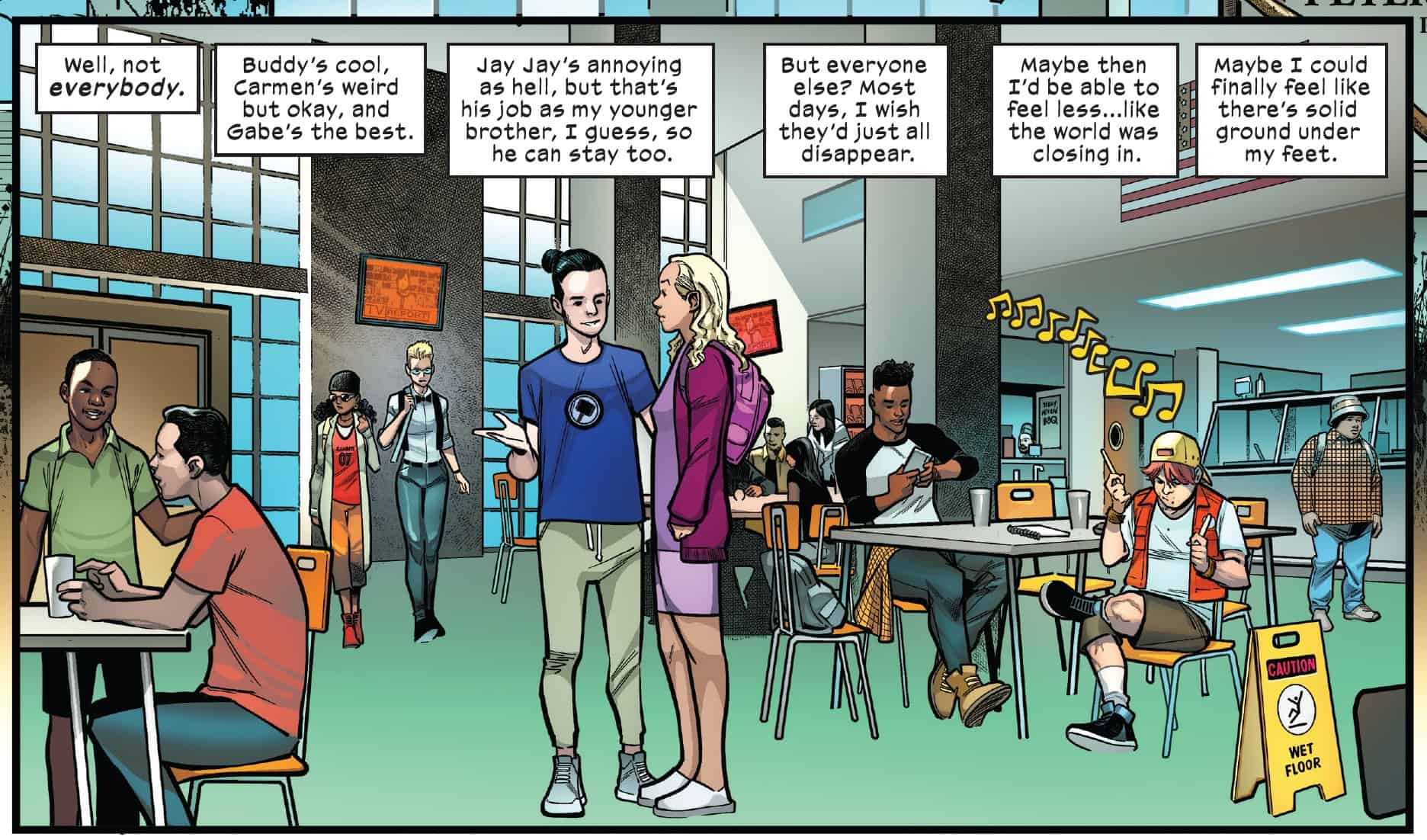 Where the previous three instalments had a very strong correlation and natural flow between the internal monologue and the action happening, this time they don’t mesh that well or naturally until the last five pages. Be it Hellfire Gala plot requirements, how Covid-19 has delayed CotA’s productions for literally a year, simply that even Vita Ayala can’t write an astoundingly resounding issue with perfect story beats every single time… here what we see happen to our group of kids doesn’t seem to resonate that much with the story Benny is telling the audience. His thought process works when the visuals are showing very explicitly his domestic life in main place, but everywhere else the issue feels disjointed.

The elements that have made CotA work until here are still there, though. Paco Medina’s art continues to reflect the action and the relationships within the characters in a detailed way, focusing on body posture, highlighting expressions, making them feel as lively as the dialogue and interactions they showcase. And Curiel’s colors are really good at giving depth to it. But this issue and its parts don’t have as many character defining moments, or even highlight Benny as much as last issue did Carmen. In fact, the only time we see his room, it’s mostly in a very dim light, shadowing the possible details of the art, and the lightning feels a lot of times like wanting us to not focus on him. And, while that could very well be an intentional effect, mostly it doesn’t make his story shine as greatly. And then there’s that uncomfortable kiss that I guess I have to talk about. 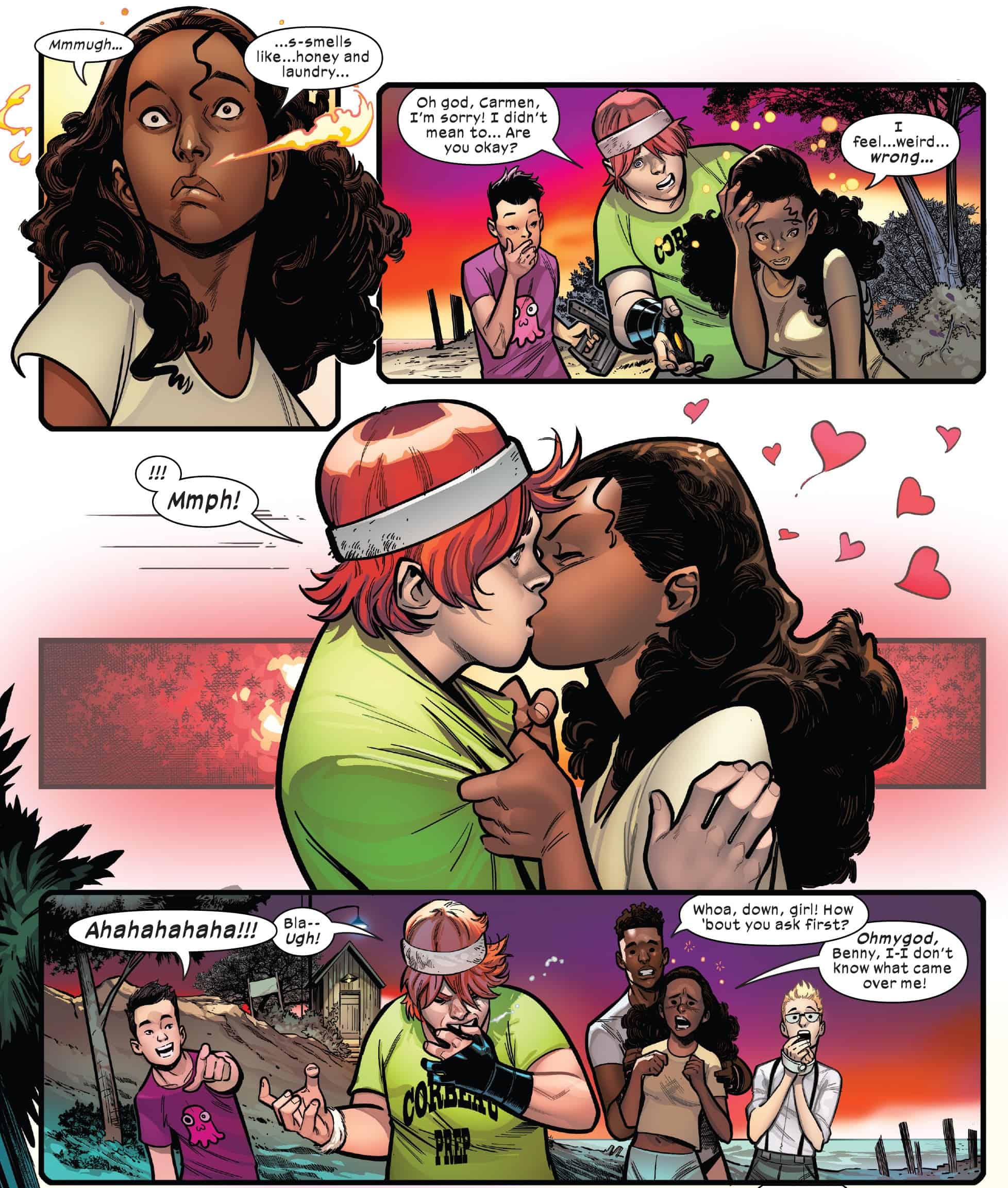 Making a lesbian character (as it’s explicitly stated later by Carmen herself) kiss a guy because of some supernatural power or external influence is one of my least favorite comic tropes ever, but it’s the execution here that really drags it off for me. The kiss itself is really uncomfortable, but at the same time it’s drawn and colored really cutesy and in an gimmicky way, as to draw the reader’s attention to it, and honestly the possible reason or payback to this moment (re: Benny possibly starting to recon with his experience of asexuality and/or aromanticism later in this same issue) is… Not enough for that kiss to be justified, or for this particular way of showing the scene. It feels gratuitously there and that the same message could have been conveyed in some other way.

Even with the difficulty this issue has for me to read and digest, the last five pages reconnect with Benny’s monologue of a chosen family more clearly, where Jay-Jay’s disappearance prompts for a much action-packaged, brilliantly executed closing scene, with plot-twists that collide in some promising threads for next issue to pick up. Even if it honestly feels like too late for it to pay off.

Overall, this issue was a drag for me, but a lot of CotA depends on how the themes that Ayala is laying here pay off, so it's a let's wait and see.

Children of the Atom #4: Slippery Ground