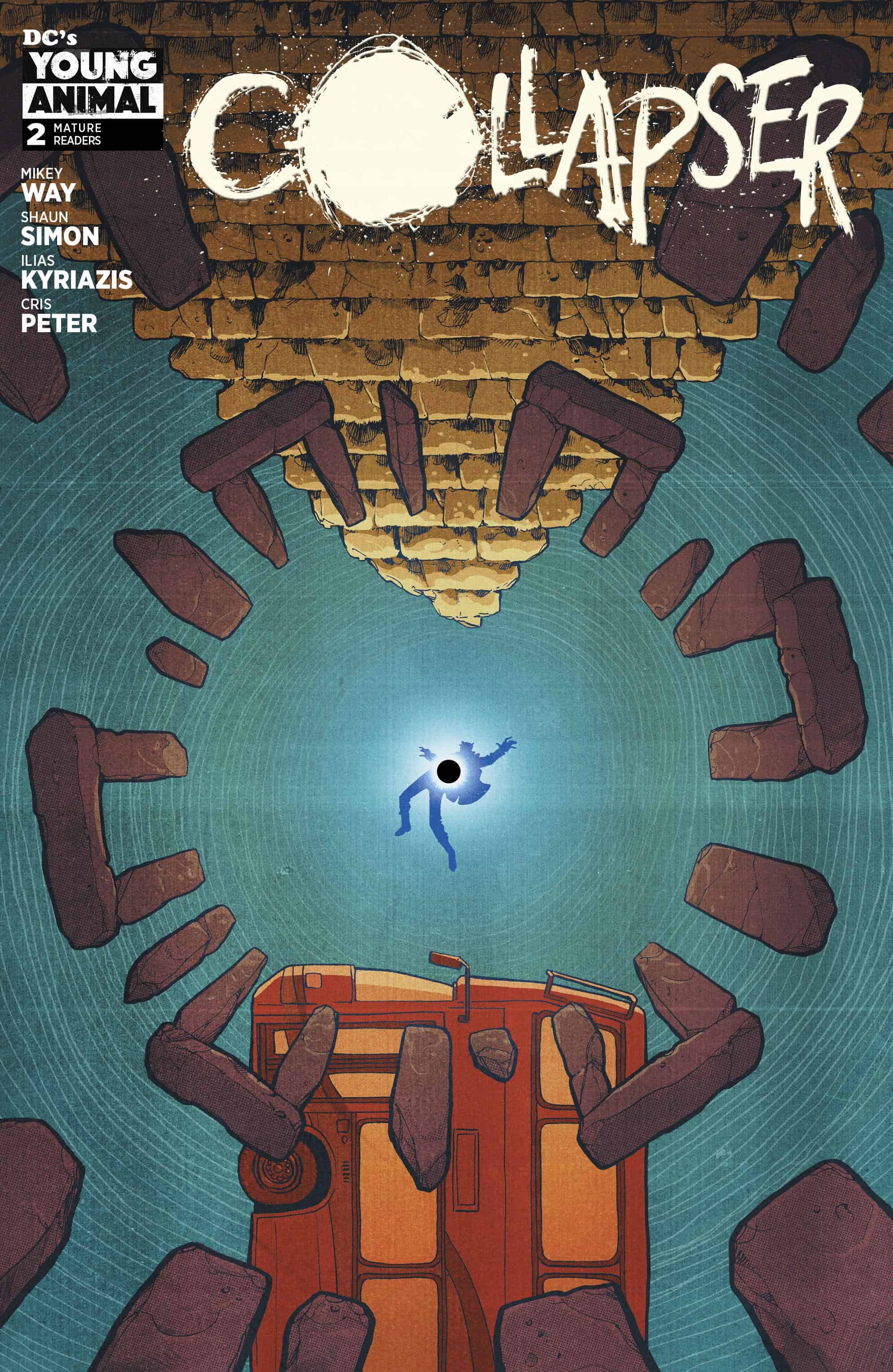 Following the occupation of his chest by a sentient black hole, Liam James’ anxiety disorder is further exacerbated when he accidentally destroys Stonehenge, among other irreplaceable wonders of the world.

The second issue of Collapser from DC’s Young Animal imprint continues an insightful look into the impacts of anxiety and depression told through the lens of Liam, a man living with a sentient black hole. 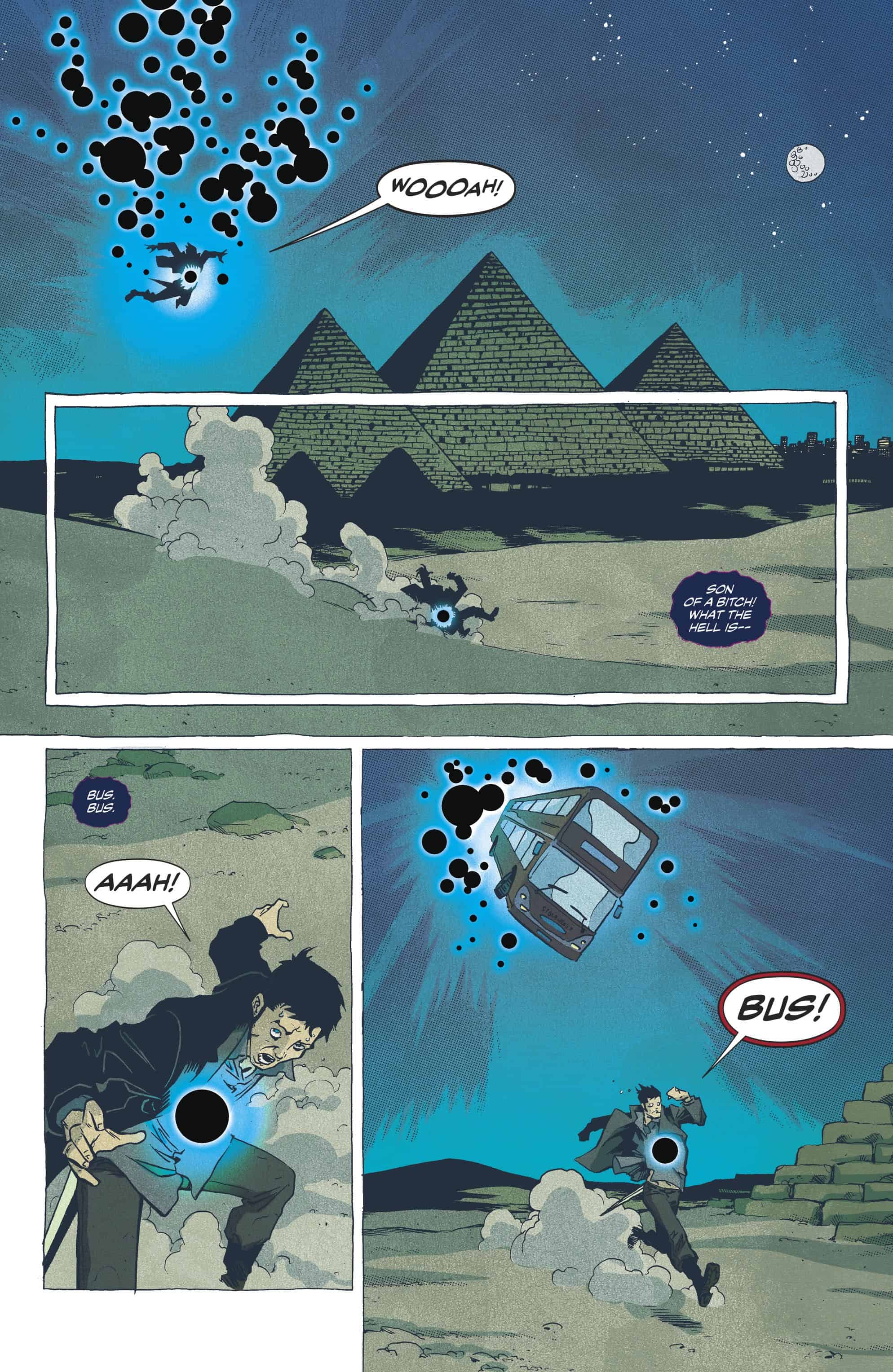 The first issue was primarily an introduction to the characters and the overall concept of Liam struggling with anxiety and depression. The black hole served as a great metaphor for how it can make you feel. However, the second issue transitions away from the internal perspective and into how these mental health issues impact our perception of the world around us. It can often feel like we are living in an entirely different reality and this creative team captures that sentiment perfectly.

With Liam seeing all sorts of dark and twisted visions including aliens both studying and hunting him, the mixture of realism with fantastical elements helps to create a book that is incredibly entertaining as well as insightful. The visuals from Ilias Kyriazis and Cris Peter are even more stunning than the first, and Simon Bowland’s letters once again give a unique voice to both the normal dialogue from Liam and the darker voice inside his head. The aesthetic feels original and suits the story remarkably well.

One of the most interesting aspects of the story is how reactionary Liam has been to these events. He is just trying to live his life, but the black hole is causing him to confront all sorts of stressors that he is simply not prepared for. It feels like one thing after another just goes horribly wrong, and even that contributes to how these mental health issues can make us feel. It’s this dual exploration of real-world issues and the more whimsical sci-fi elements that this book finds its true success in. It allows readers to see themselves in Liam’s struggle while also going on this twisted and increasingly macabre journey.

Ultimately, Collapser is proving to be an incredibly strong entry in DC’s Young Animal library. It falls right in line with their established niche of exploring real emotions through the lens of fantastic and sometimes dark events. It also has a truly relatable message for those struggling with mental health issues, making it a book that really shouldn’t be missed!

Collapser #2 is a roller coaster of emotion and mystery supported with powerful visuals. This is quickly proving to be another can't miss series from DC's Young Animal imprint.