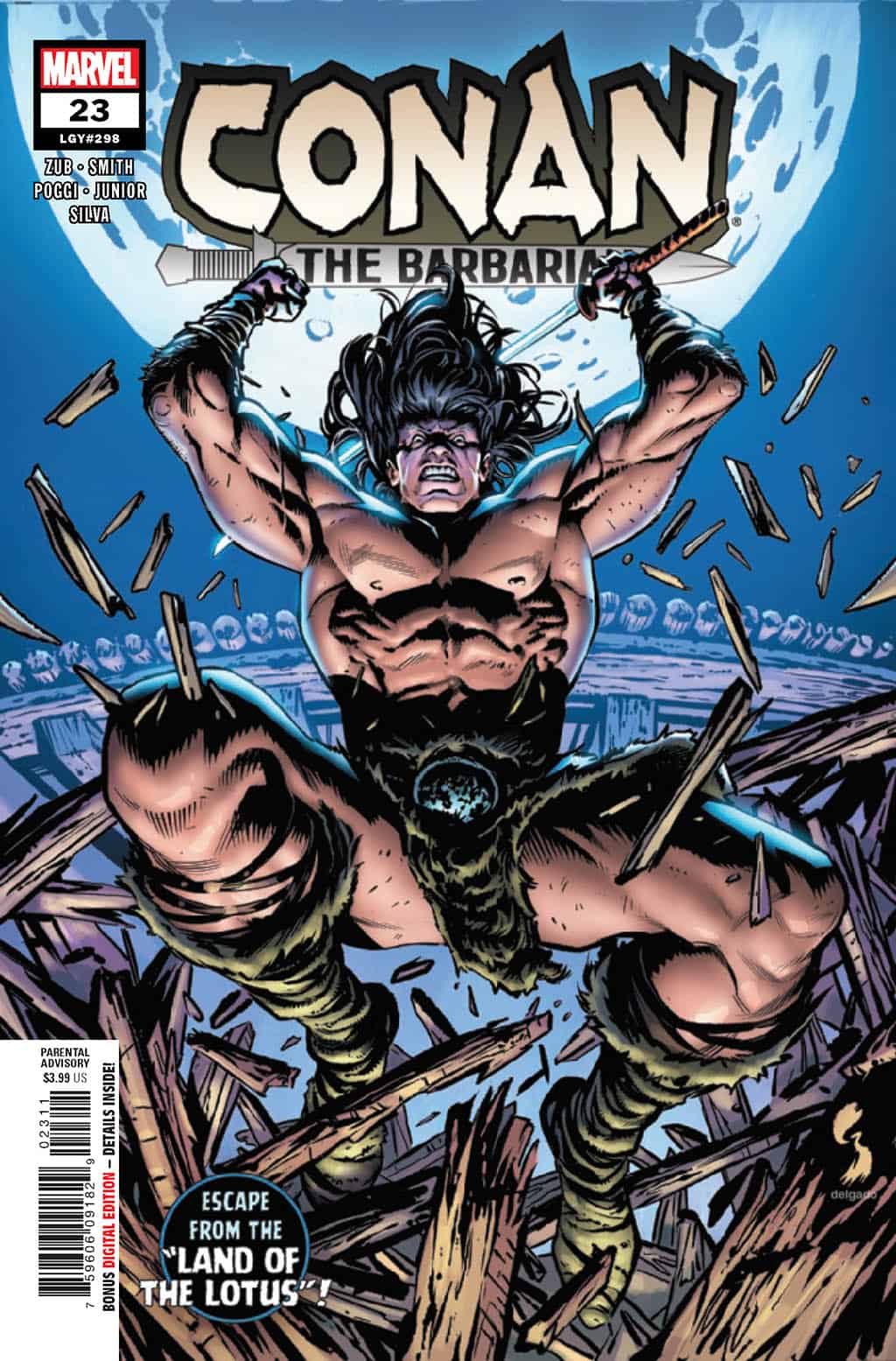 HUNTER OR HUNTED? CONAN has been framed for the murder of the emperor and is hunted by the Imperial Guard. But Conan has not survived the Hyborian Age without learning some hunting tactics of his own… The dramatic conclusion to the Nightstar saga!

By Crom, “The Land of the Lotus Part 5: Escape from the East” starts off running and never stops. In this final chapter to the Tooth of the Nightstar story, we see the bigger picture surrounding the demon blade. Like usual, Conan is swept up in events beyond his control. That is until he picks up a sword with revenge on his mind. Even if you are an assassin of the Fifth Circle, don’t cross swords with Conan. I hope the closing scene was foreshadowing of more Meiwei in Conan’s life.

We are treated to political intrigue for our B-story. There’s politics in the God-emperor’s court, and ambitious Maltus-Rai has plans to use his guile (and Conan) to increase his power-base.

Jim Zub has these characters down. From the opening line of the comic “Know, oh prince, that the years when the oceans…” to the final page, fans of both the movies and the original Robert E. Howard stories will immediately recognize their favorite characters. Conan speaks as if he jumped directly from a classic short story to this new tale.  I couldn’t help but read the narrator’s word balloons in the voice of Mako Iwamatsu.

Cory Smith draws a great Conan. Watch the eyes of his characters. The facial expressions are a master-class in conveying emotion without speech balloons. Israel Silva’s colors set all the scenes. The colors can be found in the big things like Conan running through the shadows, the fire from the Tooth of the Nightstar, and the magic energy from the God-emperor’s magic. It’s also the small things like the ambient light from the lantern in Meiwei’s apartment that casts Conan’s face in shadow.

What I really like about the panel work in Conan the Barbarian #23 is the sense of depth conveyed in each panel. It’s like we’re looking into a 3D space with visual treats in the foreground, middle and background.

We start the adventure with a map of Hyrkania, Khitai, and surrounding lands. Khitai’s Capital City is lushly illustrated from the Emperor’s temple to Meiwei’s room to Maltus’ pagoda to a coastal village and boat. All the environments in this story are united by a consistent architectural style (down to the armor, swords, and boats). 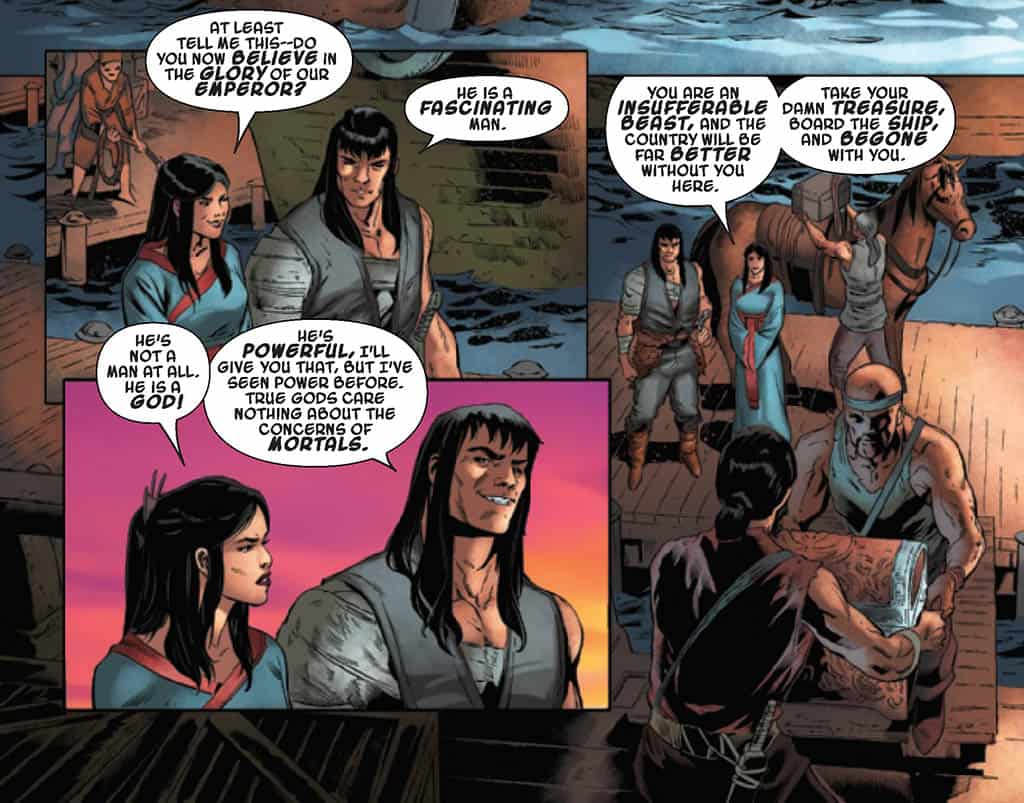 “With your spells and my sword arm…” Conan to Meiwei

Barbarians, adventurers, sorcerers, and assassins will like Conan the Barbarian #23. It reads like a classic Robert E. Howard tale down to the description of Crom’s children, the Cimmerians.

Meiwei’s face isn’t consistent from scene to scene. It’s a small thing and won’t detract from your enjoyment of the story.

The original Robert E. Howard story, The Tower of the Elephant, may have a bit of information about Khitai.

I jumped into "Land of the Lotus" with the last chapter of the story and had no trouble getting caught up on what problems Conan had gotten himself into this time. It felt like I was reading a classic Robert E. Howard Conan story.