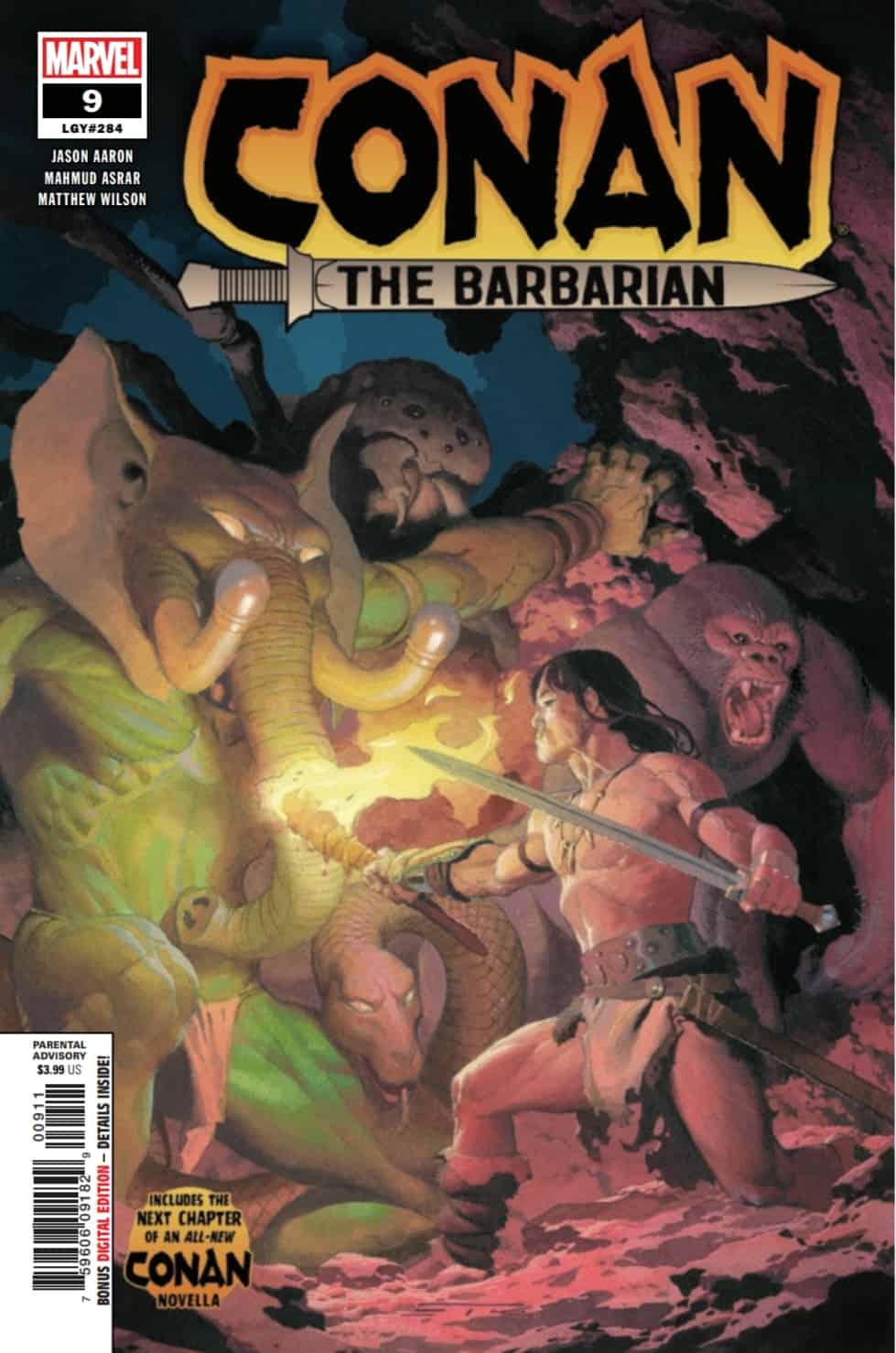 Conan the Barbarian makes his way through an inconsequential backdrop designed to provide a clipshow of his past adventures. Whilst on his adventure featuring many familiar faces he runs into one he doesn't know. The dreaded Razazel! Will this glimpse into his future help warn Conan of the coming death? Of course not! 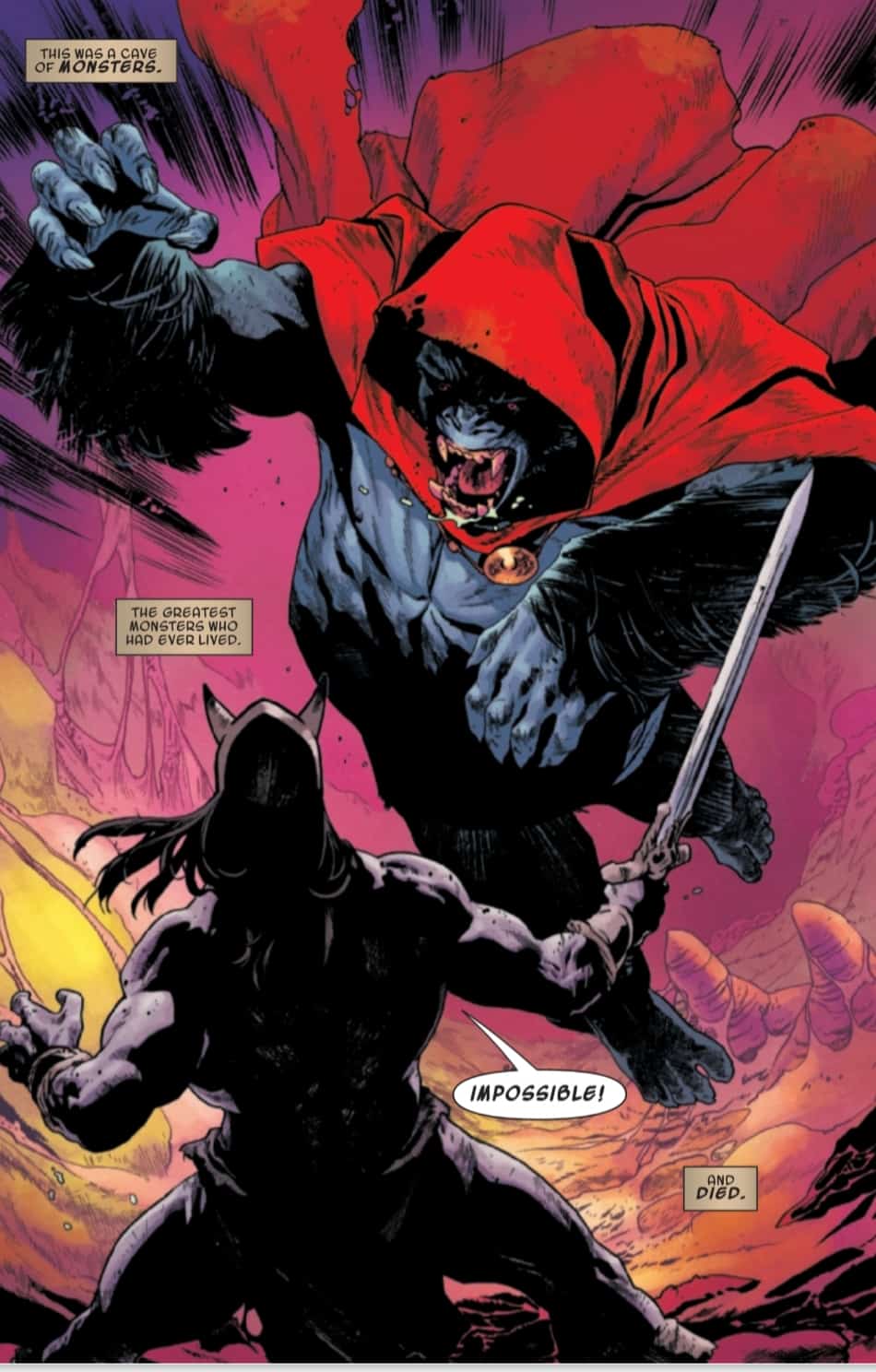 This honestly is probably a neat issue to folks who aren’t well versed in Conan but holds a level of excitement akin to a clipshow in a sitcom as mentioned above to more seasoned readers. I will admit some minor excitement upon seeing Thak resurrected (I actually have a copy of Conan #11 signed by Roy Thomas) and Yag Khosha looked good for the one panel he was in. I guess my gripe is that the reasoning was a thin excuse to get a greatest hits issue going. 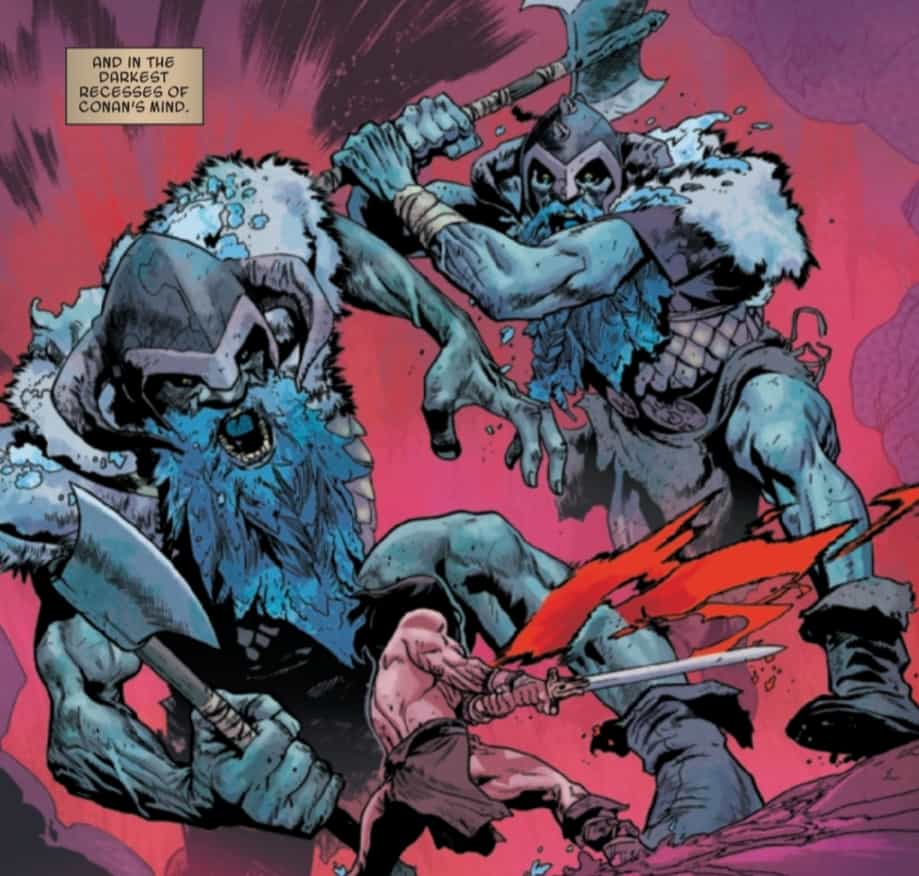 Of interesting note was a good witch Glenda counterpart to the Red Witch whom I’m curious about. Could this be the “power of friendship” meetup I’ve been anticipating since the start that will come into play in a couple issues? That is fairly interesting to me trying to remain interested in the overarching narrative. I might not be being fair to this issue, I enjoyed it overall.

The art by Mahmud Asrar is getting better with every issue and the savagery displayed this issue is reminiscent of Cary Nord’s stellar run on Conan. It isn’t easy to nail these insanely varied character designs but he pulls it off there isn’t a single random throwaway filler critter in the back. I do have one gripe and it’s the design of the “Dragon of Xuchotl” which is of course from the classic Red Nails, the Dragon in this looks like a large alligator whereas in the old story it looked more like a carnivorous stegosaurus but really it isn’t a big deal. 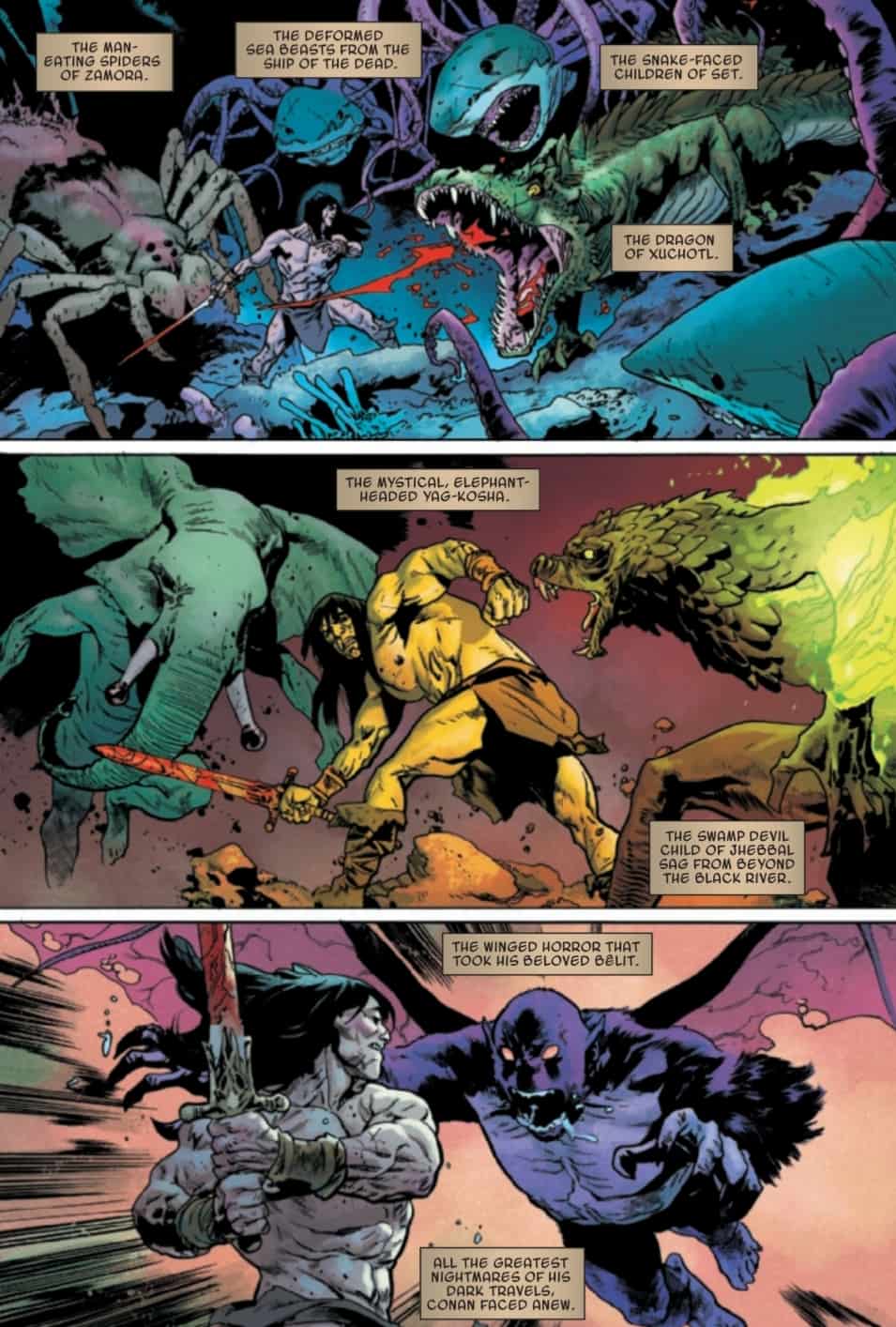 A fun issue for a less seasoned reader that might feel a little too familiar to those more familiar.