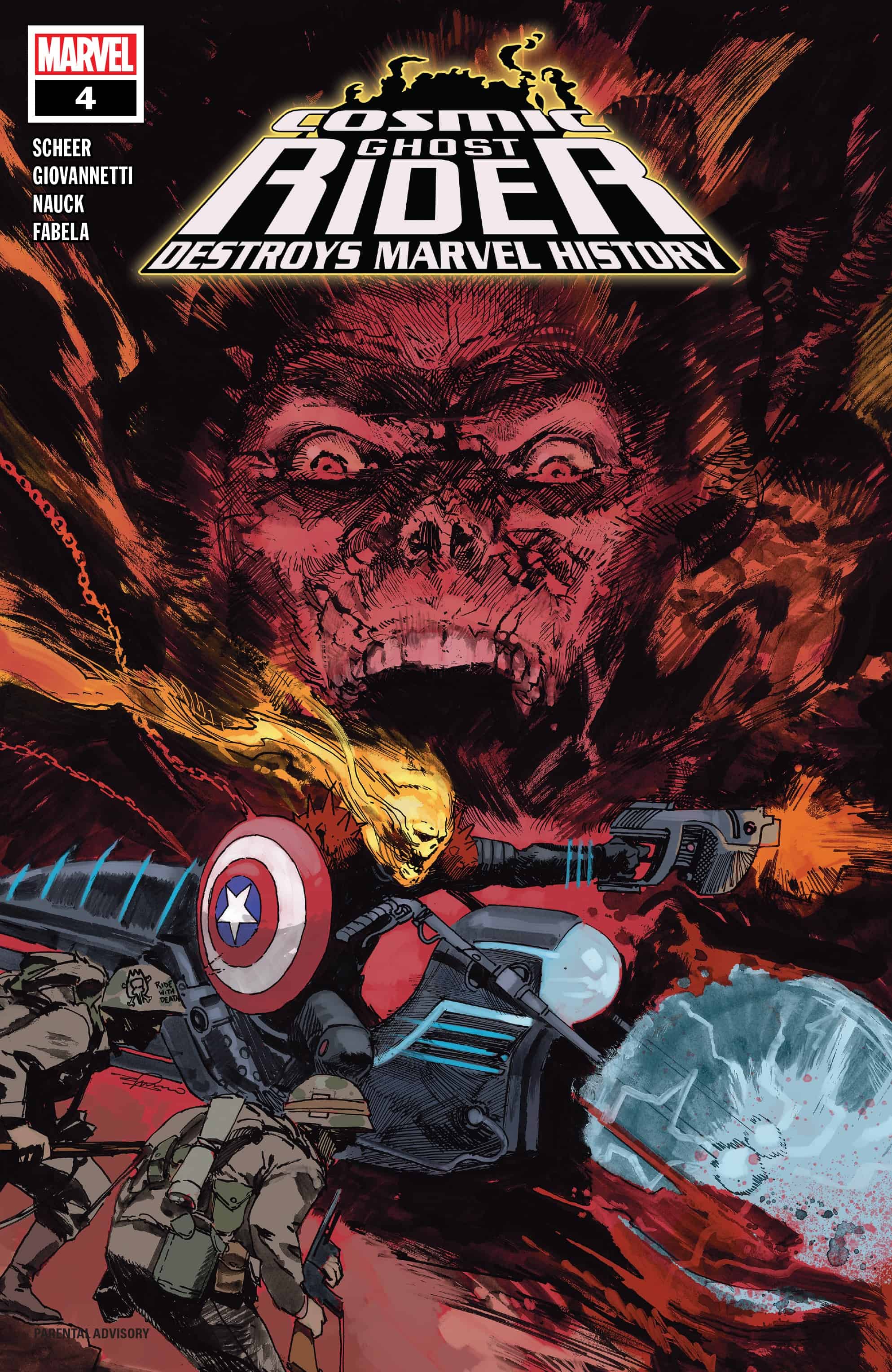 When past-Frank comes home to find "Uncle Fredo", who is actually dead, he throws down with Cosmic Ghost Rider. An ungentlemanly fighting strategy forces future-Frank to reveal himself as CGR, who then in turn reveals his involvement in World War II. Sergeant Fury and His Howling Commandos, Captain America and Bucky, Baron Zemo and even Hitler himself co-star. 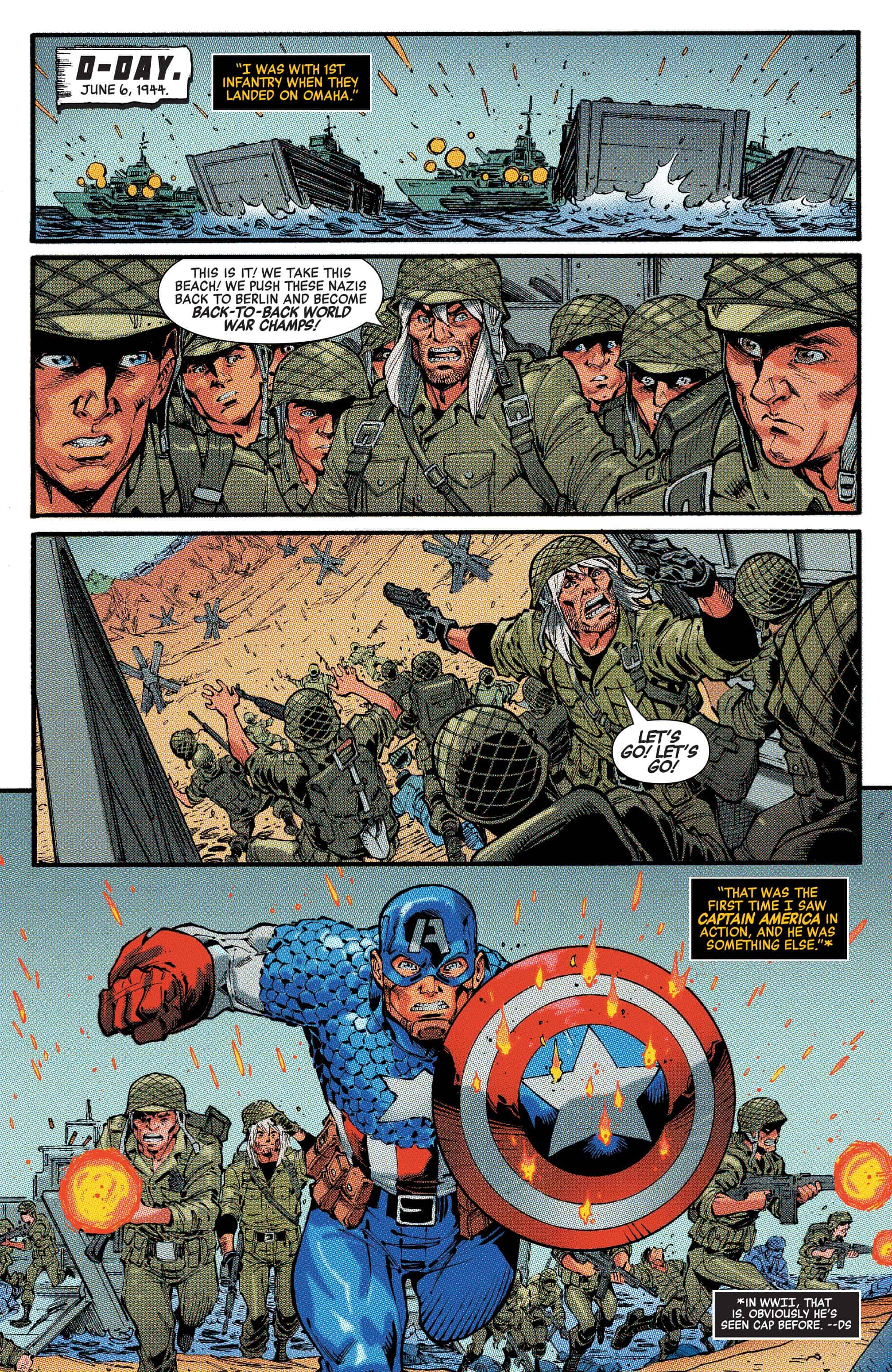 Look. This book isn’t a terrible book. Todd Nauck does a great job with the art “flashback” sequences (although I don’t care for the style of his “present day” sequences for some reason). The layouts are all above average, the color and lettering work all above average. It’s clear that time and care have gone into this book. 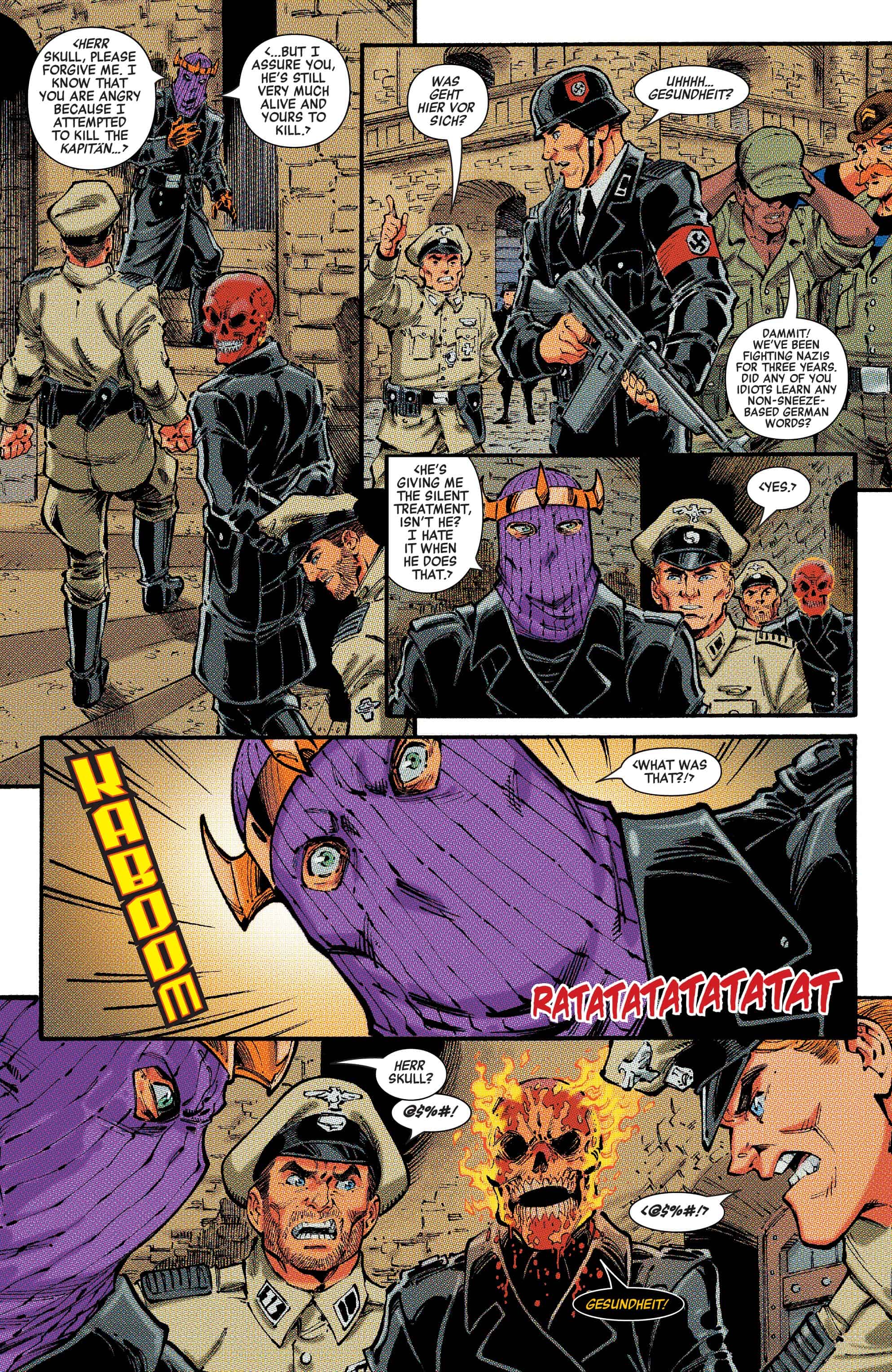 The humor is definitely not a style that appeals to me but judging from the sales on Harley Quinn and Deadpool, it does appeal to many, if not the majority. If the year were 1998 and comics were still affordable, I’d say its worth its weight for one to two good chuckles per issue but nothing you’re likely to read again. As it is, though, comics are far to expensive for me to recommend anybody spend their money on this series. The best parts of the series seem to be behind us (CGR Frank connecting with his kids and wife) and now it feels like the central plot is quickly being left for dead in favor of zany antics in Marvel’s most important moments.

Cosmic Ghost Rider #4 takes us back in time to WWII, where Frank Castle apparently had an important role to play.