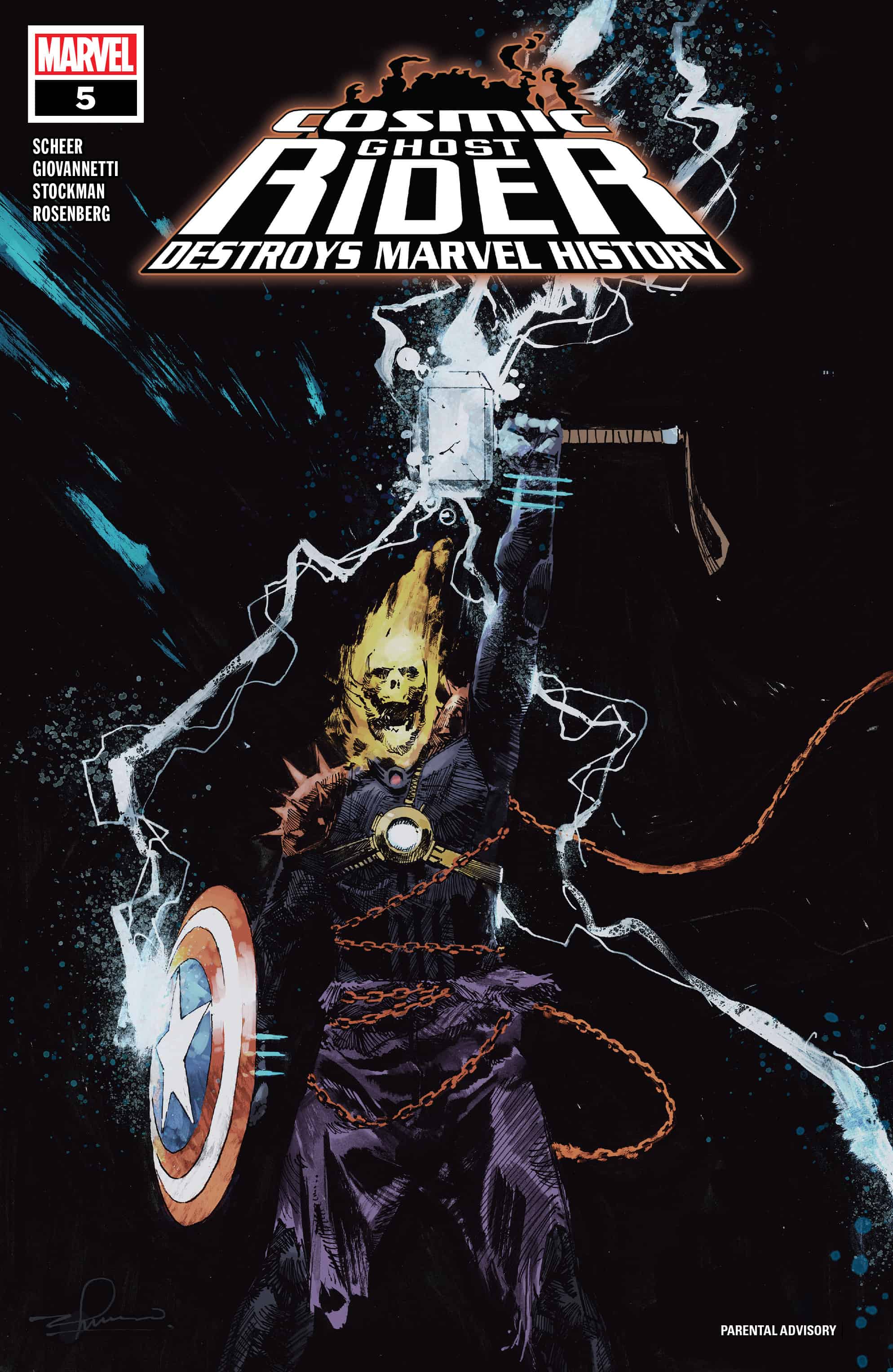 This is it. The moment we've all been waiting for. Join Uncle Fredo and the Castle Family in Central Park on the most important day of Frank Castles' life. While Fredo regales the family with tales of the early days of the Avengers, the Costas Mob looms on the horizon. But as Cosmic Ghost Rider attempts to kill the mobsters and spare Frank's family from their destiny, Uatu steps in, explaining that all of history is now tied to this date because of CGR's time-meddling. 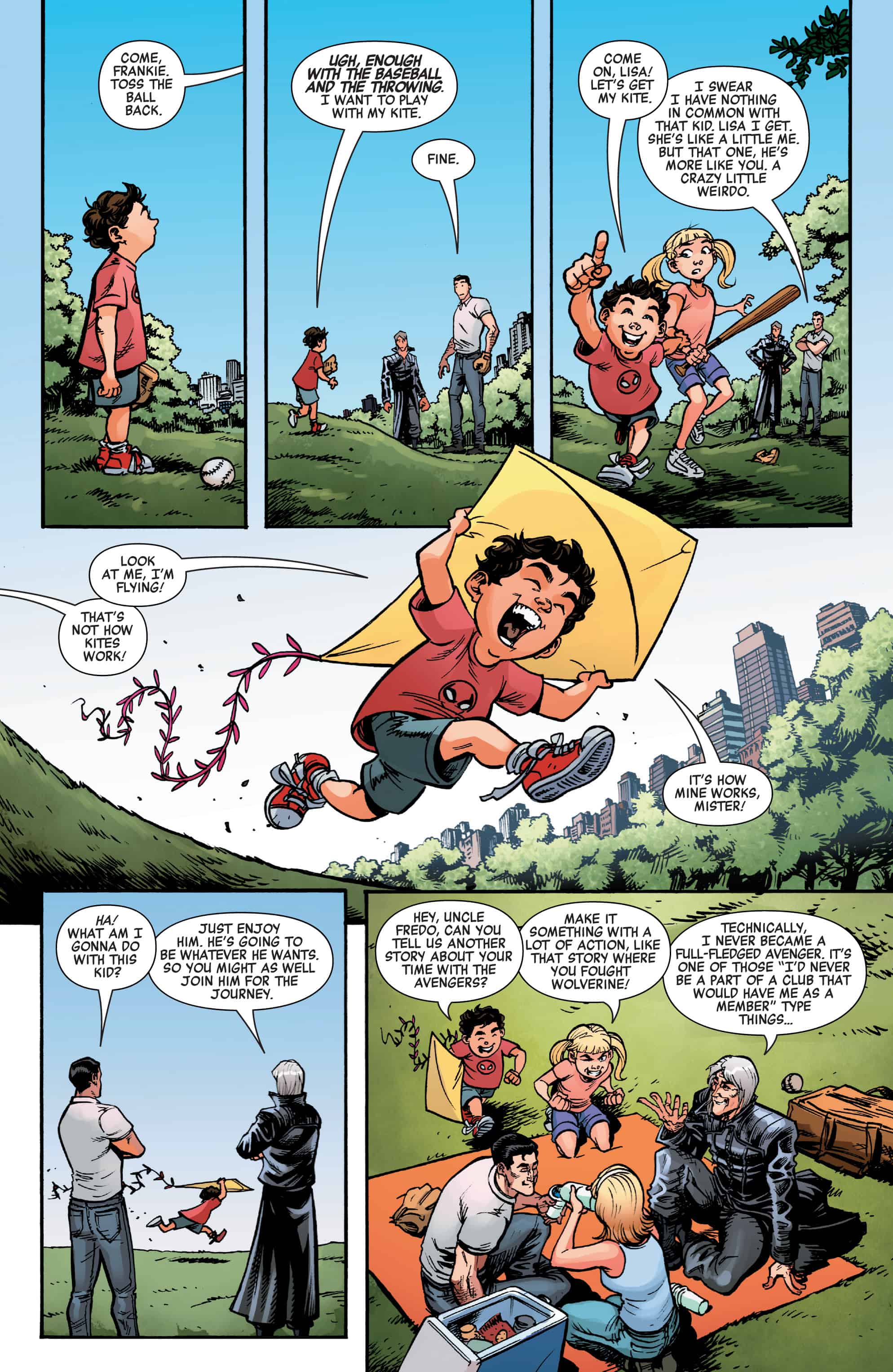 This series continues to be a conflicting narrative. While the moments of older Frank with his family are extremely heart-warming, the narrative device of messing with history is too much schtick to keep the whole thing together cohesively. With the Uatu reveal that this moment is now tied to all possible realities thanks to the past/future actions of CGR, the impetus of the story finally makes sense but still feels as if this story could have been executed in a more efficient, less zany way. But zany is clearly what the series is going for and in that effort, they certainly hit their mark. 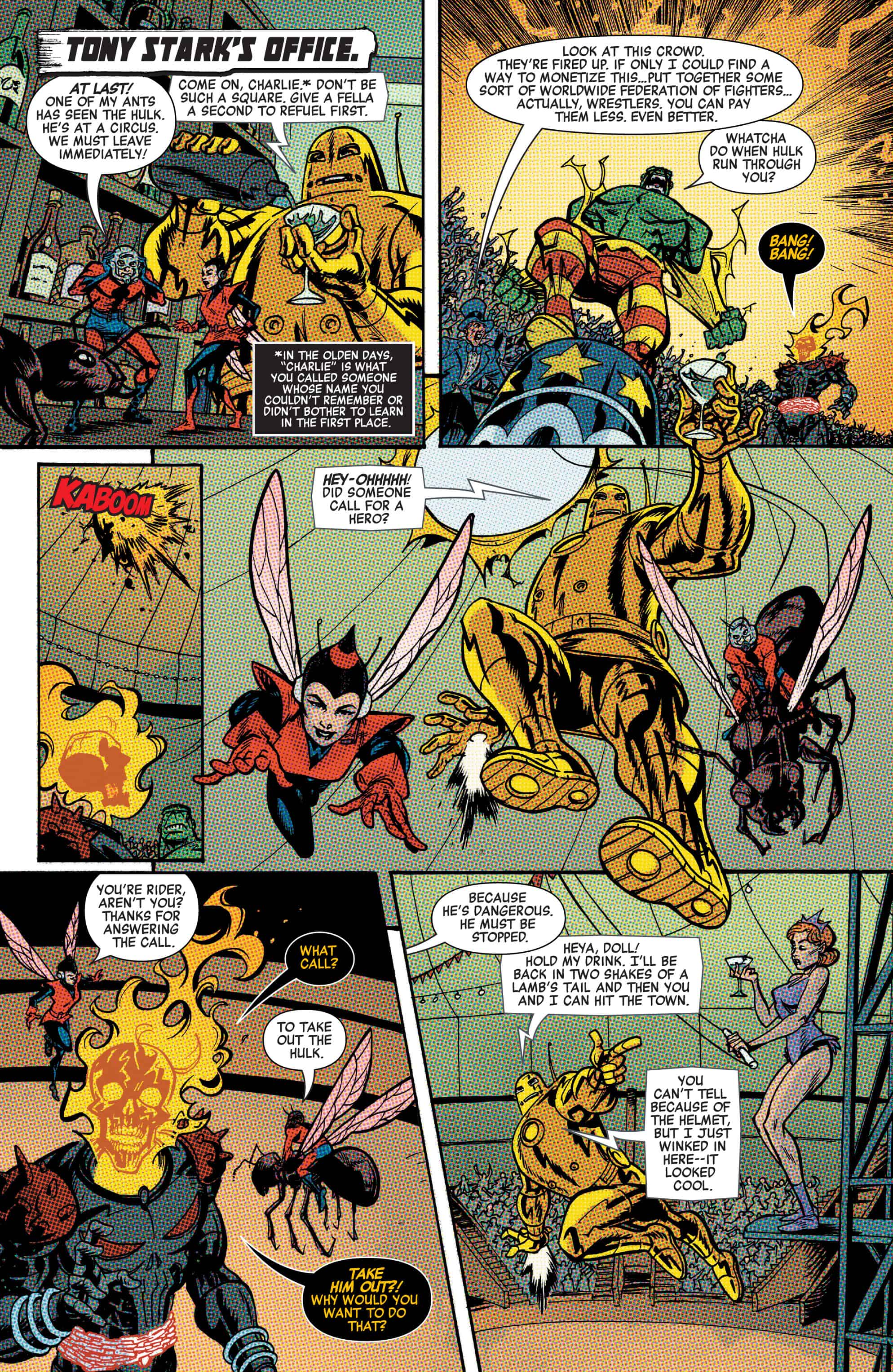 The artwork from Stockman was quite uneven throughout this issue. The flashback sequences, as they have throughout the series, mimic the right tone and structure but the moments with the family veer towards the overly-cartoonish and exaggerated in a way that almost undermines the legitimate exploration of Frank’s psyche. 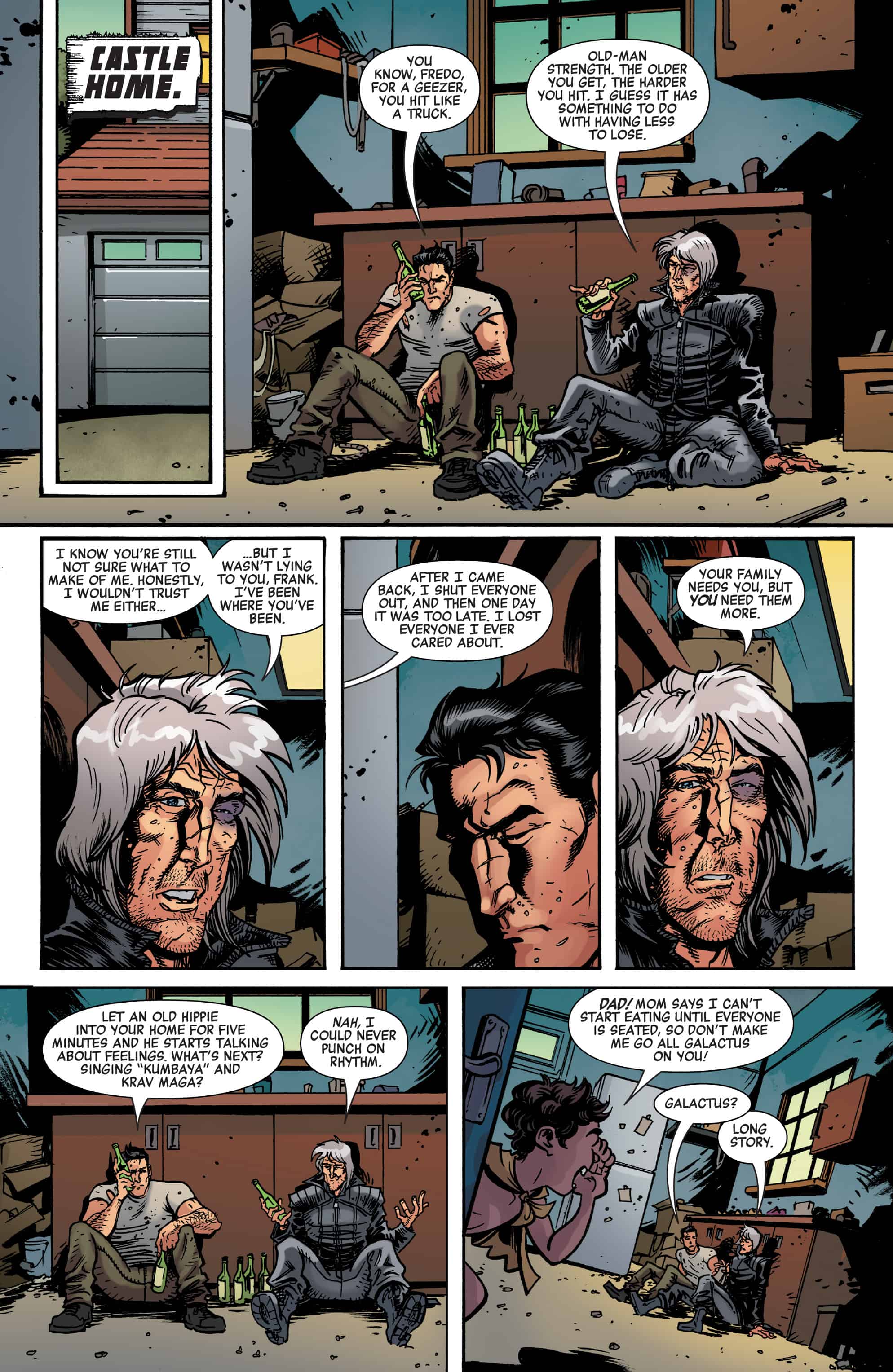