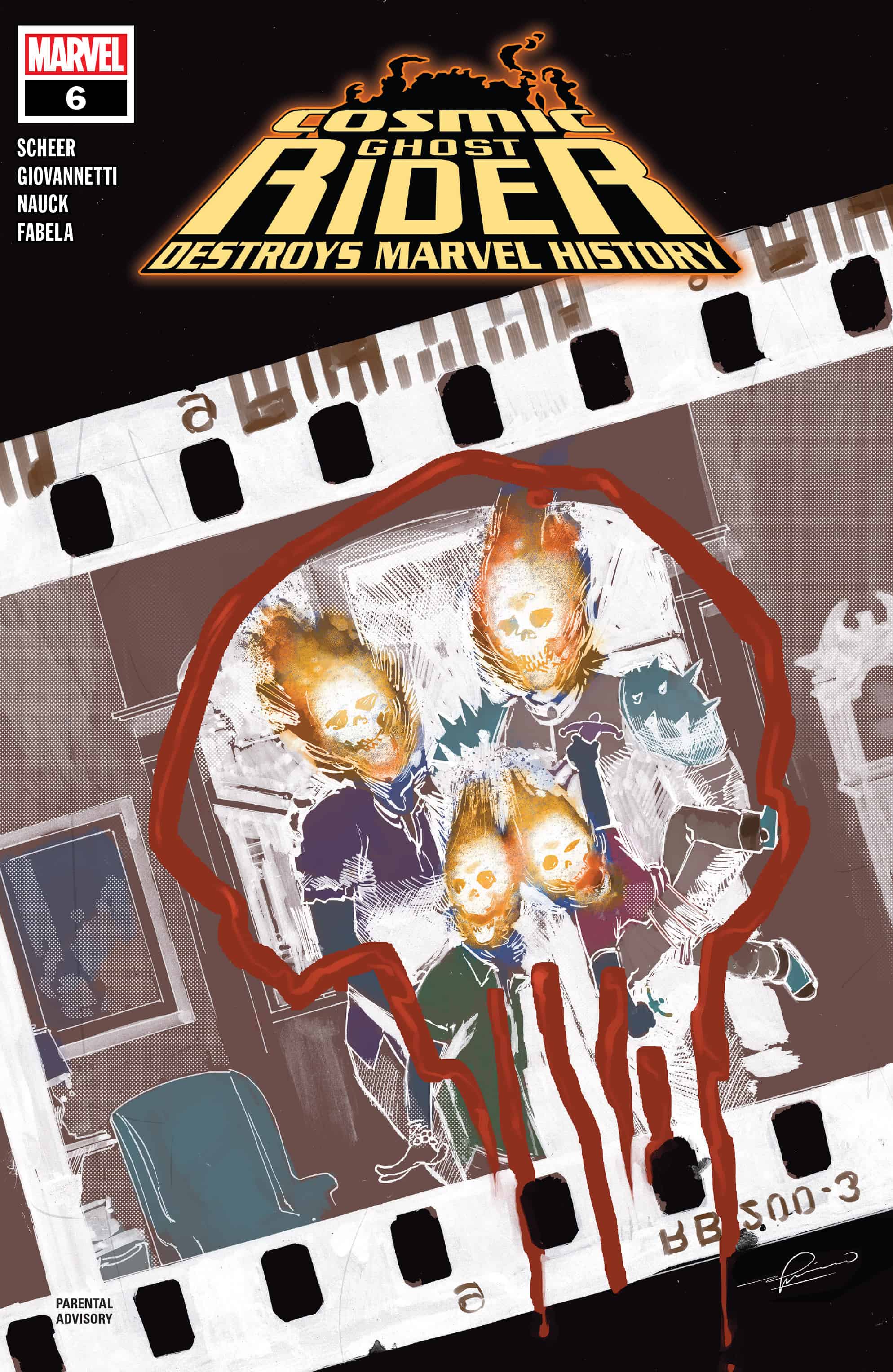 The aftermath of Frank Castle’s fateful clash with the mob! As the smoke clears, only one family is left standing…but can Frank live with the changes he’s made to his own history? And more importantly, can the timestream? Find out in this epic conclusion! 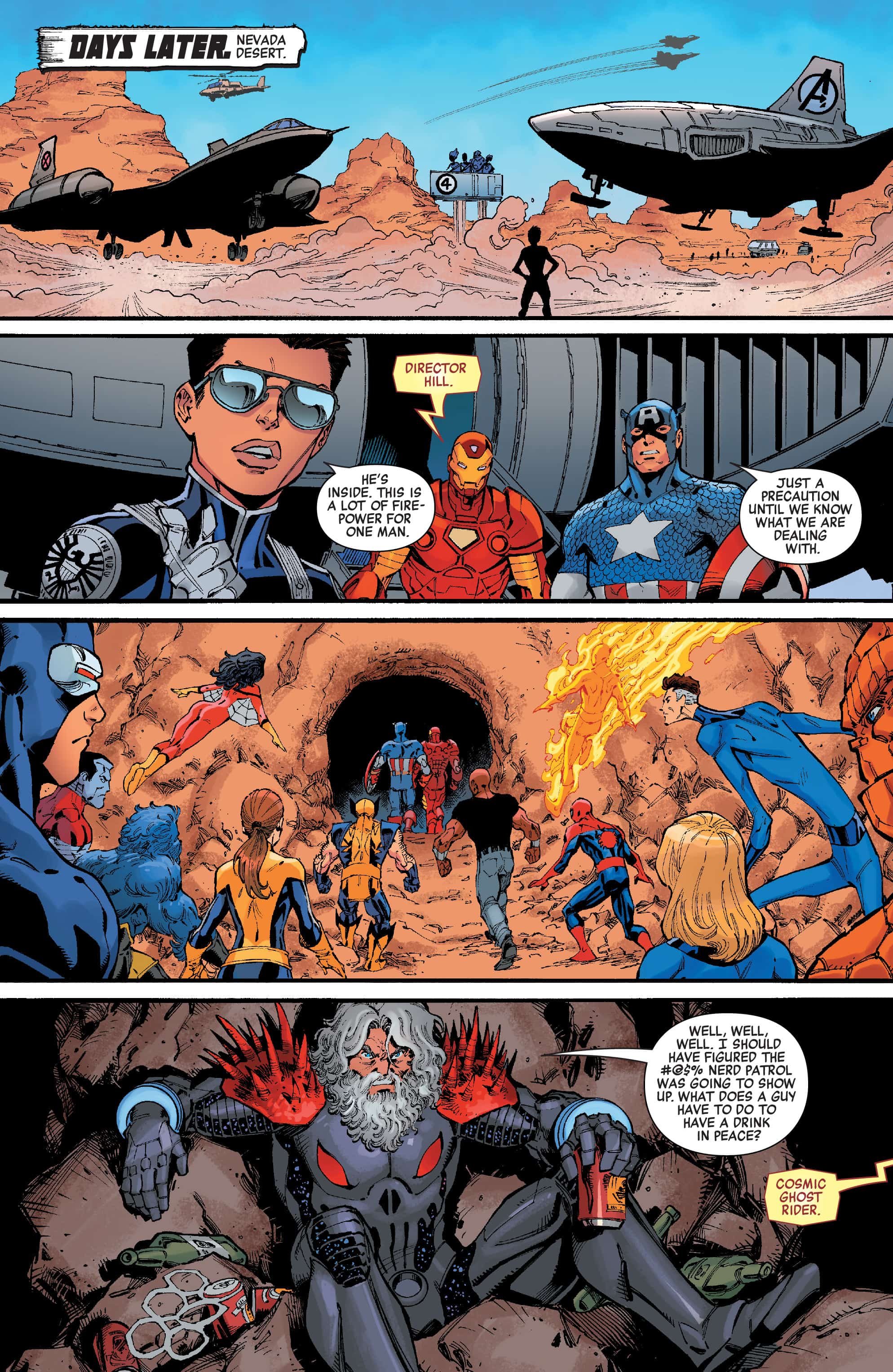 The final installment of Cosmic Ghost Rider Destroys Marvel History is a drastic departure in tone from the rest of the series. Up to this point, the series has been full of silly hijinks through time grounded by the emotional core of Frank getting to visit with his family with the intent of saving them from their destinies. As was revealed in the previous issue, however, Frank’s interference in the timeline has made him instrumental to the entire structure of the timeline, making that pivotal moment in his life pivotal also for the entire universe. Uatu ensure that the events play out as they were intended. 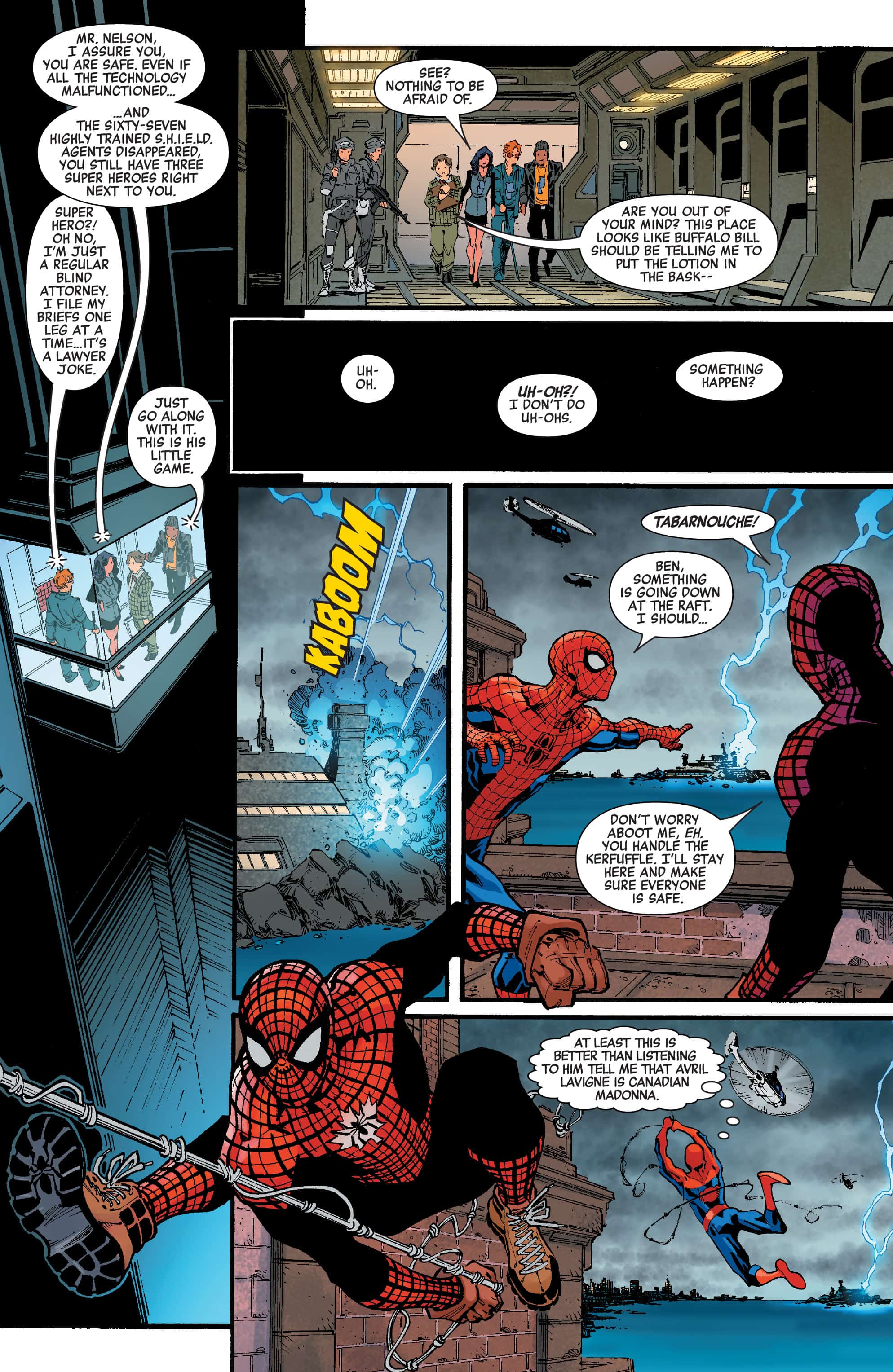 Like the other issues in the series, this one is grounded in a particular period of Marvel History. We begin with the breakout at The Raft which in turn sparked the beginnings of Bendis’ New Avengers and move into the formation of the Illuminati and eventually, the events of Original Sin. It almost feels as though having Frank be the killer of Uatu, rather than Fury, was the ultimate goal of this series.

In the end, while the series wasn’t terrible, it did very little to move the character forward or have any real impact on the greater Marvel Universe. In the closing panels, we see CGR back to a neutral position ready to play out the events of Donny Cate’s Guardians of the Galaxy series that is currently being published. Theoretically, all of the altered cannon that resulted from Frank’s travels through time still stands but will, rightfully so, be ignored by writers, fans, and editors alike moving forward, making this mini-series a true throwaway series. It is strictly fan service– a series that delivers a popular character doing zany things that doesn’t matter in the least in the grand scheme of the mythos of Marvel. 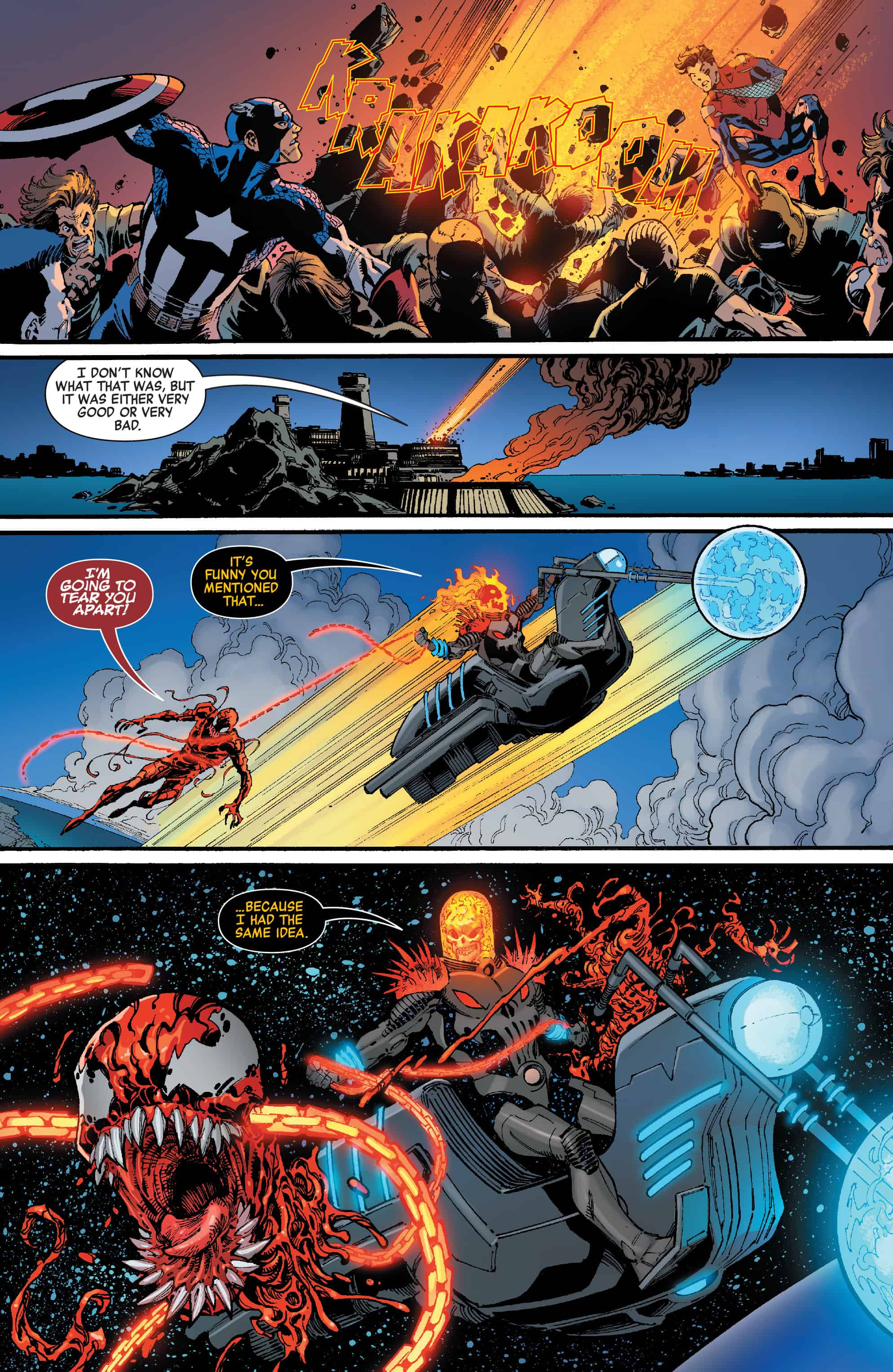 Cosmic Ghost Rider Destroys Marvel History #6 delivers a predictable ending to an unnecessary series. The ride was fun at times and the art was mostly solid but I can't help but feel this was time spent that I'll never get back.