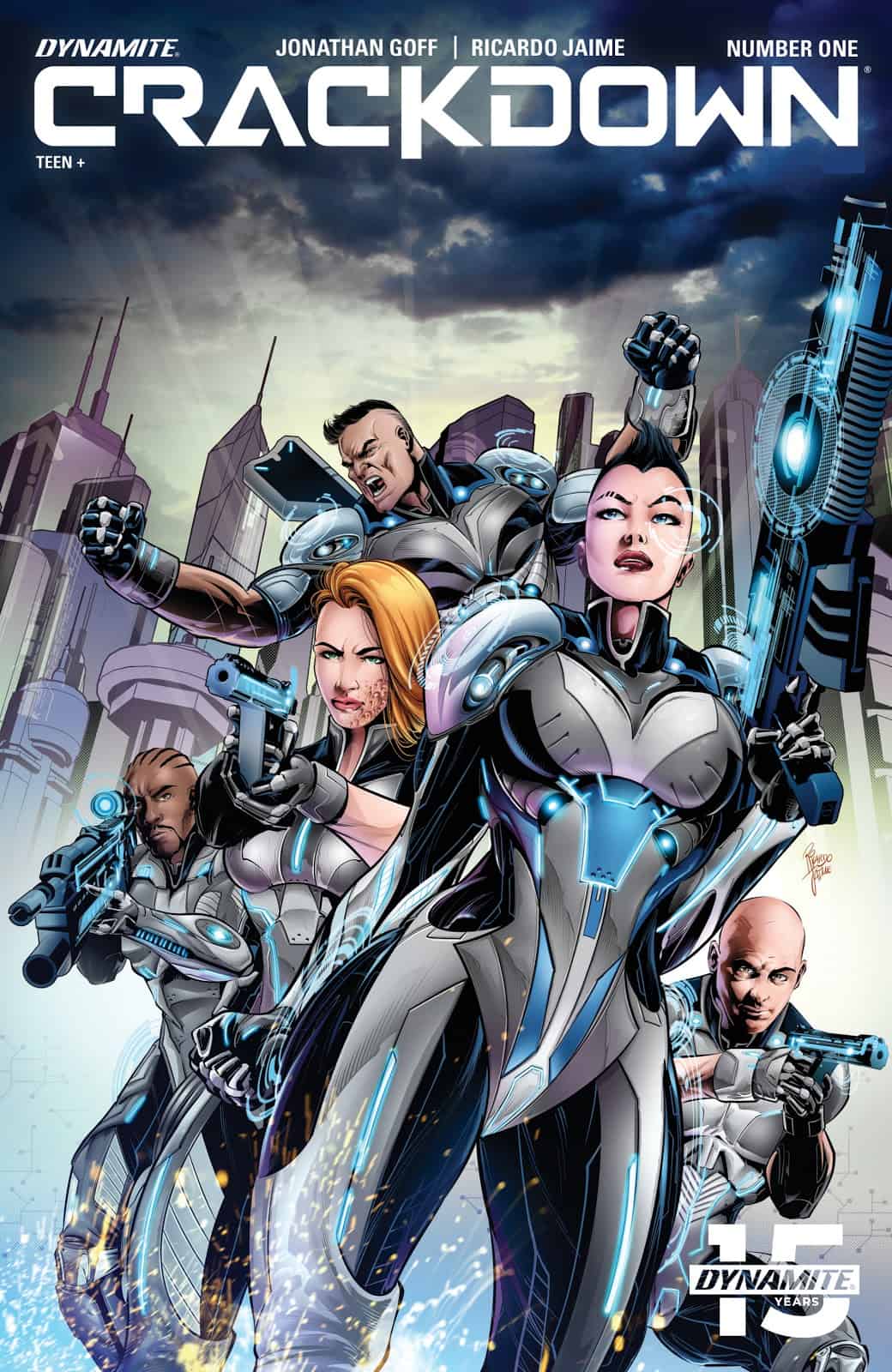 The hyper-powered world of Crackdown (Xbox) has made its way to the comic page! In the not-so-distant future, civilized society is more plugged-in and interconnected than ever - but criminal organizations are growing more connected as well, forming unholy alliances, and plotting for an unprecedented campaign against the world. When a series of devastating blackout attacks plunge major metropolitan areas into darkness and chaos, the global population is terrified, traditional law enforcement is overwhelmed - and it's up to The Agency, an elite international crime-fighting task force, to restore peace and deliver justice, by any means necessary. 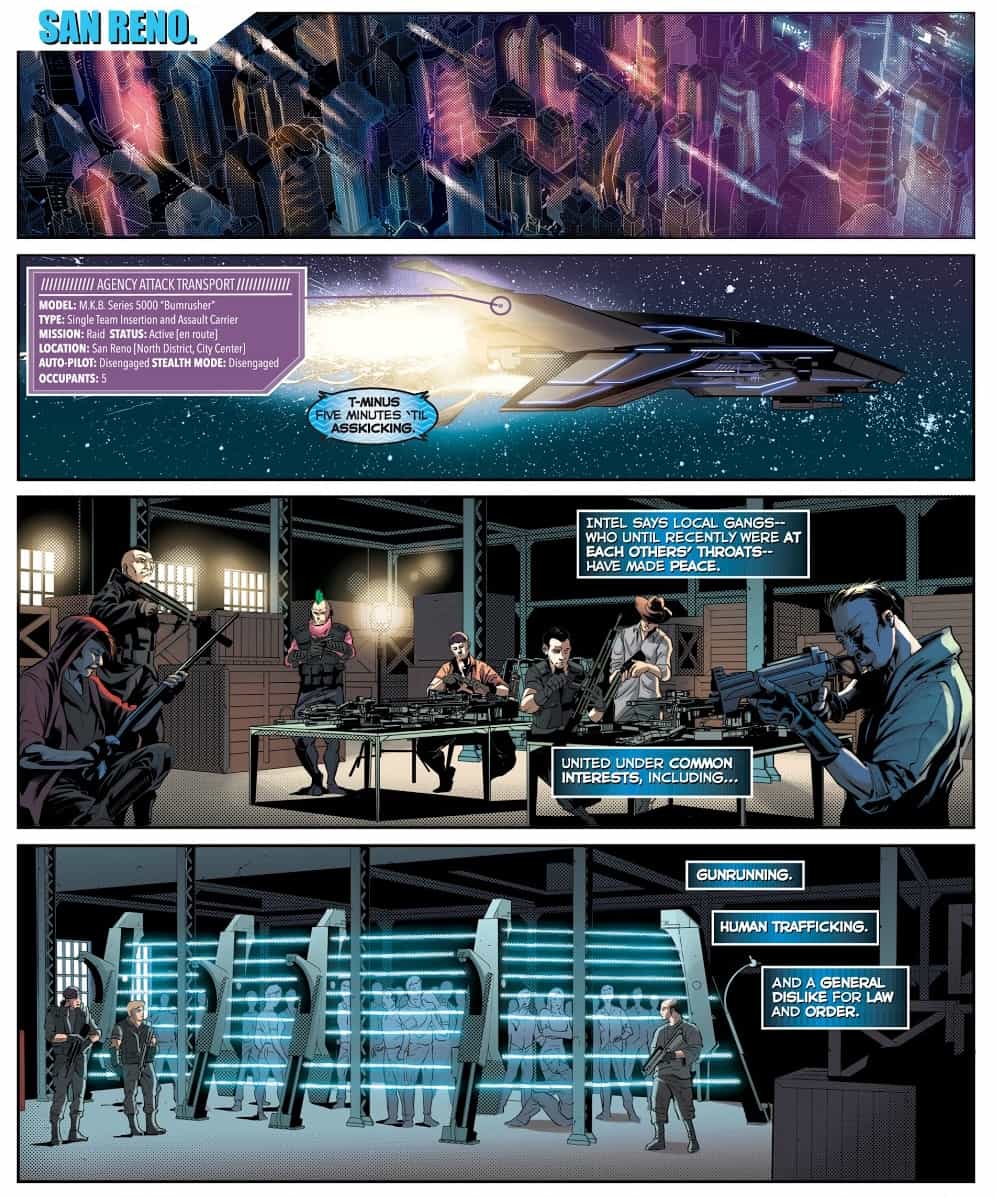 I will start this review by saying that this is my first experience with the Crackdown franchise which, according to writer Jonathan Goff, shouldn’t be an issue when reading this comic. I’m inclined to agree on that sentiment as the comic is set in a separate “megalopolis” from the video games and provides plenty of set up on the new city as well as the main “agents” in the story. 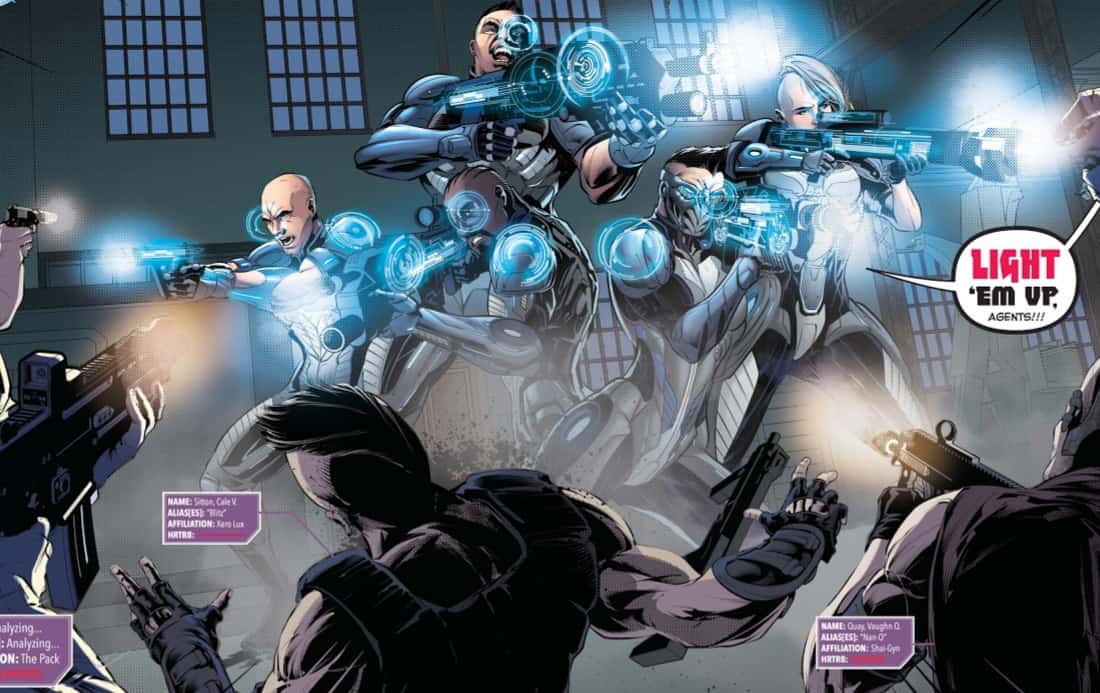 As far as licensed comics go, I would rank it as one of the better ones but it does still feel like the typical “comic written for someone who doesn’t read comics” and I feel that created a lot of unrealized potential. As a result, we get a book with a very interesting setting and a group of characters that could possibly be very interesting yet end up being two-dimensional roles on a team just acting out their part in a somewhat generic futuristic military story.

The art was great overall, with both good line-work and eye-catching colors, but the designs felt unoriginal. This book had all the edginess and darkness of any hot new team book from the 90s but none of the ridiculous fun that made any of those books worth reading. 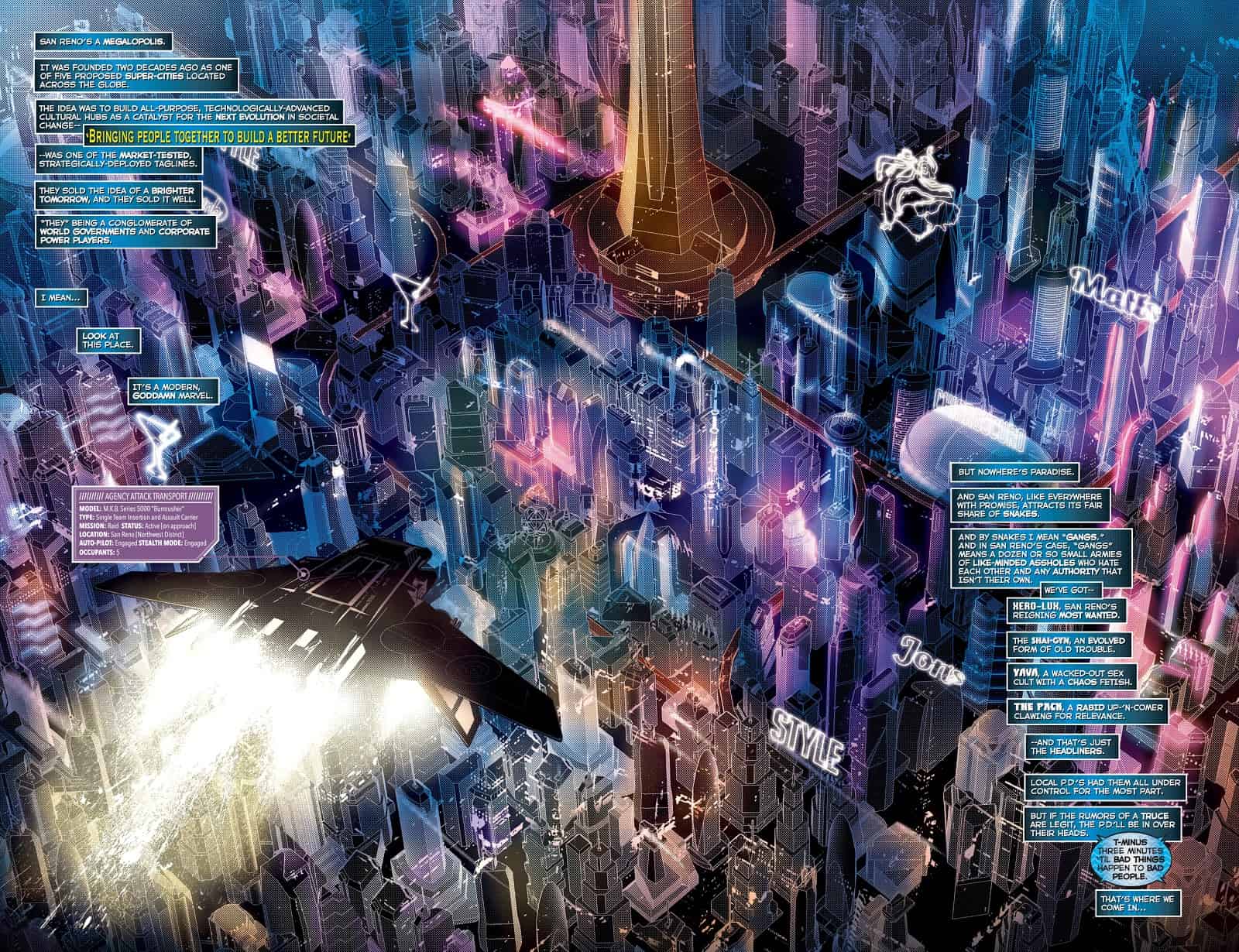 I do feel the need to apologize to the creative team if this review comes off a bit harsh. I feel that you are all very talented but that the typical restraints of that come along with working on a comic that’s purpose is just to promote something else.

This book has the potential to be great but ends up reading like a typical licensed comic with a bit too much 90s edge. 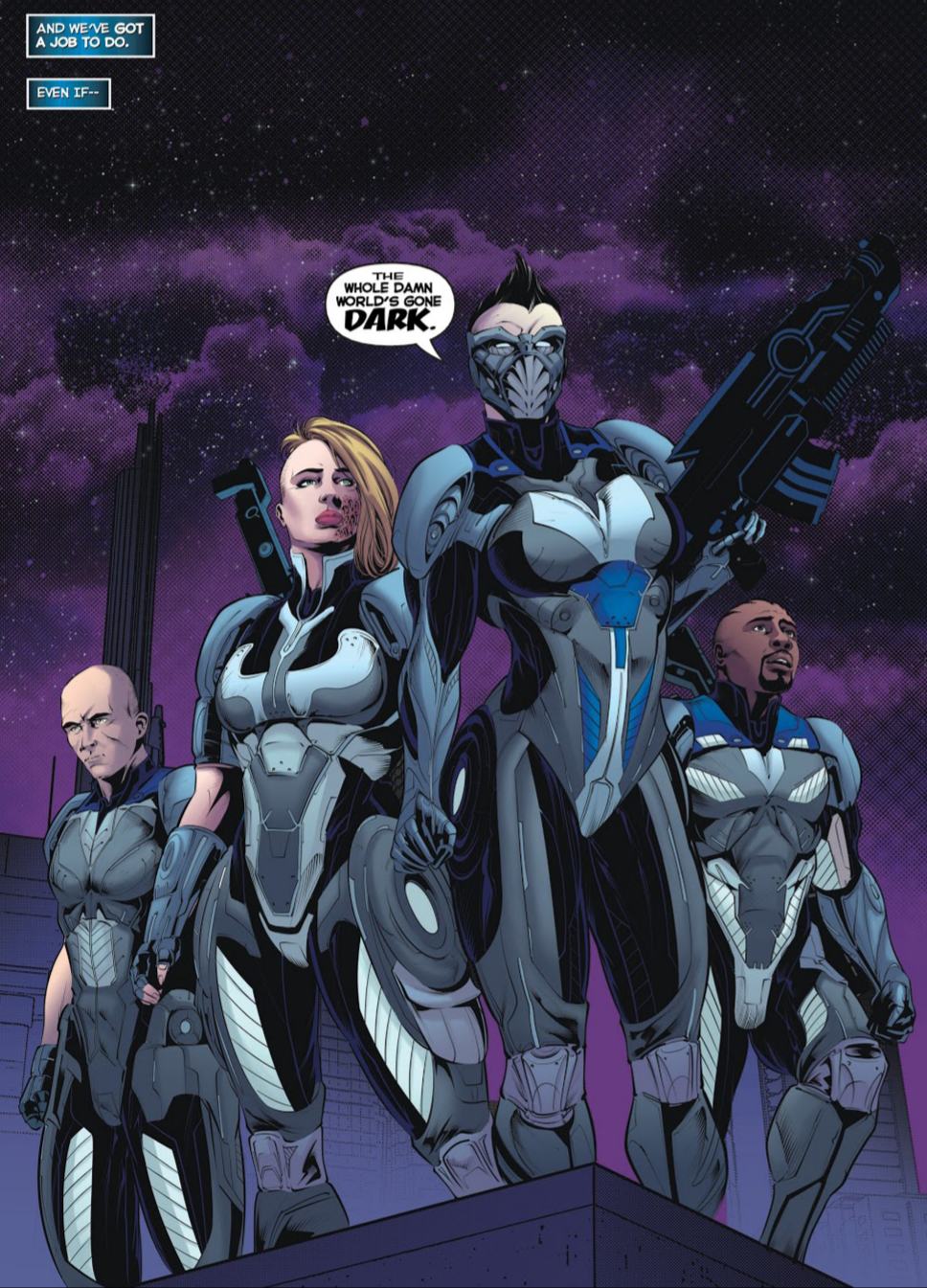