Crime Syndicate #5: Legion of Justice vs. the Super Manson Family! 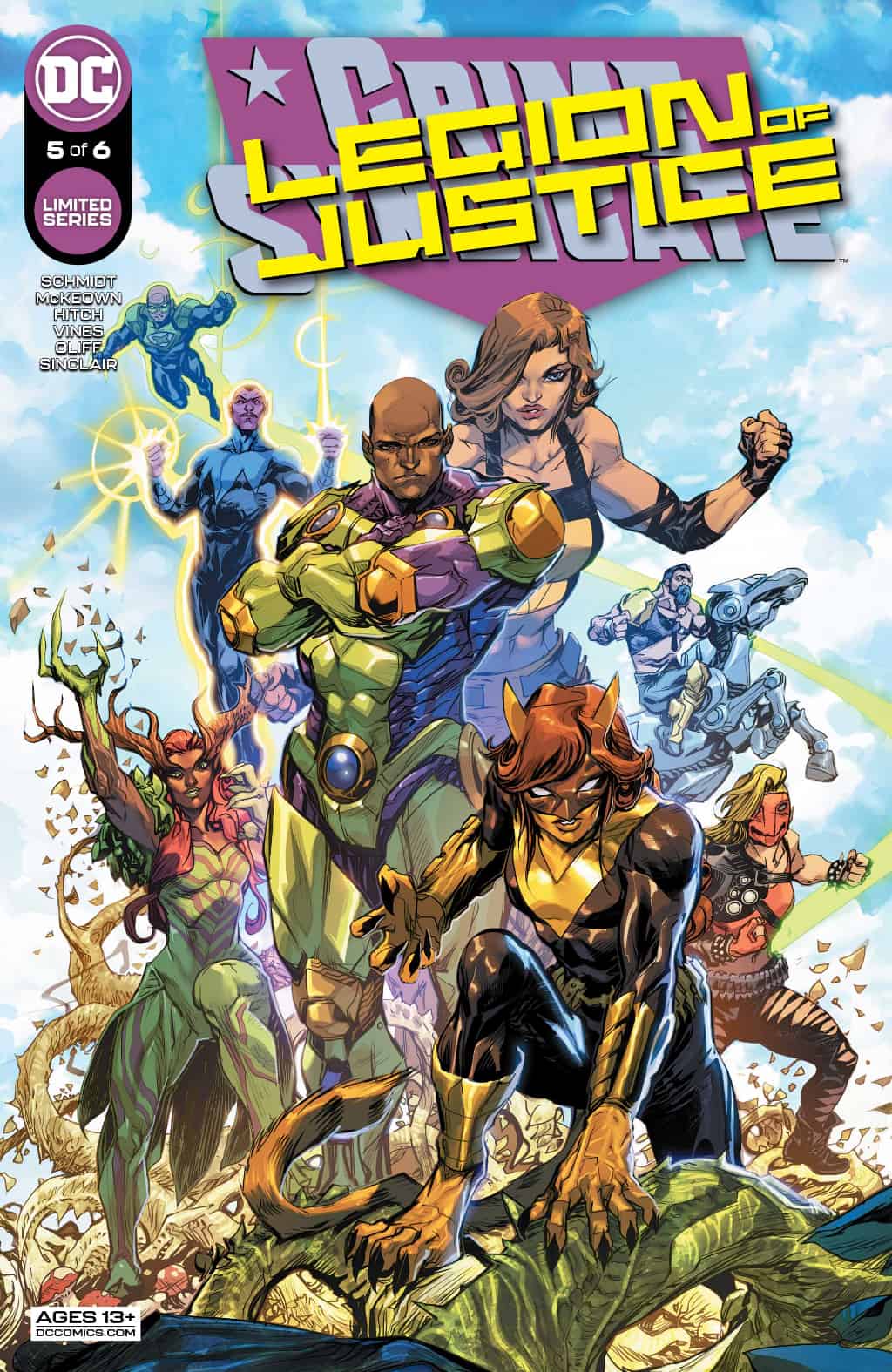 Lex Luthor has formed the Legion of Justice to go up against the Crime Syndicate. Yes, you read that right and no, you're not in the DC Universe that you're used to.

In a summer where good is bad and bad is worse, this series stands apart as the superior series of a bunch of terrible people. Writer Andy Schmidt has really hit a home run with the series about the Reverse-Justice League that fans have been asking for for a long, long time. In this issue, Luthor’s Legion of Justice goes after the Crime Syndicate and while they try and take the high road, things don’t go exactly picture perfect. What’s more, Schmidt gives us some more tidbits about life on this Earth before the Crime Syndicate took center stage, and I have to say that I would read a comic about the Crime Syndicate before they were the Crime Syndicate in a heartbeat. And it’s not only the interesting backstory that will intrigue you about this book. There’s some pretty great superhero action in this issue…well, it’s not superhero action, but you know what I mean. Even as things are falling down around everyone’s ears, Schmidt finds a way to build the characters in this book up and makes us care about what is quite possibly the worst group of human beings since the Manson Family. 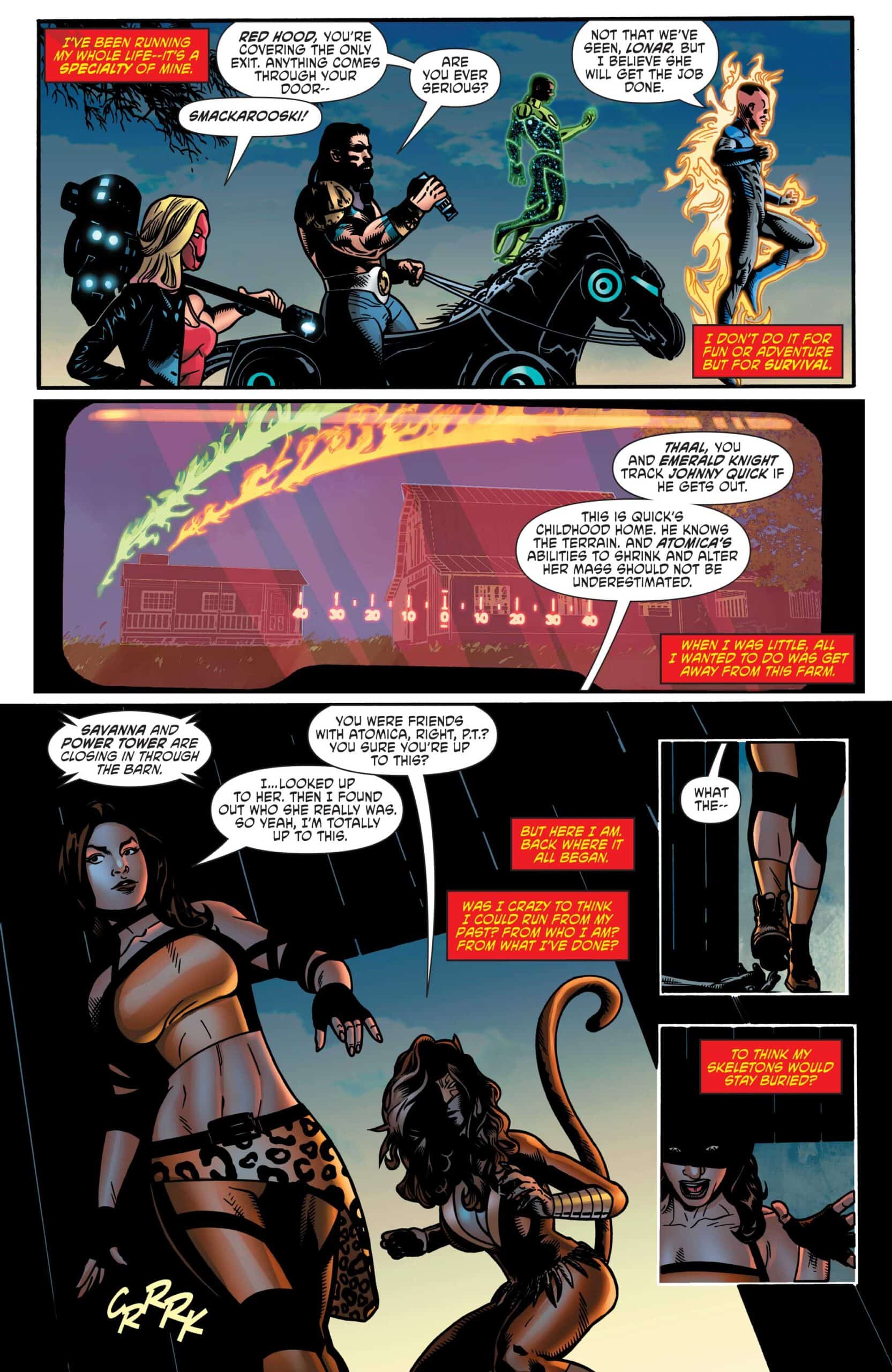 Penciller Kieron McKeown along with inker Dexter Vines deliver some more gorgeous pages this issue. This issue is PACKED with action, and McKeown & Vines deliver as nobody else could. These pages almost remind me of George Perez, they’re so crammed with characters and details that you’re going to want to stare at them for hours so that you don’t miss even the slightest detail. Besides the detail, they hit the “big picture” stuff out of the park! You can look at this book page by page and totally know what’s going on without reading a single word, but you’d be crazy because the story is amazing!!

Another issue that makes you hold your breath until the last page. Packed with action and details, this issue is a must-have.

Crime Syndicate #5: Legion of Justice vs. the Super Manson Family!