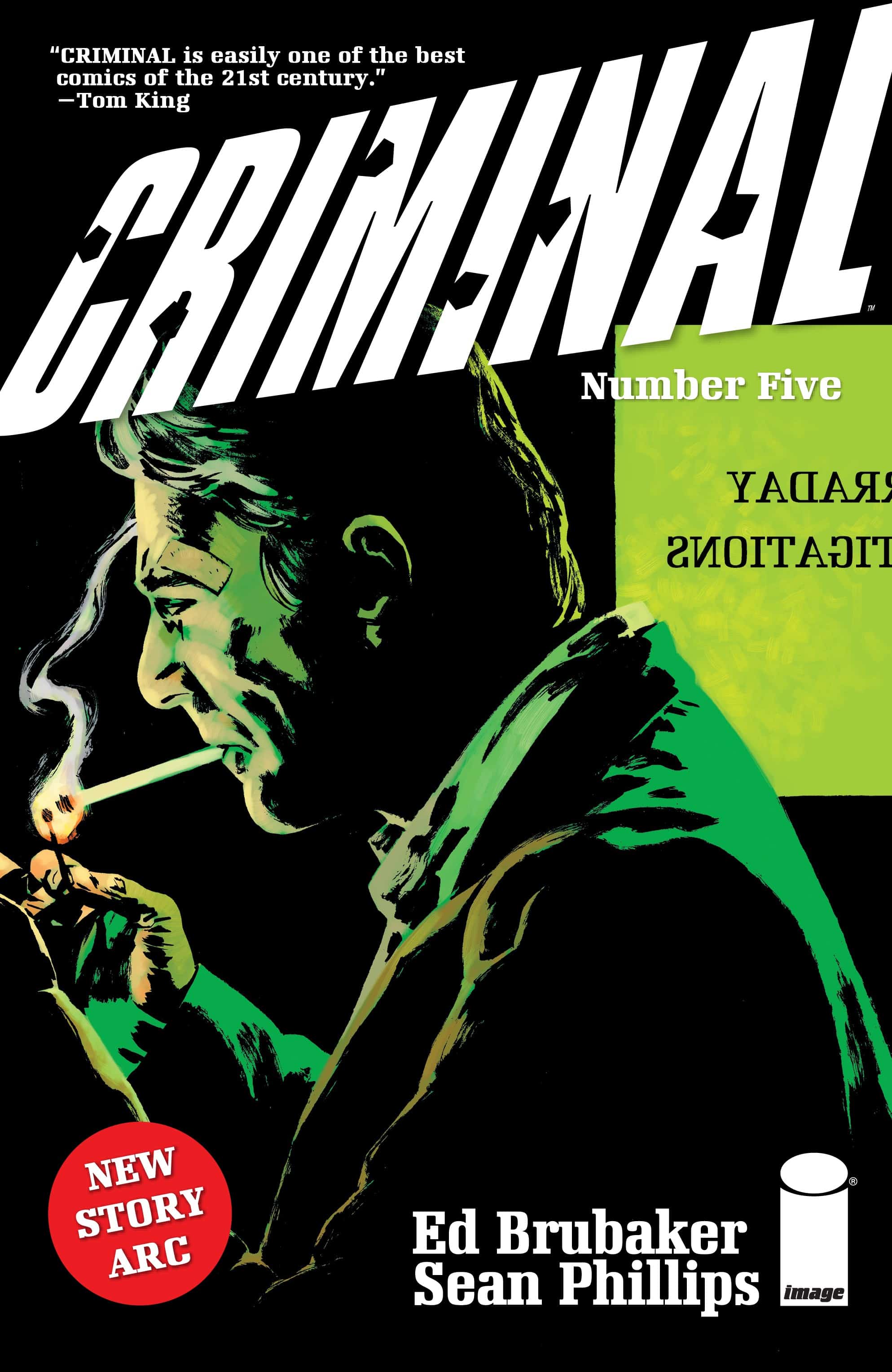 In a tale as old as time a former policeman hunts down a female con artist who uses her feminine wiles to blackmail men. He finds her and a lot more than he bargained for! 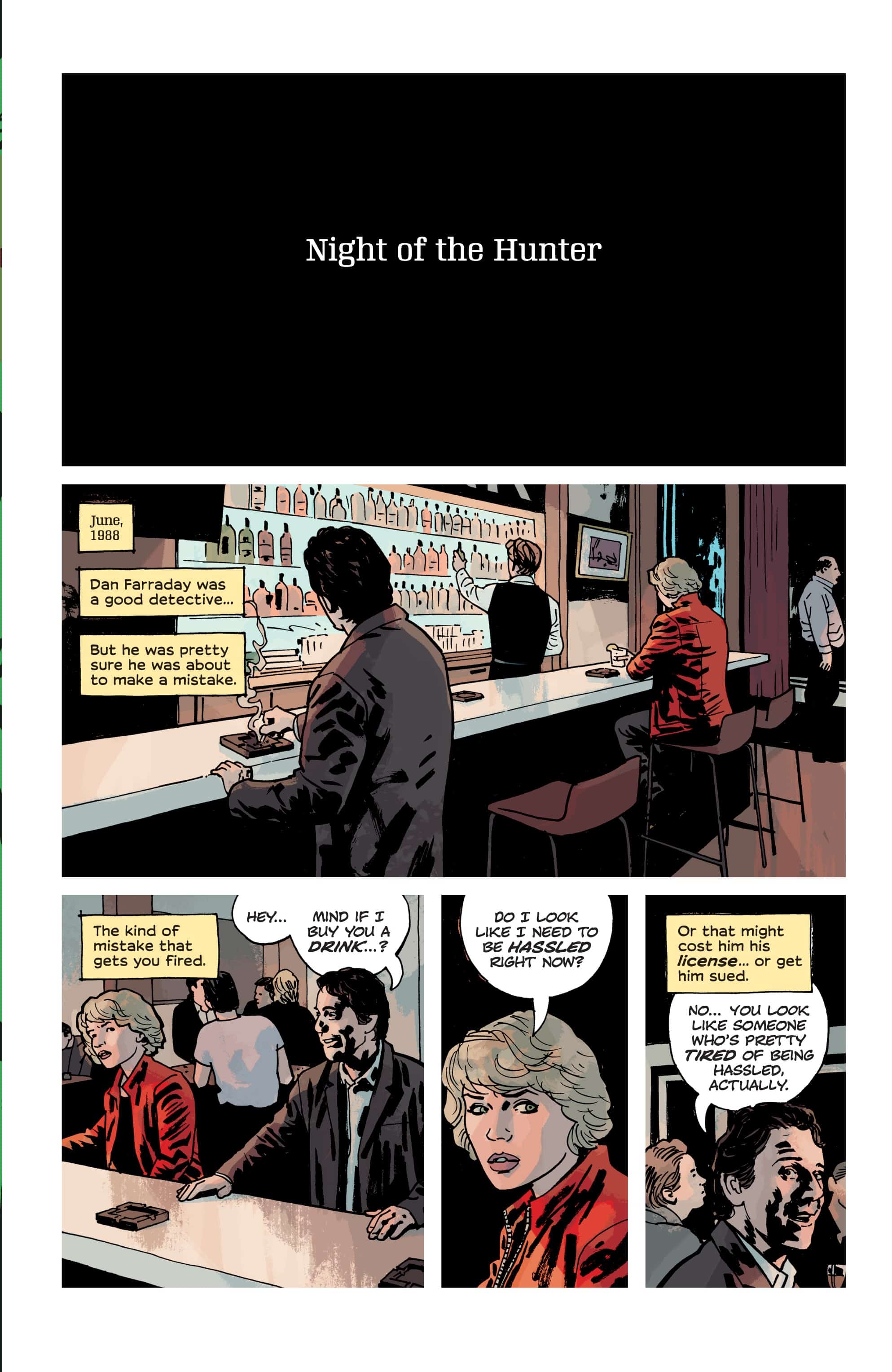 In classic Brubaker style we continue to slowly build toward the death of Teeg Lawless in a meandering fashion. He is a supporting character in his own story. He is Jaws, Alien what have you, and it’s so dang interesting! This issue introduces us to Dan Farraday, a hunter, and “Jane Hanson”, or Marina Kelly, his prey (so he thinks anyway), a con artist. Farraday is an interesting flip on the usual Criminal script as usually we don’t follow the law in such detail; although by the end of the story my attention is piqued completely. This is not an action book, or even a thriller, this is a great character piece in a series of great character pieces, if at the end of this issue we never saw Dan Farraday again I would still love this issue for what it gave us, it isn’t always about the destination, sometimes it’s about the ride. 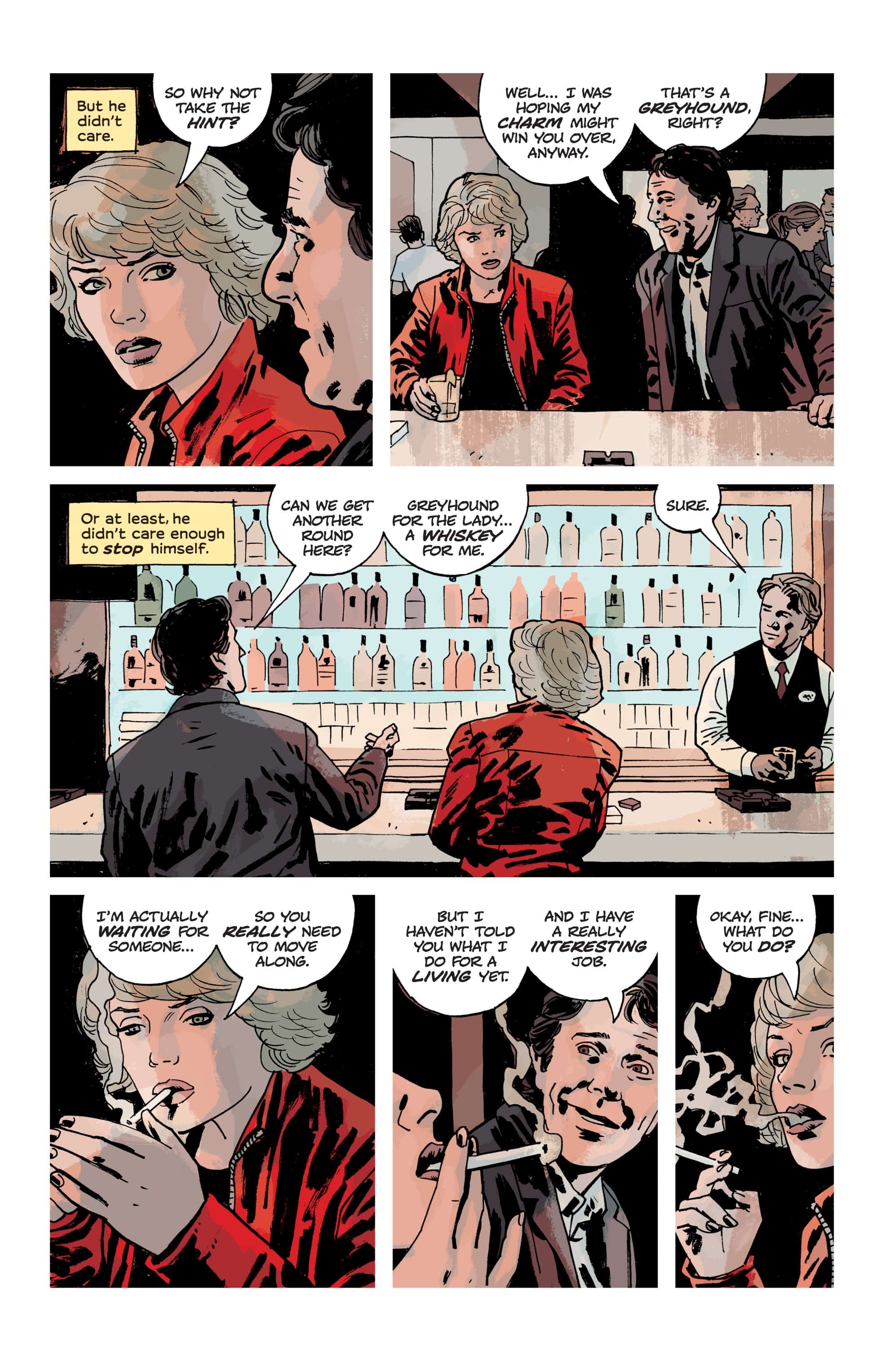 The late in the issue appearance of an integral character to this story was unusually telegraphed for Brubaker, it’s strange usually he’s a lot slicker at these kinds of things. It’s a very minor complaint and potentially unavoidable but the point stands. 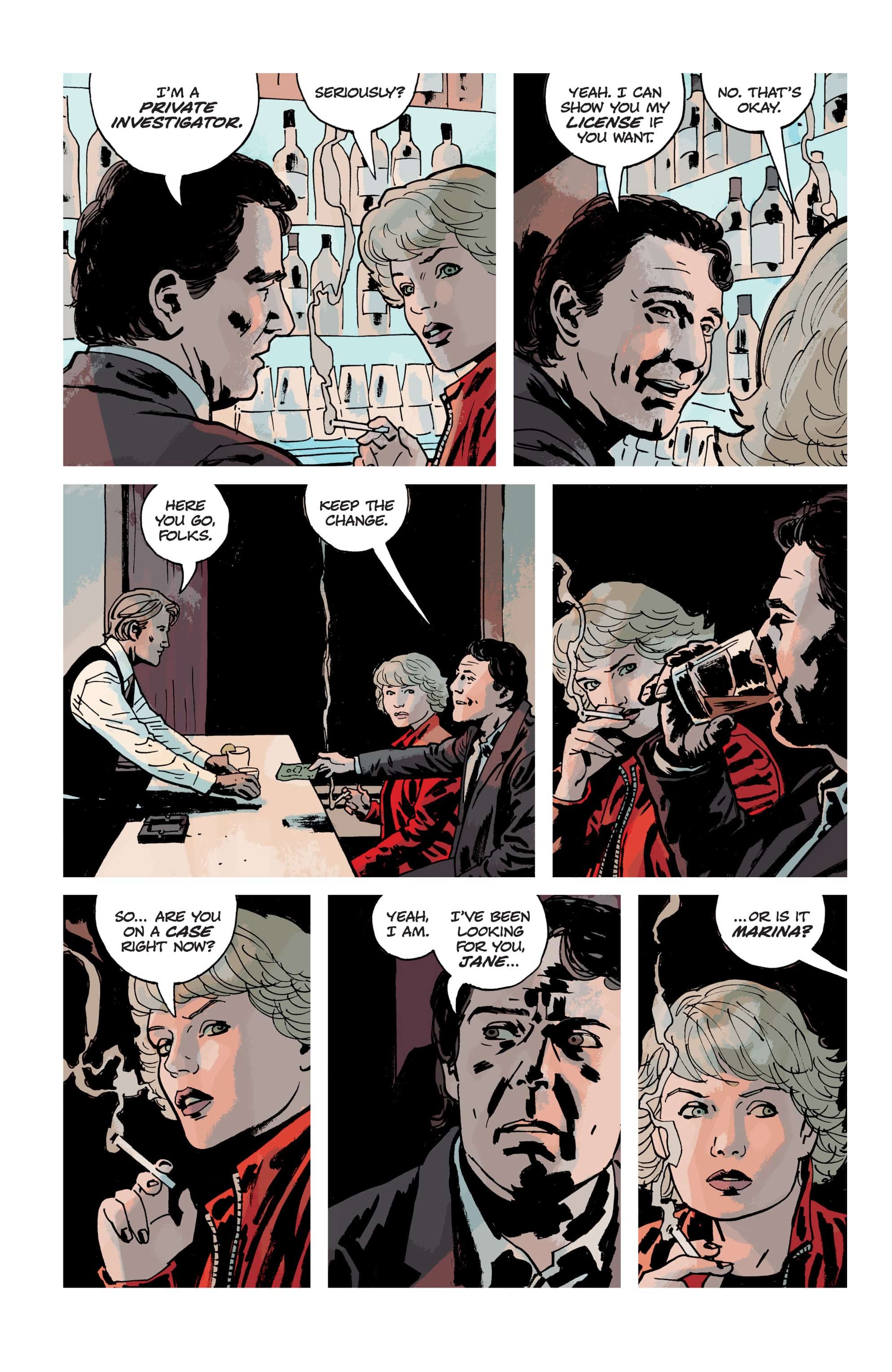 The art by Sean Phillips and Jacob Phillips continues to be some of the best on the shelves today, their work with facial expressions and body language lifts this book to a higher pantheon than a crime comic might achieve otherwise. The colors are also spectacular in the way they lend shading and effect to many of the panels. 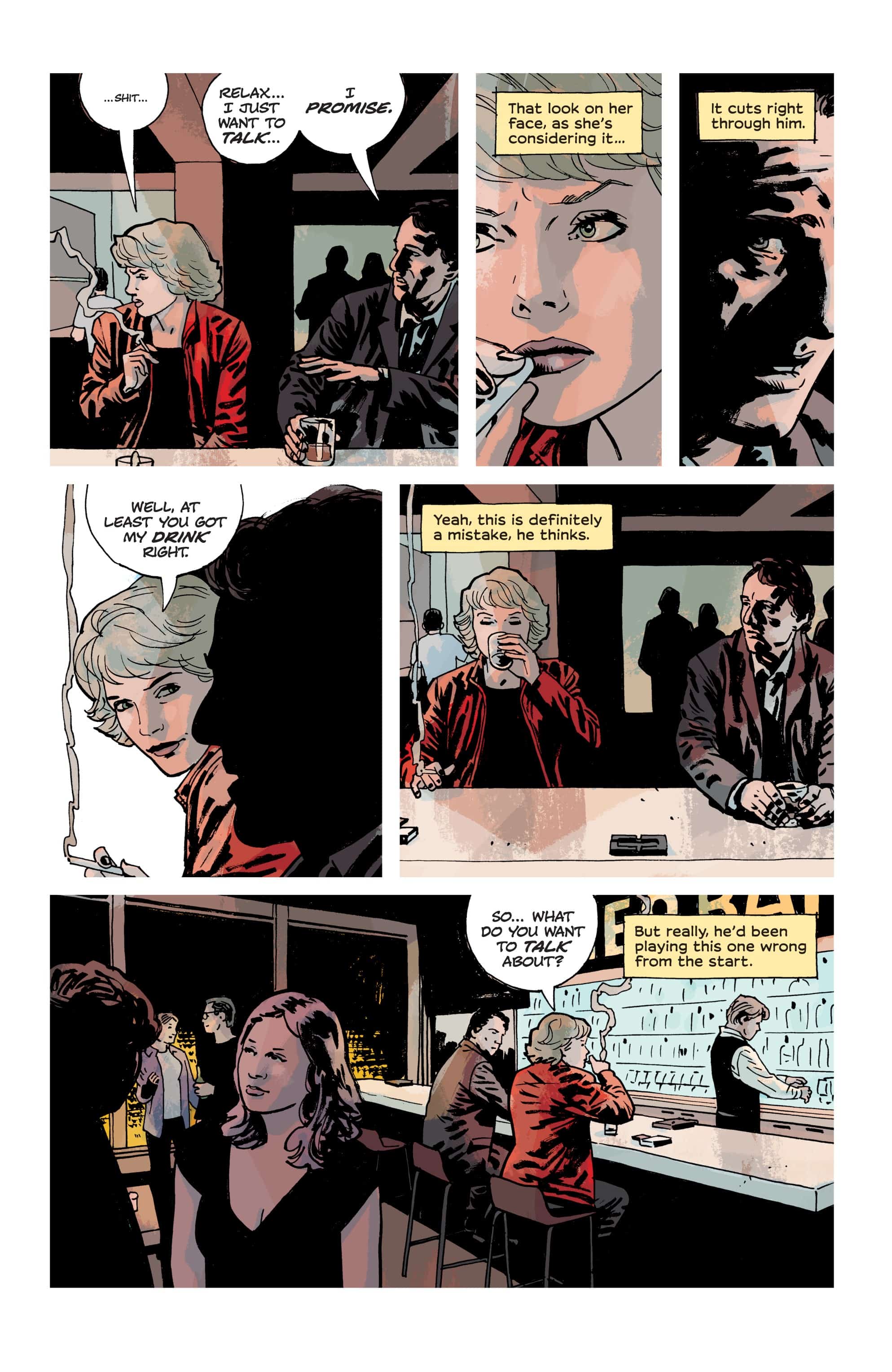 I was recently asked by someone what makes Criminal so special, so good. I put a bit of thought into it and besides the obvious angle of “watching/ reading stuff about Crime is cool” it goes much deeper. The use of a nonlinear narrative and seemingly unrelated stories set within a larger world hearkens back to classic crime comics in the style of maybe a Crime Does not Pay! or something similar, but in this series sometimes it does. As much as I love a series where the bad guys can win sometimes they don’t and that’s another thing that I love; stakes are real in this series. If Batman gets hobbled by Lex Luthor (as happened recently in Justice League) it hardly rates a footnote, you know in an issue or two he’ll be back at it, there’s nothing to worry about. In Criminal characters can die, some even go to prison! Thanks to that nonlinear narrative prison and death aren’t the ends they could be, Leo Patterson being a great example. My final thought on the subject is this, as I’m beginning to feel like I’m rambling. To me there is no greater division and relief from the constant ebb and flow of a continuous long form story that’s being going for decades than something like the sometimes small and sometimes big but always great stories contained within the Criminal series.

This is the best book on the shelves currently.