Crossover #6: Only the Beginning 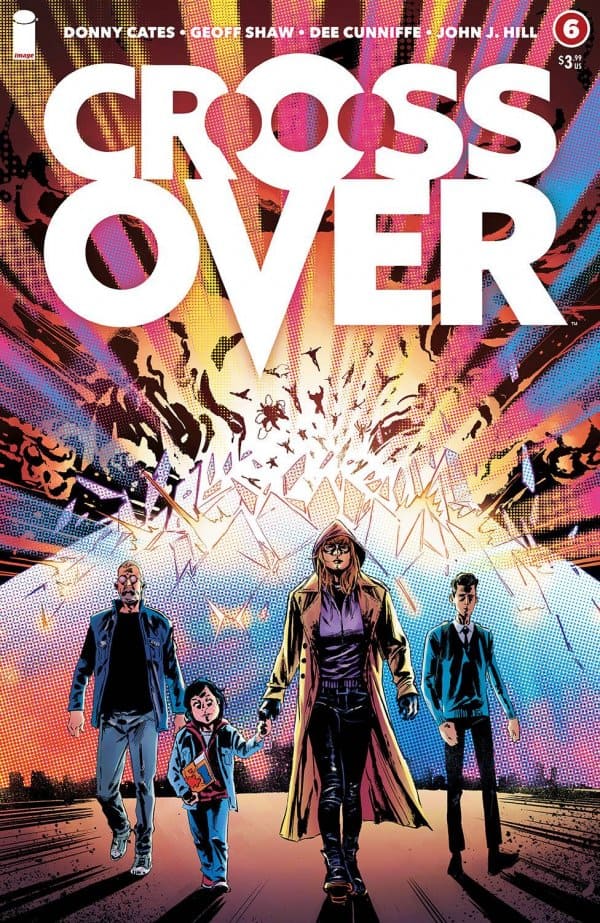 The dome has been shattered. The world is burning. Everything has come undone. DO NOT miss the SHOCKING conclusion to the blockbuster final chapter of "KIDS LOVE CHAINS!"

The finale of the first arc for Crossover explodes onto shelves this week and sticks an incredible landing.

Living up to its title in this latest issue whilst also providing even more twists to layer on deeper storytelling for future installments leaving the reader a lot to contemplate!

We follow Ellie, Otto, Ava and Ryan’s journey to its roaring conclusion in pages that are the pinnacle of this series so far! Geoff Shaw and Dee Cunniffe’s work on the artwork on these pages are nothing short of mind-blowing, the splash page particularly that boasts a plethora of popular comic characters that this title has quickly become known for is applaud worthy! Forcing the reader to stop and admire the page before continuing the epic story! 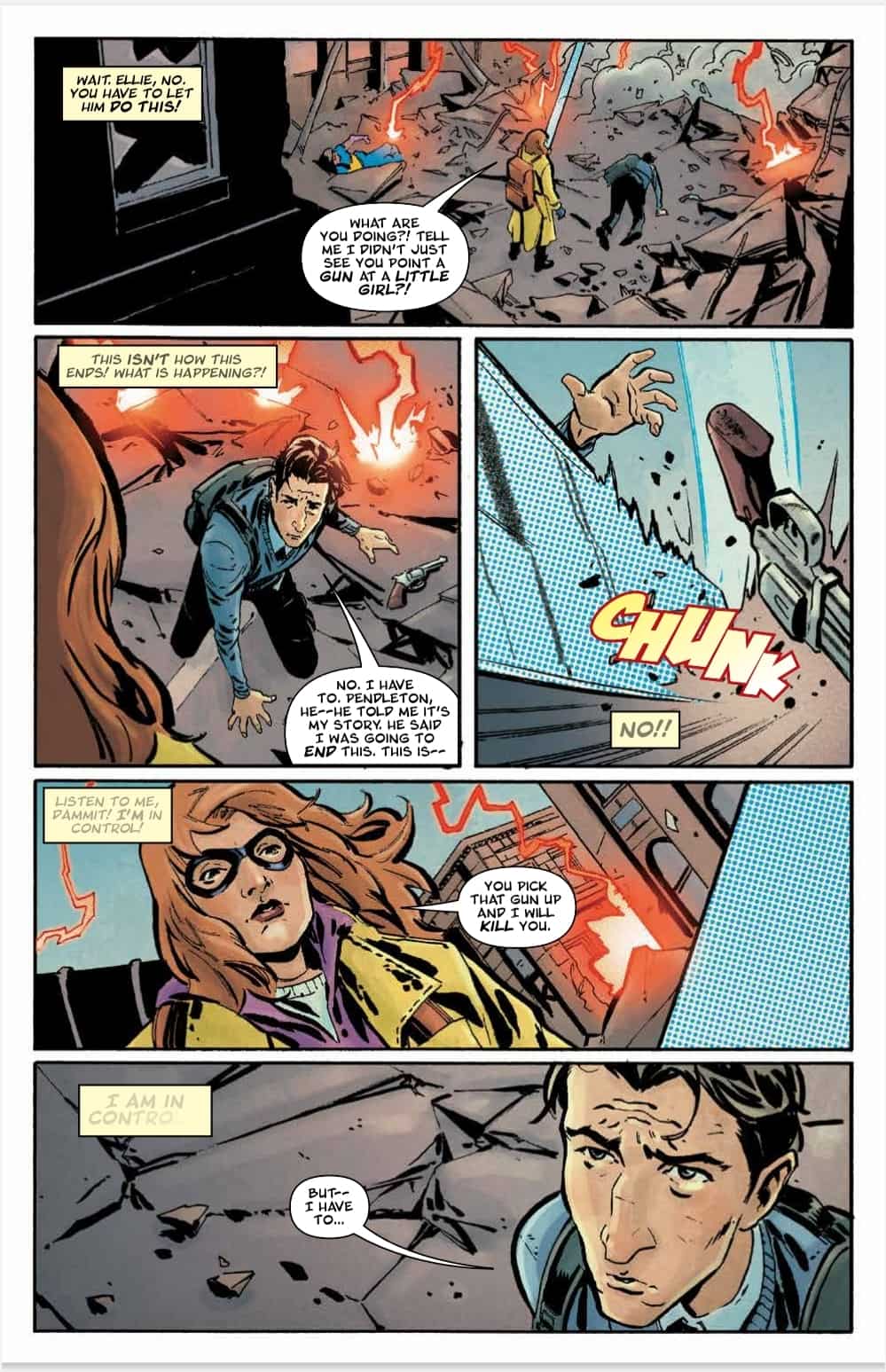 The storytelling by Donny Cates is at its grandest with comedic breaking the fourth wall which we’ve come accustom to seeing, meaningful heartfelt interactions between Ellie and Ryan and even the death of a main character this soon that feels like we’ve known for years only six issues in. Donny has it all on show for this astounding finale to his first arc!

The scenes that traverse from earth into the Dome mid-issue leads us into a jaw-dropping number of scenes involving a lot of beloved comic characters then likes of Savage Dragon, Hit Girl to even Walking Dead zombie herds that really needs to be read and adored first hand to grasp how mind-blowing the climactic ending to this arc truly is!

The issue ties up with a shocking reveal at the end (which I’ll keep spoiler-free) that will have fans who follow the series with plenty of questions and anticipation for the next arc! The end of the first chapter but this story is only beginning!

An incredible ending to a refreshing and unique series thats constantly has the reader cry out for more! Its clear that this team @doncates  @GeoffShaw12 @deezoid and @JohnJHill have poured their creative heart and soul into this project as the first arc reaches a phenomenal outcome!

Crossover #6: Only the Beginning