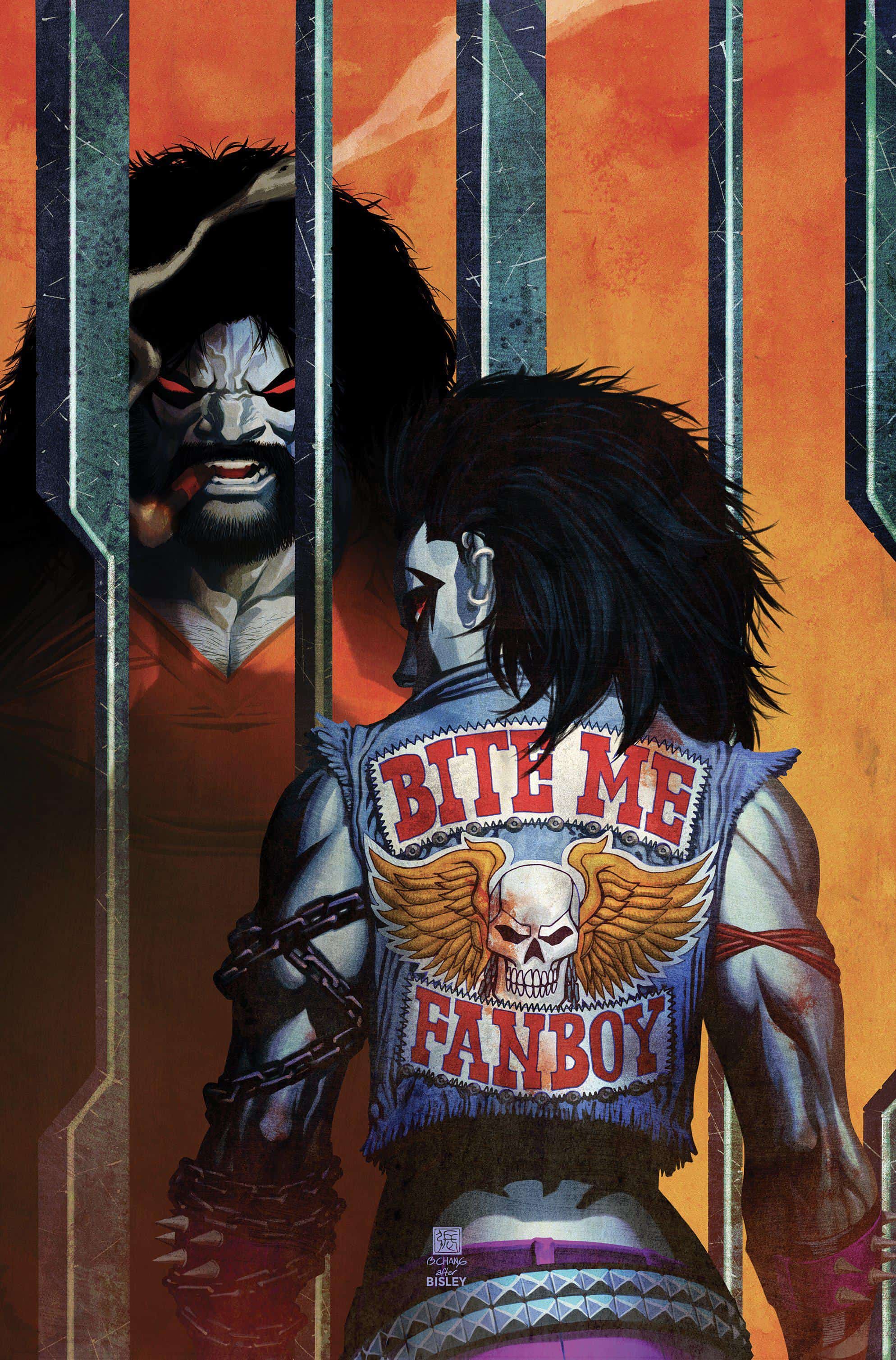 What’s a girl supposed to say when she finally comes face to face with her murderous father in space prison? Crush better hurry up and figure it out, because all Lobo wants to talk about is…his feelings? You’re not actually buying this therapy crap, are you?

These two issues work in pretty parallel ways, as we see Crush go through the prison day-to-day once she’s, obviously, tricked by her father into staying in prison instead of him (which comes as a plot twist to no one as this is Lobo we’re talking about). With fun, punch-filled, action-excellence art by Nahuelpan; Bonvillain still providing the best colors for sci-fi, for space, for kind of claustrophobic environments; Maher succeeding at the best FX and dynamic lettering on the block, and the all-star talent in the covers, these two issues definitely read better together as we see the reason why Lobo could trick Crush into thinking he was reaching for a real change. Both of the issues move the plot very slowly, and you kind of have to rely on the wider picture, but the dialogue is so fun, the occurrences so ridiculous, and Crush’s internal insecurities and thoughts so understandable, relatable, even cheesy, that the engagement is assured once you let it get into your heart. 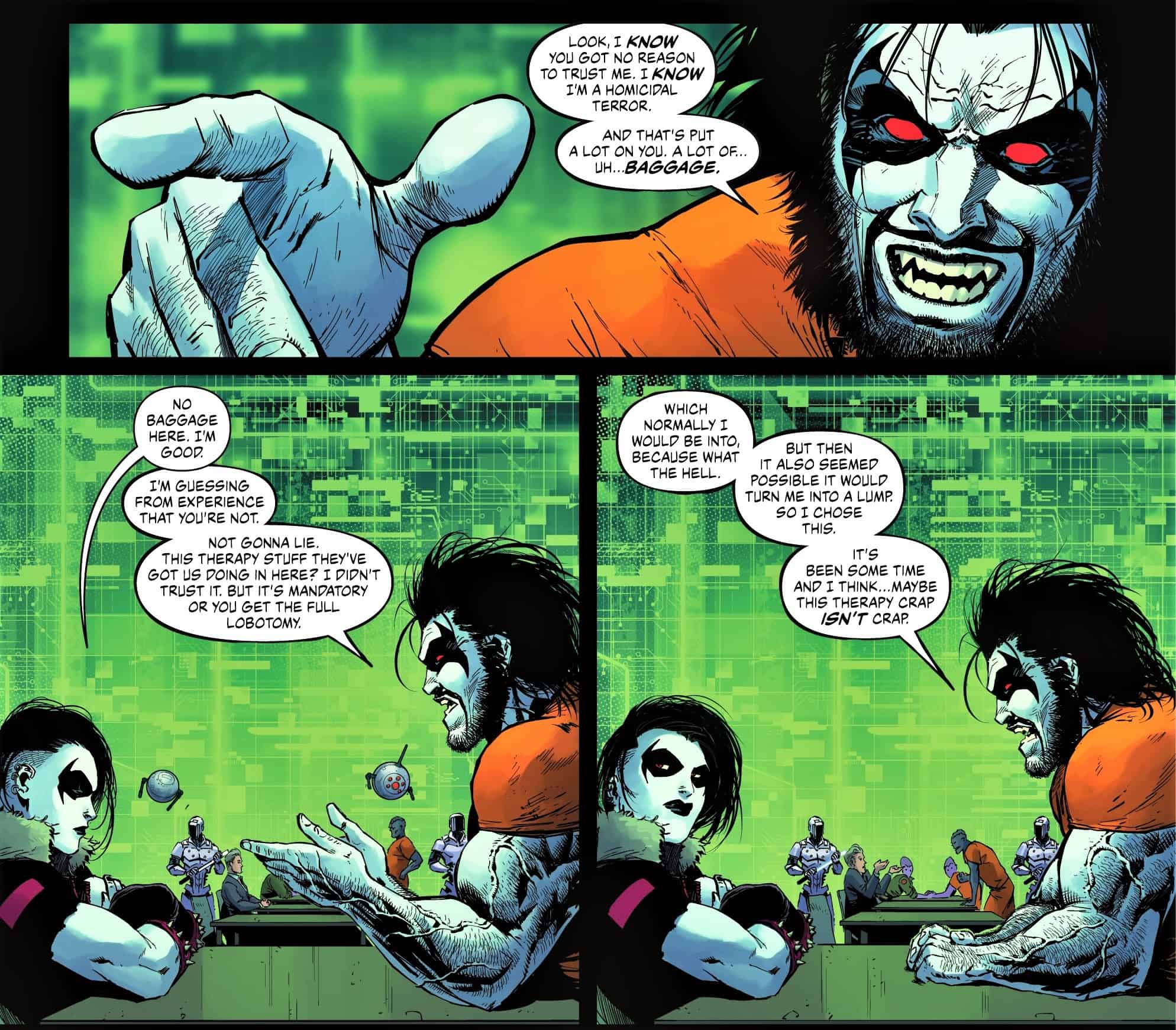 I have my issues with this story, but they’re not substantially different than with fictional prison storylines in general, and even in that way this comic succeeds where tons of others fail. The ridiculousness of the fact that the guards just roll with putting Crush in the place of Lobo because of a DNA trick, and more so, that they’re kind of happy to not correct the mistake, has a general anti-prison tone that I love and cherish, but in some places it is not matched by the execution. While a lot of the fights seem genuinely dangerous, the humor that infuses this comic kind of skims “prison as fun” ala OITNB, and I wish the criticism were harsher and felt more real, but I know I can’t expect full-on abolitionism from a fun, adventurous, sci-fi DC comic, of all things. So, while the majority of this criticism is on my own baggage and expectations, I feel some of it is the lack of compromise or consequence with the criticism the comic does pose.

That caveat aside, this story is definitely not fun for the sake of, as with every issue is planting more seeds of Crush’s dating insecurities and how they relate to how she has been treated by her father. And I love, like, a lot, that she’s an artist. That painting of Katie is so adorable, you can’t help but fall in love with that, for now failed, romance. And the story is arriving to a point of inherited trauma, insecurities, patterns and how to break them, that it’s really compelling and interesting to watch unfold.

As we get closer to the core of the family conflict, tensions arise. Through punches, space prisons and a beautiful painting of Crush’s ex-girlfriend, we’re learning something deeper about these characters.