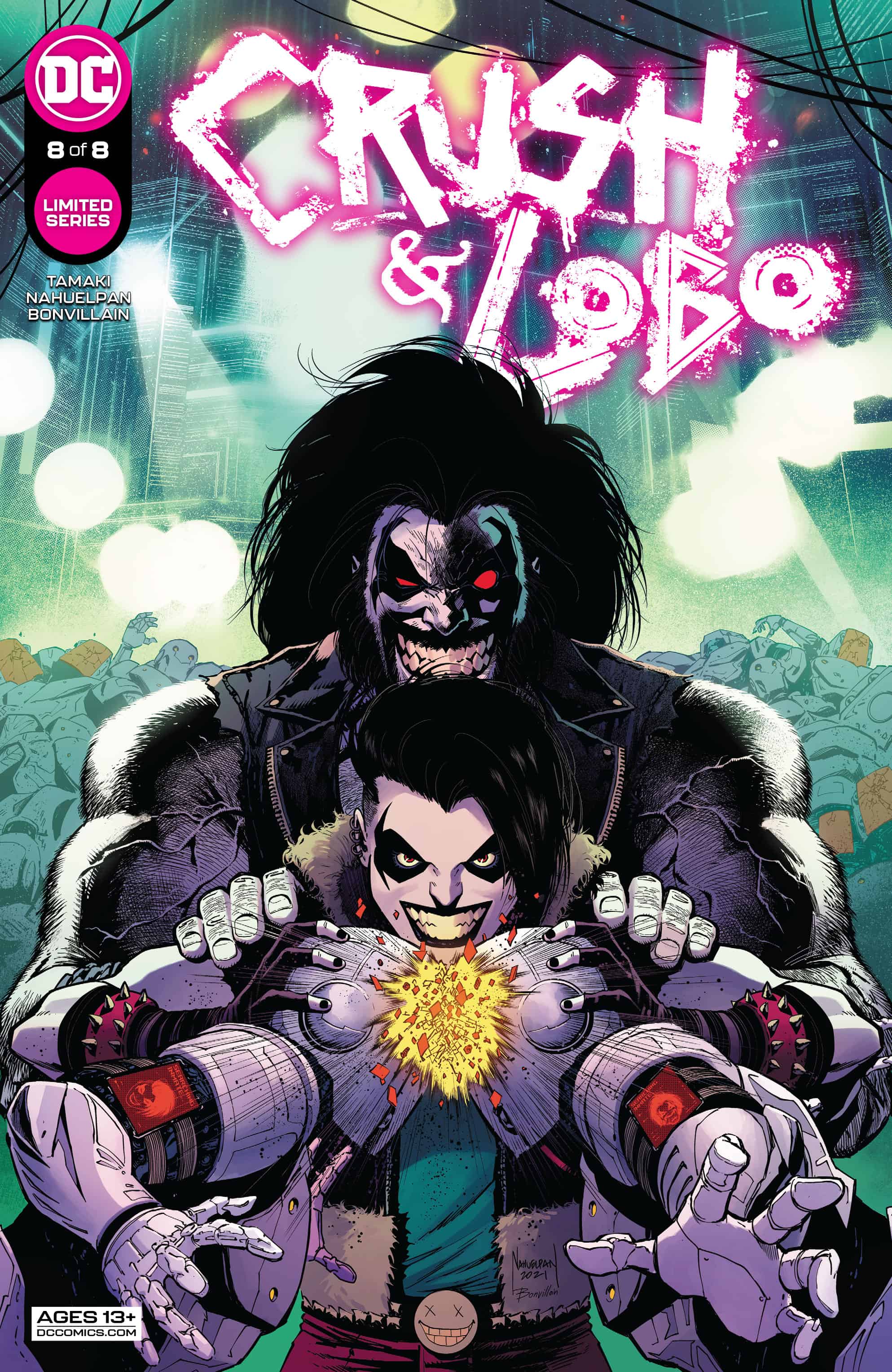 Like father, like daughter? Okay, fine, maybe a little. Crush and Lobo are back in prison, but this time they’re stuck together and no one’s happy about it. Well, except maybe the gleefully scheming warden, who’s now got two Czarnians for the price of one. Is escaping space prison worth putting aside a couple little differences like “tried to kill each other multiple times?” Crush and Lobo make no promises in the thrilling conclusion to their series!

This is a self-aware comic as if there had been no other one before it. Timing, narrative flow and urgency for the end of a miniseries break the fourth wall in pretty specific ways (“Possibly you’re wondering how much longer we’re going to be in this poorly conceived room looking at Crush and Lobo restrained in weird chairs” is literally a line in the script), as if Tamaki was telling us she has more stories to tell, but, sadly, this is the end of this one. That self-awareness walks a long mile in this somewhat fast-paced closure, in which Lobo and Crush end up as far away from each other as they started. This is not a family reunion, and Lobo is not gonna make up in a restorative way for his daughter, the wound is not being treated. 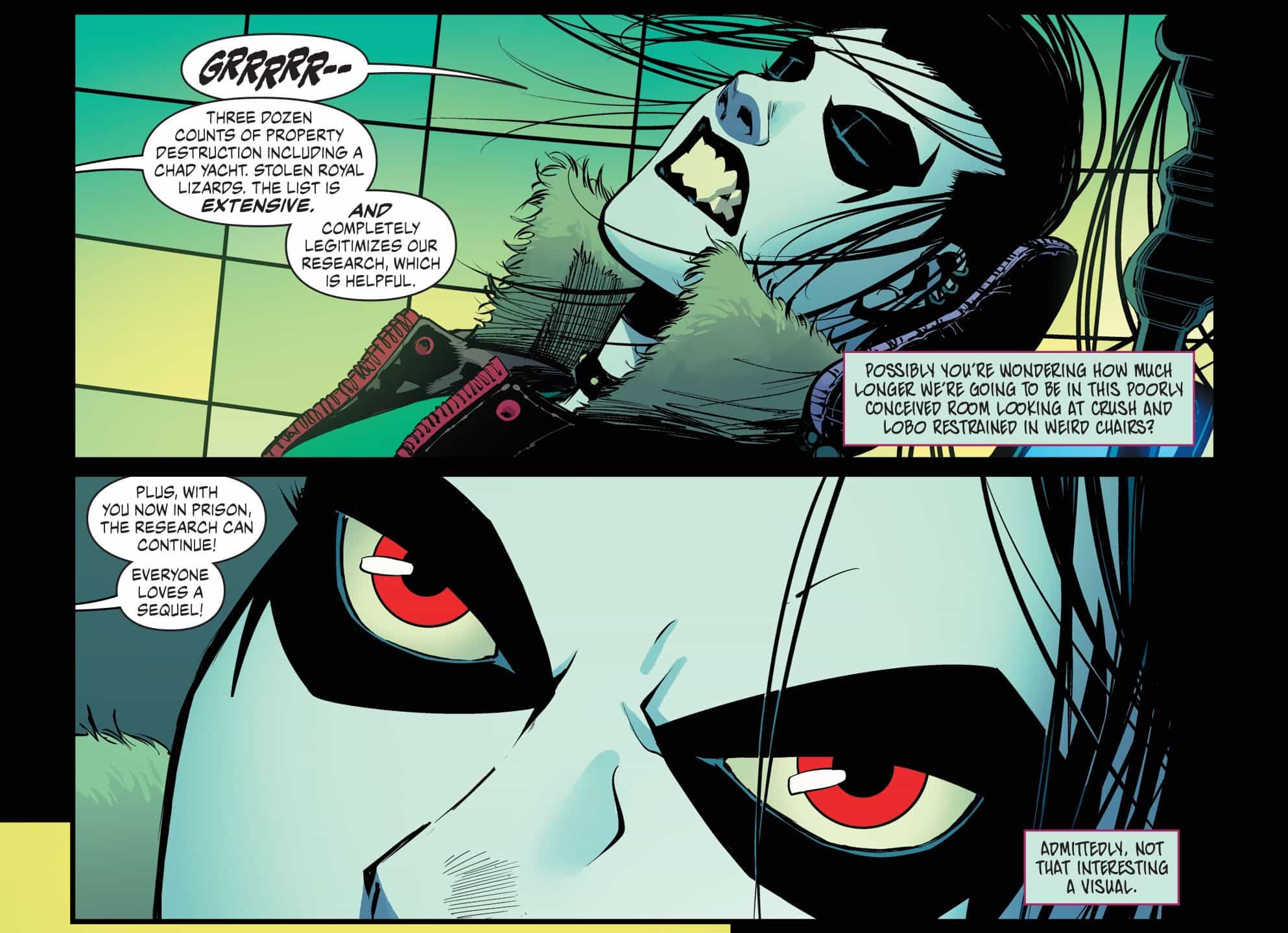 But that doesn’t make this comic storyline static, as the journey has made Crush learn that this pain, this grief, is something she has to face, explore, live with, not run away from. To go back to the places that hurt until you learn how to do things differently. It’s a powerful lesson in self-affirmation and a complex character study, and, while the bombastic action visuals by Nahuelpan serve to drive the fight-or-flight message previous to that realization, this last issue shines better when it gets intimate, personal, close to the characters and emotion-filled. Bonvillain and Maher are, as always, the perfect fit for this dynamic, mood-changing book. And yes, probably the visuals on this last issue aren’t as interesting as what we have seen this team do beforehand, or as mind-blowing, but the message arrives, the story concludes, and it’s impossible to not feel warmth and comprehension for this amazing character. And you can’t over-state the importance of having this complexity and depth in the arc of an LGBTQ+ character. I’m truly glad this series has existed.

Crush and Lobo #8 is a powerful ending that digs deep into Crush as a character and as a reflection of carried trauma. I’m gonna miss this series and I kind of already want it back.