Daredevil #2: The One Who Does What is Sinful 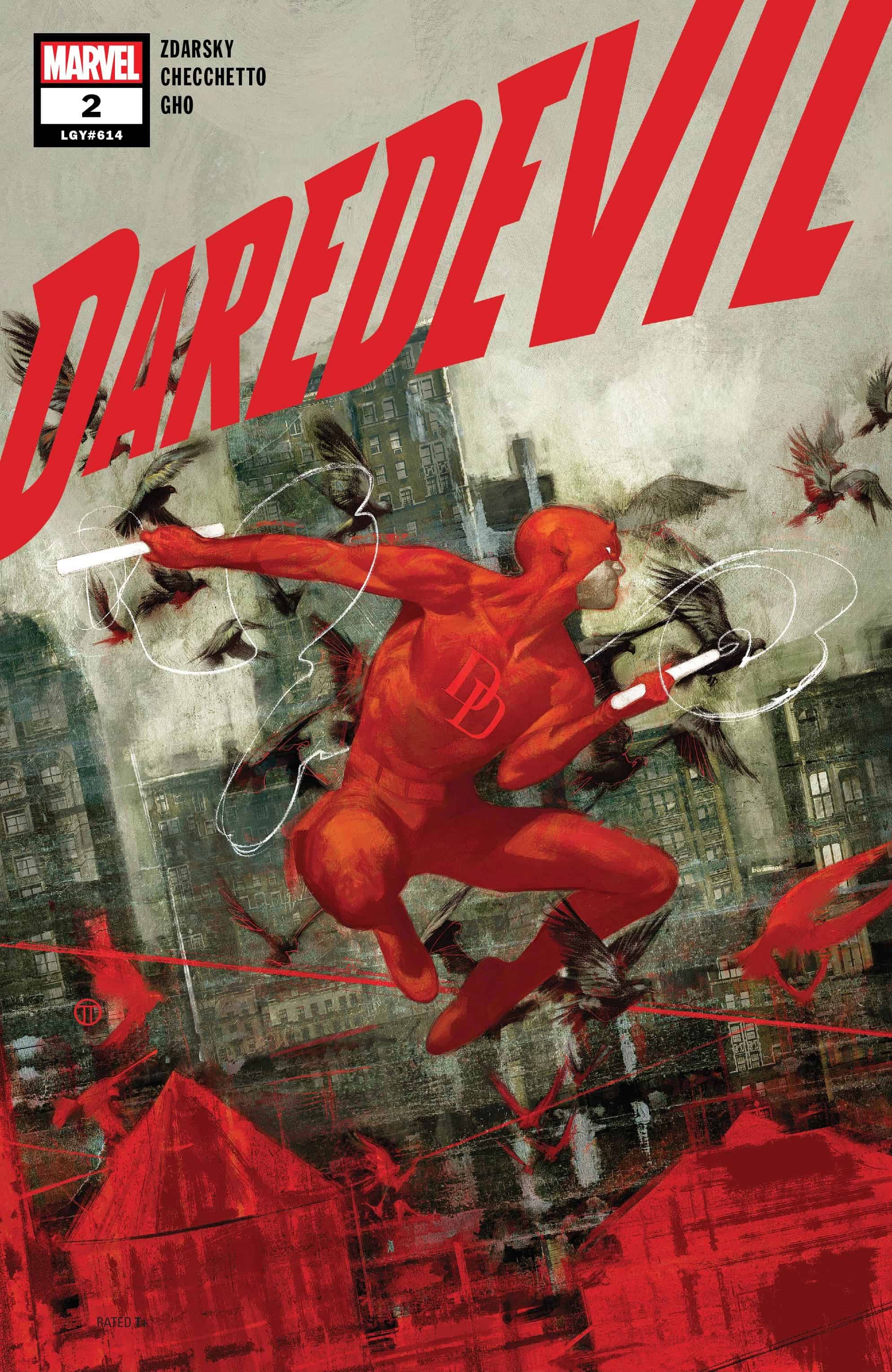 Law enforcement, led by Detective Cole, is combing the streets for the now-murderous Daredevil. Matt meets Foggy and declares his innocence, but refuses his friend’s plea to turn himself in and prove his innocence. Matt knows the public won’t let him keep the horns this time, and he needs to prove that he’s been set up before any reasonable defense can be mounted. Matt’s first stop is the physician that attended the deceased crook. However, his interrogation reveals the doctor is telling the truth and the only thing Matt gets from him is a reproving tongue-lashing.

Detective Cole is getting to know his incompetent, yet clean, new partner as they await a meeting with Mayor Fisk. Impatient, Cole bursts into the office and asks Fisk about his antagonistic relationship with Daredevil. It becomes clear that Cole is not Fisk’s man, rather he left his life and home in Chicago to take the “former Kingpin of Crime” down. Daredevil just happens to be the first case he’s caught since moving to New York City. After the detectives leave, an eavesdropping Matt overhears Fisk admit to Westley that he didn’t set up Daredevil and that Matt has “finally done himself in.” 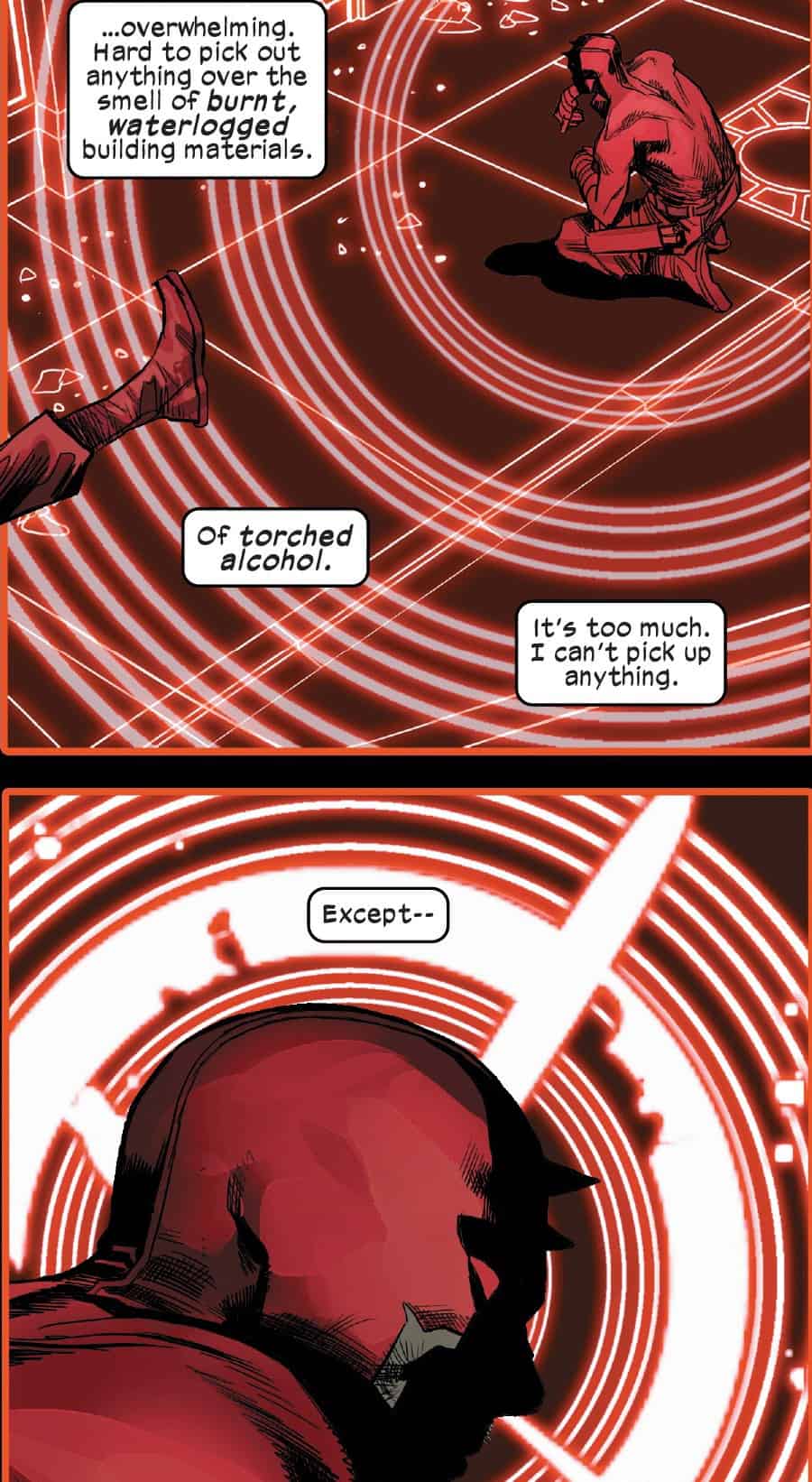 Matt goes to church to ask Father Simons for advice, but a Sister Elizabeth helps him instead. She tells Matt to go help people if he wants to help people, instead of talking about it. Next, we see a montage of Daredevil hitting the streets (and the criminals that inhabit them) while telling himself that he’s very good at using violence coupled with compassion. Though he’s very precise and would never kill someone, in the end, he hurts people while dressed as the devil, which really kills his credibility as a witness for his own defense. He also worries that if Foggy doesn’t believe him, who will? This logic drives Matt to the scene of the crime where he senses a clue, but before it’s revealed he’s ambushed by Cole and Higgins, who apparently had the same idea. Shutting out his sense of smell and hearing in order to focus left him vulnerable, and as he withdraws, Cole is able to get a shot off and downs Matt to the ground. 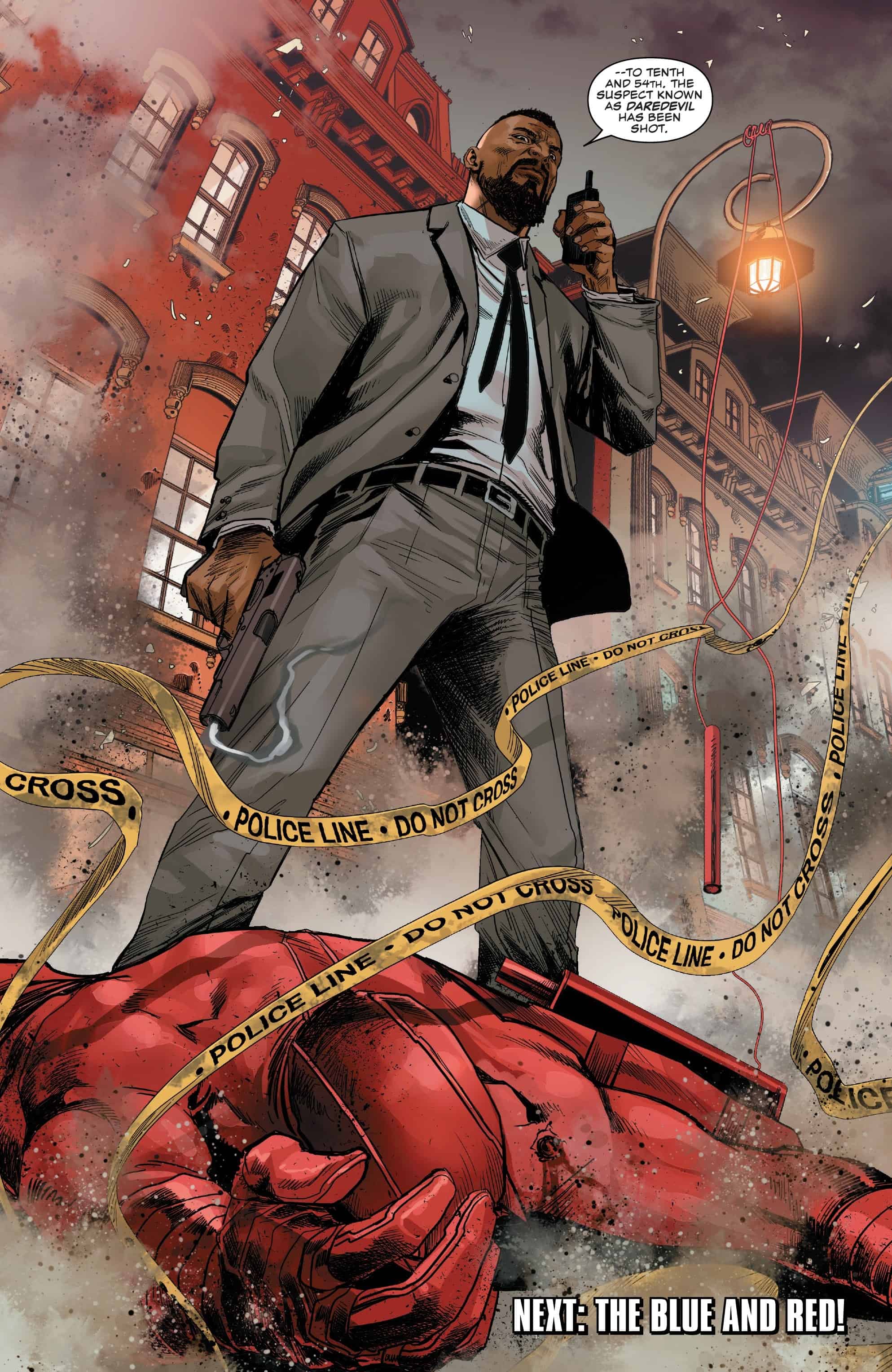 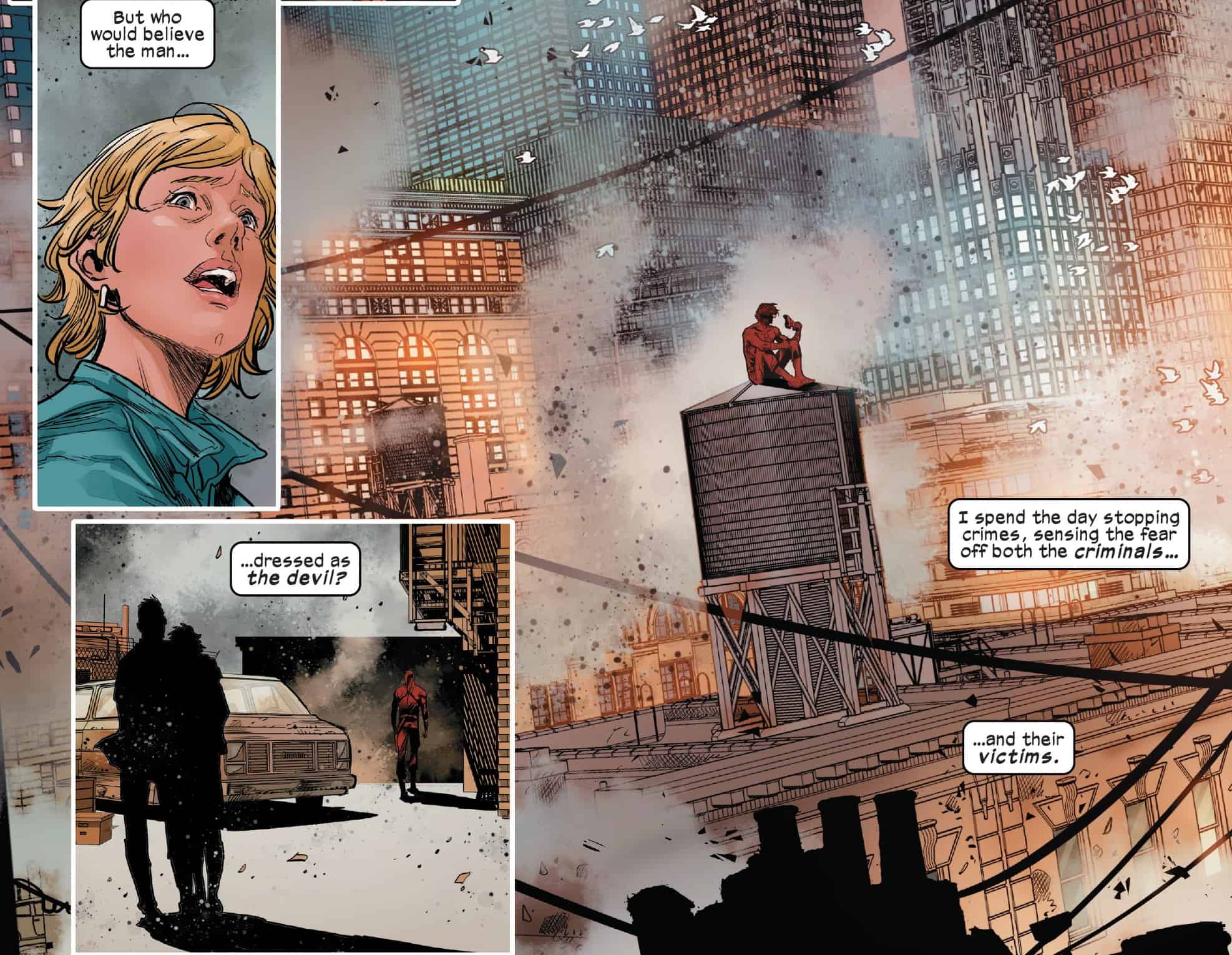 Writing:  Zdarsky has set up an excellent murder mystery here, while successfully visiting Matt’s perpetual angst of the cost of being Daredevil. The two new detectives are exactly the interesting, archetypical, odd-couple all great crime stories need and using Fisk as a red herring was an excellent, though obvious, choice. Having Cole bag Matt this early in the arc is risky and exciting, I can’t wait to see where it goes from here! 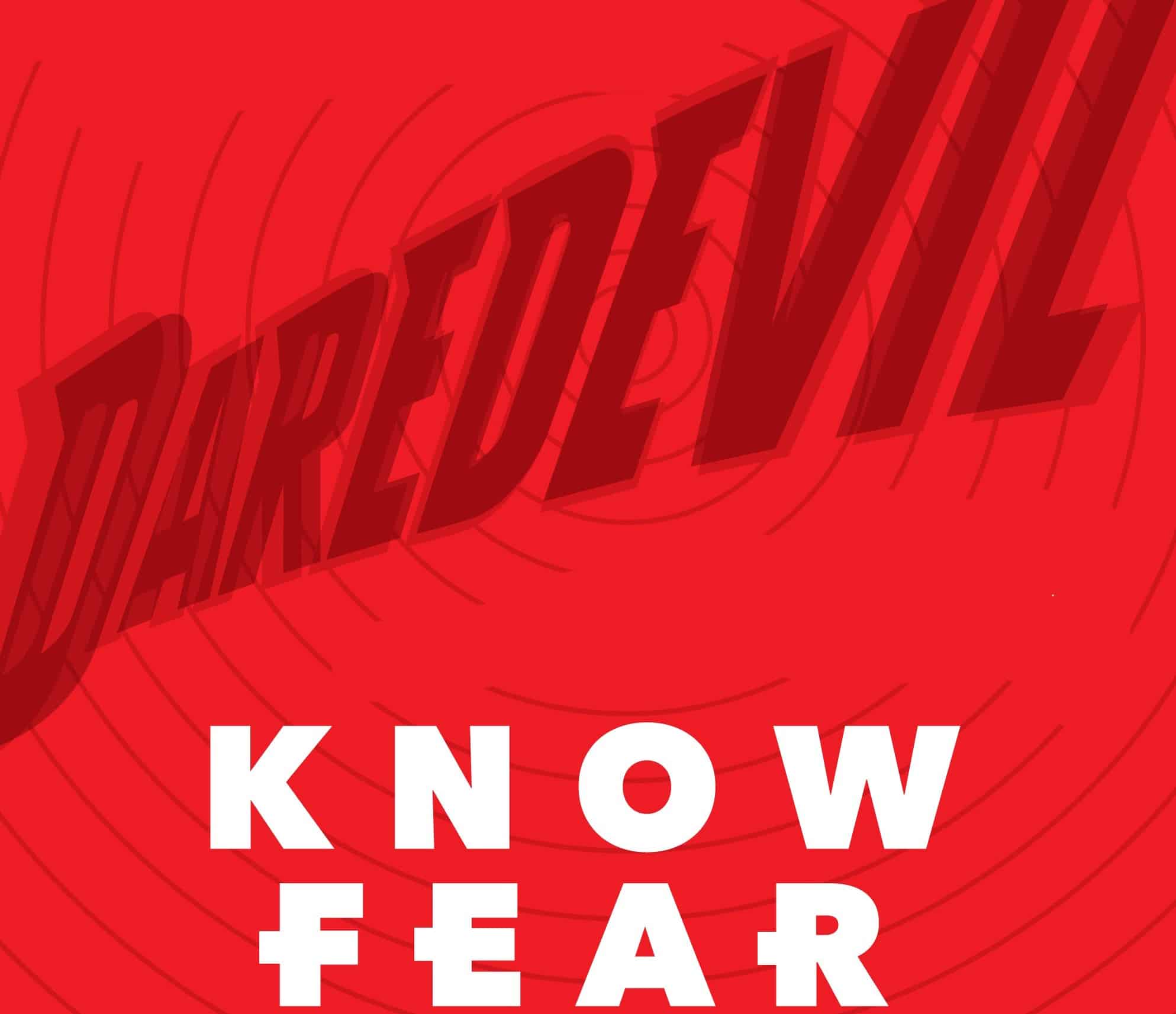 An excellent run so far, definitely the favorite Marvel title in my LCS hold.

Daredevil #2: The One Who Does What is Sinful