Daredevil #30: Daredevil Walks Into a Bar….. 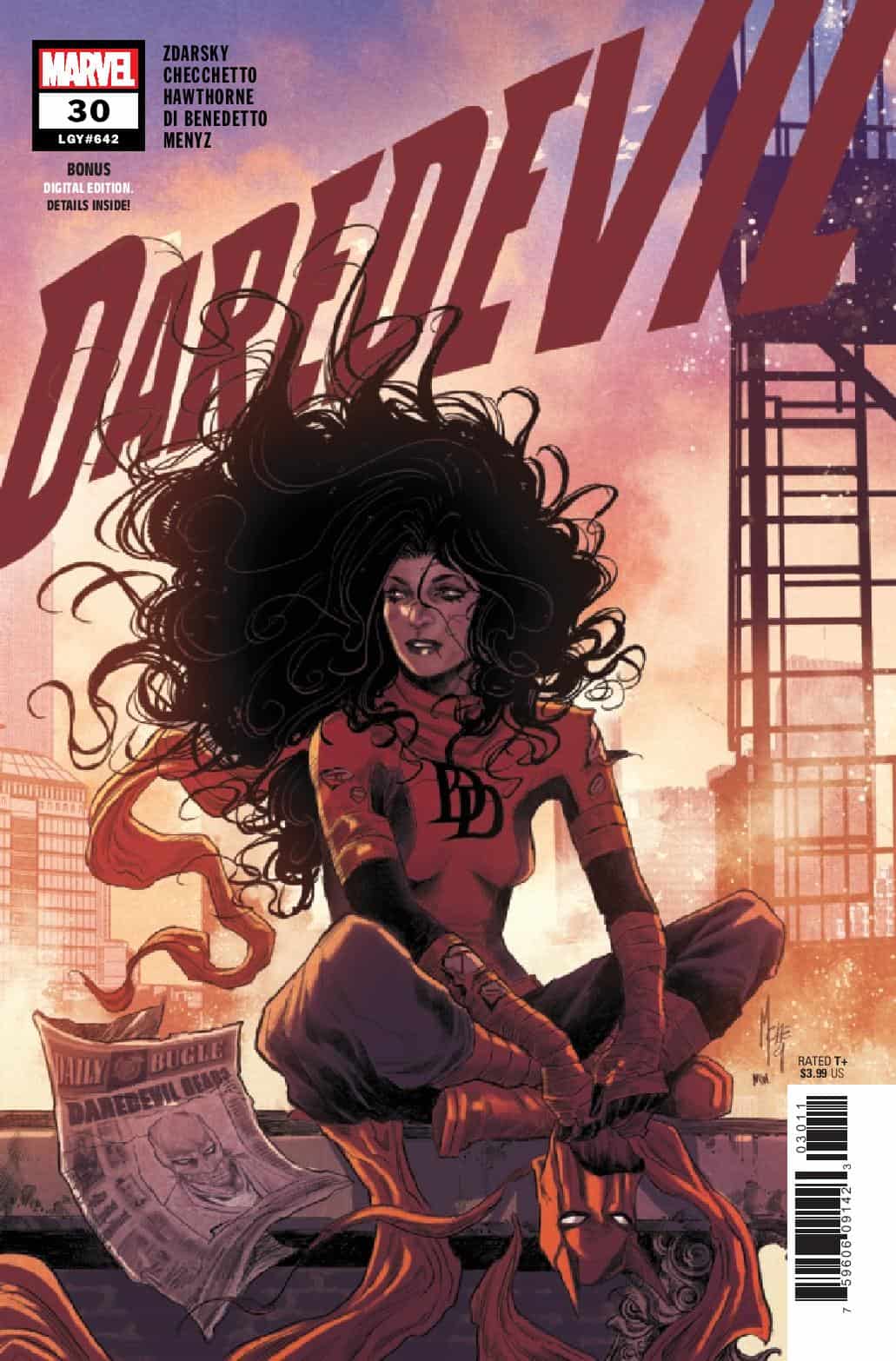 The artists for this issue are two of my favorites – Mike Hawthorne and Marco Checchetto, with inks by both Checchetto and Adriano Di Benedetto. The art itself runs the gambit this issue from the posh, lush, tower of Wilson Fisk to the warehouse raves of Hell’s Kitchen to the very unpleasant atmosphere of a jail hospital bed and beyond. Both artists do fantastic character work from Elektra’s sidekick Alice to the Kitchen’s new crime boss Butch to the Kingpin himself. Equal justice is done to Matt’s twin brother Mike, who is seriously cracking me up in the last handful of issues to Foggy & Cole and even the Kingpin’s “associate.” Hawthorne & Checchetto both hit high spots with the emotions on character’s faces in this issue, you can tell exactly who’s planning and scheming with a subtle raise of an eyebrow, or the wrinkling of a brow. It’s amazing how both artists can make New York City look like an actual sewer to the most beautiful place on Earth, and everywhere in between. As much attention as author Chip Zdarsky gets this book, it wouldn’t be nearly as good as it is without these guys more than pulling their weight every single month without hardly ever taking a week off. Nice work, boys!! 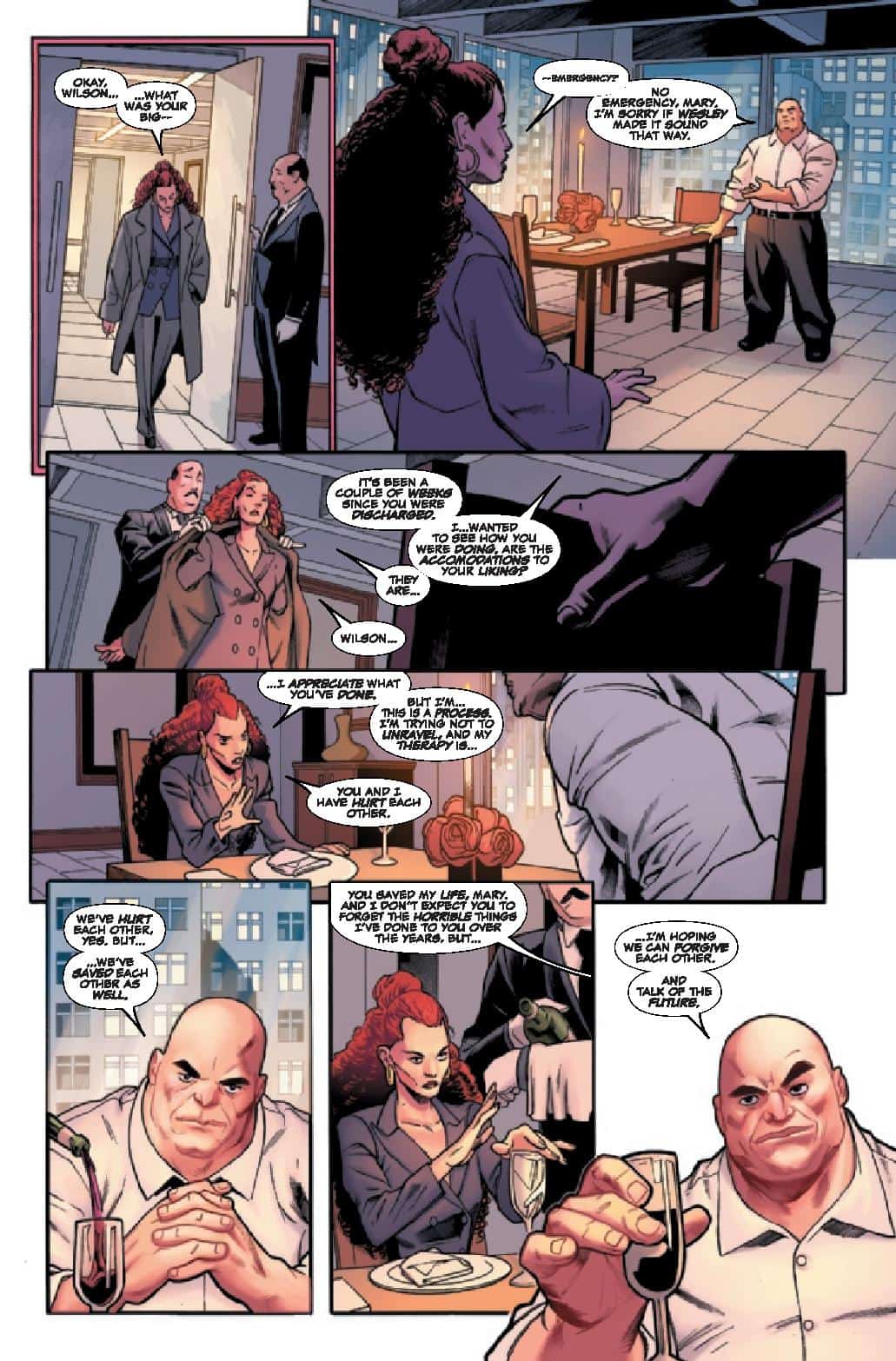 As for the story, author Chip Zdarsky is up to his old tricks again – writing really good comics. This comic just doesn’t ever let up. From month to month, I can’t remember this comic ever taking a break by just having DD fight a villain. There are always at least three or four different stories going on at the same time and Zdarsky will end two of them and then start three new ones in the exact same issue. And I’ll say it right here and now, if Matt doesn’t get out of jail that’s absolutely fine with me because Elektra as Daredevil is just as, if not more interesting than Matt as Daredevil.

If you're not reading Daredevil, you're missing out on a very well-done comic. The writing is excellent, the art is probably the best art in a Marvel Comic being published currently and it has got to be the most entertaining superhero book out there today,

Daredevil #30: Daredevil Walks Into a Bar…..