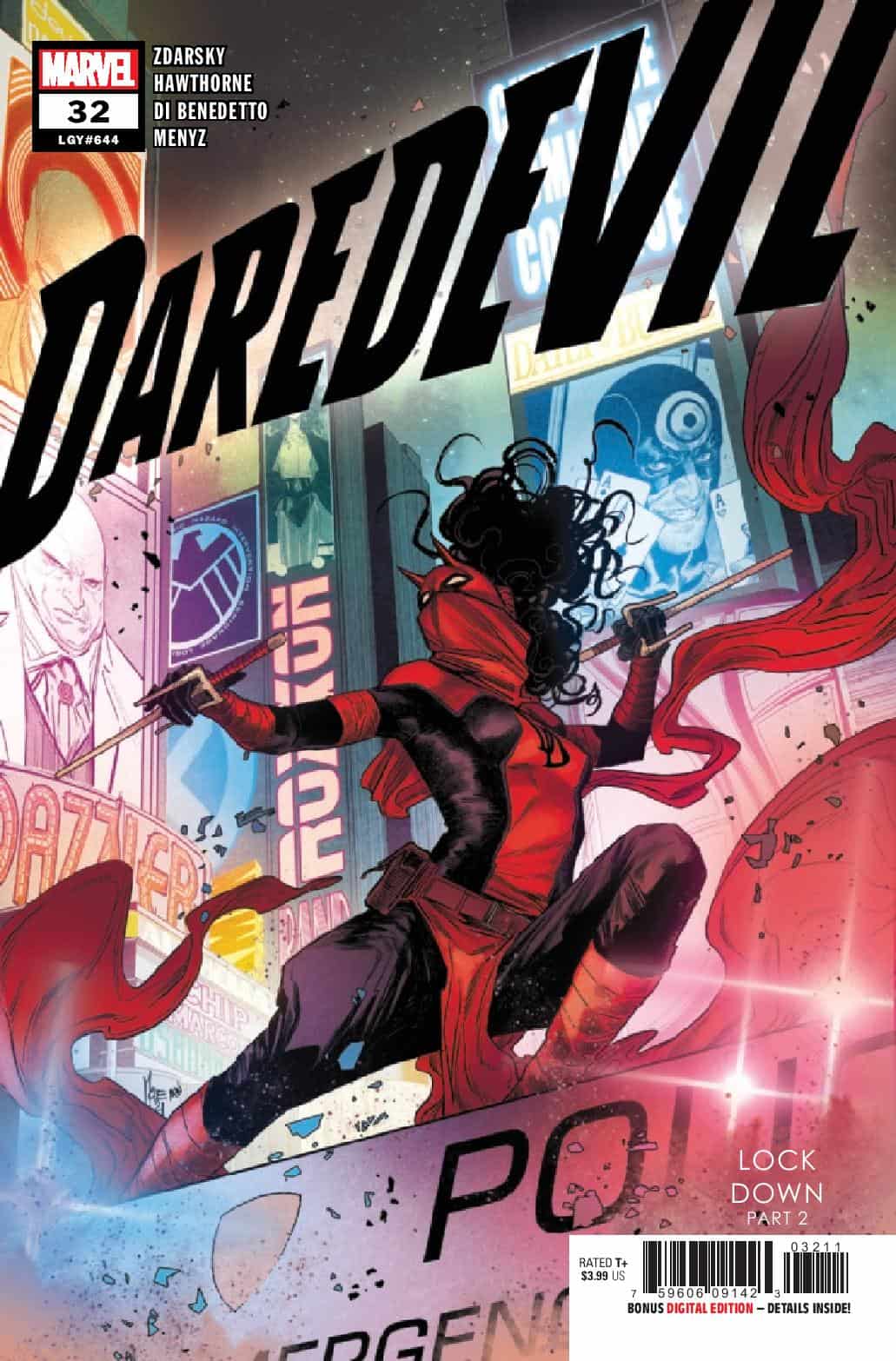 This latest issue of Daredevil is really great…in a totally different way than the others are. Author Chip Zdarsky has played chess with these characters and now we get to the board from the other players’ point of view. We get to see just what goes on in Daredevil’s life. Elektra (as Daredevil) hasn’t really changed her game that much. She’s still pretty harsh with zero empathy for criminals and villains. The big difference is that where normally she might kill them but that’s something, as Daredevil, she can’t do. Add to that, she’s looking after a young lady whom she’s training and you’ve got all sort of drama.

Zdarsky throws in a quick check-in with Matt, still in prison, as well as a look in at the Kingpin, and his crew. One of the big takeaways from his run on this title is the characterization of Typhoid Mary. He reinvents the character in a way that is a whole new shade of crazy. Truly frightening and SO entertaining! 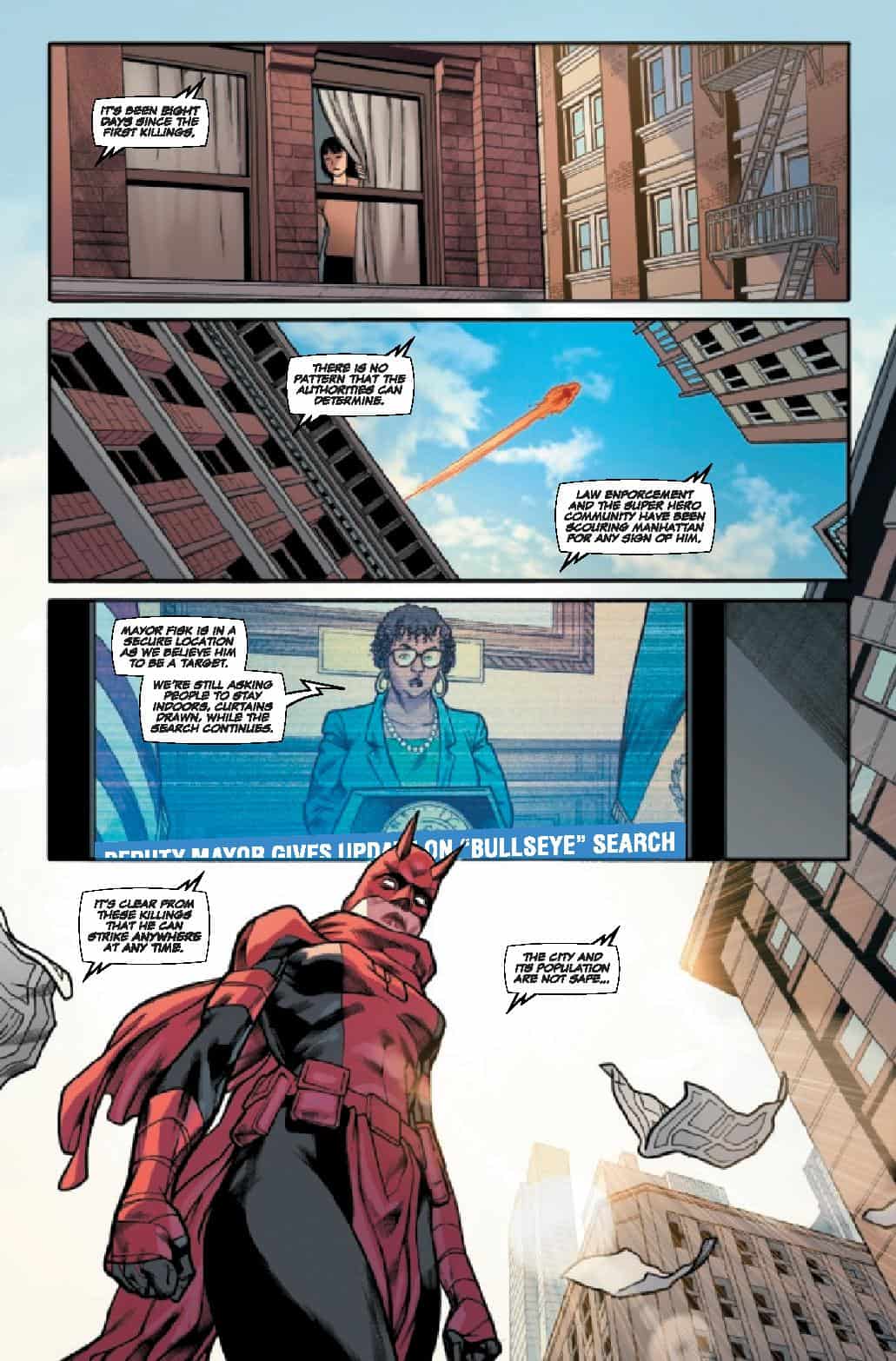 Artist Mike Hawthorne is back!! It’s no secret, I’m a big fan of Hawthorne’s, but that’s because he’s so darn good!! He’s got a great style that really lends itself to the “street-level” hero. It’s a style that’s relatable. Even if you’ve never been to Hell’s Kitchen, Hawthorne draws it in a way that’s both epic and intimate. Look close enough and you can see someplace that’s similar to a place that’s near your own neighborhood. He’s got all the right technical skills to make this book look three levels above any other comic on the stands right now.

Some very important things happen this issue, and with any other artist, they would almost be cringe-inducing, but with Hawthorne, it never crosses the line and, I would argue, is even MORE impactful.

A vital chapter in the overall story, and a damn fine read. Do yourself a favor and pick this up!