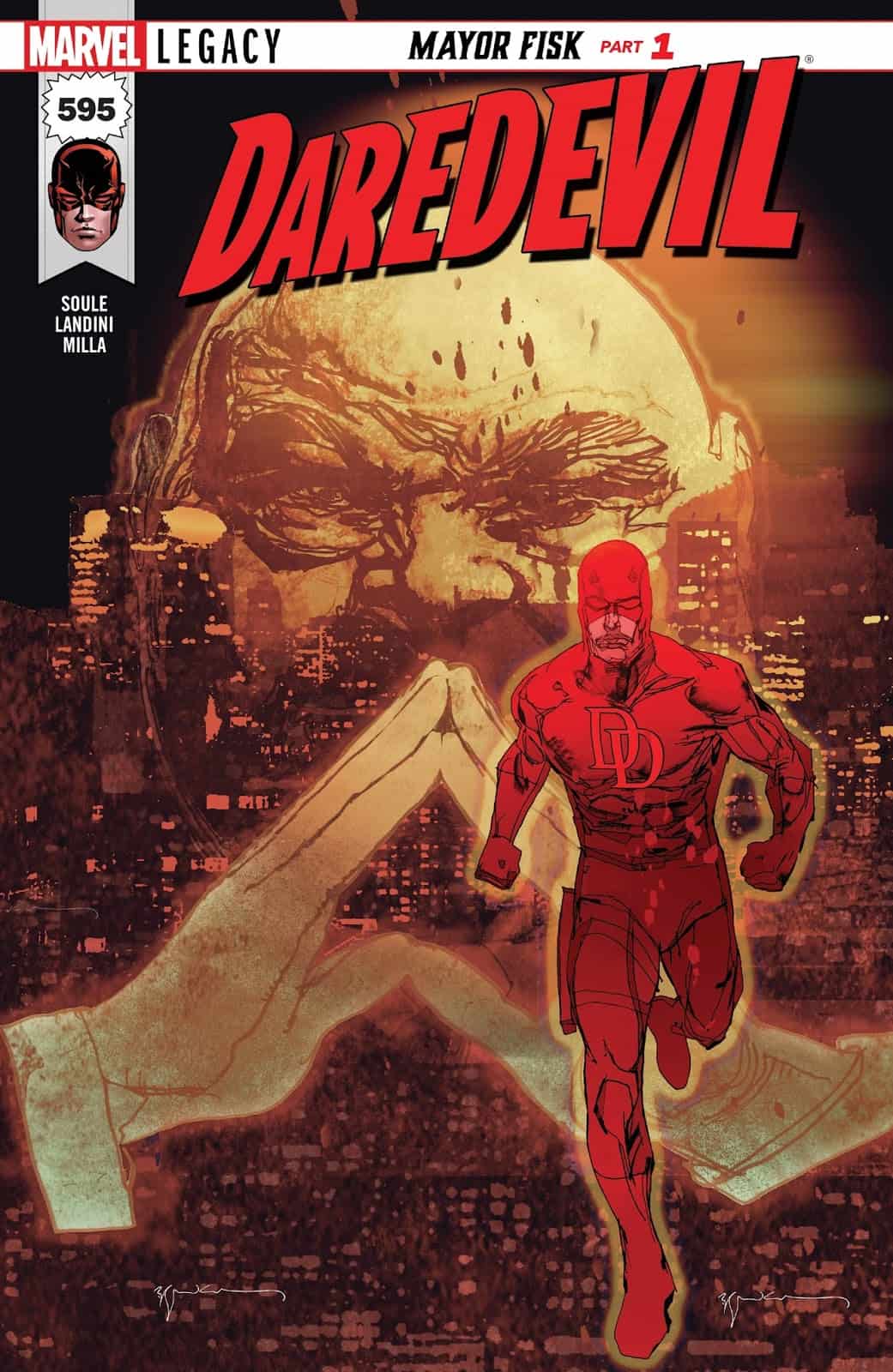 In his return to New York city Matt Murdock has arrived amidst the election of Wilson Fisk, the Fiendish Kingpin, as the mayor of the City.

Wilson Fisk is a man that was built in New York. He was birthed there, and raised to be tough, mean and the ruthless businessman that he was in both his public and criminal lives. In an election for the mayor of the city, Fisk appealed to most New Yorker’s sense of pride and spirit of the city to win a fair election. All this while not hiding his sorted past, but embracing the fact that he has “Made some Mistakes, along the way.”

Matt Murdock and Daredevil are now the worst enemy of the most powerful man in New York City.

Matt Murdock is an Assistant District Attorney for the city that the Kingpin has just become elected Mayor of. He has lost his argument with the Head DA to pursue the Kingpin on Voter Fraud charges and further investigate the election result. Matt has been assigned by the Mayor’s Office to pursue the Vigilantes of the city. Spiderman, Luke Cage but especially Daredevil. In a master stroke, Fish has removed the threat of Matt Murdock the Attorney and caused him to be caught up in his own legal web.

Wilson Fish has set up a Police Sting to catch Daredevil. Two officer’s posing as a Mugger and a victim trick Daredevil and he falls into their trap. He is captured as the Police have positioned Snipers to halt any chance of escape fro Daredevil. At least not without harming some of the NYPD. 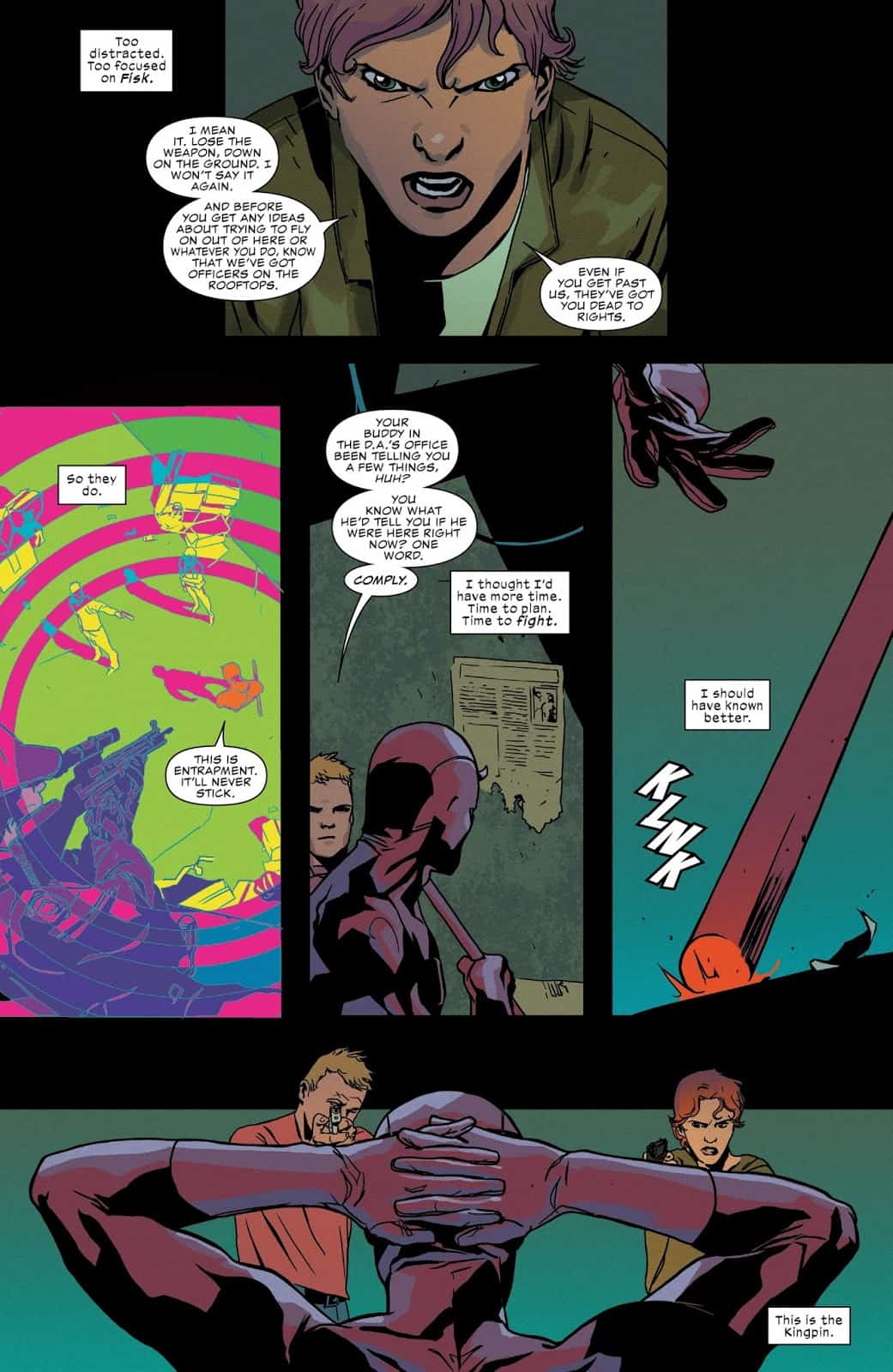 The Police Officers arrest Daredevil, and bring him into the Station. Wilson, is the type to twist his foes a bit before they are defeated, he relishes this. He has invited a guest to discuss the new regime and In a conversation. The newly elected Mayor Wilson Fisk just happens to be speaking to the one and only Maggia Boss Hammerhead. (Aptly named for the Adamantium plate located in his skull). This was a ploy to get Daredevil to hear every word. Kingpin knows the capability of Matt’s enhanced senses.

Daredevil confronts the Kingpin while handcuffed and escorted by a Police officer.Here we hear Fisk describe how “The People of New York never chose Daredevil to protect their city, They chose Me.”

In an frustrating rage Daredevil breaks out of his handcuffs, and bursts through the office window. Running away from his captors and the legal system that he cherishes.

Fisk tells the Officer “What are you waiting for Detective? Go get him.” 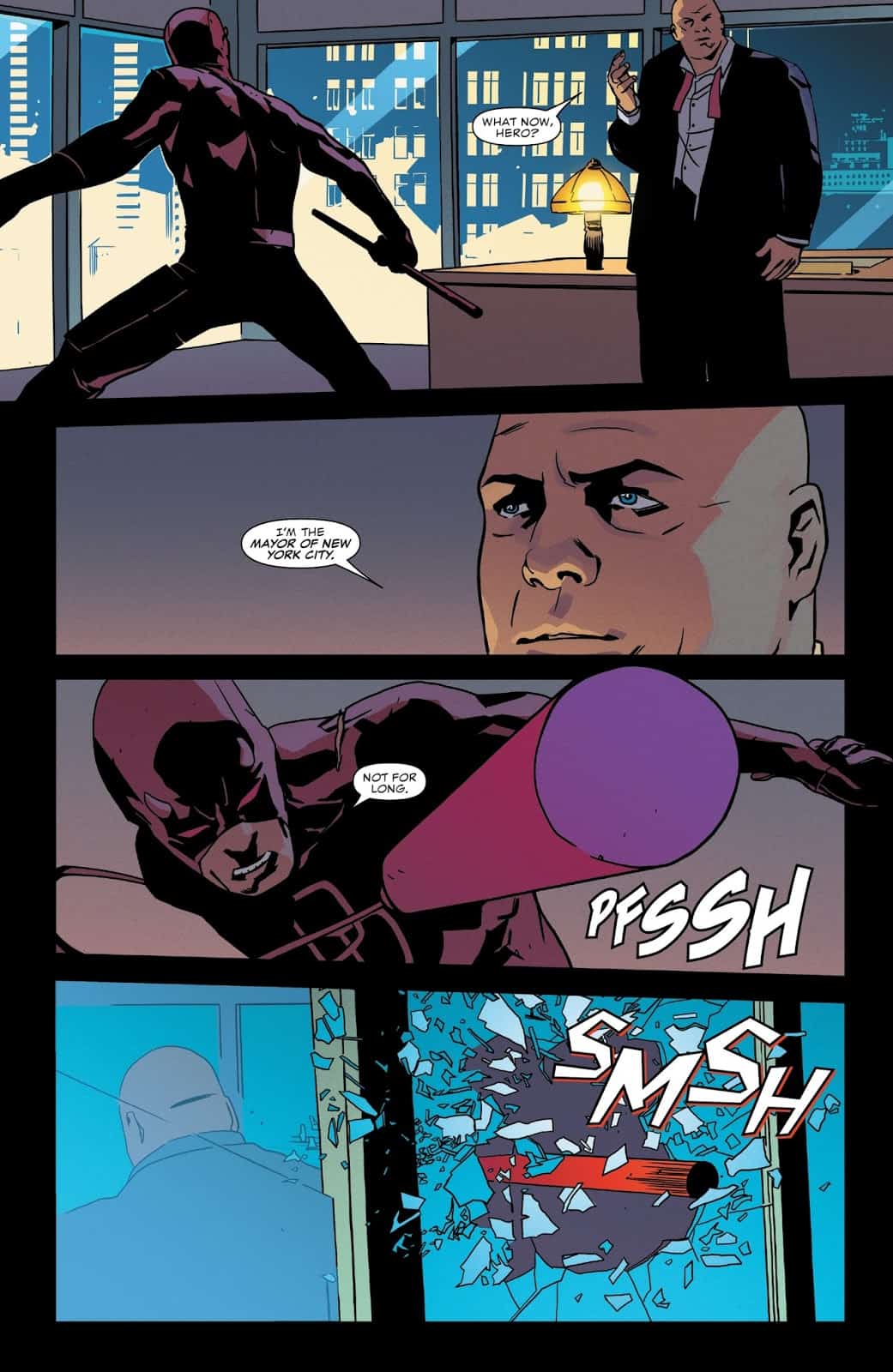 Final Thought: Marvel’s Legacy Books are off to a great start. We see the Kingpin has not lost his edge, and is still very much invested in making life hard for both Matt Murdock and Daredevil. Is it a smolder that will hopefully turn into a blaze of glorious proportions with an epic showdown between Good and Evil, as we see these two linked in their eternal struggle to save the soul of New York City. I am enthralled by this book, and am glad to see the multi-layered writing that Soule is shooting for. The art is stylized for a Political drama rather than accentuating the Superhero stuff, and that suits this arc just fine. I highly recommend this book, especially as a great jump on point for new readers or longtime readers who may have exited the book for a number of years.