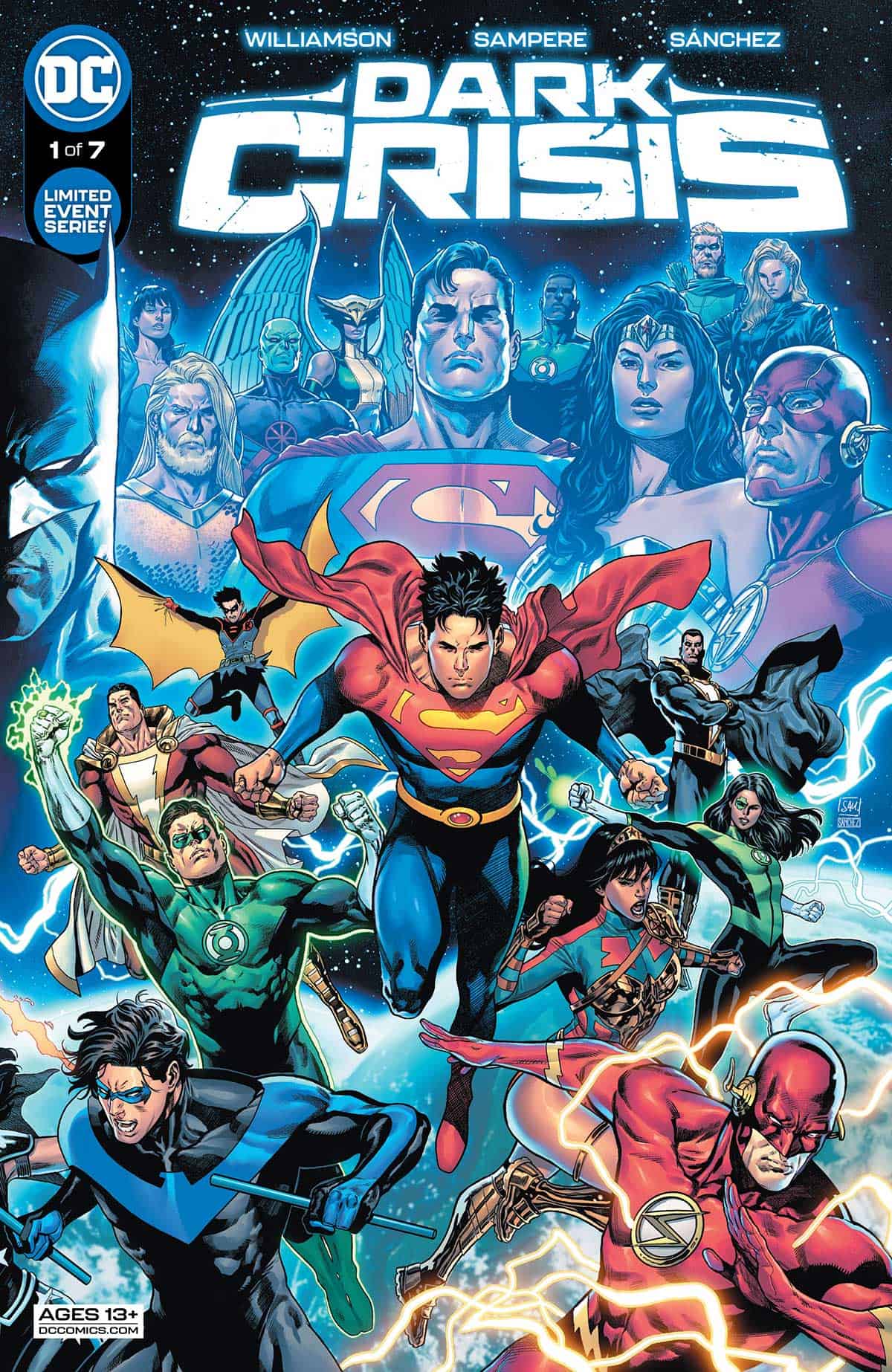 The epic event years in the making is finally here! Superman, Batman, Wonder Woman, and the rest of the Justice League are dead. The remaining heroes are left to protect the world from an onslaught of violent attacks by DC’s greatest villains! Can the legacy heroes step out of the shadows of the classic heroes to form a new Justice League? And will that be enough to stop a darkness greater than anything they’ve ever faced from destroying everything?

Don’t miss out on the first issue of the blockbuster event of the summer!

Joshua Williamson’s earth-shattering DC event begins this week in Dark Crisis #1.  The story began in earnest when the multiversal heroes of Justice League Incarnate discovered the corrupting influence of Pariah and the Great Darkness (disclaimer: not a band). The heart of the plot, though, was the death of the Justice League’s signature trio of Batman, Superman, and Wonder Woman along with team stalwarts Aquaman, Black Canary, Green Arrow, and Martian Manhunter, Green Lantern (John Stewart), and Zatanna.  That veritable who’s who of DC heroes bit the dust in Justice League #75 at the hands of Pariah and his host of enthralled supervillains, paving the way for the series to begin in earnest.

Dark Crisis begins with a eulogy for the heroes courtesy of Nightwing, suddenly the signature character of the DC line.  Immediately it becomes clear that remaining big hitters like Wally West and Jon Kent are quickly becoming overwhelmed by villains emboldened by the death of the League.  While West is encouraged by Hal Jordan, off-world at the time of the disaster, to verify the story of lone survivor Black Adam, Kent sets about forming a superteam of his own with mixed results.

When the young Superman attempts to bring Adam into the fold, the antihero reminds him that Nightwing and the Titans must be relied on as the Earth’s preeminent heroes now.  As the issue ends, though, a familiar foe promises to threaten that status.

Meanwhile, Pariah confers with an unseen character over the nature of his plans for the multiverse.  The once-noble scientist closely resembles the Anti-Monitor he once so despised.

This story has to move quickly to lay groundwork for the remainder of the storyline, specifically the new team of the Jon Kent iteration of Superman, the peril of the Titans, and the intentions of the big bad. The gravity of this plot requires blockbuster art, which Daniel Sampere aptly provides.  Dark Crisis #1 is not so full of big moments that he can flex his creative muscles often, but an awesome splash of the JSA, Justice League, Teen Titans, and Young Justice in the opening pages shows that DC’s latest calamity is in good hands visually.

Joshua Williamson has had several issues to set up Dark Crisis, and yet still finds himself with much to do in terms of plotting.  This leads to a comic full of nascent plot threads for the author to work with as the series progresses, but also limits its characterization somewhat.  Jon Kent is wide-eyed and optimistic despite the recent death of his father, and one villain’s uncharacteristic brutality should not go unexplained.  Nonetheless, as opening issues go, this one is a strong starting point for what DC promises to be the must-see comic event of the summer.