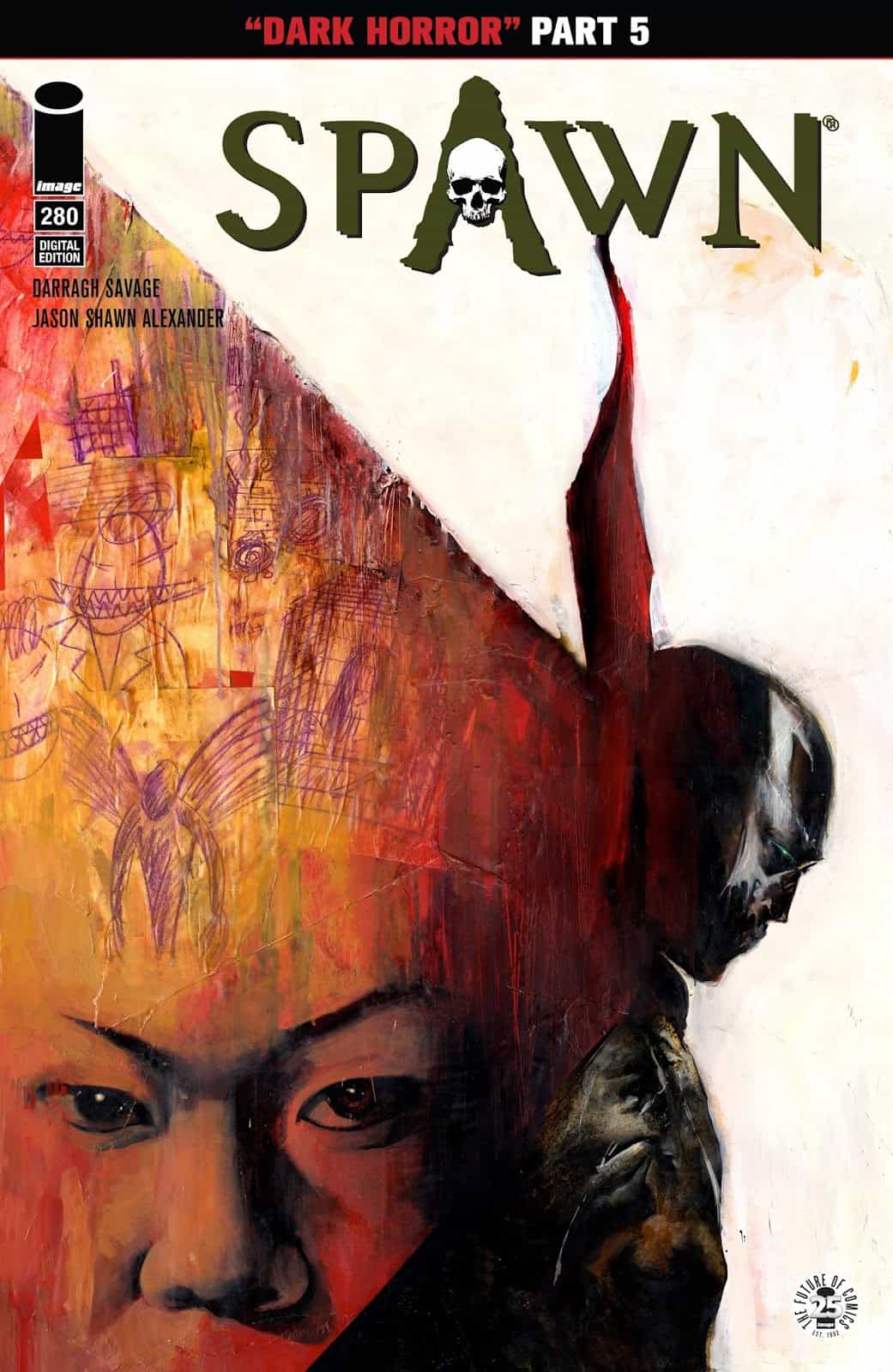 Al Simmons has had a long troubled life since becoming the Hellspawn. No matter what he does or who he kills the forces of both Hell and Heaven oppose him at every turn. His best efforts only making matters worse or not working at all. History repeats itself when Demons begin attacking Cyan, the daughter of his former wife in broad daylight, and Spawn spirits her away to Japan. Only for Demons to continue hounding the both of them. The latest attempt on Cyan’s life leading to the gruesome deaths of the totally innocent family she was staying with. Spawn continues to embody “the road to hell is paved with good intentions”…

This chapter opens with a narration from Cyan as she follows a ghost through a ruined section of Japan. She then has a flashback detailing what happened to her host family in detail. As the demons threaten Cyan, her friend Yoko, and her mother, Yoko’s father returns from upstairs and attacks them. His attack meaning nothing to the Demon as he’s decapitated in seconds. The Demon ringleader, Shizumu, forces her to watch as the demons massacre the family. The trauma of the event triggering her power, which she dubbed Black Mirror, that turns her own negative emotions into a type of psychic weapon. 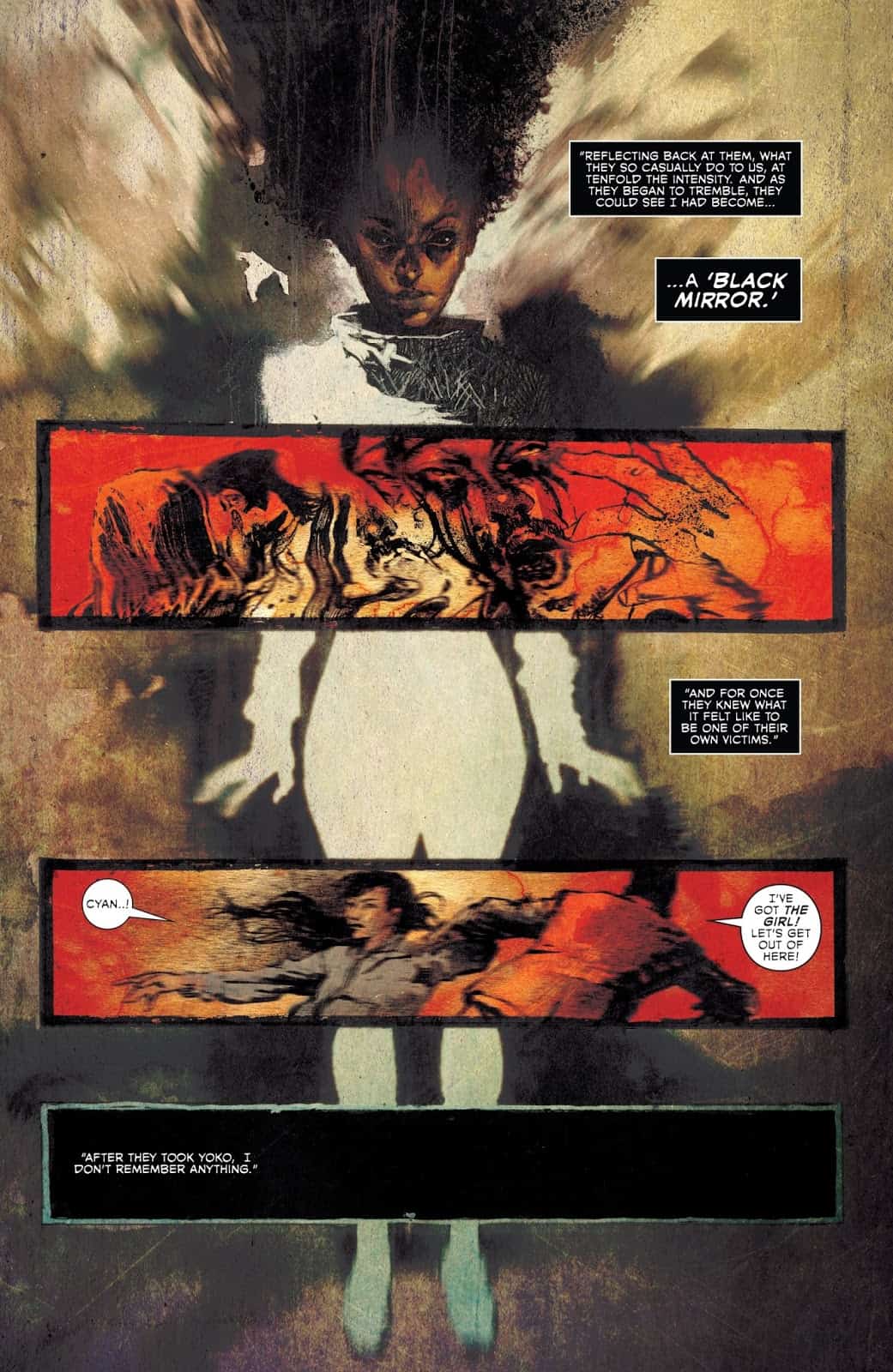 Cyan blacks out after using Black Mirror and awakens in a hospital with Al watching over her. But the guilt over what happened to Yoko and her family is overwhelming for the young girl. Spawn knows this and admits it was a mistake taking her to Japan to try and protect her. He waits until Cyan is healthy enough to take a plane back to America and sends her off so he can do what he does best. But Cyan has been through far too much to just sit on the sidelines and sneaks off the plane. She planned to do her own investigation, starting with a ghost that she had seen a number of times since her arrival. The ghost is unable to verbally respond to Cyan’s questions about Yoko but is willing to walk her where she needs to go.

That night, Spawn carves his way through Japan’s underground in search of the man responsible for capturing Yoko. While this is going on, Cyan finally makes progress with her ghostly guide. The Ghost begins to use drawings to explain her story to Cyan. That she was still living at home when she was kidnapped by Demons. Taken to a type of pet stores where the pets were people instead of animals. That she too had encountered Shizumu, or rather Shizuma as she discovers. Not that it matters, in the next scene he is quickly decapitated by Spawn. 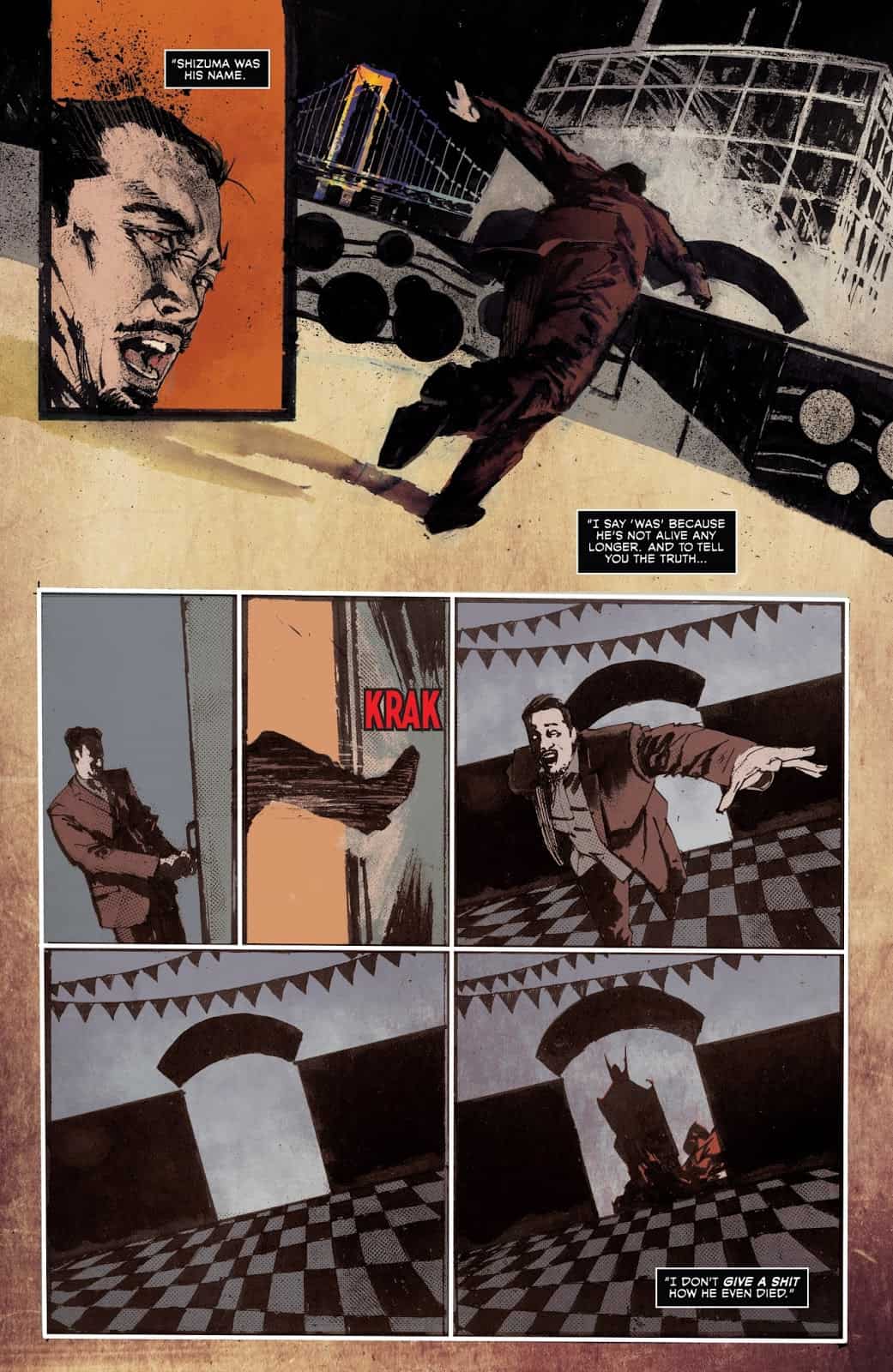 But Shizuma’s death doesn’t go unnoticed. His partners begin to wonder why he isn’t responding before going to investigate. Upon discovering the civilians that were in the area is actually Cyan, they plan to capture her alive. Having been investigating all day, Cyan is unable to decipher the ghosts final picture before passing out. Now defenseless, one of the gangsters literally snorts the ghost out of the air citing they have to find a way to deal with the ghost byproducts. Cyan awakens to see this only to be shot in the neck with some fashion of knockout dart. The final picture reveals itself to be the factory with a picture of three people at the top and arrows at the bottom pointing to a syringe. Heavily implying the factory was using the captured people to make drugs and the ghost was actually one of their victims… 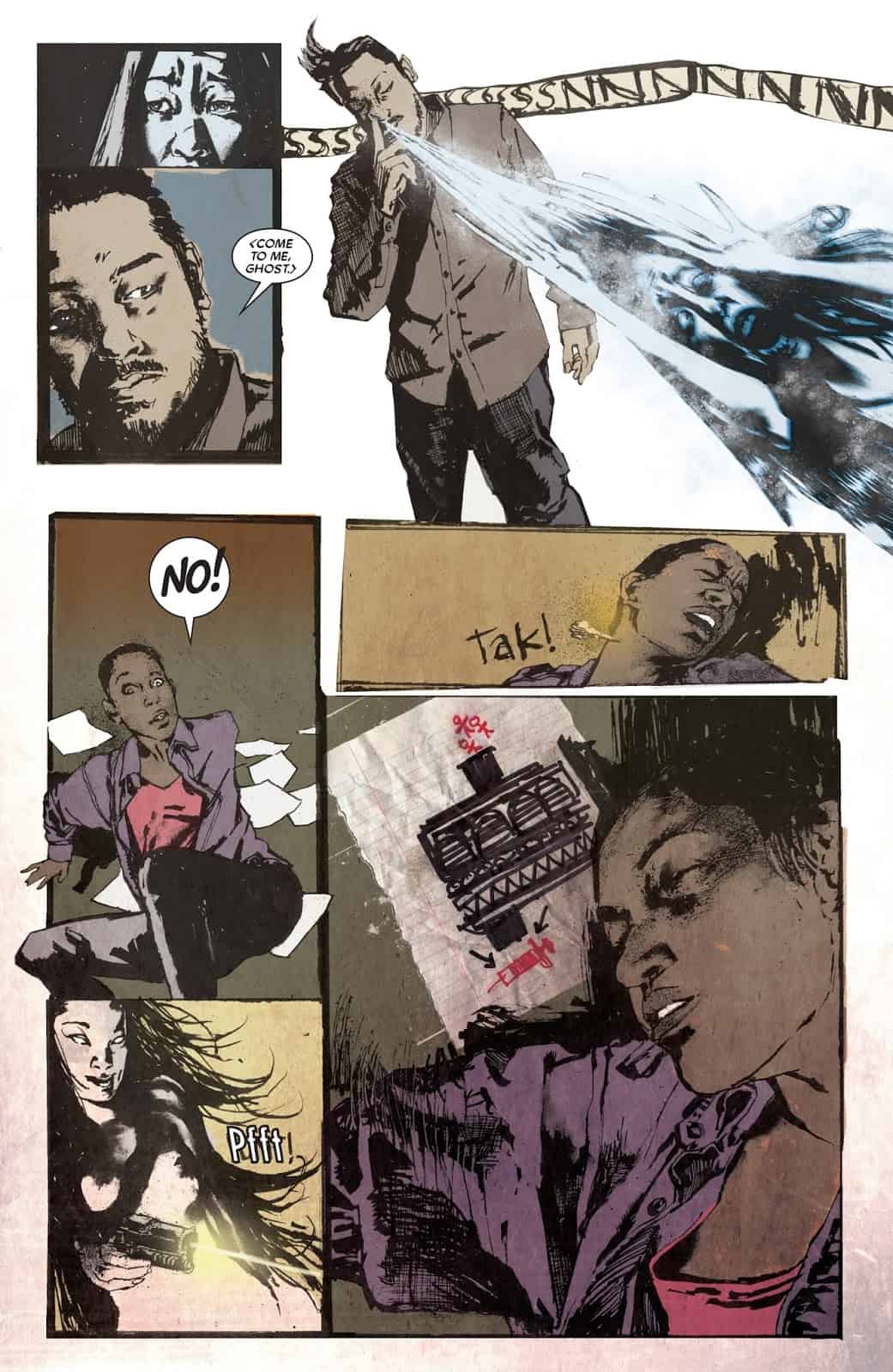 Spawns usual flare for murder has indirectly led to Cyan being once more put in danger. Though for once it wasn’t entirely his fault. If she stayed on the plane things might not have been as bad. Cyan has grown since the beginning of this arc and is starting to slowly get a grip on her mysterious new powers. A reminder to the older issues (which may or may not have been retconned with the whole Man of Miracles thing) where she was shown to be a fully capable of magic in the future. Granted, those are a far cry from what she could do now but it’s nice seeing the plot point wasn’t entirely forgotten. With both Cyan and Yoko captured one can’t help but wonder if it’s already too late for Yoko or if Spawn’s attempt at saving the girls will somehow make the situation even worse.

Final Thought: At first I was skeptical about the sudden shift in storylines. Since Al came back they made it seem like he was going back to the superheroism he was part of in the early days of Image. But then they went right back into the dark supernatural end he is better known for. The art continues to look disturbingly stylistic in making Spawn look like the horrific specter they always play him up to be. Which makes this arc seem especially sinister. Spawn is considerably more ruthless than before now that his costume is back at full strength. I feel bad for whatever poor soul gets in his path next.