Dark Knights of Steel #7: Of Demons and Dragons 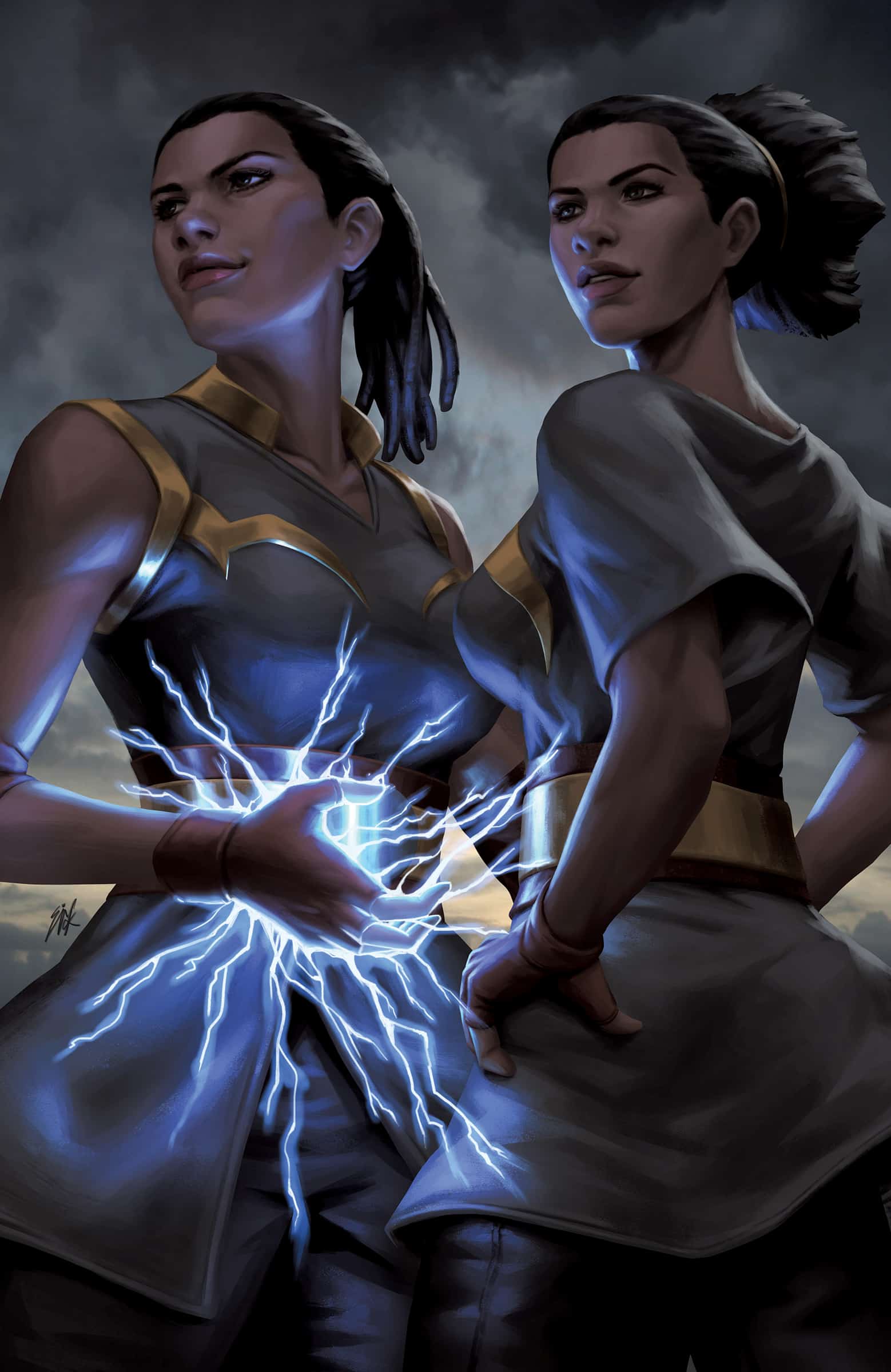 Prince Bruce has found himself among the people he's persecuted for years. Can he overcome his prejudices, or will he prove to be as big a monster as any he's ever fought?

This issue is twenty three pages long, but it feels like five. The action is intense, the battles fierce, and the psychology of each character is totally on point. Comics, like opera, are a medium in which very real psychological struggles can be analyzed and enacted far more accurately than via the mundane arts of more ‘realistic’ literary fiction. Tom Taylor knows this, and he uses that knowledge masterfully.

On one level, this story is composed of dragons, zombies, aliens, demons, and quasi-medieval superpowered people. Dig down a little, sift through the layers a bit, and you’ll discover a story that’s about the difficulties of unpicking negative familial patterns and the prejudices parents impart on their children.

This issue revolves around Bruce Wayne’s St Paul on the road to Damascus moment. The Dark Knight is brought face to face with the humanity of the people he’s been persecuting and his moment of choice is forced to its climax. That this moment involves a literal horde of the undead makes it all the better.

I honestly love the depiction of Jon and Martha Kent as earthy all-parents, willing to take in (and love) every needy child who comes to their door. The fact that Martha can kick some serious ass is just the icing on the cake. The Titans, too, are wonderfully rendered. They’re similar enough to the canon version to be familiar to everyday readers while being altered enough, by this strange new context, to be interesting and full of surprises.

Nathan Gooden’s art is detailed and dynamic. He lends equal weight to quiet conversations and dramatic, dragon-based battles. Arif Prianto’s astonishing colors make each panel pop and lend appropriate flavor to each scene. Wes Abbott’s lettering is deft (especially his sound effects) adding to the illuminated manuscript-feel of the story.

With a creative team of this caliber, I don’t think that this story could be disappointing if it tried.

This book is filled with demons, dragons, zombies, gods, and written with a deft understanding of human psychology. With a creative team of this caliber, I don't think that this story could be disappointing if it tried.

Dark Knights of Steel #7: Of Demons and Dragons