In her search for the darkness that consumed and destroyed her home, Valla finds not just vengeance, but also a direct route to those who poisoned her.

Valla was once a simple fisherwoman, the best in the village, but one fateful night she never returned from the ocean. Her captor was a vampiric monster, with three slovenly creatures for wives, who took her back to his castle to be his eternal slave. Though he had turned her into one of them, it didn’t take long for Valla to realize their long lives had led to astounding naivety. So, she killed them all.

With no ties to the world and incomprehensible powers, yet limited by the sun’s rays, Valla went into the depths of the ocean and discovered that she was no longer bound by human emotion. It provided her with a rich life for over a hundred years, even a best friend and occasional glimpses into the world above. One day, however, a darkness befell her paradise. With a loud explosion, the darkness bled through the ocean and consumed everything in its path. Only her vampiric powers saved her. Fearful of the darkness returning, Valla was forced to cut her ties and return to the surface.

Her first victim on the vastly different surface exposed her to not just the indecencies of this society, but also the potentials. Using the guise of a cam girl, she enlisted the help of a minion named Toby to create a profile and go online. With countless individuals now within the grasp of her powers of influence, she forces those who view her to not just give compliments, but all their money. Up to even twenty million in one tip. Although her actions had its consequences, she solved them by motivating those who viewed her to dispose of themselves when she was finished taking from them.

Swept up in worldly desires, she purchased Dracula’s Castle with a single payment, but soon knew she was simply distracted and wasting time. Just as she regained her focus, Valla discovers a blackness on her fang…

Valla has traveled back to the castle where she was taken after being turned into a vampire. In search for answers about the sourness inside her that has caused her fang to turn black, she locates the skulls of the three brides she had slain so many years before. With a drop of her blood, the magic sends the skulls screaming to life, still awaiting their master’s return. She demands answers from them, such as how a vampire can truly die. When they fail to provide any information she deems useful, Valla incinerates the vilest of them, causing one to try and help. The skull questions if humans have changed, and not for the better, offering a potential new lead regarding Valla’s blackening fang. Satisfied with her answers, she sets them all ablaze and departs.

Walking along the shoreline contemplating the implications of her vampirism, she encounters an elderly fisherman, long disposed due to the oil spill from the platform used for drilling out in the ocean. Valla immediately understands and feeling the darkness near her, leaps into the ocean.

Shapeshifting into the shark she had once befriended, she furiously races towards the platform. Within moments she sends it up in flames, but not before noticing the organization operating it. As Valla herself once again, she rises from the water while the oil rig behind her explodes sending flames and smoke high into the air. She then promises to find all of the men who are responsible for this darkness, and bleed them as they have done the Earth. 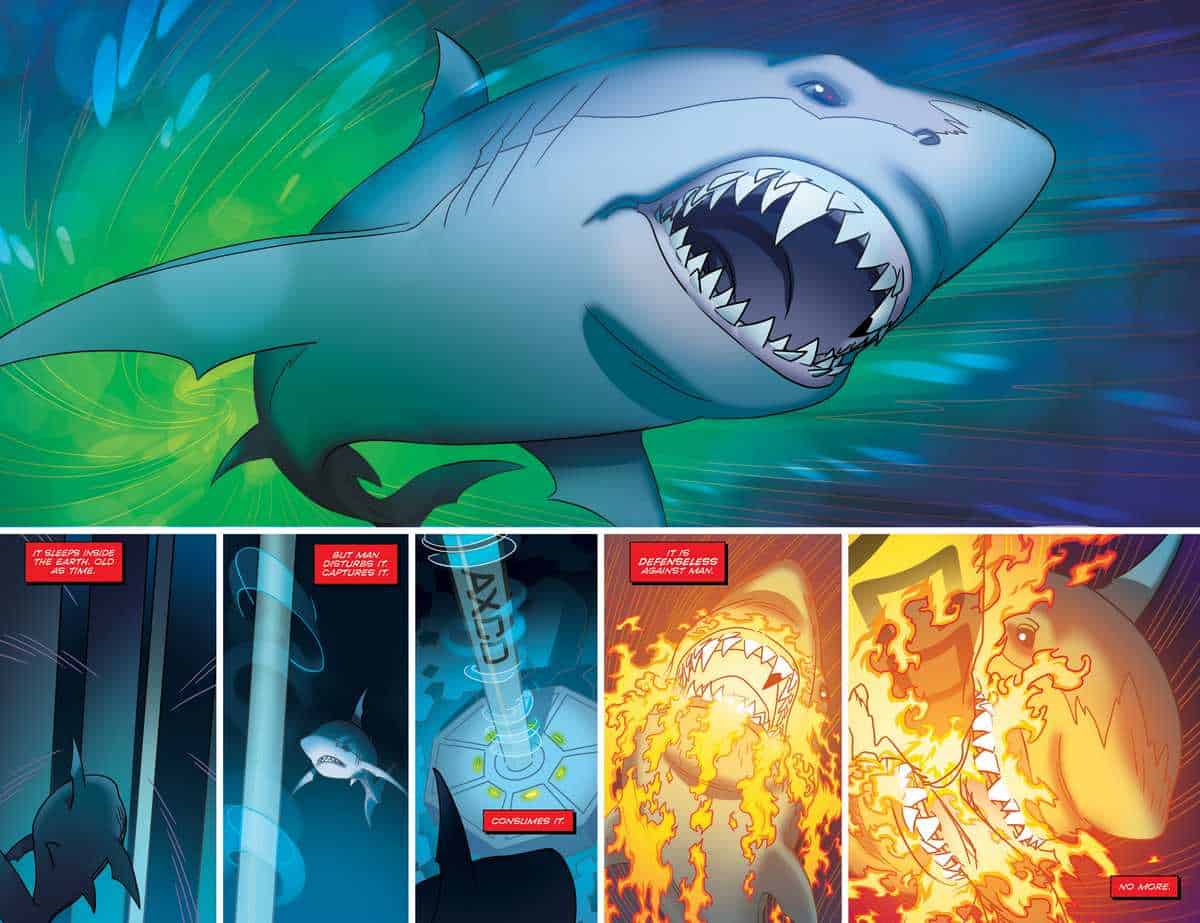 Flying through the air with outstretched wings, Valla asks her minion to identify the leader of the “Axco Oil” and tell her where to find him. Within moments she had his name and address.

He was corrupted and vile man enjoying the luxuries that destroying the Earth had brought him, including women and even a pool filled with jello, when Valla arrived. First, she used her powers to force the woman he was with away and to learn “humility, self-reliance, and compassion towards others”. Then she quickly turned her focus to him.

Valla immediately forces the CEO of Axco Oil to list all of the people he has done business with and those who help him in the United States Government, giving her mission of vengeance a long list of high profile targets. With his existence no longer necessary, Valla grows tired of his mouth and submerges him into his own jello filled pool as he screams to death, promising a much worse fate for those on her new list…

After discovering an intriguing potential lead on why her fang is turning black, Valla is soon distracted by the discovery of a platform out in the ocean. Knowing this to be a cause of the darkness that destroyed her life before, she quickly sets off to destroy it. This turns out to be just one clue of many that Valla discovers, however, as her search soon takes her to the CEO of the organization itself. This escalates even further when Valla truly discovers just how far up the problem goes.

The creative team expands on Valla’s story in the latest issue of Dark Fang in a brilliant way, creating a narrative that explores modern society’s indecencies and the impacts of indulgence. After last issue’s cliffhanger revealing the darkness on Valla’s fang, the story quickly expands on the correlation between her victims in today’s world and the sourness inside her. Using the catastrophic oil spill as both a metaphor for readers and a catalyst to spark Valla into action, writer Miles Gunter tells a cohesive story that is incredibly enjoyable with moments of brilliance. 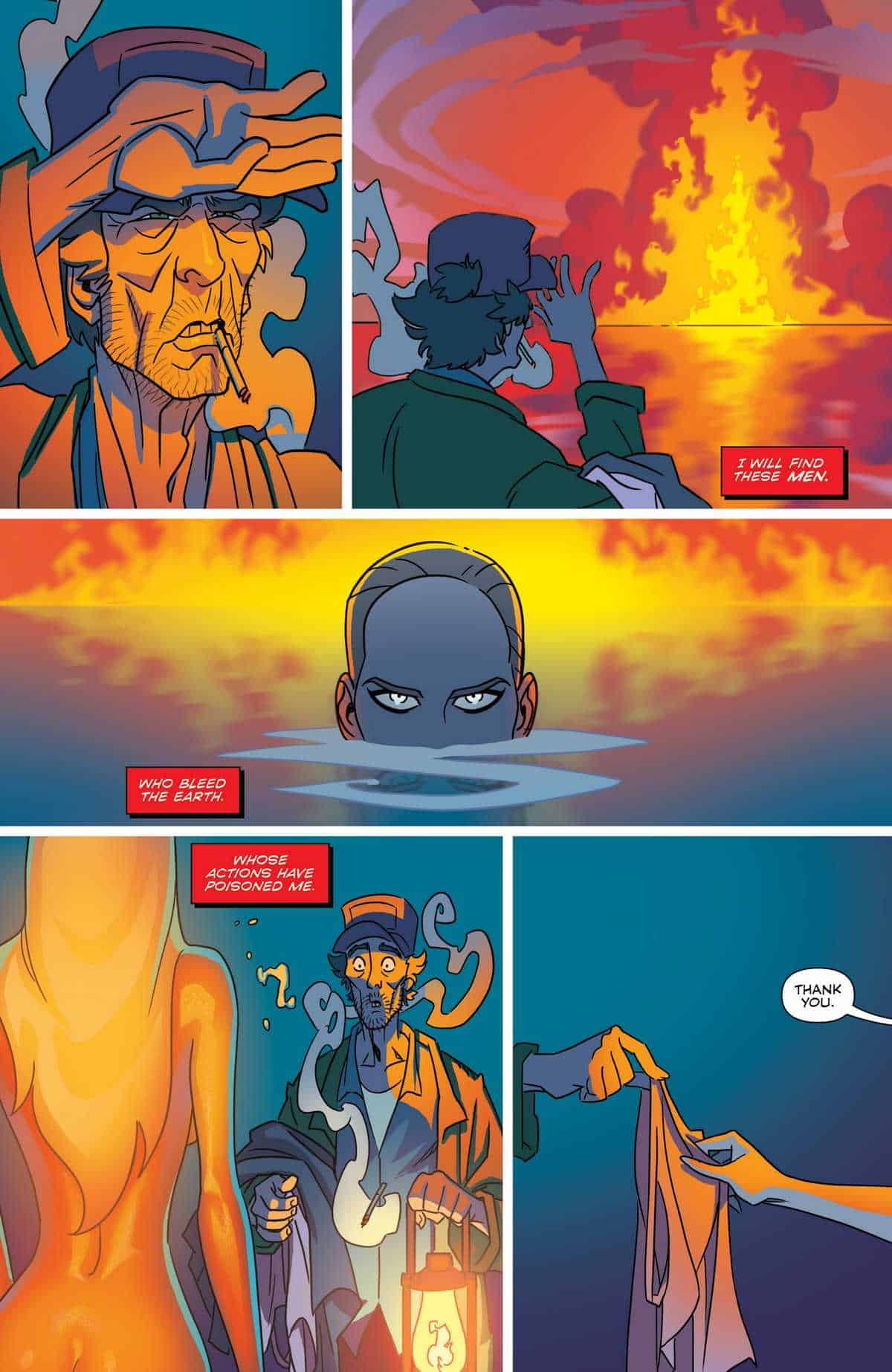 These moments are made beautiful by artist Kelsey Shannon with phenomenal panels and a particularly rare color palette that perfectly establishes the aesthetic of the series. The creative team obviously has a unique perspective on vampirism that when woven with the complexities of societal issues, creates an instant classic in the genre.

By successfully integrating violence, adventure, eroticism, and societal issues, the latest issue in the Dark Fang series continues to intrigue and impress, so don’t miss out!

Final Thoughts: Dark Fang #2 continues a fascinating vampiric story woven together with modern societal issues that push the genre itself into both unknown and exciting directions. The result is an issue that not only delivers a magnificent reading experience but promises to leave you thirsty for more! 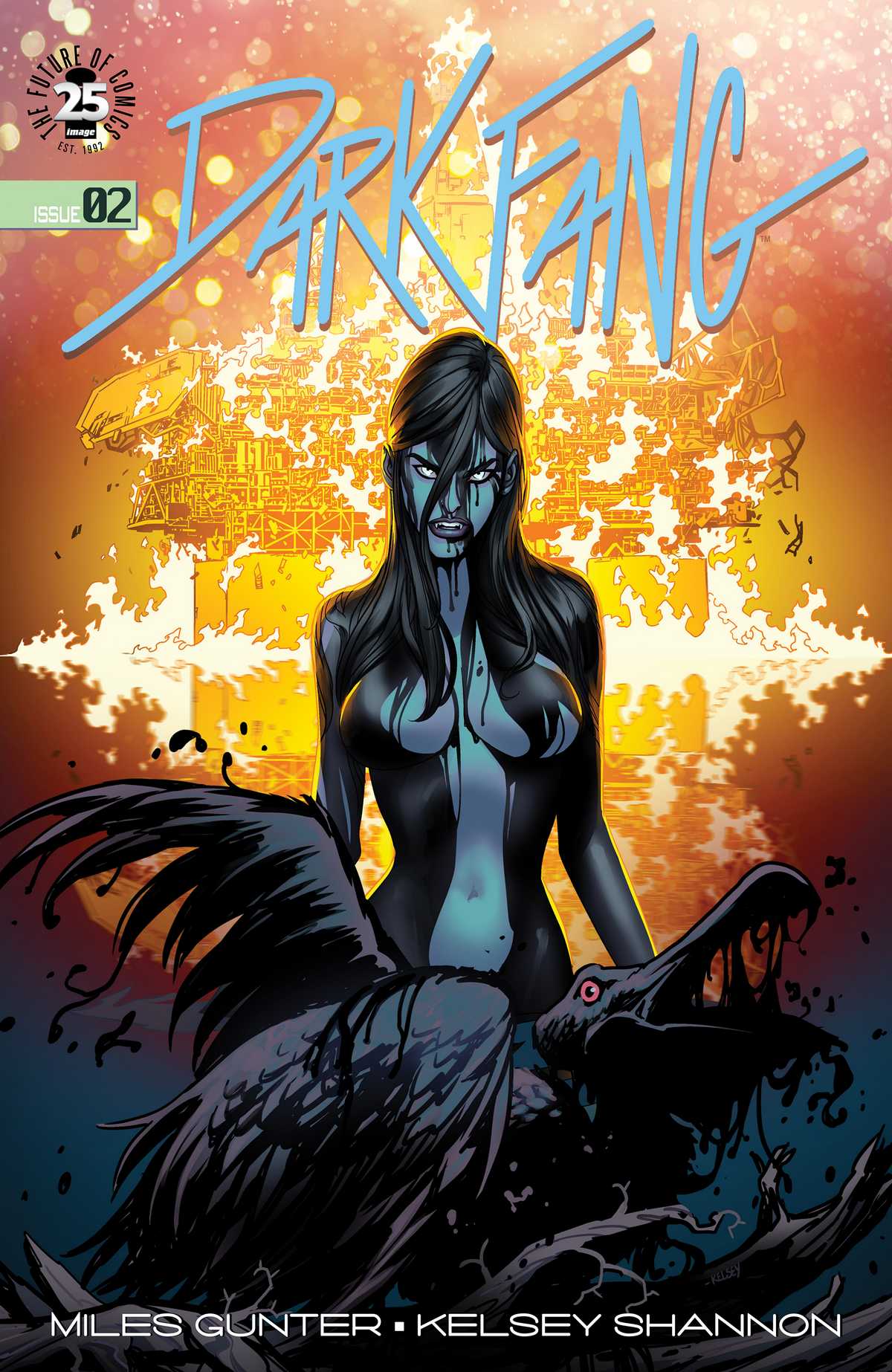