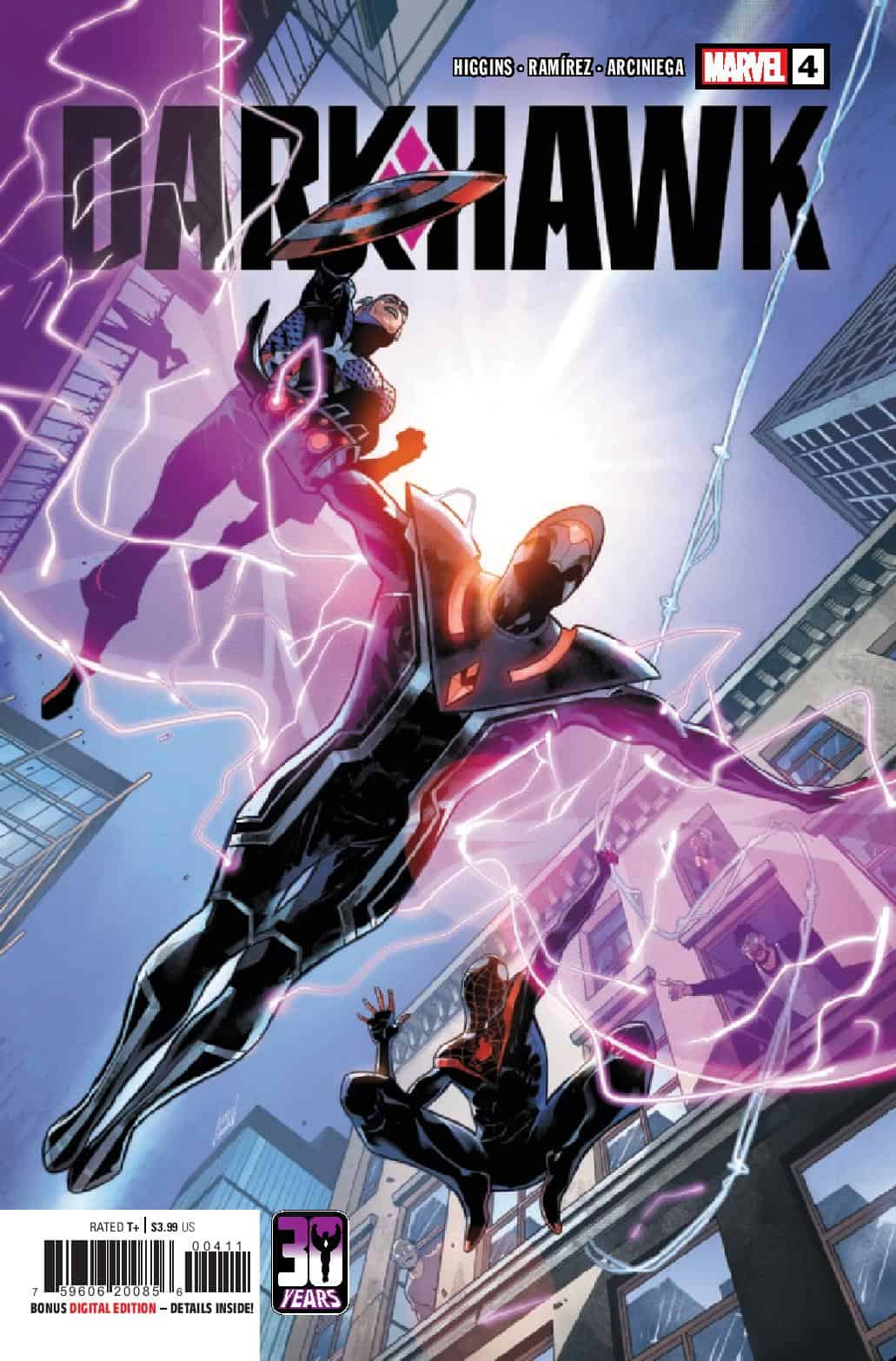 17-year-old Connor Young is the new Darkhawk. We think. We're pretty sure. Like 85%. Anyway, he's between a serious rock and a hard place. He's just been diagnosed with MS and on the Darkhawk side of things, he's just lost his best friend to the expanding forces of AIM. It's not been a good week for Conner.

Boy, this series really doesn’t have any business being this good. When does the “exciting next generation of superhero” thing ever work? Not as often as people would think. But, at least for now, it’s working here. I think the character that author Kyle Higgins created for this book would actually be interesting if he wasn’t Darkhawk. I wouldn’t have any problem reading a book about his life, with or without powers, and I think that that’s the key, create an interesting character first, then give him some superpowers later. After all, look at any of the Marvel heroes and many of them could carry a monthly book of their “civilian” identities. This is a really nice trial-by-fire issue for Darkhawk as he teams up with Spider-Man and Captain America to take on some AIM bad guys. We get a very tiny amount of info on the Darkhawk suit and how it works and even IF it’s the Darkhawk suit. But better than that, we get a really nice look at the character of Conner Young as he sits down with Spider-Man over a cup of coffee. Higgins reveals some pretty interesting things about Conner, and with him being a little more familiar to us, we’re instantly invested that much deeper in the character. 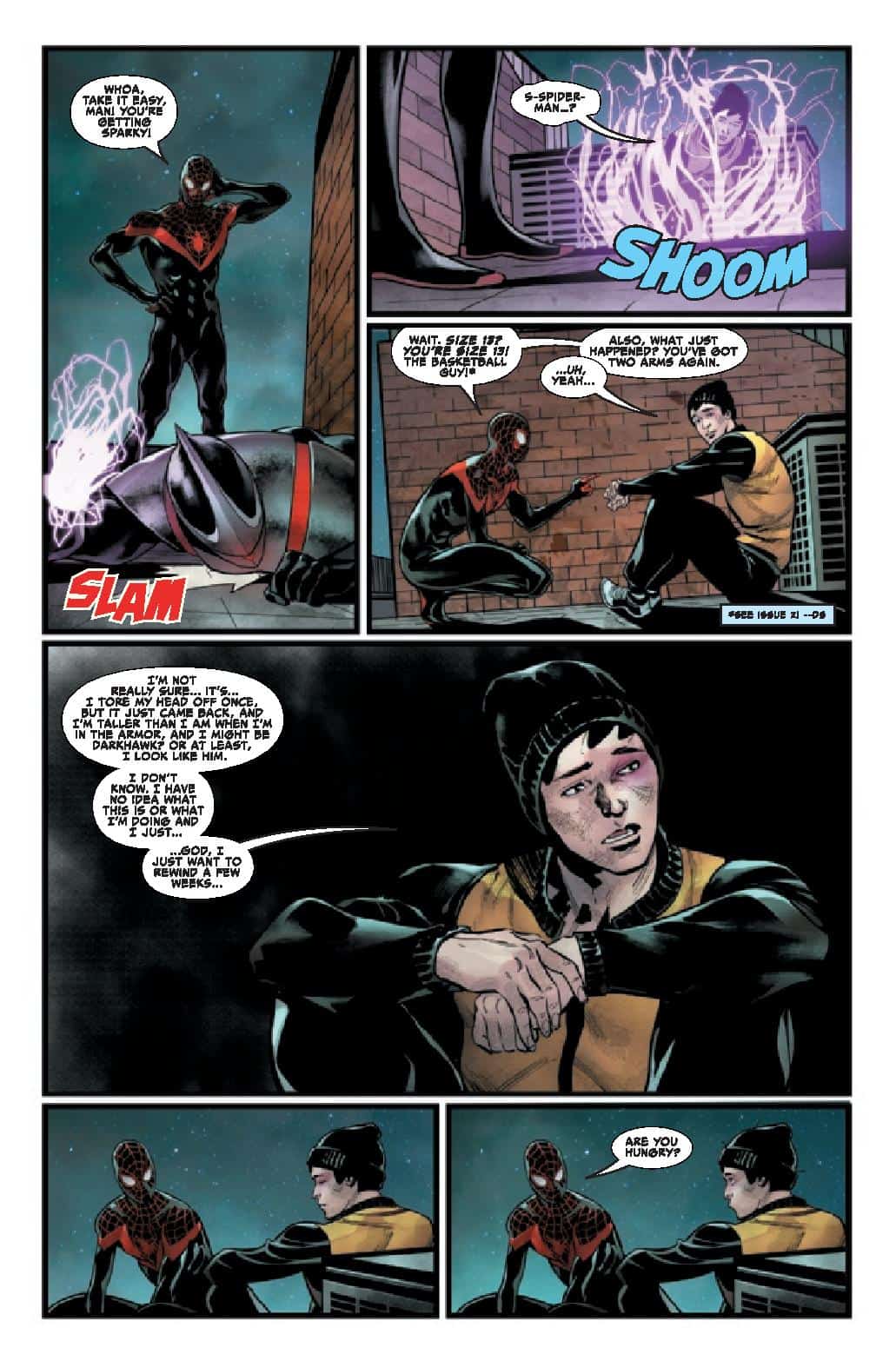 Artist Juanan Ramirez continues to impress, just as he’s done with every issue of this series. In this issue, he really gets to go to town on some straight-up superhero action pages and the result is very rewarding. He hits all the notes on the character stuff, that’s for sure, but it’s really nice to see him crank things up and showcase his talents on stuff that we’ve all been waiting to see. He gets to draw a good number of splash pages, and none of them disappoint in the slightest. I could make a very good argument on getting this book based solely on the art and nobody would fight me on it at all.

A solid A-. A compelling story, beautiful art, combine into the perfect Reese's cup of a comic book. Recommended to anyone who's ever been a fan of entertaining entertainment.