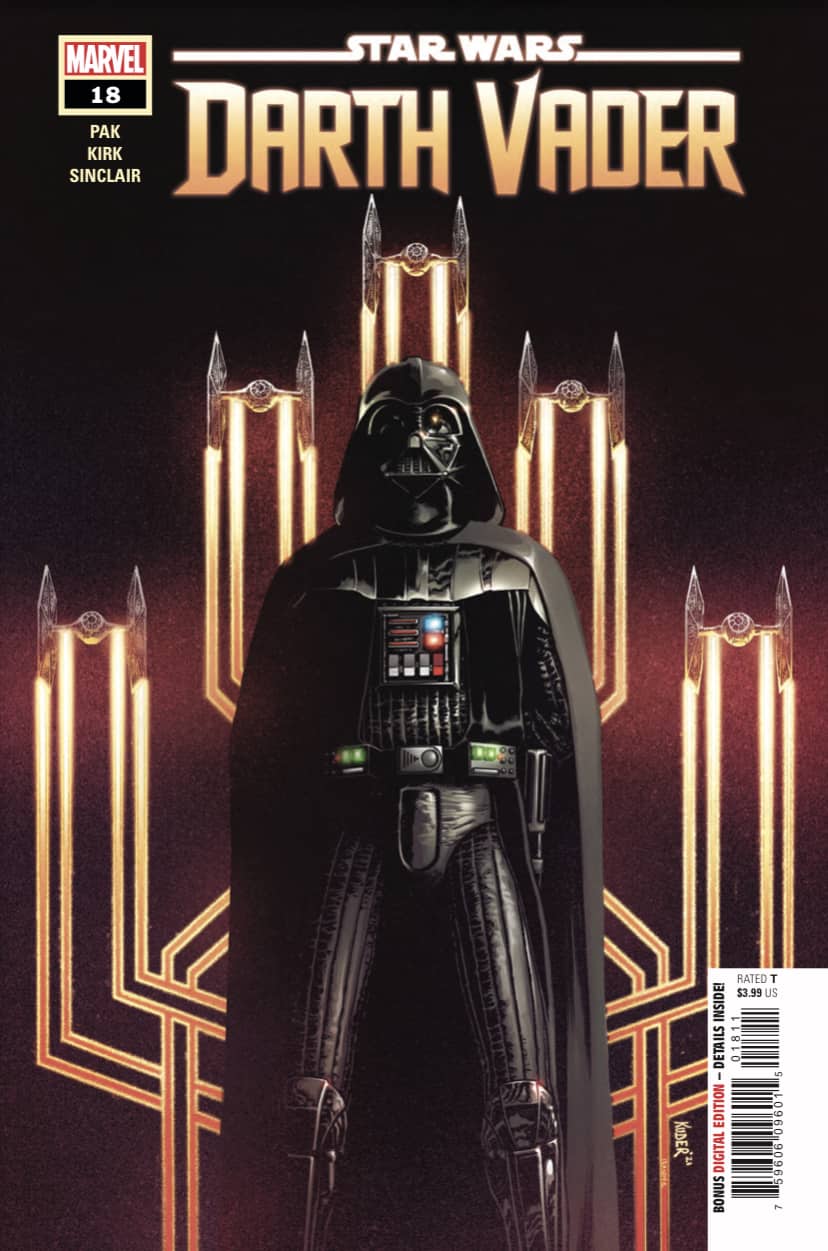 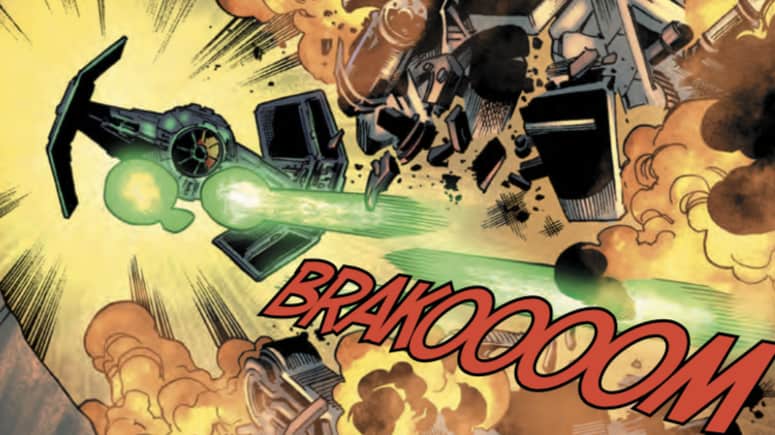 It has been quite a ride for the Dark Lord of the Sith as of late. He has bested countless assassins, infiltrated a massive crime syndicate auction, and even fought a brutal dogfight with his son. Vader needs a break. But there is no rest for the wicked as he immediately sets his sights on getting revenge on Crimson Dawn after they humiliated the Empire.

The “War of the Bounty Hunters” event took a large toll on this series. The entire thing was going very well, until the series was forced to detour into the greater multi-series event. It was not that the issues were stale or uneventful, far from it, but it just seemed like it was not the same series. Now that the event is done, all the various “Star Wars” comic series can return to normal. “Darth Vader” is no exception. At the same time the issue managed to feel fresh and added a few new elements while still getting back to the feel of the previous issues before Crimson Dawn’s arrival. The thing that marks this the most is the return of the red tinted memories of Vader as he meditates in his chamber that begin this chapter. Shortly after that the issue changes tone and focus toward a completely new cast of characters in an unexpected direction. 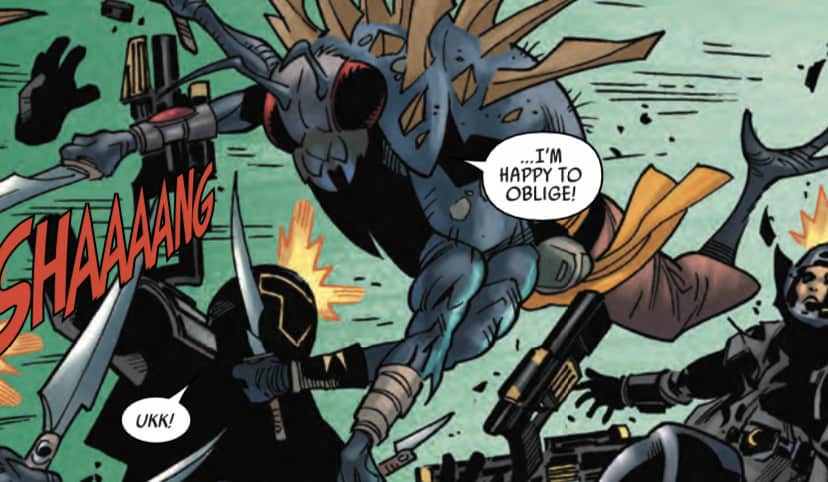 Despite leaving the events of the previous story arc behind, it would seem the Sith Lord is in no way done with Crimson Dawn. He has made them his primary target. Although most of the issue is about people fighting back against Crimson Dawn, when the Dark Lord does finally arrive it is certainly impressive. What is shown beforehand is some backwater world under the thumb of not only the Empire, but Crimson Dawn in league with them. Such oppression hones heroes, and shortly enough, the pages get splashed with action and rebellion from freedom fighters as well as hired guns. When Vader does show up, he come with a chaotic entrance that cripples members of Crimson Dawn and the Imperials as well. What happens afterwards is that the freedom fighters now consider Vader a hero, almost certainly at the Dark Lord’s design. It is anyone’s guess as to where he goes next with this power. 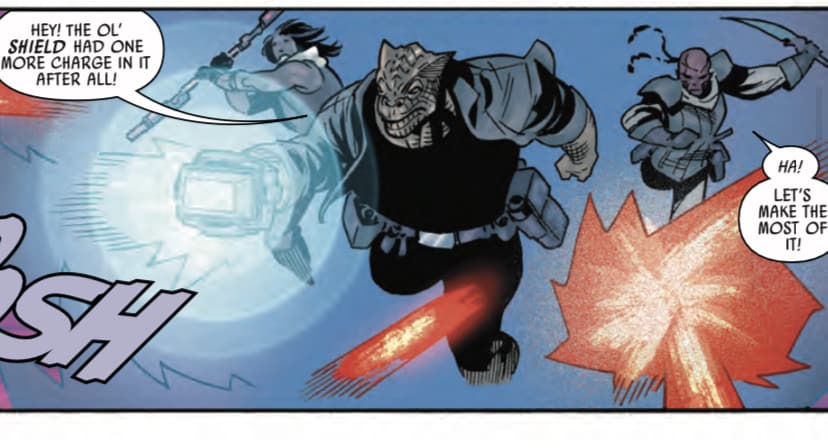 It is nice to see a new story arc open up for Darth Vader. He can’t always be hunting down Luke, or being tested by the Emperor. He needed a cause of his own. This issue offers that. With a slew of new bloodthirsty allies as well as his most recent underling, Ochi, Vader is free to peruse his own vengeance with a powerful squad independent of the Empire. All these elements are just separate globs of paint that will undoubably color stories throughout this entire arc. However that might only last so long. The next big series, although much smaller that “War of the Bounty Hunters” event,  is Crimson Reign. That series will be all about Qi’ra and Crimson Dawn. It might just be the very thing to draw Vader in. It would even give him another crack at Luke Skywalker while he is at it. How could he resist? 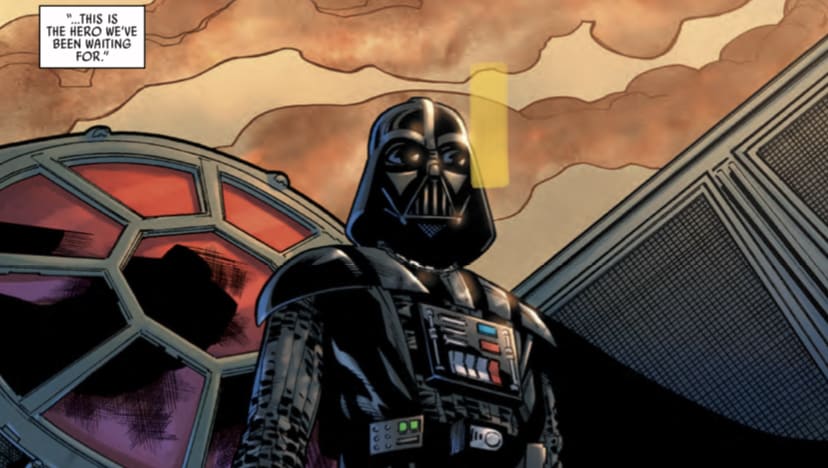 After a great return to normal, the “Darth Vader” series proceeds into a whole new story. This issue ends with a taste of stranger things to come as a character from much earlier in this series shows up unexpectedly. Certainly her path will cross Vader’s sooner than later.