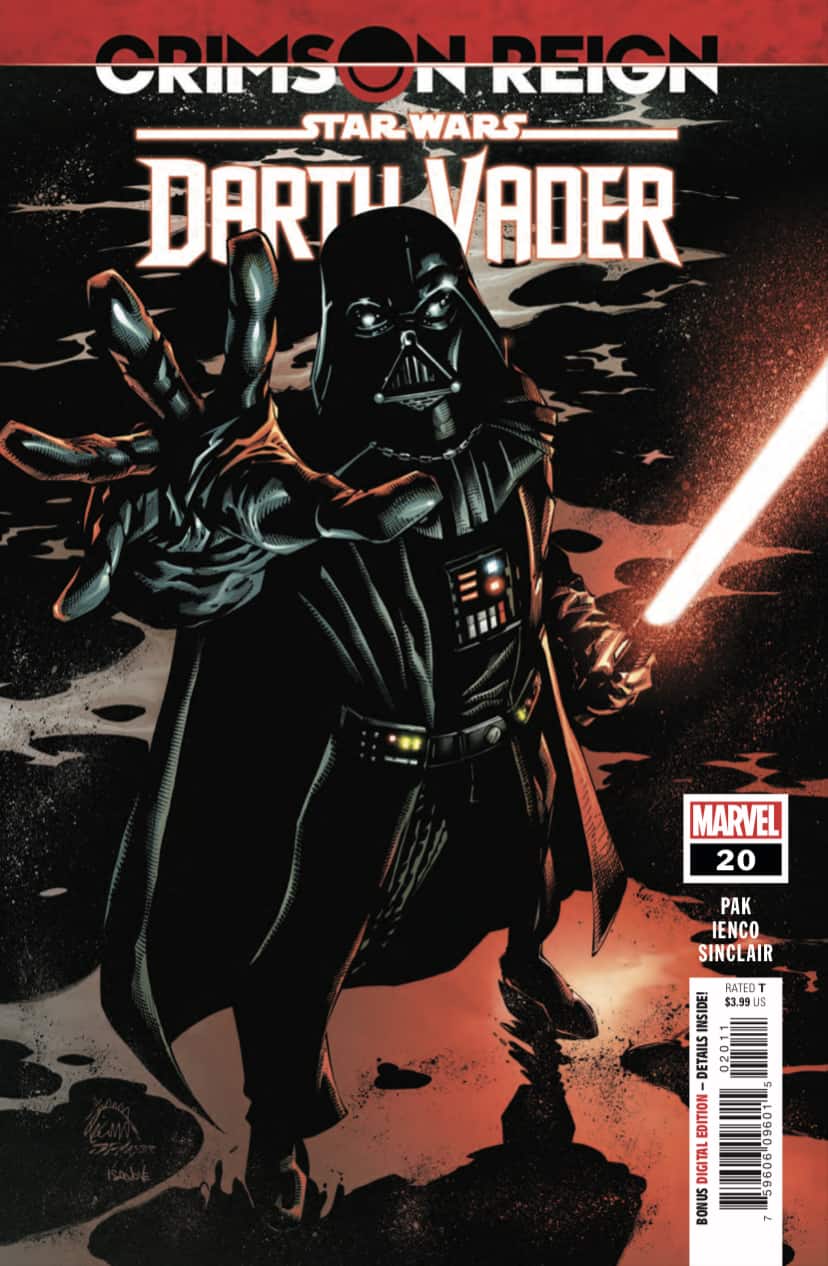 Darth Vader has assembled a squad of freedom fighters and assassins to help him purge the galaxy of Crimson Dawn. At the same time a longtime friend of Padme Amidala hunts the Dark Lord himself, believing that he murdered her former queen and senator.

This particular story arc has been running wild lately, going completely off the rails in the best of ways. It does not feel like any specific arc before it, which makes sense since they all have had their own flavor. This issue seeks to maintain that while tying it to the greater saga as a whole. Teased at the end of the last issue, Sabe shows up again who has not been seen since early on in this series. The former handmaiden of Queen Amidala had been investigating Padme’s death and traced her information to Vader. Since they had met before, Sabe has joined Crimson Dawn and is able to trick Vader into believing he has a list of Crimson Dawn agents within the Empire. That’s pretty much sums up her part in this chapter, but she will clearly be back. What follows is a rampage by Vader, not caring if the people he murdered where actually secret agents or not. This kind of carnage has been lacking as of late in this series. This slaughter that occurs is representative of earlier “Darth Vader” series, which tended to be much more brutal. In the end, Vader further proves his loyalty to the Emperor once again. 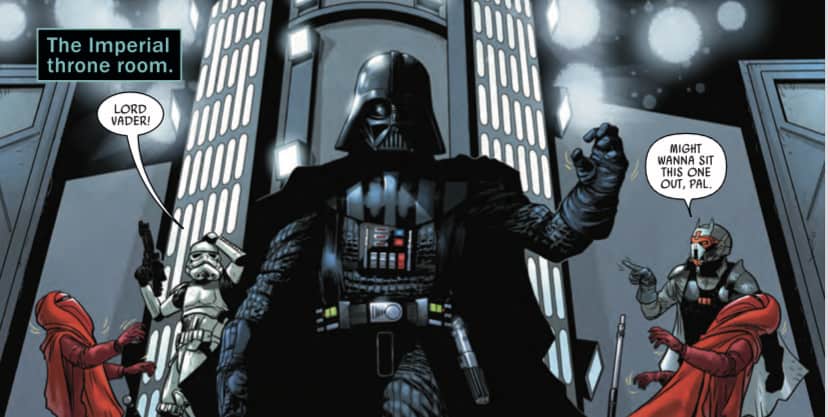 “Crimson Reign,” has been a weird follow up to “War of the Bounty Hunters.” Some other “Star Wars” series seems to follow it, but rather loosely. “Darth Vader” on the other hand, seems Hell-bent on its inclusion as a companion piece to the miniseries of the same name. This whole arc has been about revenge against the criminal organization that has risen way too far above its ranks, and has spies everywhere. Vader recruits hardened killers and even a once again resurrected Beilert Valance to make it as personal as possible. What occurs in this issue is an all out war on Crimson Dawn, something not often seen in Star Wars. Historically, the Empire basically let criminal organization thrive as long as they agreed to kiss the boot of Palpatine and stay out of the way on Imperial affairs. Instead this chapter sees a rare move of Vader cutting through both criminal and Imperial. This is not only a clearly new chapter for this series, but a big part of the multi-series “Crimson Reign” event as well. 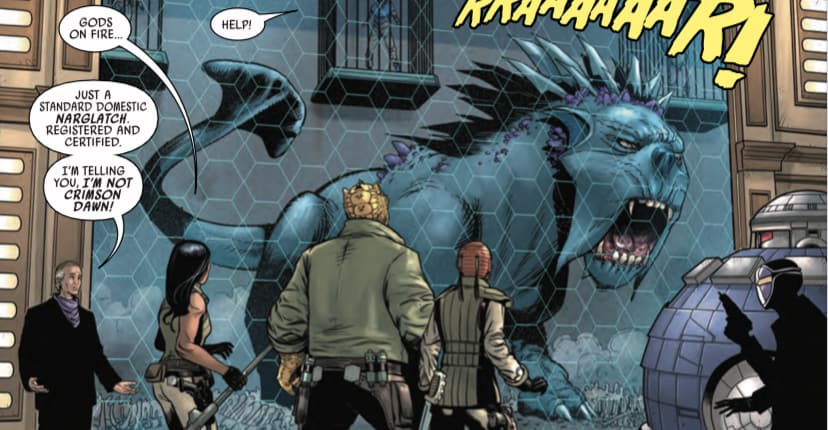 On a technical level, this issue is very different in color style and structure. For one it is very linear. The panels are sharp crisp rectangles, with no diagonal cross sections or large two page displays. This issue is all about business. Missing is the red tinged memories of Vader which has dominated this entire series. Instead there is impressive art in a wider variety of colors, with no one color dominating the pages. This issue does little to further the even larger plot of this particular era set between The Empire Strikes Back and Return of the Jedi, but it certainly furthers the plot of “Crimson Reign.” As much as it is enjoyable to see this series consistently change styles, it is very hard to predict where this series will go. Classically “Darth Vader” series have ended at issue 25, this being the third series, so there is only so much story left. This “Crimson Reign” series will cut into that, but not all the way. Difficult to see what is planned for the last couple issues.

Sabe is closing in once again on Vader. She has come across a couple fellow Crimson Dawn sympathizers, however it seems she plans to use them to get to The Dark Lord of the Sith rather than enlist their loyalty.