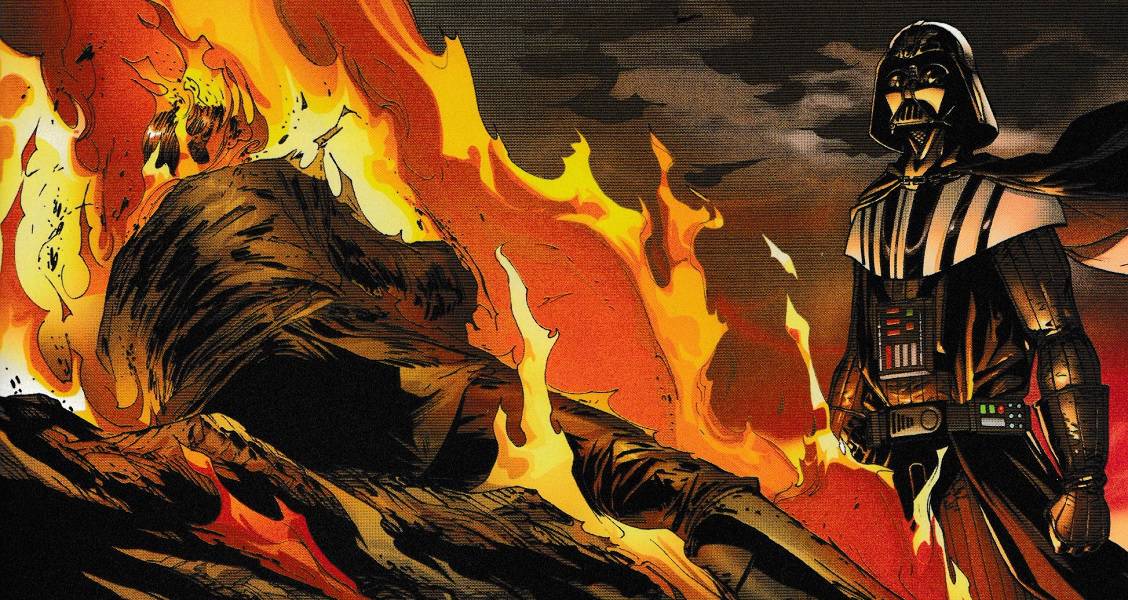 BURNINGS SEAS, PART 1:  As the Emperor slowly tries to build his empire, he must send Vader on a mission to Mon Cala.  He needs a certain kind of negotiations..

Anakin Skywalker helped Chancellor Palpatine hunt down and slaughter the Jedi and helped him to create the Empire.  During this, he faced down his master, Obi-Wan Kenobi, who left him for dead and necessitated the life-saving armor.  Anakin may be a little hurt by this still…even three years later.

We’re open to a familiar sight:  Obi-Wan standing on the “high ground” on Mustafar, proclaiming that their battle is over.  But he is not facing ordinary Anakin Skywalker, he is facing the cyborg Darth Vader.  This time, the battle goes differently.  Vader lifts Obi-wan off the ground and tosses him onto the molten ground where Obi-Wan proceeds to burn.  He screams his same speech about how Anakin was the chosen one, but this time it is Obi-Wan who is horribly disfigured and on fire. 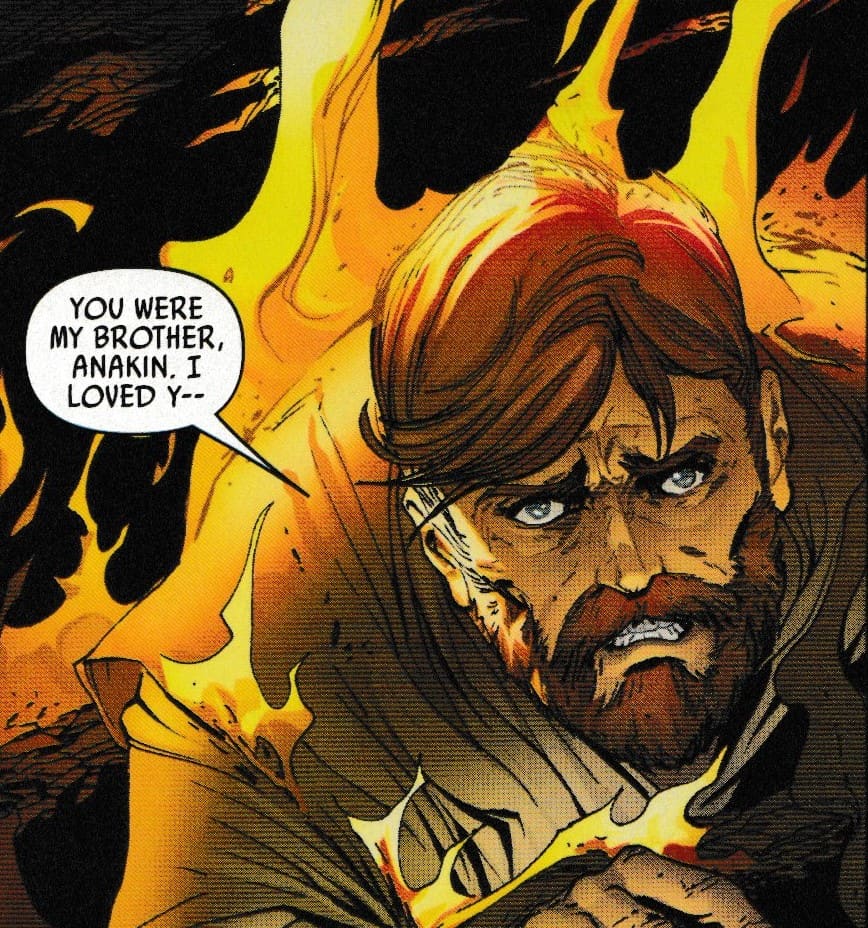 Vader’s dream is interrupted by the Emperor calling for him.  In the Emperor’s throne room, Palpatine explains that while he has allowed people to believe they still live in a democracy, they do in fact live in an Empire and his decisions are final.  He needs Darth Vader to remind some people of that…on Mon Cala.  The “station” isn’t ready for a demonstration.  The Empire has other forces it can marshal against Mon Cala if necessary, but the Emperor has different plans for Skywalker.  He suspects that the Mon Calamari king is consulting with a Jedi.  Vader is to go there as an investigator.

Above Mon Cala, a single Star Destroyer floats.  Governor Tarkin is addressing three of his subordinates, making sure that their subjugation of Mon Cala is ready.  They have soldiers.  They have propaganda to use.  They even have the option of an orbital bombardment.  But Tarkin isn’t ready to destroy Mon Cala.  Not yet.  They need it controlled, but they also need the resources.  Destruction is a last resort.

On the surface, the ambassador from the Empire, Telvar, is attempting to negotiate with the Mon Cala King Lee-Char.  He’s attempting to convince Lee-Char to peacefully serve the Empire, to provide the Empire with Mon Cala’s resources and technology.  In return, he offers “protection”.  One of Lee-Char’s advisors, Raddus, is skeptical.  But Telvar is respectful.  He leaves peacefully, looking forward to more discussions.  In orbit, Tarkin receives Telvar’s report but then another shuttle drops in from hyperspace to continue negotiations.

The shuttle lands and three Inquisitors, flanked by an armed escort.  The Mon Cala security forces aren’t too happy.  The leader of the security, Gial Ackbar, demands an explanation and the Inquisitors defer to the last of the ship’s occupants:  Lord Vader.  Vader explains that he is there to hunt an enemy of the Empire.  As Telvar gets on his ship and takes off, Ackbar declares there are no enemies on Mon Cala.  Unfortunately, Telvar’s ship exploding may suggest otherwise.  This gives the reluctant Tarkin the pretense to send down armed troops.

In the caverns on Mon Cala, a hooded figure receives a communication from the king.  The Imperials are landing.  The Jedi knows the man in black who leads them:  Skywalker.

For being a Darth Vader book, there seemed to be a lot of pages without the titular character.

I’m being a little facetious.  I know that sometimes you have to give some backstory to set up more.  And that’s what this book is.  It’s the setup of another arc.  I haven’t looked ahead to see if it’s a long arc or just a couple of issues.  So I can forgive the lack of Darth Vader.  He’ll take center stage soon enough.

The biggest problem I have with this issue is that after we spent the last couple issues setting up this big conspiracy, suddenly we seem to jump forward three years.  Or maybe the whole series takes place three years after Revenge of the Sith…But then why call it out in the opening crawl here?  The jump coupled with the seemingly no reference to the plot against Vader that bugged me.  It’s as if the previous arc meant nothing.

Still, we get a good view of some of the politics behind the Emperor’s early rule.  I enjoyed seeing Tarkin, even hearing how much more reasonable he seemed compared to the temperamental Vader.  Of course, this is the same Tarkin who eventually blows up an entire planet.  Soule also gives us glimpses of characters we all know from the movies.  Krennic is mentioned.  Raddus makes an appearance.  Even the future Admiral Ackbar is here.  Soule definitely knows how to give fan service.

The opening scene is also one of the greatest alternate takes I’ve seen in a long time.  It’s one of the most heartfelt scenes in the prequel trilogy and Soule turns it on his head…  Obi-Wan loses and is tossed into the lava.  Apparently, Darth Vader has some really twisted dreams.

Final Thoughts:  A Darth Vader story with only a little Darth Vader.  It’s nothing outstanding, and if it’s your first foray into this series, don’t get discouraged.  If Soule has proven anything, it’s that he understands Vader and we can expect this arc to pick up next issue.