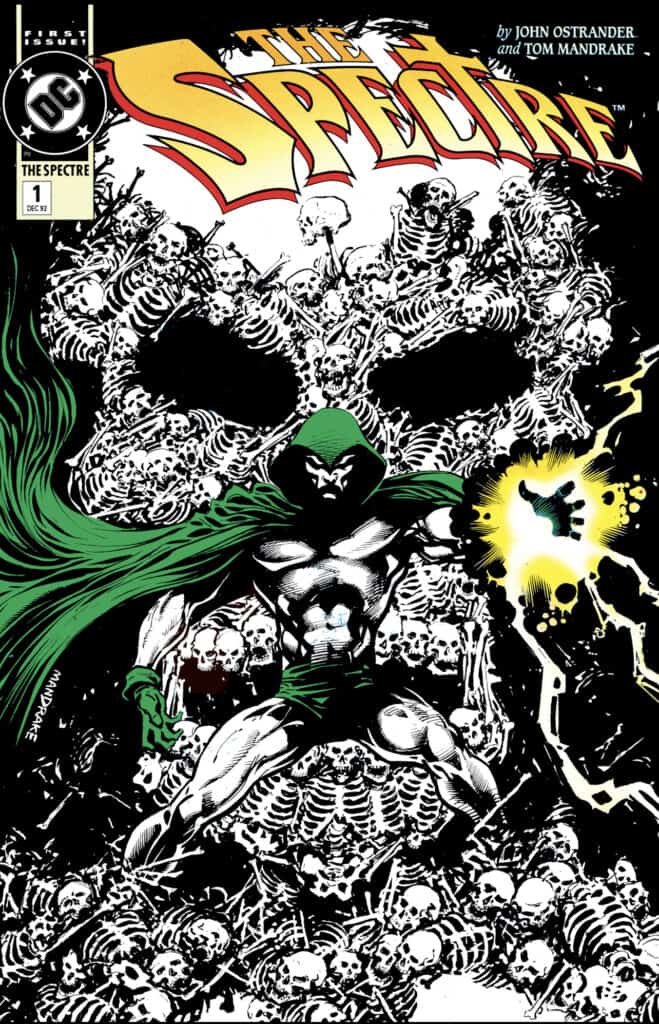 It’s 1992, and comics veterans, John Ostrander and Tom Mandrake, are tasked to re-introduce one of their Golden Age properties, the Spectre. These two have worked their magic in the past, where they took the character, Firestorm, and transformed into an earth elemental, in the vein of Swamp Thing, and elevated the character beyond a classic superhero. The title and character would transform into a long form series that would be geared for a more mature audience, before DC would publish the Vertigo imprint, and they’d work their same magic on Jim Corrigan, the Spectre, and his world, which would culminate in a 6 year run, and last 63 issues, and an annual. 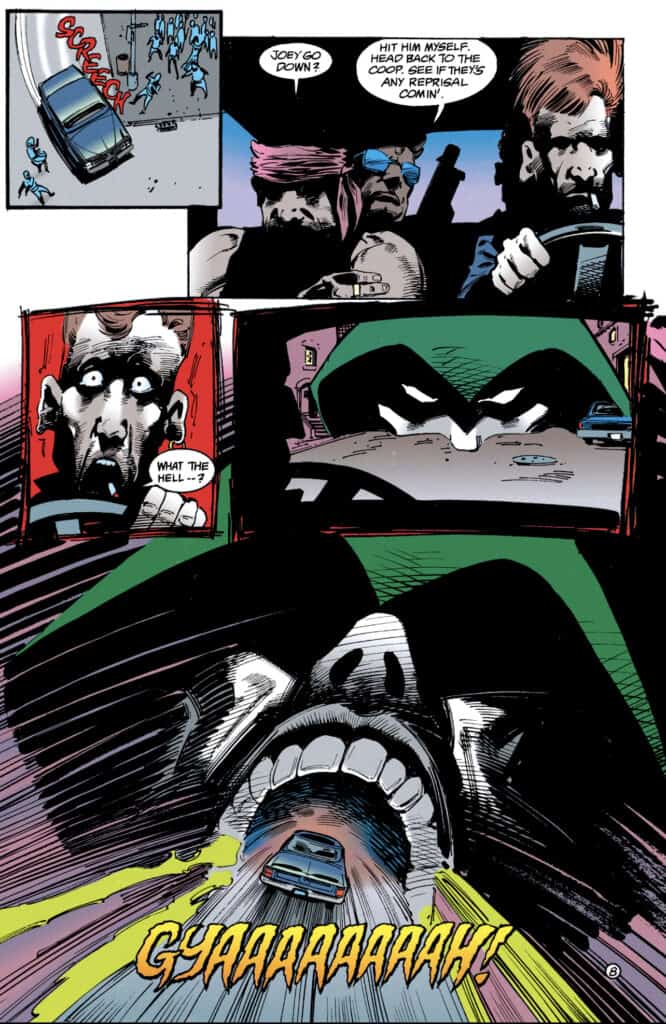 Now, this isn’t the first time the Spectre had a series in the post Crisis era, Doug Moench and Gene Colan would give him a 31 issue run, but it wouldn’t be until the team of Ostrander and Mandrake to really put the character on the map, and make the comic buying community take notice. The Spectre is the Judeo-Christian god’s spirit of vengeance, who was bonded to the soul of a deceased cop, Jim Corrigan back in the 40’s, sent to the earthly plane to exact judgment on those who have committed sins so grave that they would have to face judgment with some of the most gruesome ways imaginable. This run would run the gamut of history, and touched on several different religions and theologies, not just Christianity, and would introduce the current Mister Terrific, Michael Holt, who would become one of the charter members of the reformed JSA in the late 90’s through the 2000’s. 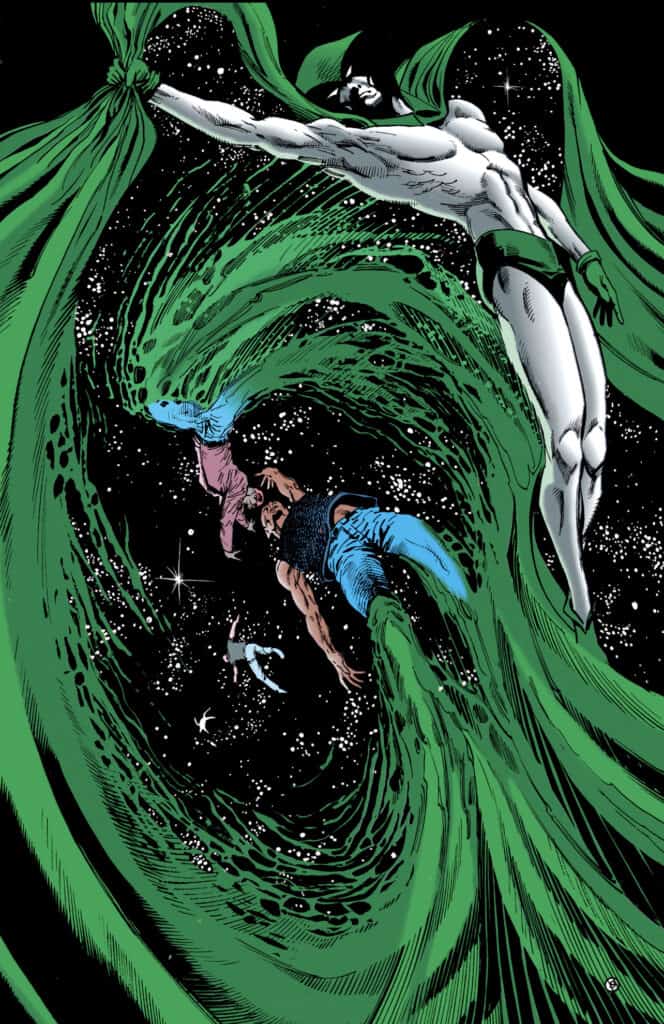 Ostrander and Mandrake would begin their legendary run with Corrigan coming face to face with the man that was responsible for his death 40 years ago. The man, Louis Snipe, was now in a hospital, and very close to death, who appears to be suffering from dementia, or altzheimers, but Corrigan needed to find out what his role in his death was. Unfortunately his visit with Snipe was interrupted by the hospital’s resident psychologist, and left him there. He, and a group of bystanders are shot down by a drive-by, and the cast finally gets to see just what the Spectre is capable of, and what their sins will exact retribution on their souls. Corrigan returns to Snipe, and enters his mind to find out exactly what role Snipe had in his death. There’s a pitched battle, but the spirit of vengeance wins in the end. Corrigan thinking his time as the Spectre is over now that he found out who murdered him, but alas his story, and that of the Spectre’s, is not over. 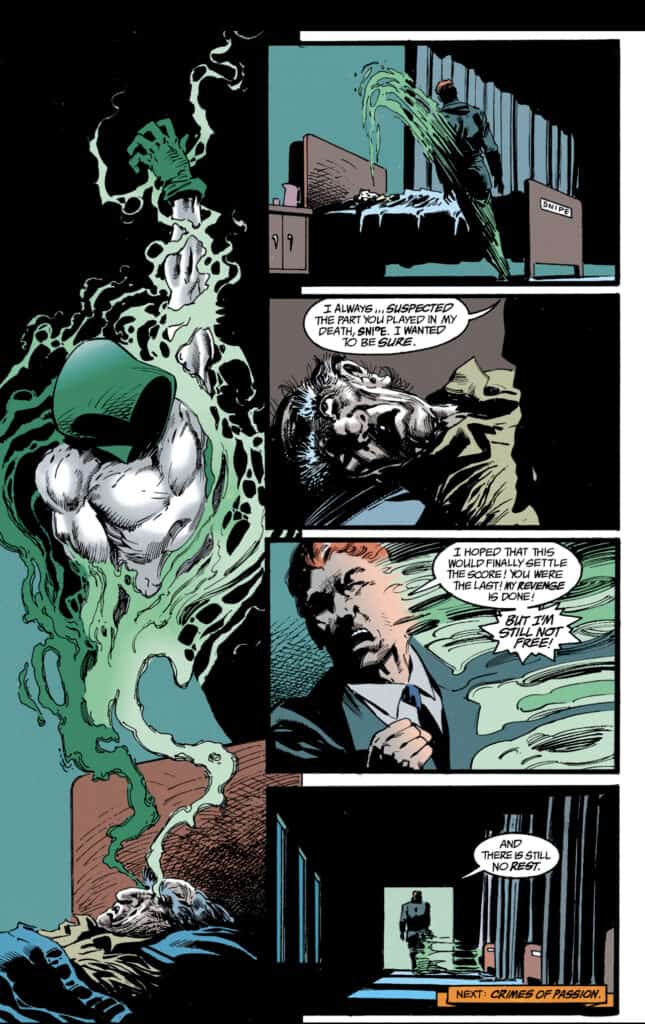 Ostrander was a theology student before he began writing for comics, so he brought a perspective to the religious themes in this series that most writers wouldn’t have the technical knowledge, bringing a maturity to the themes and topics expounded upon that was missing from most comics at that time, with the notable exceptions being Gaiman’s Sandman, and DeMatteis’s work on Dr. Fate, another Golden Age character that was revitalized in the post Crisis era. This issue, and series is one that everyone should read at least once.