DC Horror Presents: The Conjuring: The Lover #2: Hitting All The Stops 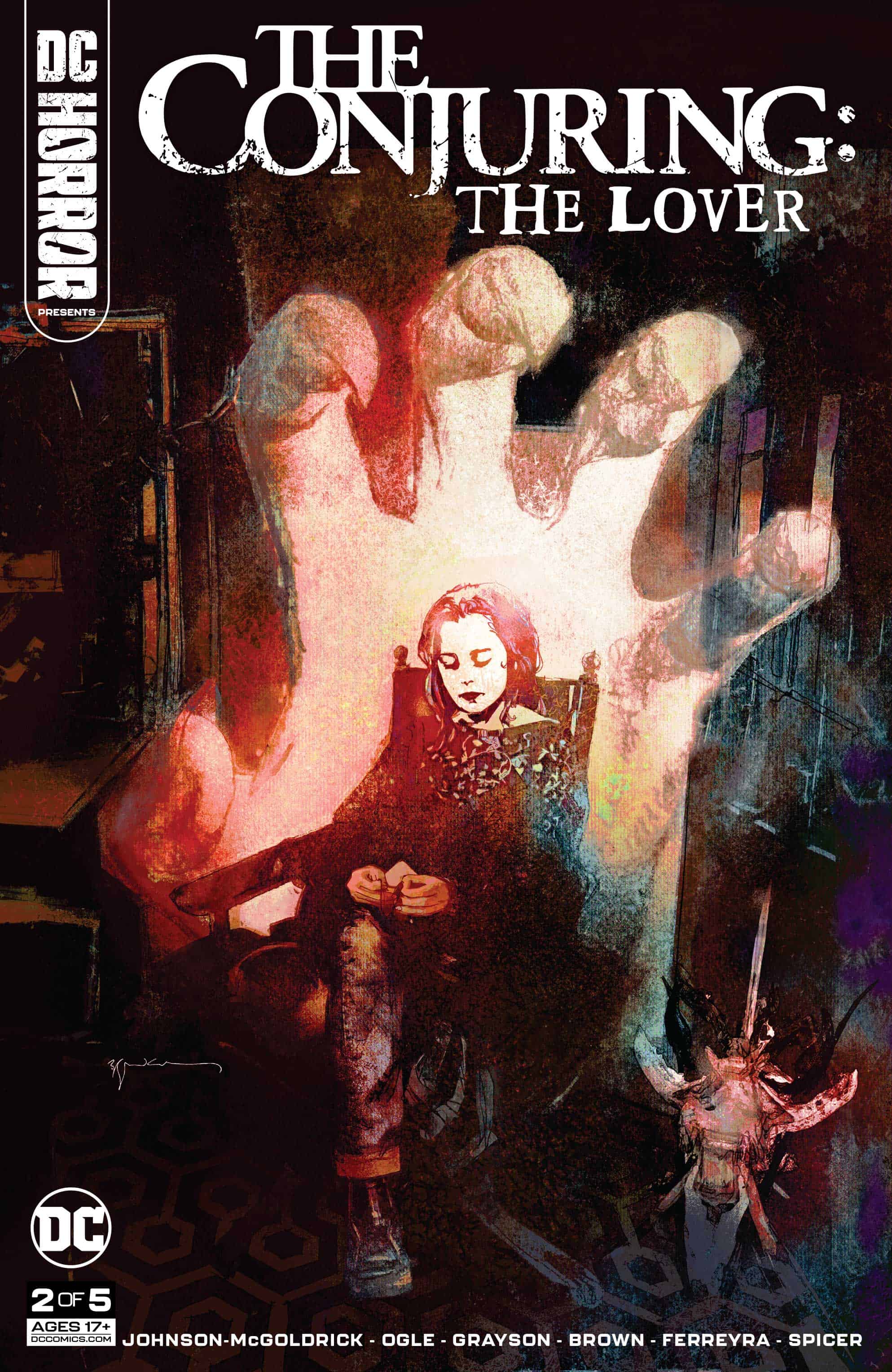 Jessica’s life begins to take a turn for the terrifying as she finds herself experiencing increasingly disturbing events at her college. Most troubling of all, she begins to suspect that the phenomena she’s experiencing could have an unsettling origin-her own psyche. Plus, Che Grayson and Juan Ferreyra bring you another trip into the Warrens’ haunted artifact room for a double dose of dread! 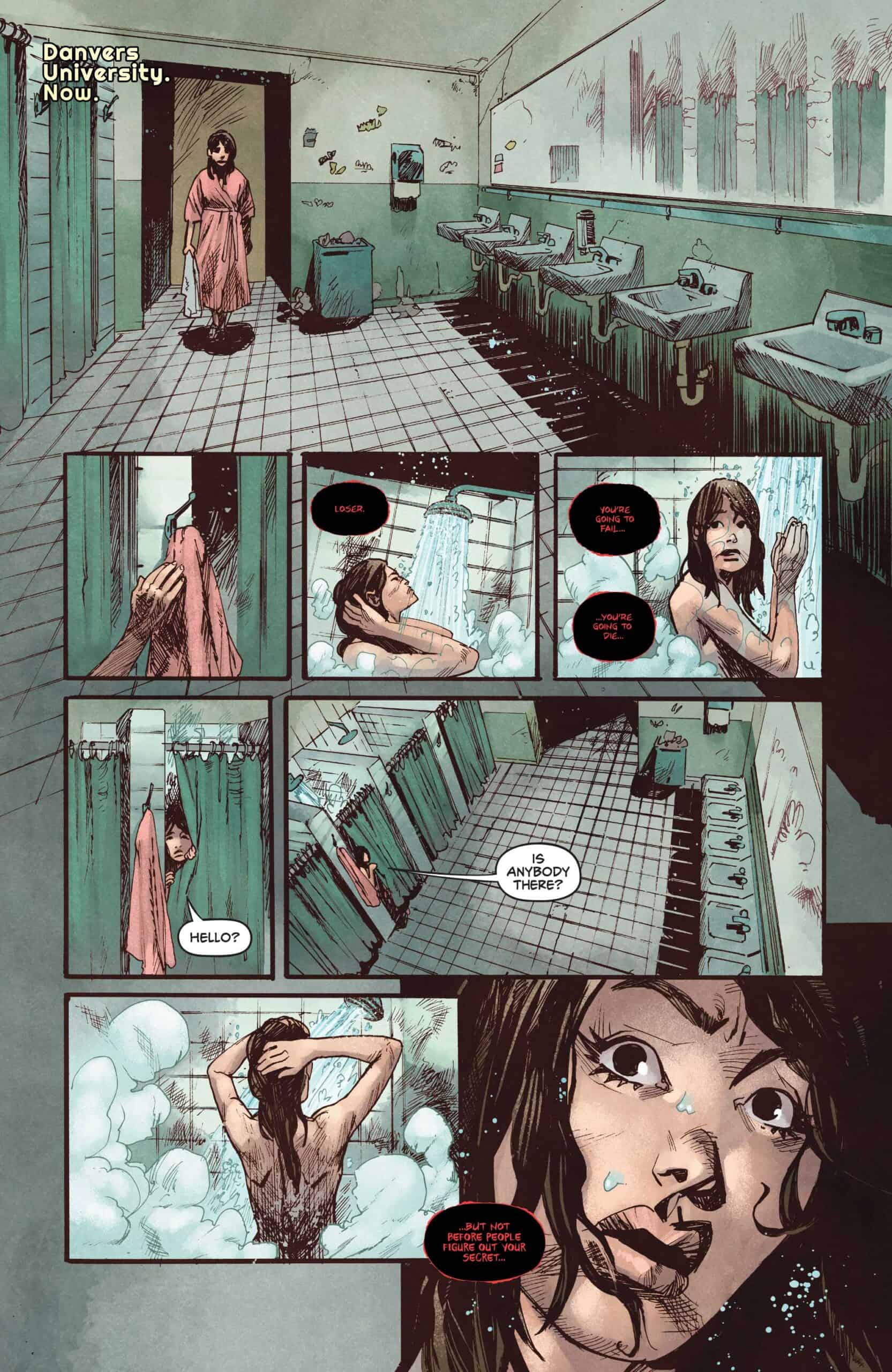 DC Horror Presents: The Conjuring: The Lover #2 continues the story of Jessica as she attends college and is stalked by a shadowy figure. The Conjuring films are an extremely successful horror franchise, and so far it appears that what makes the films great can be translated to the comic medium. David L. Johnson-McGoldrick & Rex Ogle understand the medium and use it to its potential. The writers take advantage of panel-based storytelling with gradual scares, literally creeping across the page. Garry Brown knows exactly the way readers’ eyes move across the panels and presents his art in the most effective way possible. It takes talent to tell a great horror story, but it is even more impressive to show one. 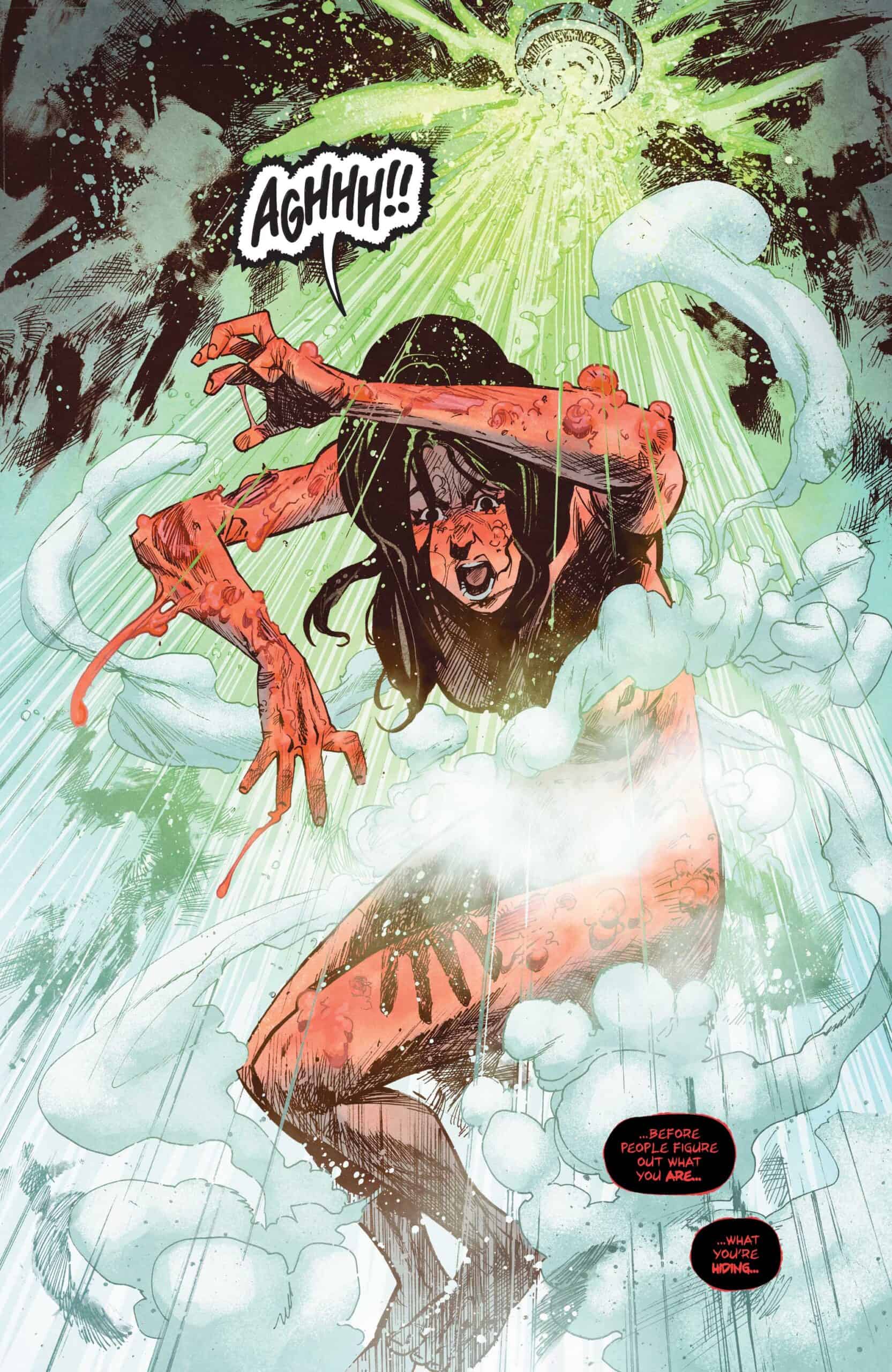 Is it a horror story without a naked woman in the shower? DC Horror Presents: The Conjuring: The Lover #2 hits all the stops that you want in a horror story. The best scares are when you are most vulnerable, like in the shower or hugging the payphone talking to your best friend. The scares arrive when you least expect them, and there are a few scares in such a short amount of time, which is impressive on the creative team’s part. The ads in between the main story and “Tales From The Artifact Room” are fun and playful that remind you that this is a comic book and brings the idea home that David L. Johnson-McGoldrick, Rex Ogle, and the creative team know exactly what they are doing. They aren’t making a tie-in comic book, they are making a comic that exists in this ever-growing universe. To top it all off, the often dreaded “to be continued” doesn’t feel cheap. I want to see what happens and the wait will be worth it. 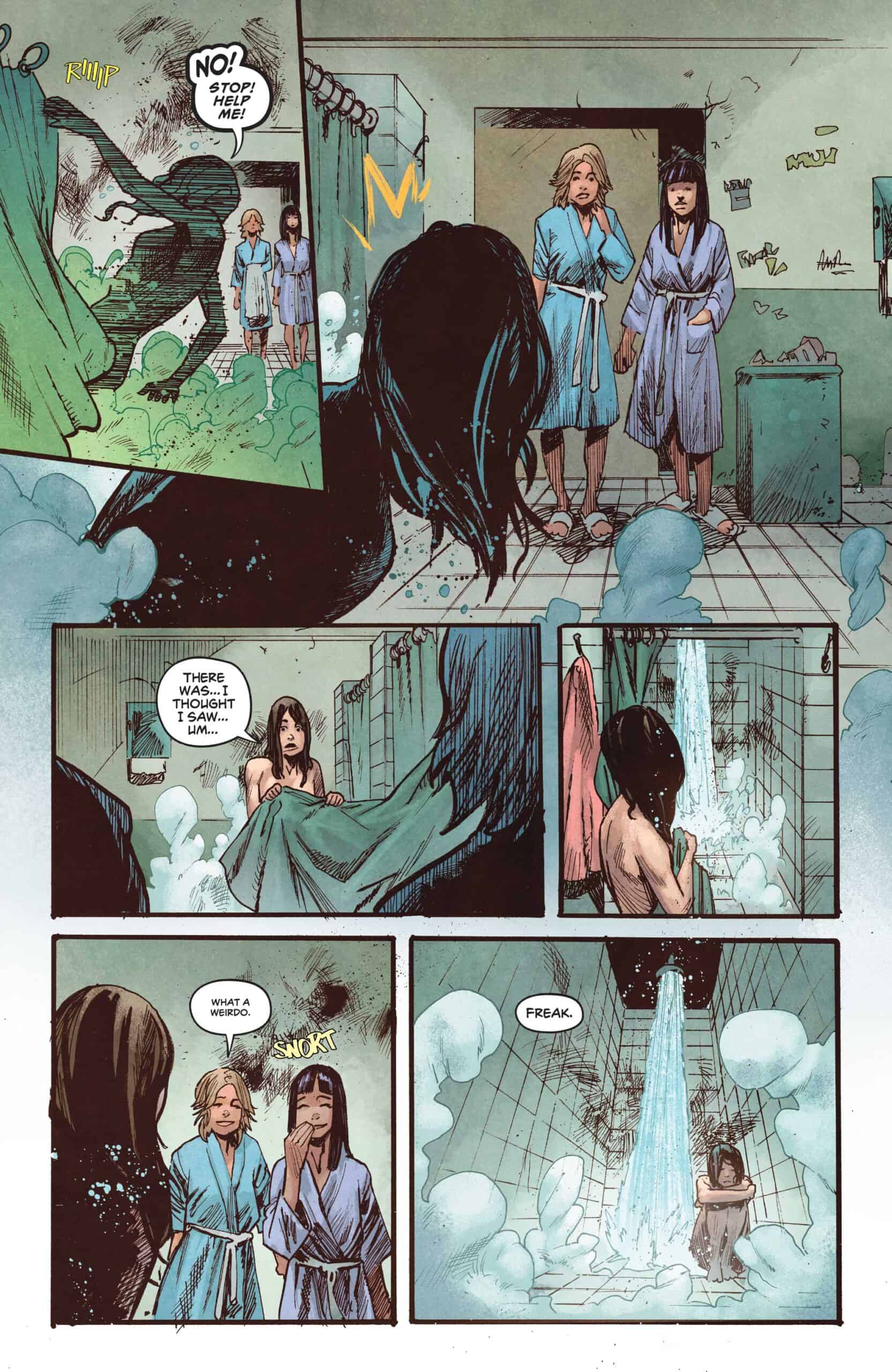 “Tales From The Artifact Room” has been a personal highlight from DC Horror Presents: The Conjuring: The  Lover. While they do tie into the franchise, they can be viewed as one-shots that aren’t essential to this series or the films. “The Bloody Bride” is a fast-paced story that is worthy of telling around a campfire or a slumber party. The best horror stories are short ones. Short stories pack a punch in a short amount of time, which is something I’ve always appreciated. A horror story does its job when you can’t stop thinking about it, and it excelled at it if it only took a few pages or a short amount of time to tell. “The Bloody Bride” leaves you with no time to think. You are in the nightmare loop before you even realize what is happing. When it comes to stories like this, the less you know, the scarier because maybe you really don’t want to know.

DC Horror Presents: The Conjuring: The Lover #2 is horror and suspense at its finest. If you are a fan of the films, this is an added bonus, but this series stands on its own as a great horror story.

DC Horror Presents: The Conjuring: The Lover #2: Hitting All The Stops