DC Horror Presents: The Conjuring: The Lover #4: There’s No Coming Back 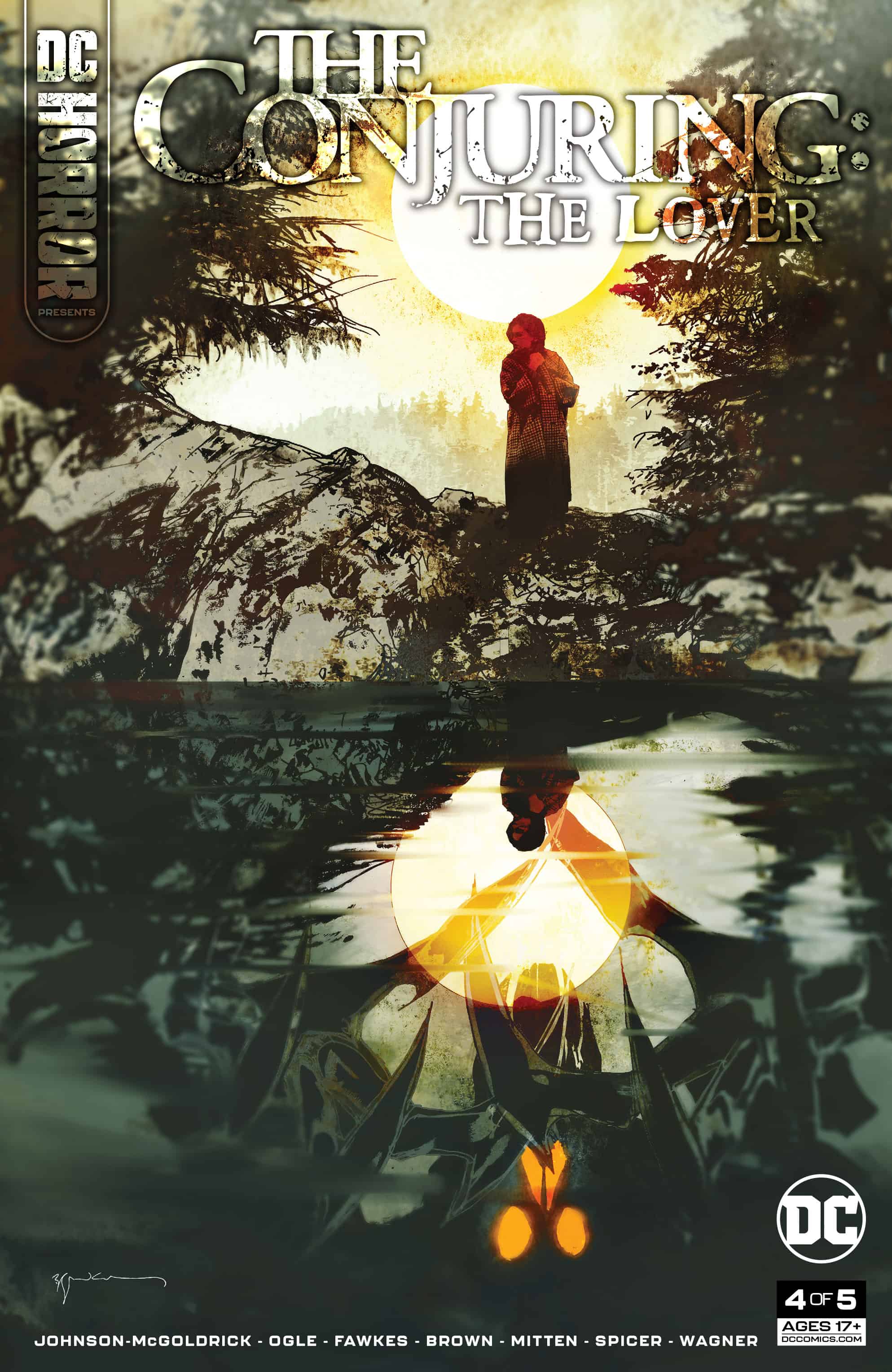 Kicked out of college after nearly murdering a classmate, Jessica finds herself back home. Is something taking control of her actions and forcing her to behave violently, or is the secret she's been keeping driving her mad? Plus, a terrifying tale of the haunted music box! 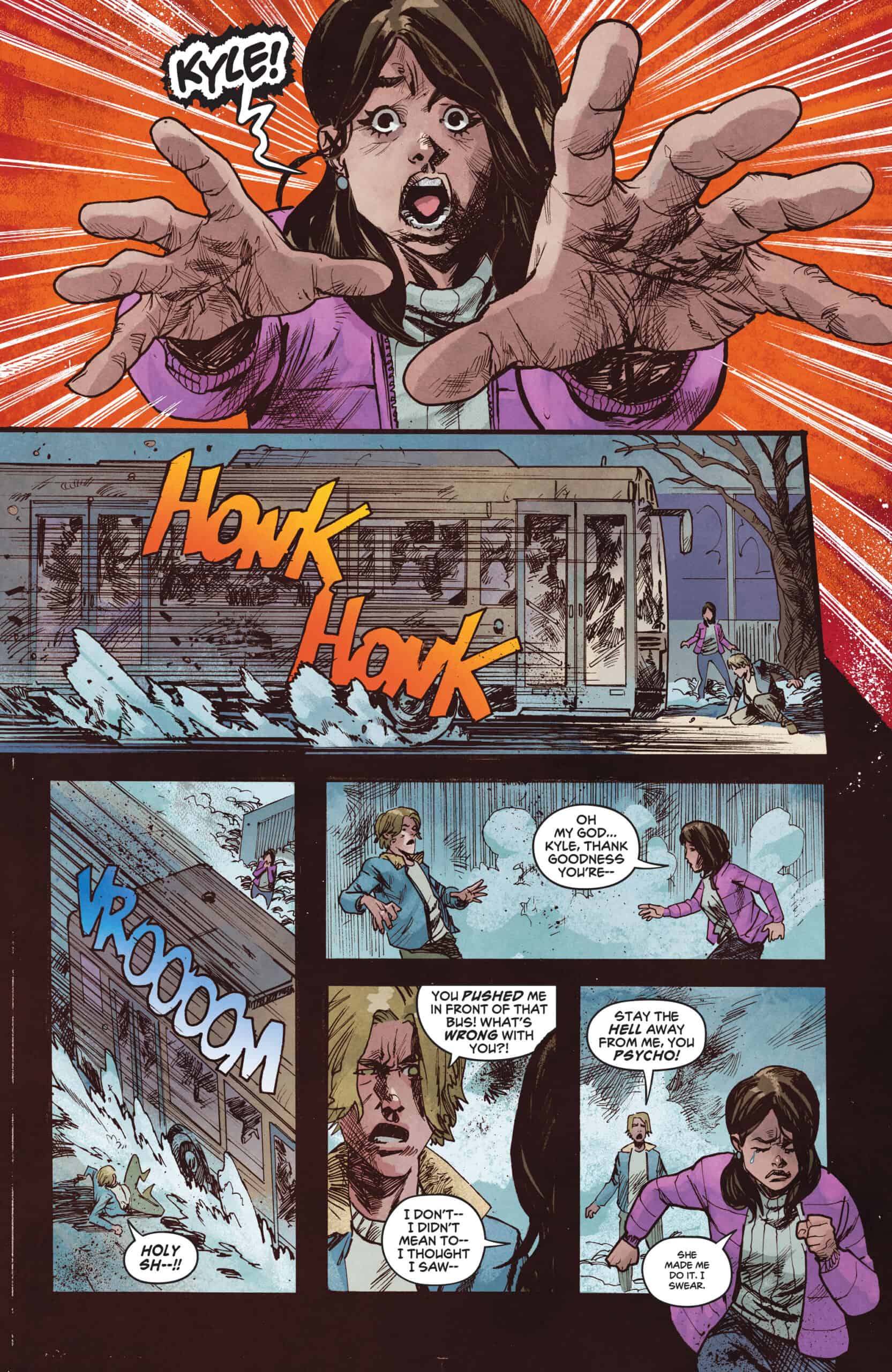 DC Horror Presents: The Conjuring: The Lover #4 brings readers to the point of no return. Jessica is now completely consumed by whatever is after her and it really is hard to tell what is real and not. Jessica’s tormentor finally accomplished what it has spent the first three issues trying to do. Readers will be familiar enough with how Jessica has been tricked in past issues to know that the lines of reality are blurred with whatever nightmare consuming her. Knowing this, the issue may seem predictable, but it is the ruthlessness of what happens that makes this issue terrifying. The brutal climax of the issue shows that things aren’t okay for Jessica, and they will never be again. Because this is a tie-in to the film franchise, the story needs to be wrapped up more neatly, but I would have more than okay for this to be the last issue. The final panels of the issue completely make up for the high anxiety scares of the earlier issues. Issue #4 aims to surprise readers with how disturbing it is. 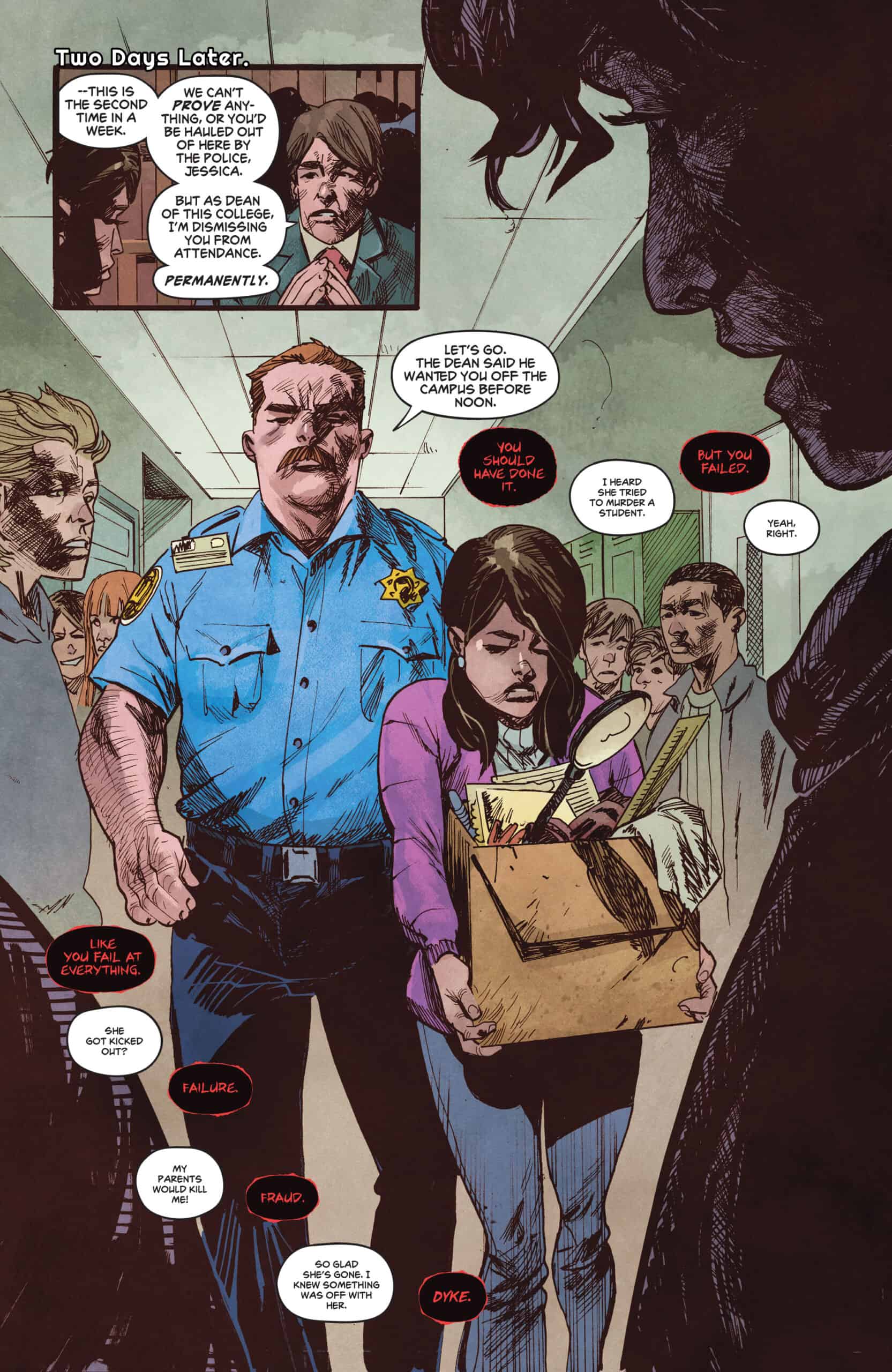 The Macabre Mail Orders are great as usual and are my favorite part of the issue. Johnson-McGoldrick, Ogle, and Johnson bring a feeling of nostalgia to readers that will make them want to rip out the page and send it away for whatever products are advertised. They work brilliantly as a cleanser from the brutal climax of the issue. The spooky nature feels more at home in September than in previous months as we roll into fall and closer to Halloween. As a whole, the series would definitely benefit from one or two more issues to still be hitting shelves for Halloween. However, readers that are fans of the films most likely don’t mind being able to enjoy some scares during the summer. “The Sleeping Song” seems to be the weakest of the Tales from the Artifact room. Though it may be missing that “scary stories around the campfire” feeling, “The Sleeping Song” still brings a high level of horror. The lack of that quality left me wondering if I missed anything. Despite classic feeling scares, the graphic content of the story is absolute horror in itself.

DC Horror Presents: The Conjuring: The Lover #4 aims to surprise and horrify readers with how far Jessica's nightmare can go. There's no coming back from this!

DC Horror Presents: The Conjuring: The Lover #4: There’s No Coming Back