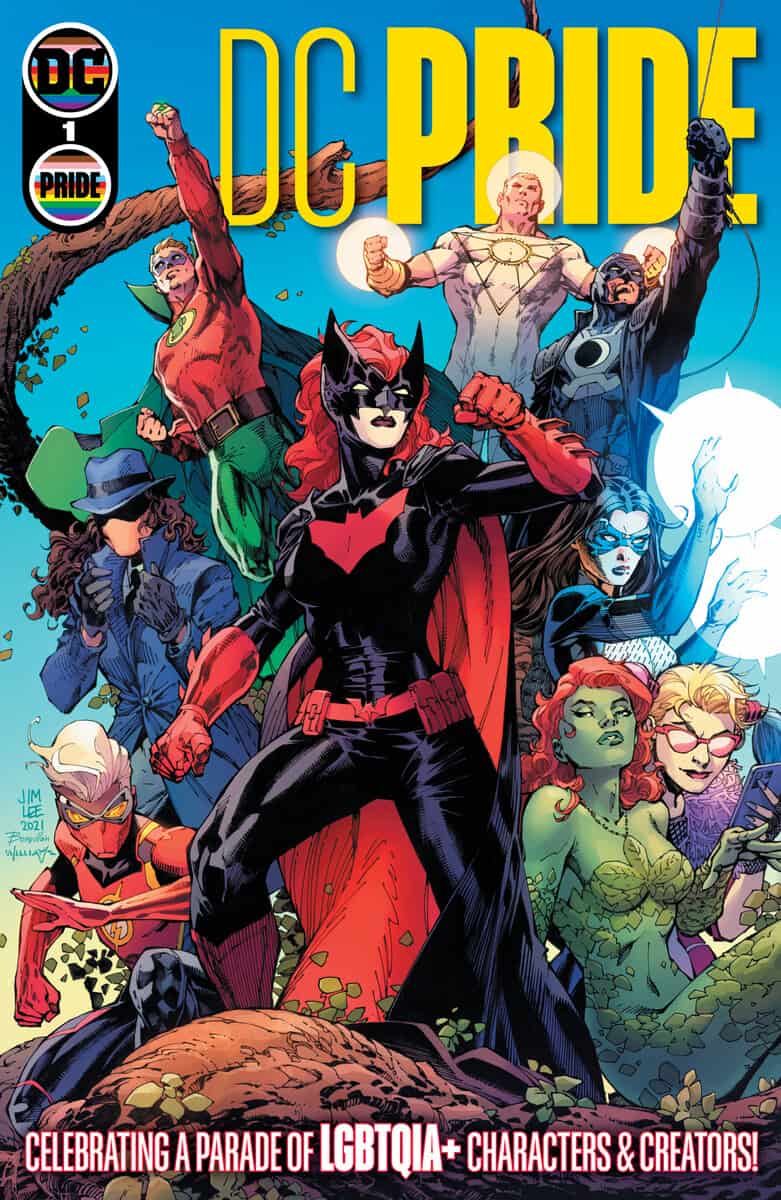 Pied Piper confronts a new vigilante who forces him to confront the large-scale effects of discrimination in a shared community he’s abandoned.

In “Be Gay Do Crime,” audiences are introduced to a new young queer vigilante: Drummer Boy. In search of justice for his local queer community, Drummer Boy is going after a discriminatory landlord using Pied Piper’s mind-controlling technology in combination with a new instrument. Eventually, Pied Piper himself is forced to face how he’s failed their shared community as a hero, and helps Drummer Boy to see there are other — better — ways to get justice. 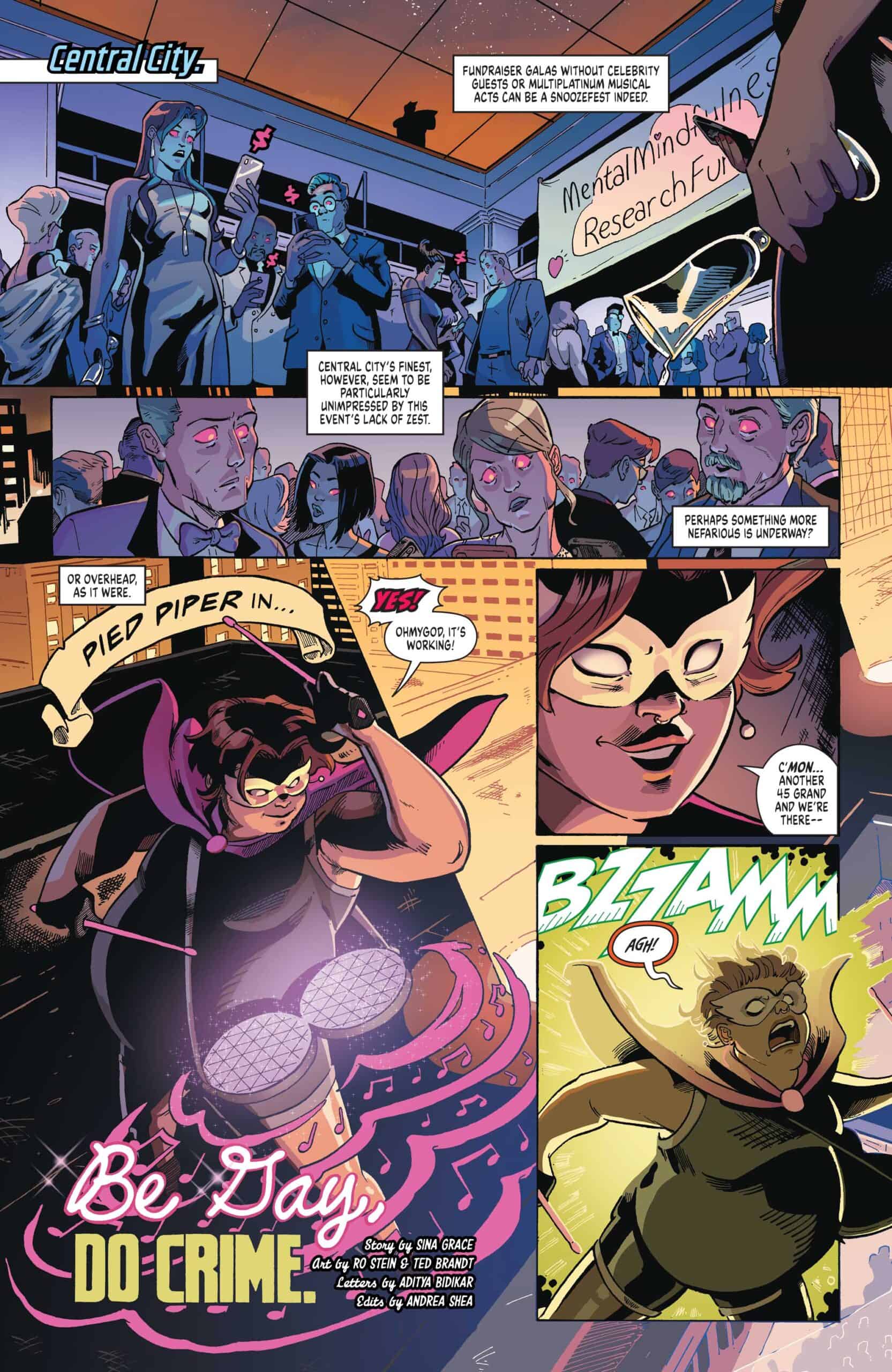 The frustrating component of Drummer Boy, however, is that the comic never fully makes sense of his place within the queer community. Ostensibly an LGBTQ+ character, the comic never makes note of his orientation or if he’s trans. Is he gay? Ace? Bi? Pan? While queer characters should have depth beyond their gender or sexual orientation, a story in a Pride-focused issue introducing a new queer character that pays no attention to its character’s gender or sexual orientation feels like a loss. That said, it’s ultimately Piper Piper, an out gay character (whose orientation similarly never comes up) who guides Drummer Boy towards a better outcome.

That frustration with Drummer Boy aside, Sina Grace’s story in general is incredibly poignant, and Drummer Boy’s motivations feel just even if his way of getting what he wants feels less so. Drummer Boy’s desire to protect his community — a community Pied Piper shares but has ostensibly given up on — is very relevant. While the threat of gentrification might feel boiled down to a single scummy landlord, some of Grace’s lines for Drummer Boy pack a real punch. Having seen both friends and strangers have needed sites like GoFundMe to make rent or get the gender-affirming healthcare they need, “poor people can only GoFund each other so much” hits. Hard. 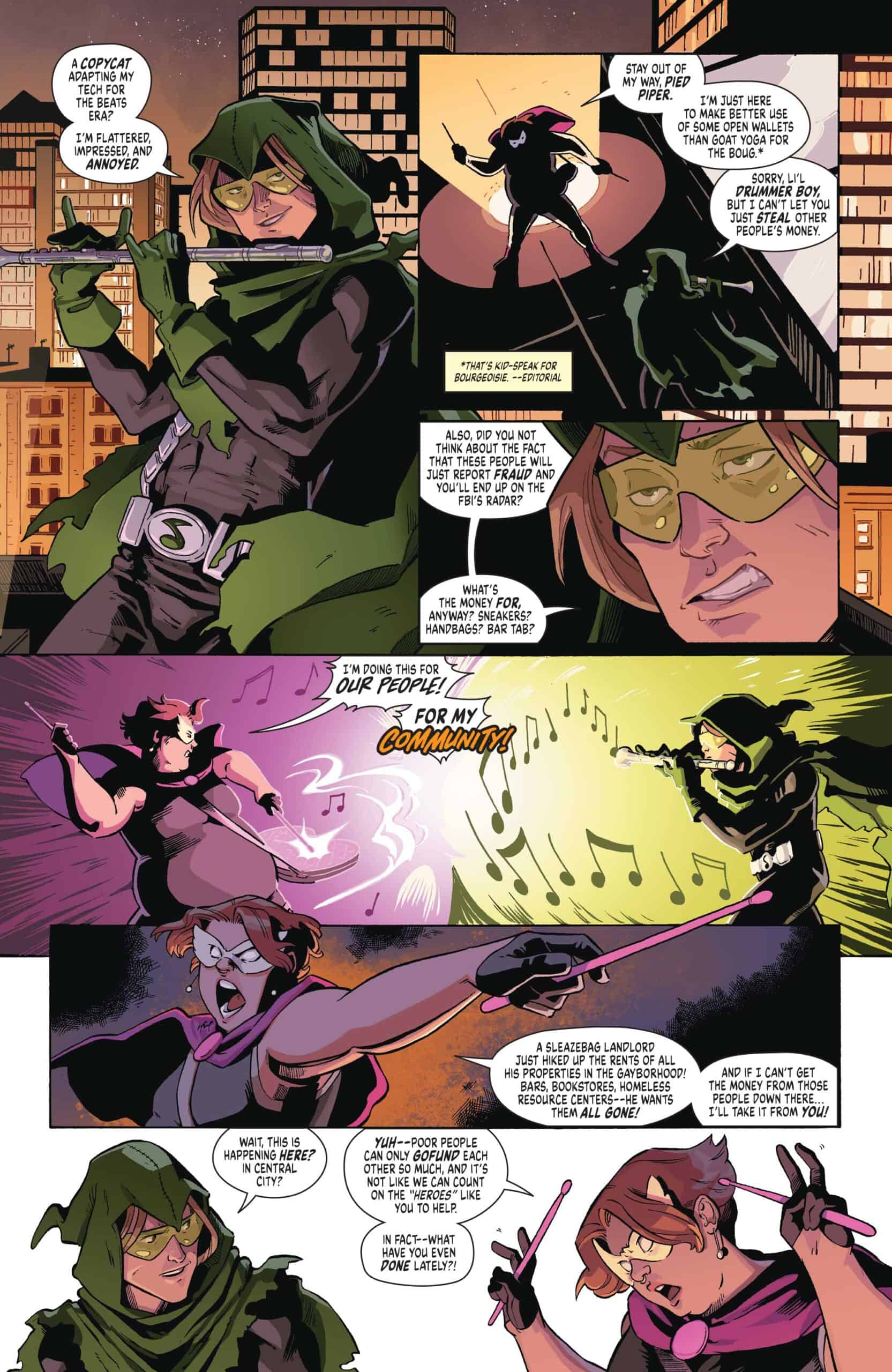 The story’s art — by Ted Brandt and Ro Stein — is sheerly delightful. The designs of Pied Piper and Drummer Boy contrast one another wonderfully. In addition to complementary colors (Pied Piper in green and Drummer Boy in pinkish-purple), the two characters have satisfyingly contrasting shape language. Drummer Boy, like his instrument, is composed of rounder shapes and carries himself in a way that is ultimately more sturdy and confident than Pied Piper, whose reedy (ha ha) silhouette places emphasis on his more elegant approach to both music-making and problem-solving. These fantastic character designs are complimented by dynamic lighting and expressive faces and body language that make “Be Gay, Do Crime” a joy to read.

The cover for the DC Pride anthology is a generic group shot, whose figures feel incredibly stiff by comparison. That said, there are several standout variant covers. Neither Pied Piper nor Drummer Boy show up on any of them.

"Be Gay, Do Crime" is a fun, stylish story confronting systemic injustice. Yet, while the comic introduces a new queer character alongside Pied Piper, that character’s queer identity remains strangely out of frame.