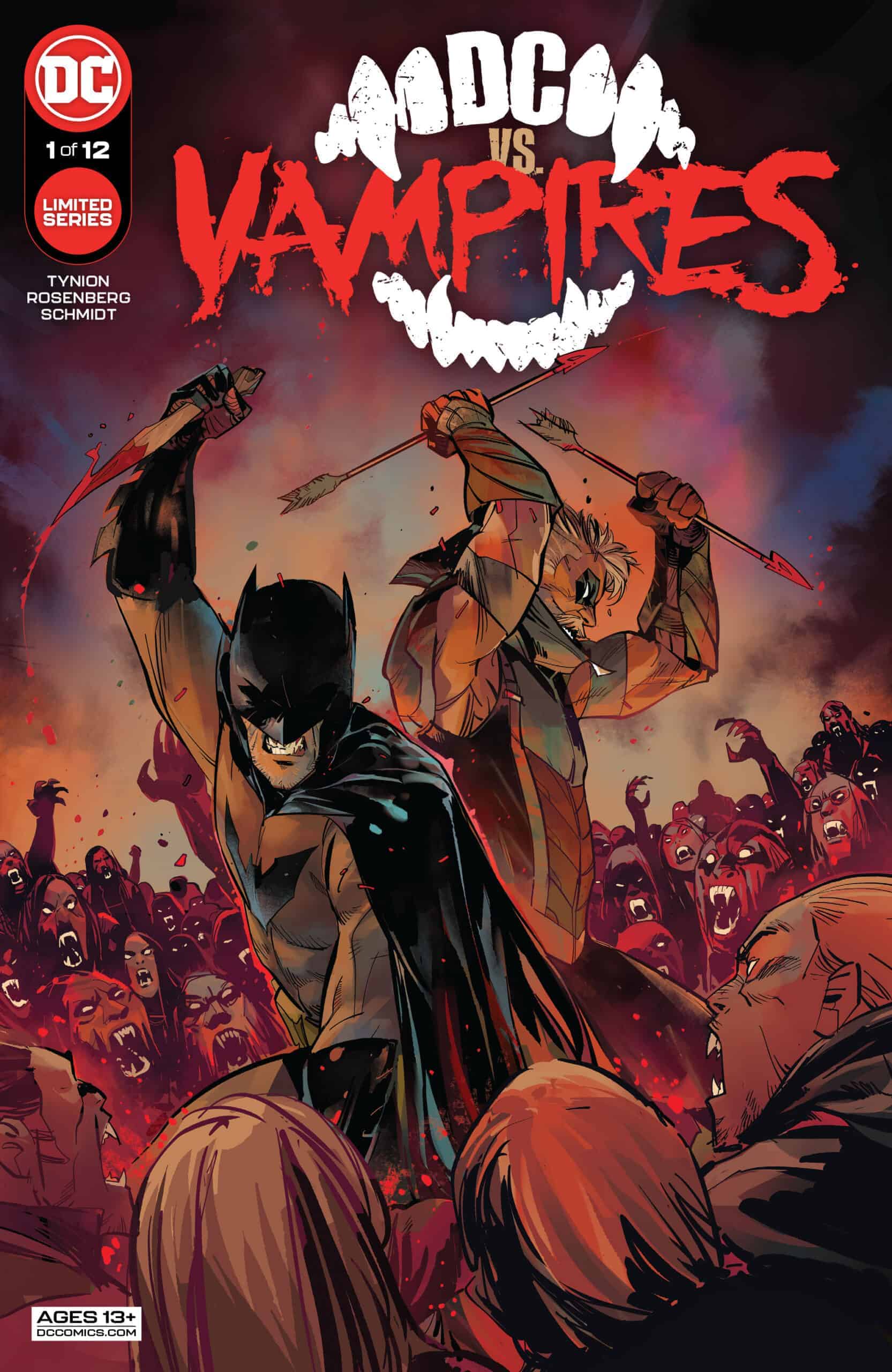 The Justice League has long protected Earth from all manner of foreign and alien invaders over the years, always keeping a vigilant eye to the skies for the next threat. But what if the threat was already walking the Earth…hiding in plain sight…watching…waiting for their moment to strike…

In the tradition of DCeased comes a terrifying new series from the twisted minds of James Tynion IV (Nice House on the Lake; Something is Killing the Children), Matthew Rosenberg (The Joker Presents: A Puzzlebox; 4 Kids Walk Into A Bank; Hawkeye), and Otto Schmidt that will tear the Justice League apart in their war with the undead!

Alternate universes, specifically for DC comics, seem to be a winning formula in the current market. With this current publishing initiative, which has a smaller focus on continuity but a bigger focus on creative vision, it’s not hard to see why DC is constantly putting out some of the must-read books. The most exciting books coming out of DC may or may not fit neatly into continuity, but instead ooze style and flourish, both from the book’s respective writers, artists, colorists, letters, designers, etc. But it’s not just the respective creators working in vacuums to create this renaissance of Elseworld’s style books (even if it feels like DC is scared to use the Elseworld’s label) but it’s in the synergy of creators working together to create something new and fresh.

DC vs. Vampires #1 sees Matthew Rosenberg & James Tynion IV sharing writing duties, with Otto Schmidt taking the reins of art, colors, and the book’s  main covers and is joined by Tom Napolitano on letters. The book is a perfect example of what multiple creators can bring to a project. Tynion grounds this universe in the horror and magic from his time on Justice League Dark, Rosenberg brings concise action and an unraveling mystery from his recent run on Hawkeye and mixed in with Schmidt’s pitch-perfect art, honed by the aforementioned Hawkeye run and his stellar work on the Rebirth era of Green Arrow. It’s a trinity of creators that can take a simple premise, basically Secret Invasion but with vampires, and turn it into a must-read, pulpy page turner.

Schmidt’s frenetic, scratchy linework is the perfect fit for a horror-themed book. With his previous work mostly appearing in mainstream action books like Green Arrow and Hawkeye, it’s a pleasure to see Schmidt get to break off and use his unique style to an alternate genre. It’s one of those picks that feel like it comes out of nowhere, like seeing Dan Mora take on Detective Comics after a 20 issue run of Once & Future or Bilquis Evely going from The Dreaming to Supergirl. These unexpected pairings give a reader a sense of ‘duh, of course, this is amazing’ while reading but would cause any reader to turn their head in describing those turns. Schmidt masterfully still uses his art to render highly kinetic action scenes, but instead of it being in a gritty crime sense, it’s in the fight between vampires sense.

It’s not just Schmidt’s linework that feels perfectly at home in the horror genre, but also his sense of color is next level in the book. Schmidt uses deep, bloody reds when conveying flashback scenes, and the shift in colors makes the time differential clearer than any caption or framing device could. It’s a brilliant technique, using the color to not only transport the reader to a different place and time, but to also create a sense of dread that lingers into the present, and clashes with the current events, and Schmidt’s Hall of Justice scenes, bathed in the warm green of Hal Jordan’s ring.

DC vs. Vampires #1 feels like it could be the next DCeased, in both fun, horror leanings along with being a perfectly contained, off-the-walls Elseworld’s story. Issue #1 is a strong start, but it’s ultimately the paired mystery and horror with Otto Schmidt’s detailed linework and gorgeous colors that are going to sear this book into your brain. If nothing else, this book belongs on a pull list for the art and color, and if Schmidt’s track record is to be an indicator, that work is only going to improve as the book moves forward.