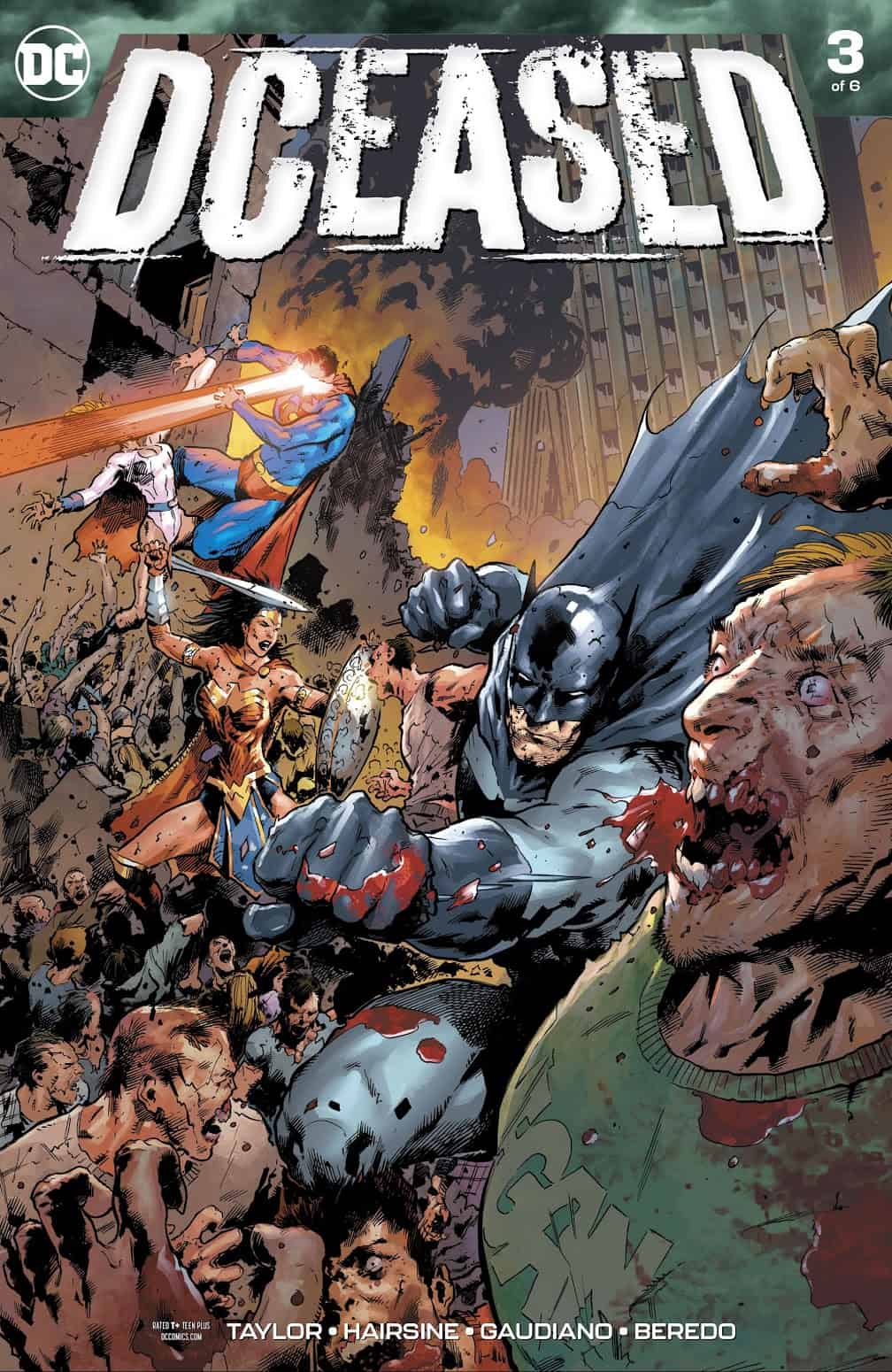 Heroes, villains and gods have fallen. Cities have collapsed. The virus threatens to reach below the waves and even to the island of Themyscira. The race to save planet Earth is on! The surviving members of the Justice League have learned the secret to the spread of the virus, but is it already too late to stop it?

Tom Taylor has done a great job so far keeping this series full of action and emotion without either overwhelming the story. This series masterfully depicts a version of the DC universe in the grips of utter chaos, where nearly no one is safe from the destructive virus ravaging the world.

This issues seemed to have a strong focus on relationships (both familial and romantic). Beginning with Alfred briefly mourning not one, but three men which he had grown to love as his own sons before rushing off to do his part to help the world’s heroes grasp what small glimmer of survival remains before cutting to Harley Quinn being stalked by an infected Joker, as deranged and bloodthirsty as ever. This chapter paints a scenario of true futility as only those with great power stand any chance of containing and stopping the infected. But is power and will enough when faced with monsters who were once you’re most beloved friends and family members? 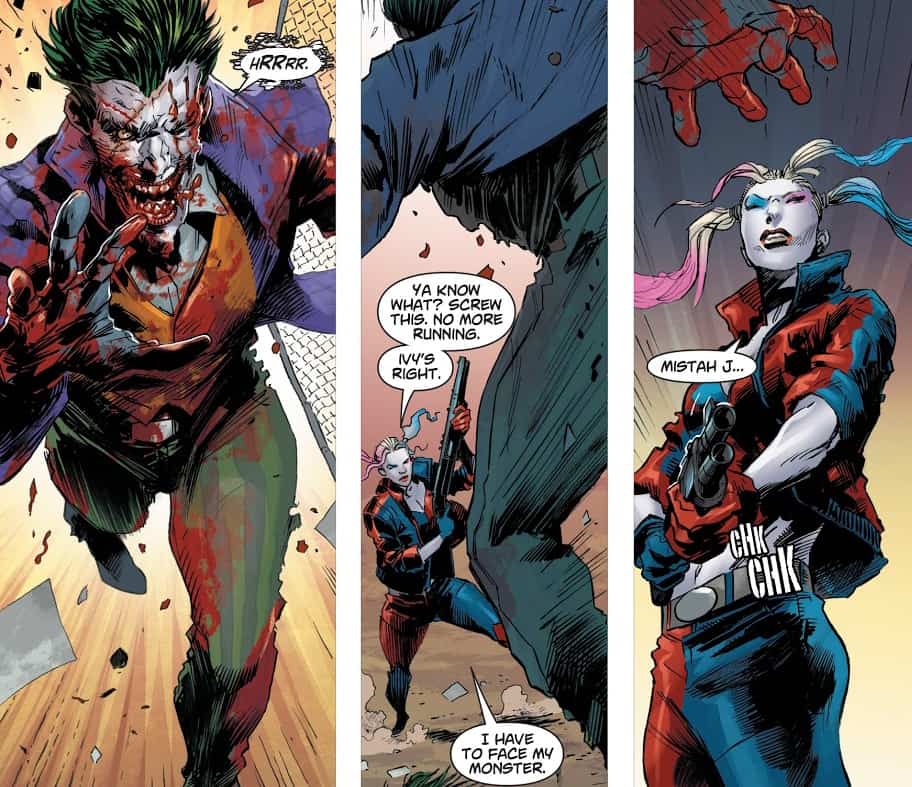 While I was initially unsure about the art for this series, it has really grown on me and even started to impress me since the first issue. Haorsine’s pencils accompanied by Gaudiano’s inks give a real grittiness to the book while not being too dark for the more emotionally charged moments. Add to that Beredo’s colors and the emotions become all the more real and the gore all the more gruesome. 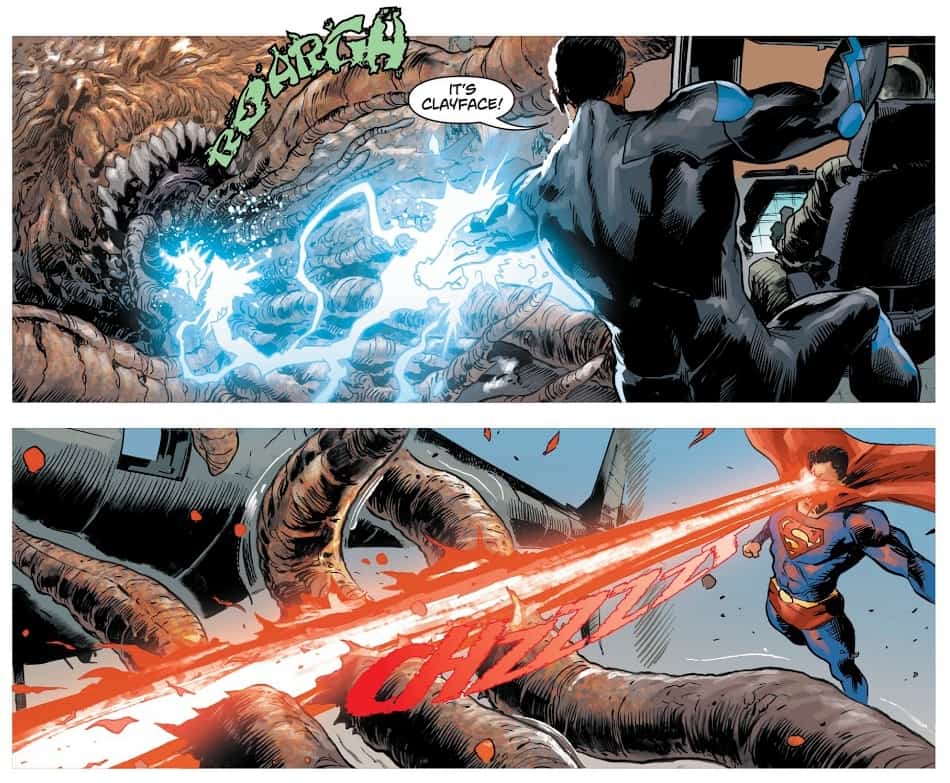 This book has gotten more exciting and emotional with each issue and it’s slightly concerning to think where it goes from here. The heroes still have hope but it seems equally likely that we may be witnessing the end of this version of the DC Universe. At only halfway thru the series, it’s been made abundantly that anyone is possible and no one is safe. 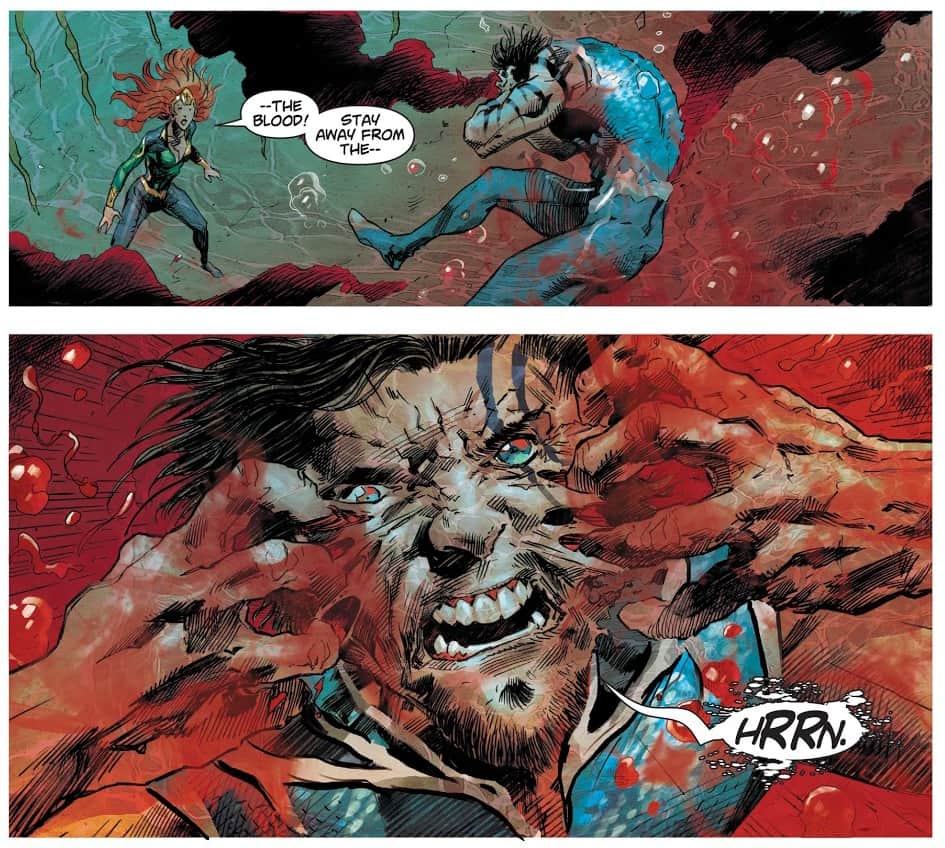 A pulse-pounding issue filled with emotional drama and horrific action where anything can happen.