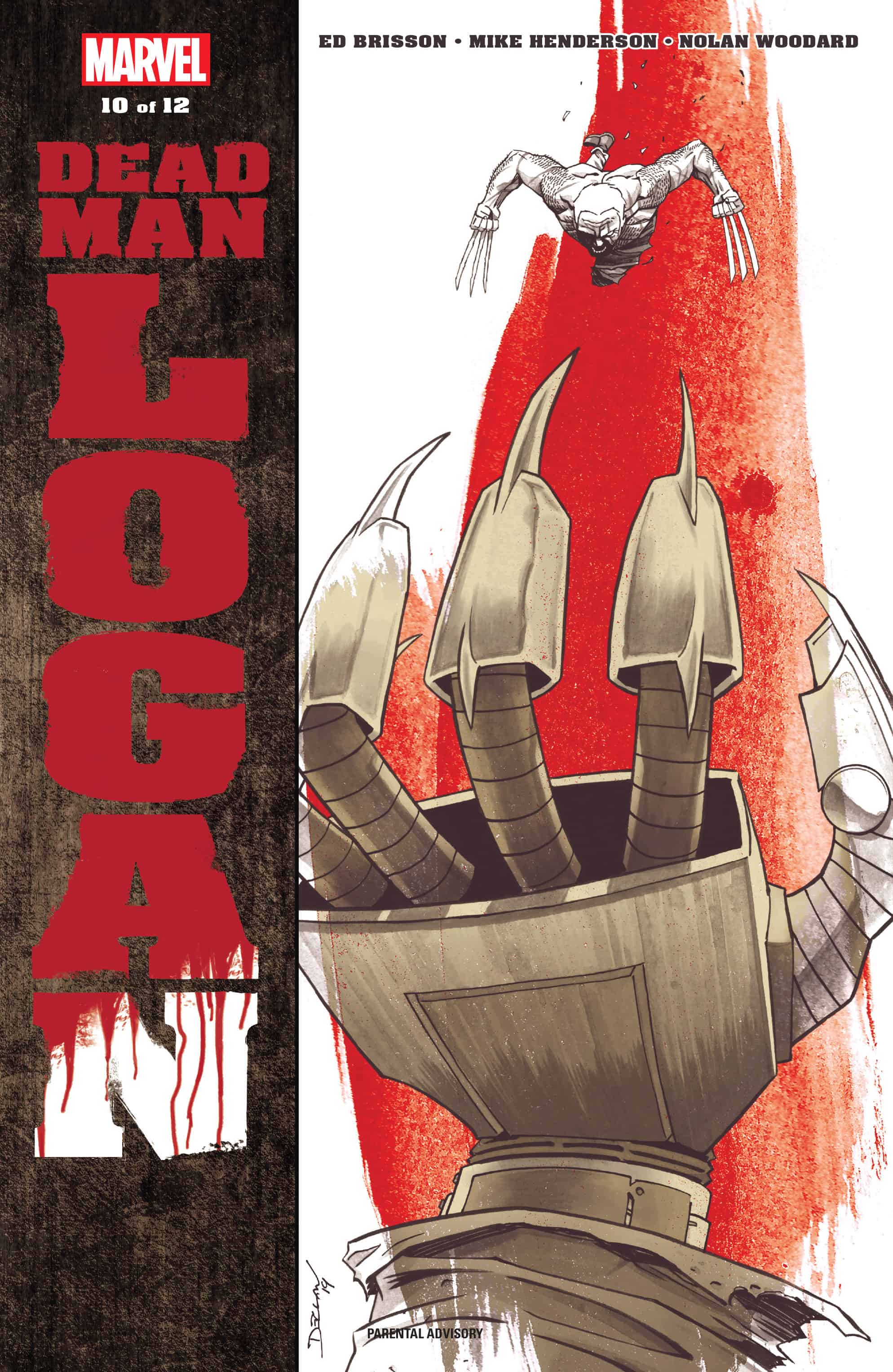 An army of Sabretooth clones bears down on Forge's South Dakota compound and it's up to the ragtag gang of survivors to fight them off. But while it is usually safe to assume that Victor would show up to hunt Logan, this turns out to be false as the clone army proceeds instead to kidnap Bruce Jr. It's up to Logan and Dani Cage to rescue Bruce Jr. and prevent him from being used to re-establish the status quo in the "Old Man"-verse! 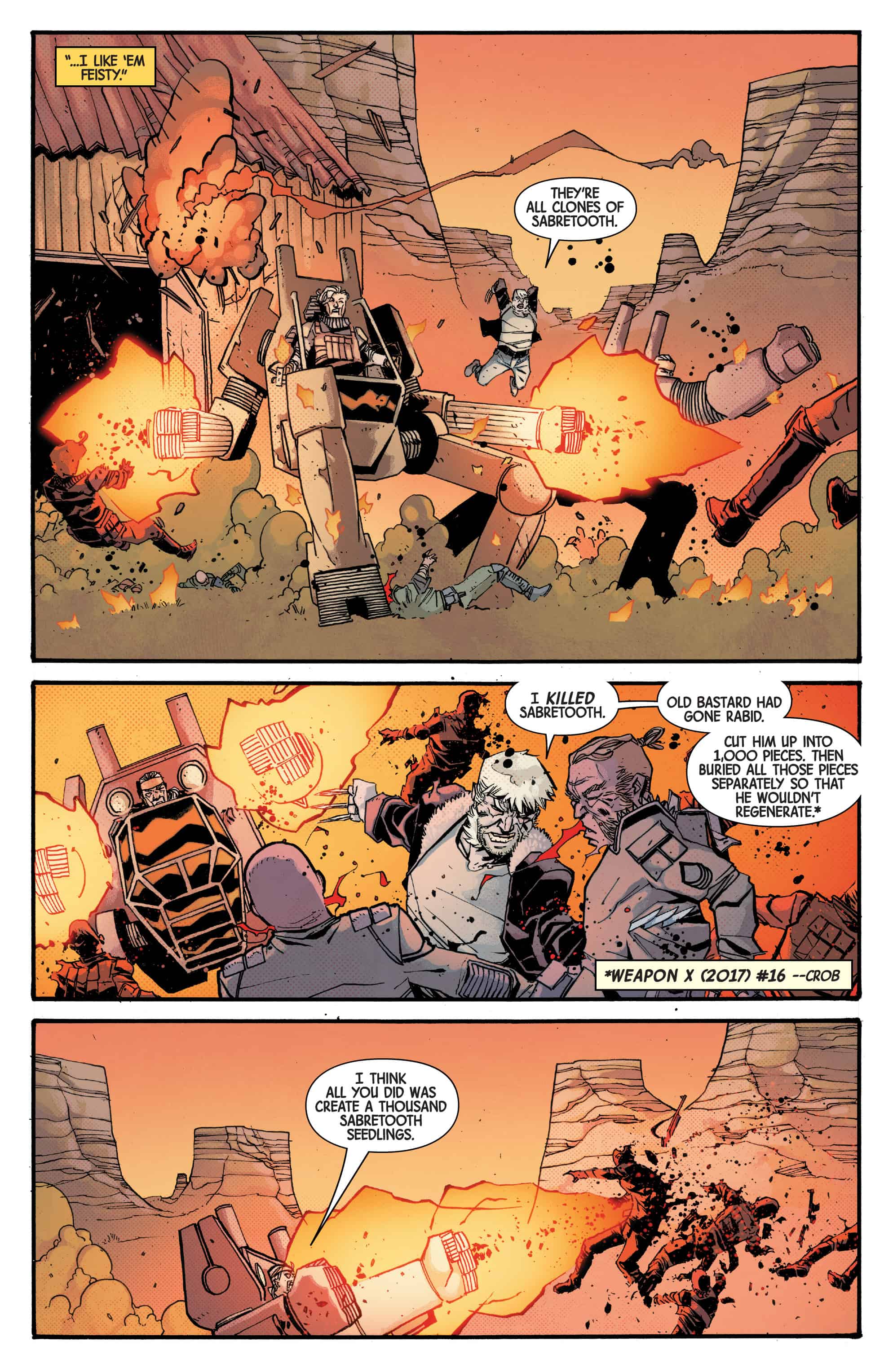 This series continues to exceed expectations. Just when you think you’ve gotten comfortable in thinking you may know what direction the story is headed, it takes a sharp left at Albuquerque! Brisson has been masterfully crafting this epic for years and now as it gets nearer and nearer to the end, the only certain thing is that Logan will die. I’m beginning to doubt even that.

The trail of destruction through the Wastelands hits an all-time high in this issue as we see Old Man Speedball called into action against insurmountable odds at the South Dakota compound. Robbie’s sacrifice, which also claims the lives of Forge and his lover Elinore, is the emotional heart of this issue and hearkens back to the character’s time as Penance. 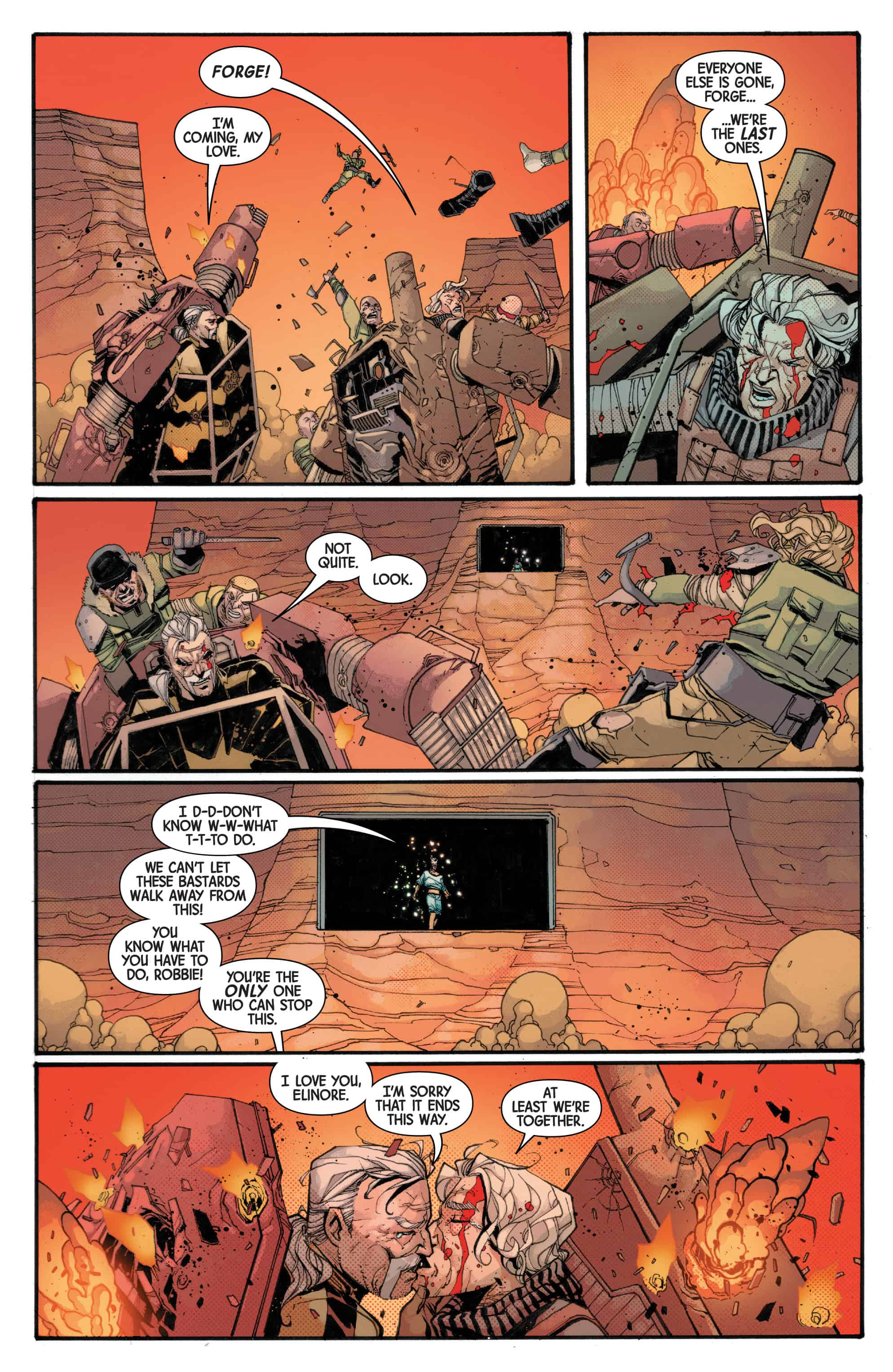 Not enough attention is paid to the masterful lettering work of Travis Lanham. I’ve spoken on this at length in my Friendly Neighborhood Spider-Man reviews but his ability to use sound effects to carry the narrative borders on fully brilliant. The same can be said for Nolan Woodard’s color work (coincidentally, also a member of the FNSM team). These two unsung heroes help to round out what has been the best Wolverine story in years. 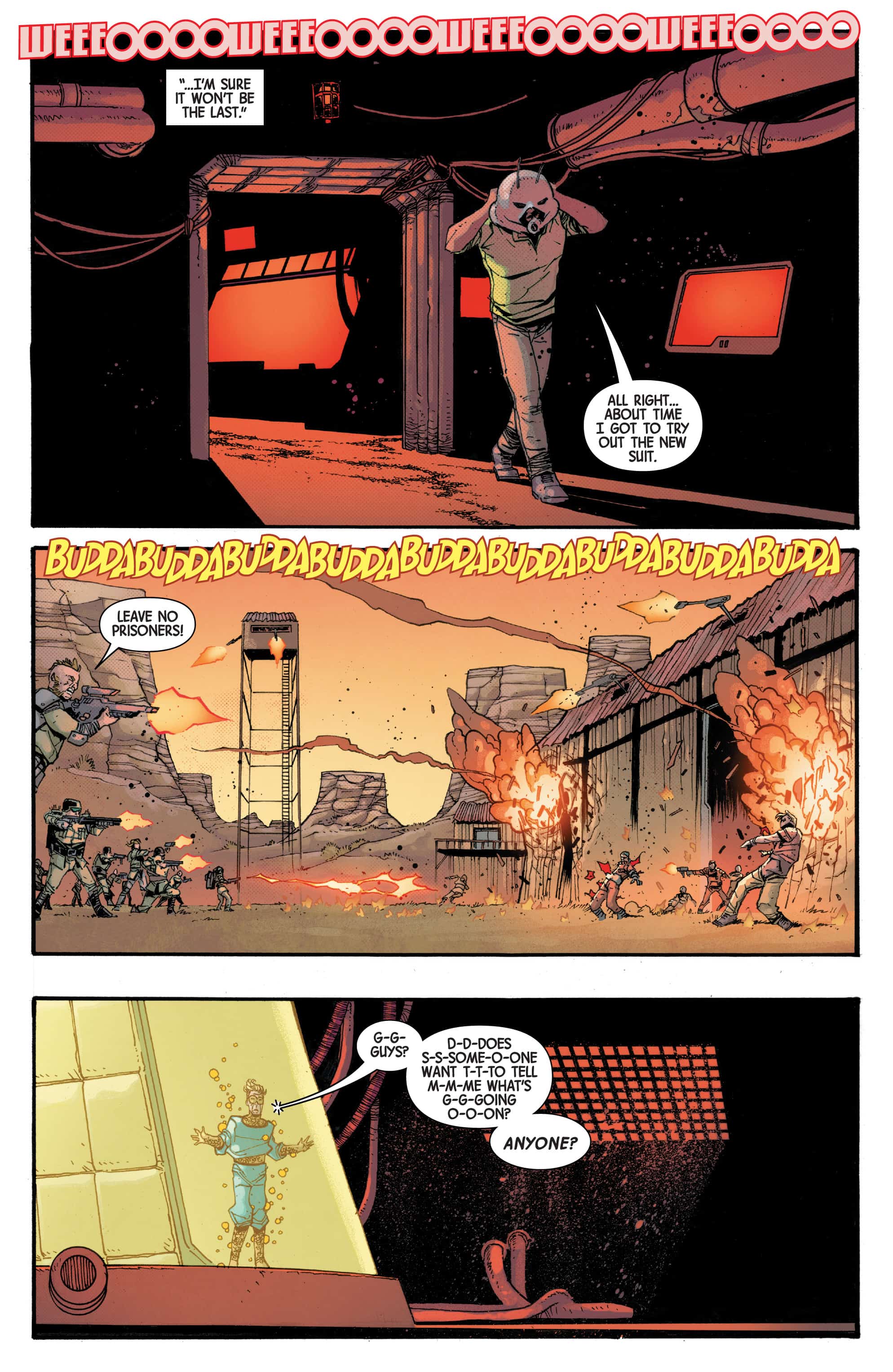 Henderson continues to put out solid work that has a counter-intuitive emotional punch. His more cartoonish style actually manages to temper the somber overtones in the writing in a way that I find highly unusual. It would seem more likely that it would detract from the tone but instead, because of Brisson’s ability to write humor into darkness, it works amazingly well in concert with the writing.

Dead Man Logan #10 (Ed Brisson, Mike Henderson) continues to deliver an emotionally-driven and well-crafted story that just might be the best Wolverine story in a decade.