Dead Man Logan #11: If They Be Worthy 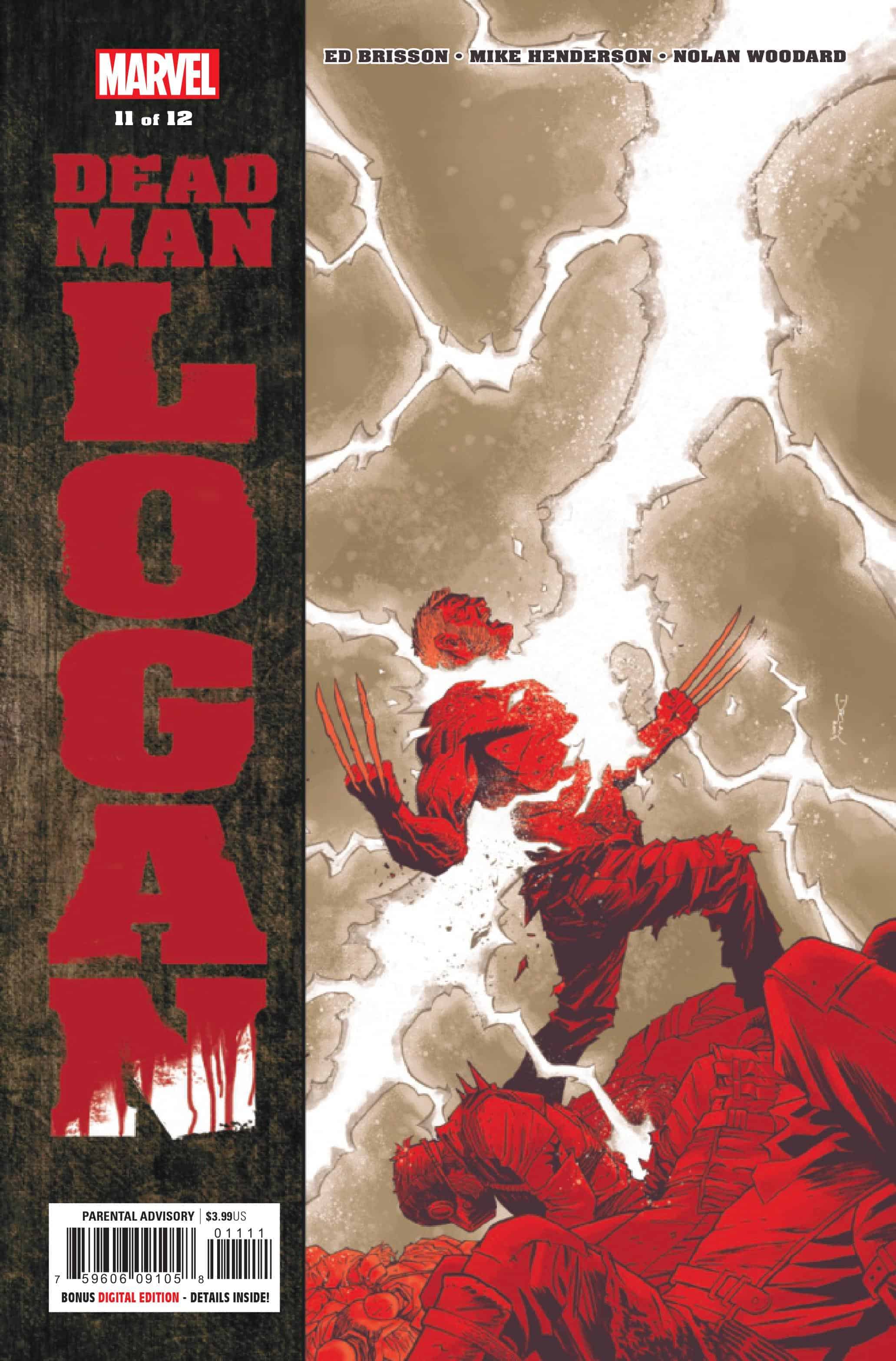 Dani and Logan track down the Weapon X headquarters to rescue Bruce Jr. but they find themselves horrifically outnumbered and outgunned. Still, that's never stopped Logan before and it won't this time, even when the big bad boss of the Weapon X Program is revealed to be none other than Mr. Sinister! 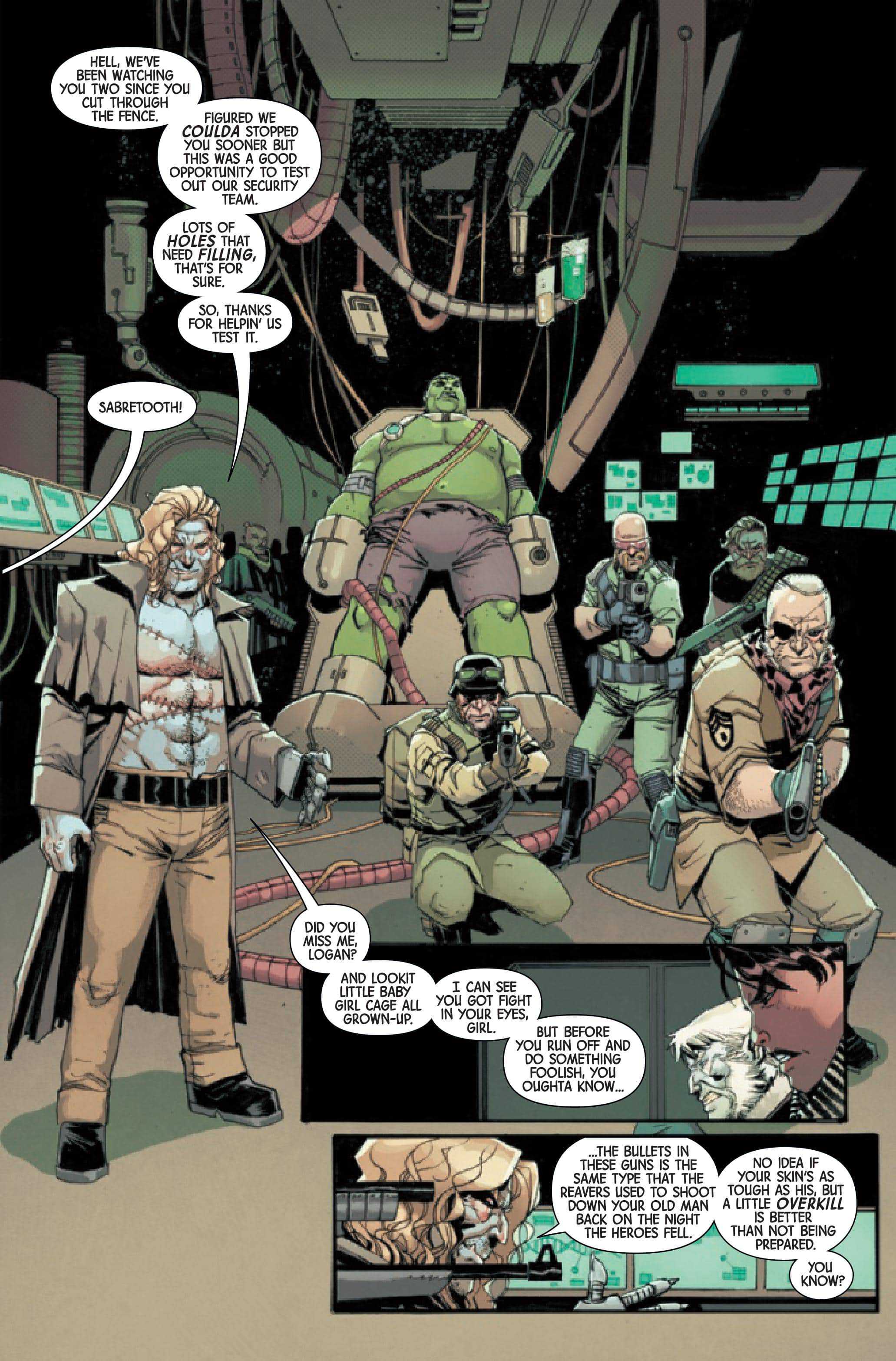 As we inch ever closer to the end of the line for Old Man Logan, more Old Man cameos continue to pile up. For the first time in what has been a truly excellent series, the Sinister cameo just didn’t quite seem to work. The motivations for the character are sound and although his dialogue reads slightly rougher than I tend to imagine for such a refined character, it matches his oddly decrepit body. I’m not sure how or why, canonically, Sinister would have aged to the degree he seemingly has here which had the unfortunate effect of taking me out of the narrative and into my head for all I know about Sinister. 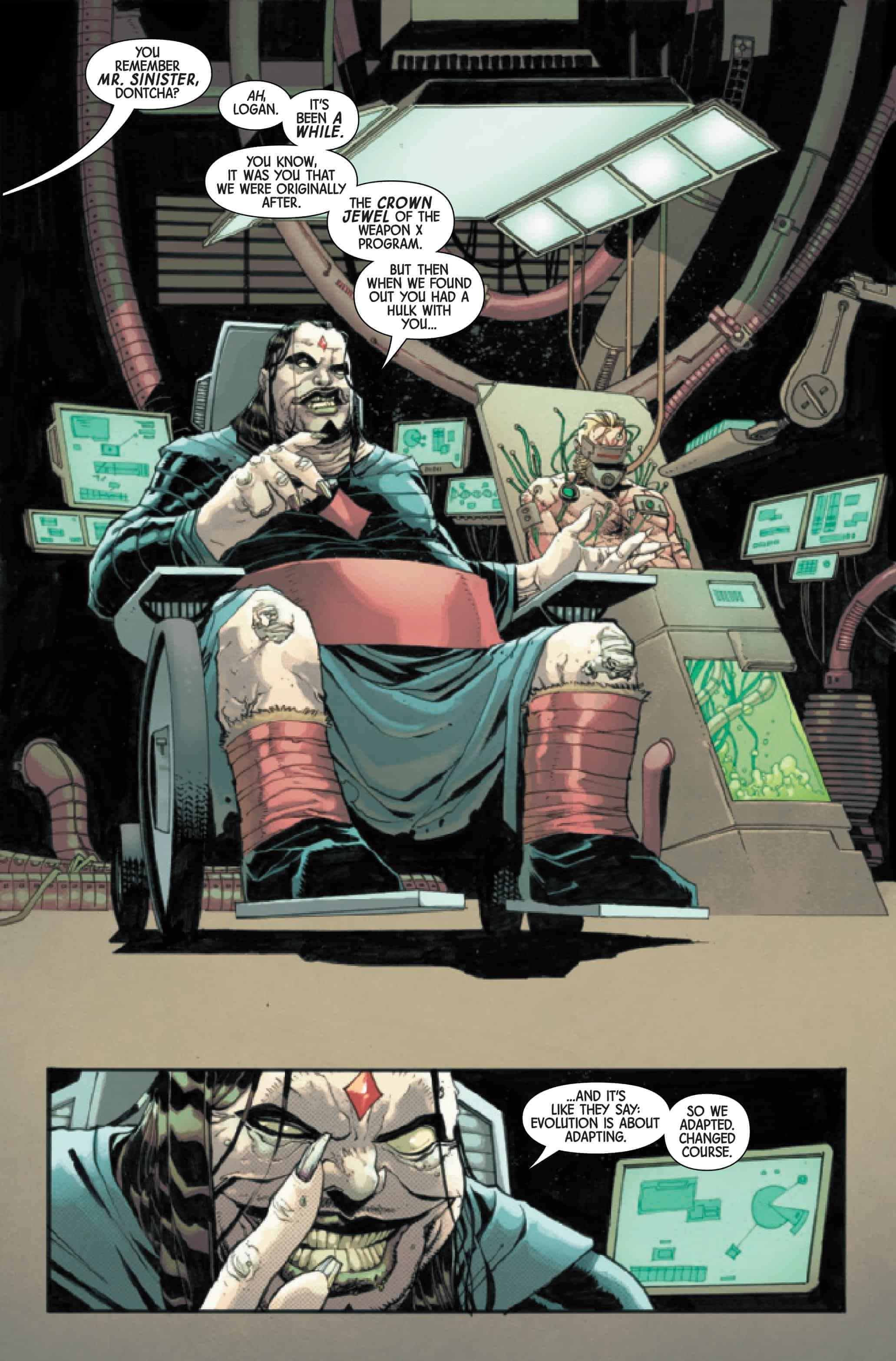 Setting this ultimately minor plot point aside, however, Dead Man Logan continues to be one of the best Wolverine stories I’ve read in a long time. For a year-long event, the pacing has been immaculate, never leaving the reader wondering when it will all end but instead pushing the reader forward, ever deeper into this twisted, despair-ridden future. The cape-fetishism in Hammer Falls feels like a dystopian comic convention complete with the stained “Cyclops was” shirt. But the namesake of the town really steals the show at the end (I’ll save that for you to discover yourself).

After several issues of mostly teasing, we also finally get some meaningful interaction between Logan and Creed in this issue and that relationship hits on all cylinders as Creed once again finds himself being used by greater men than he. 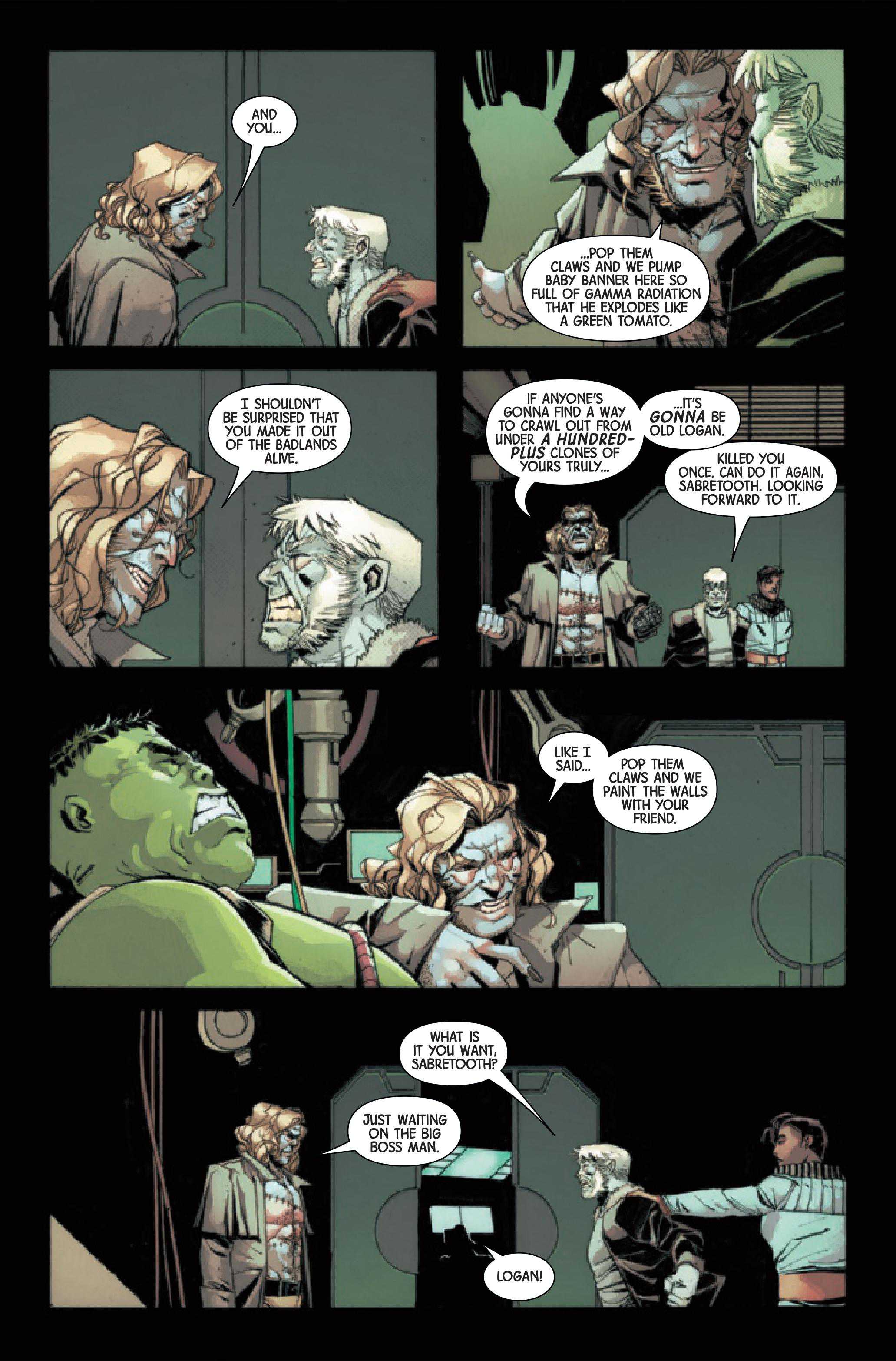 The end is nigh as Logan and Dani run into some familiar faces on their raid of Weapon X in the well-crafted Dead Man Logan #11 (Brisson, Henderson, Woodard, Petit).

Dead Man Logan #11: If They Be Worthy