Dead Man Logan #4: Is He Going to Be All Right? 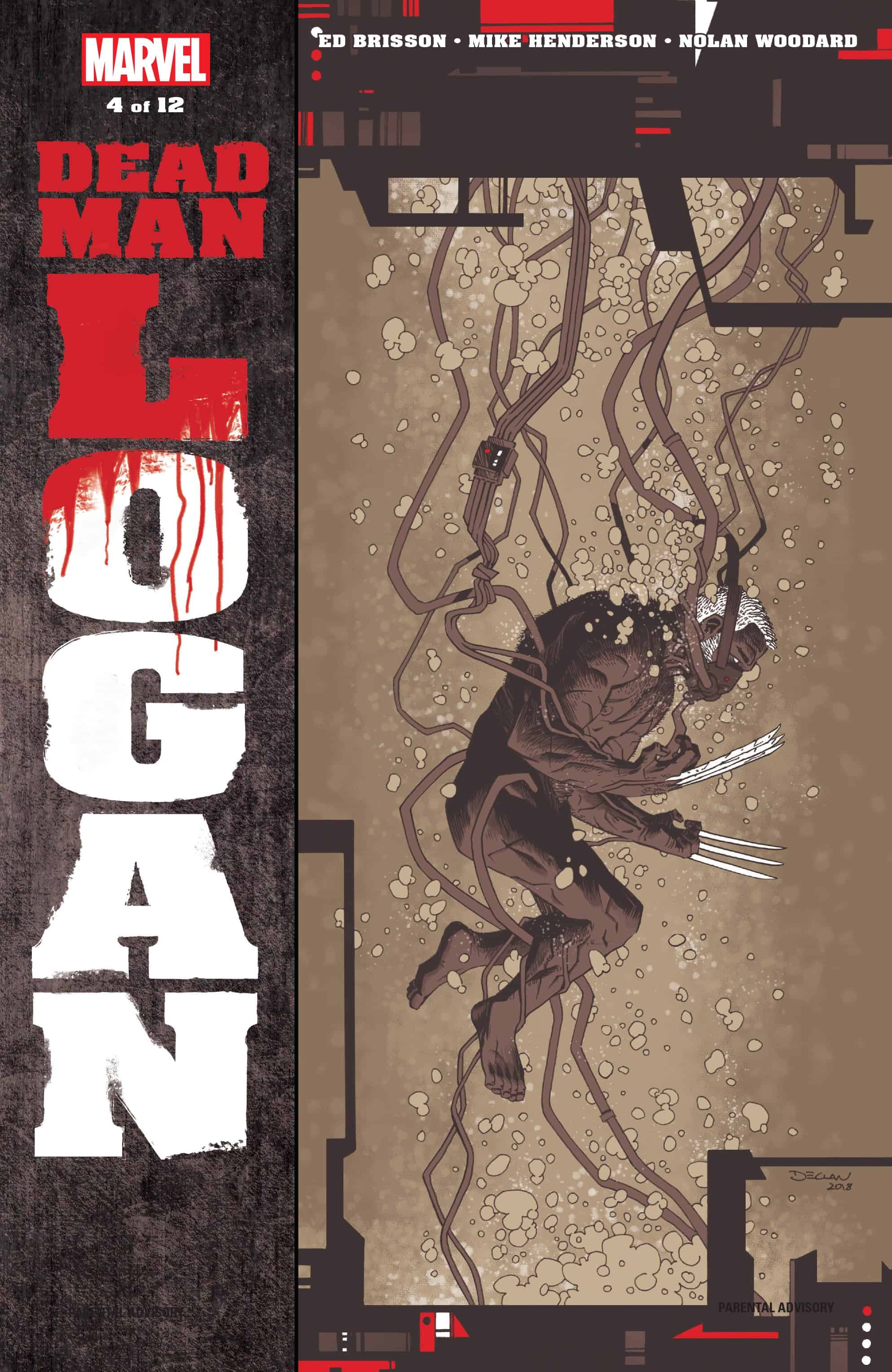 While Logan recovers from his fight with the Avengers, Mysterio seeks out Hawkeye in an attempt to switch sides and help Old Man Logan take down Mysterio's former handlers. 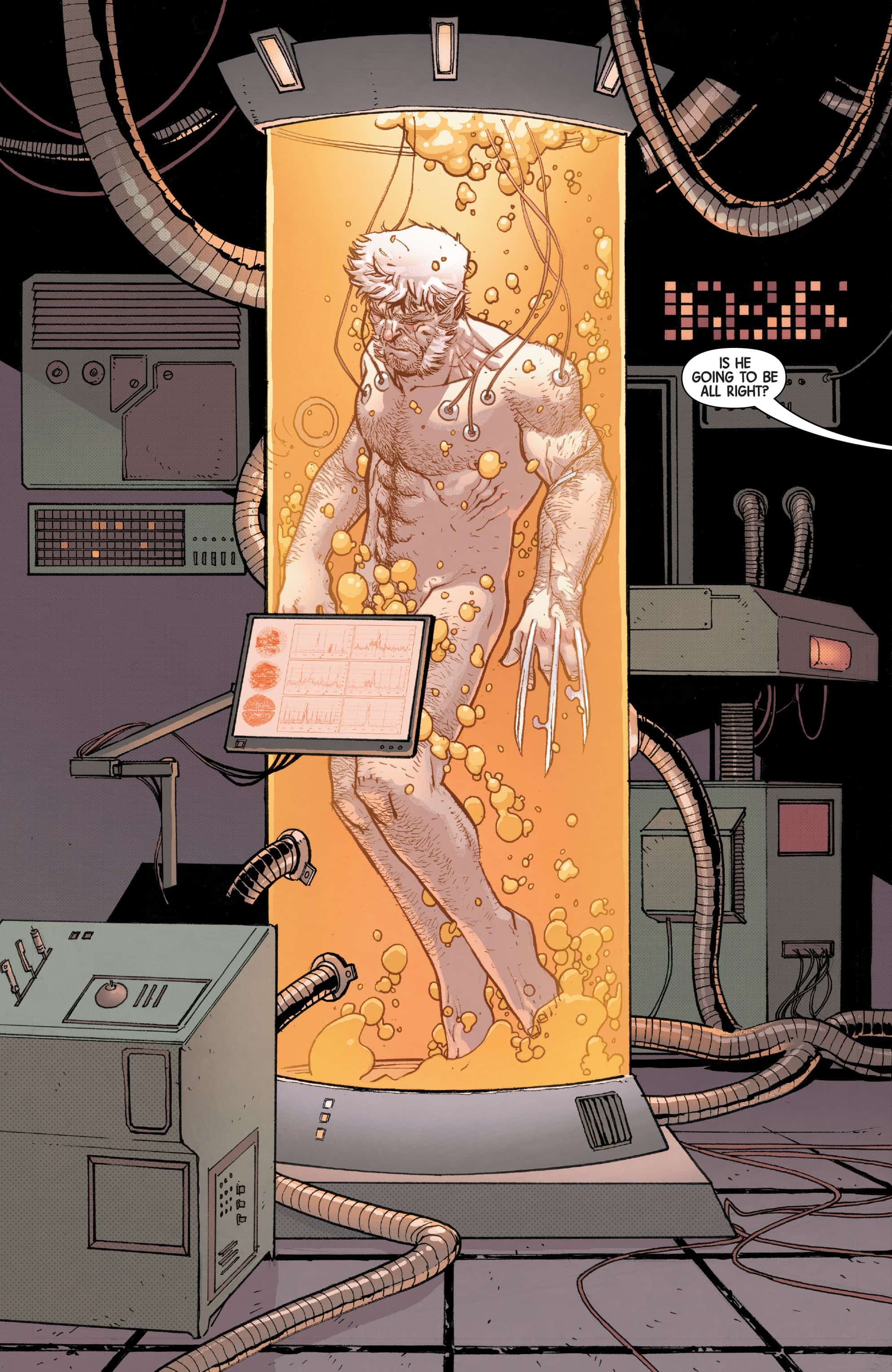 This was an issue in which not very much happened but what did occur was excellently executed on all fronts. Brisson is a master of balancing the macabre with the playful. Logan is dying and he is dying faster than ever yet Brisson manages to insert humor even in the darkest of tales (unlike some former ‘Death of Wolverine’ stories). 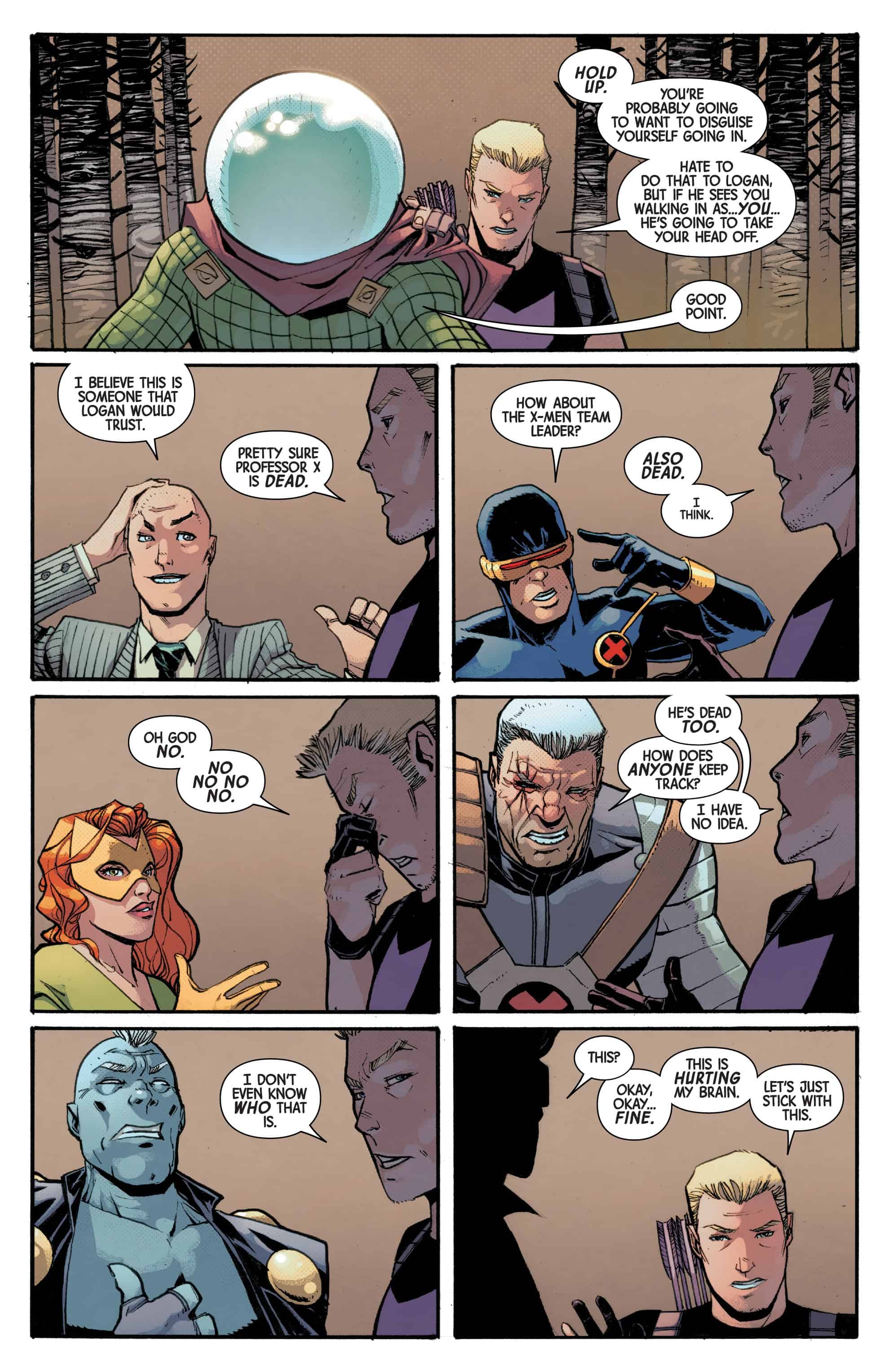 It’s early to say for certain but I suspect that the slowness of this particular issue is linked to the overall narrative structure of the series. This particular issues reads as a transition between Act I and Act II, or the transition from Mysterio being the objective to Neo-Hydra becoming the objective. Presumably the final Act would take place in the Wastelands in this structure, which somewhat forgives the lack of development here.

Dead Man Logan is the best written X-Book on the stands at the moment and that's saying something in an era of X-Resurgence.

Dead Man Logan #4: Is He Going to Be All Right?