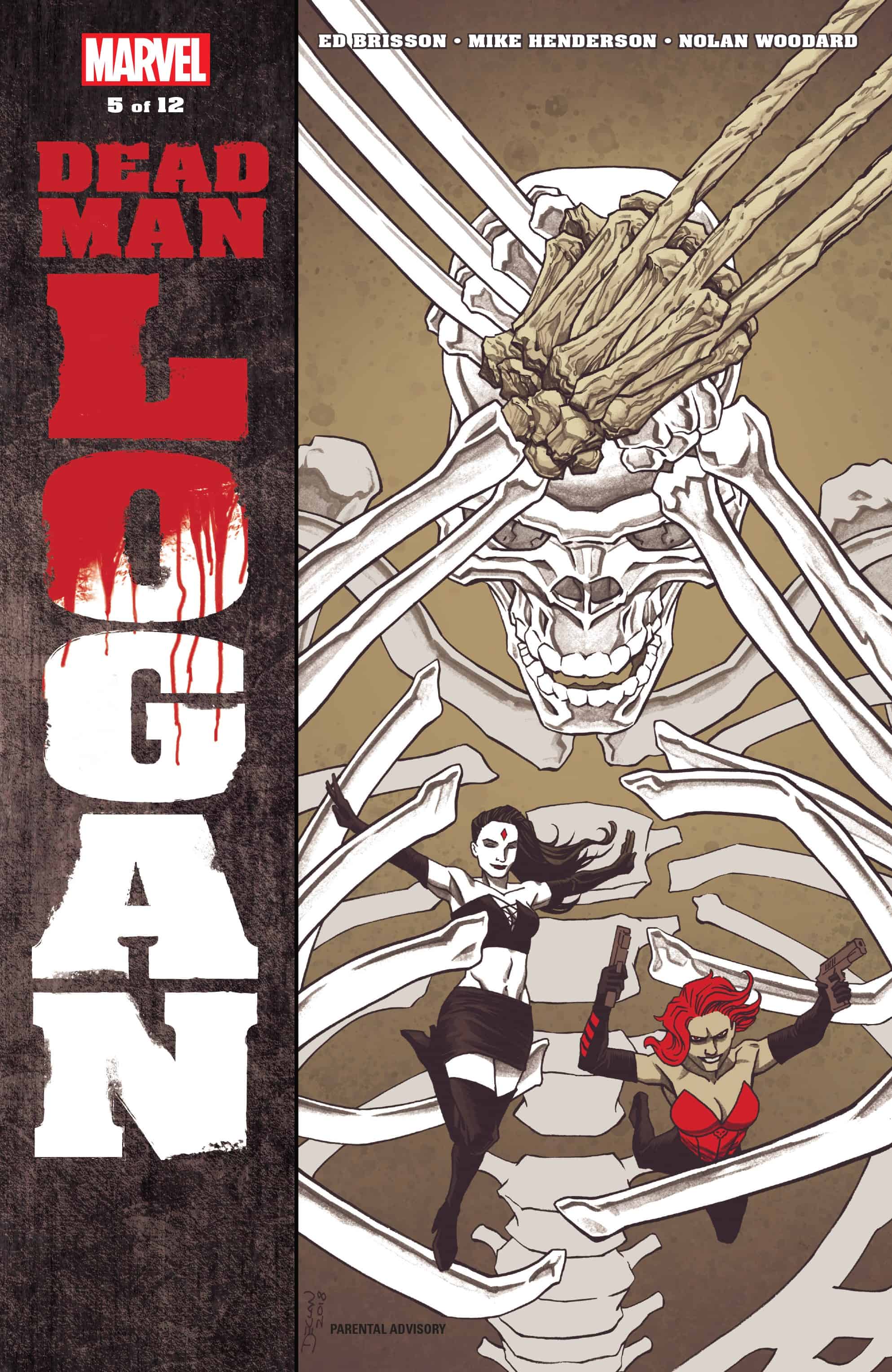 The X-Men stage a raid on Neo-Hydra, led by Old Man Logan, but things get complicated when Mysterio flees back to his former handlers who are struggling with their own bickering. 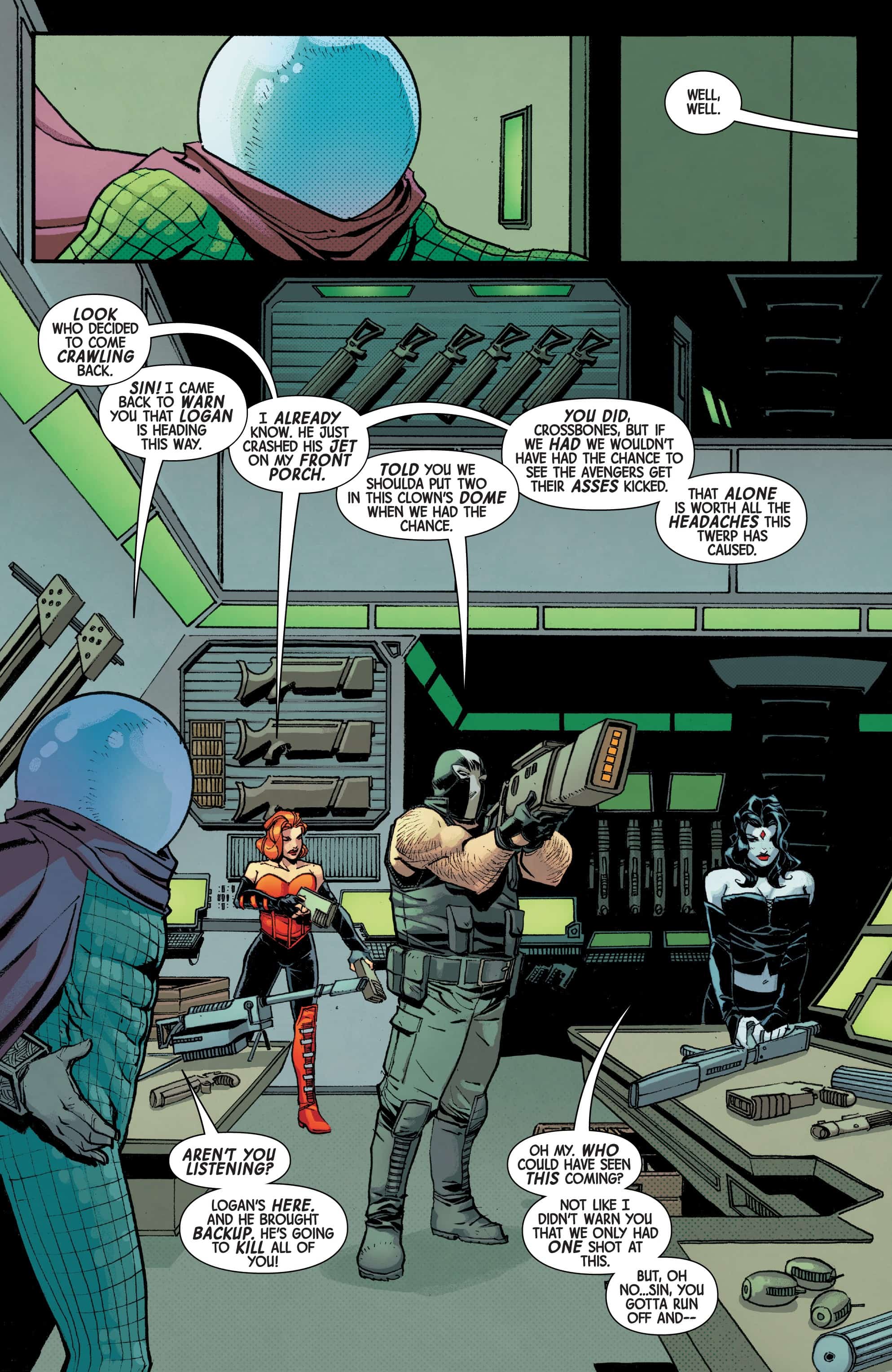 Of course, "a house divided against itself cannot stand", so the conflict of the baddies leads to their downfall, with Sinister, Sinn, and Crossbones captured and Mysterio "killed" by Logan. With sufficient resolution (for now), Forge asks Logan if he's ready to return to the Wastelands, but first, Logan has some people to say goodbye to. 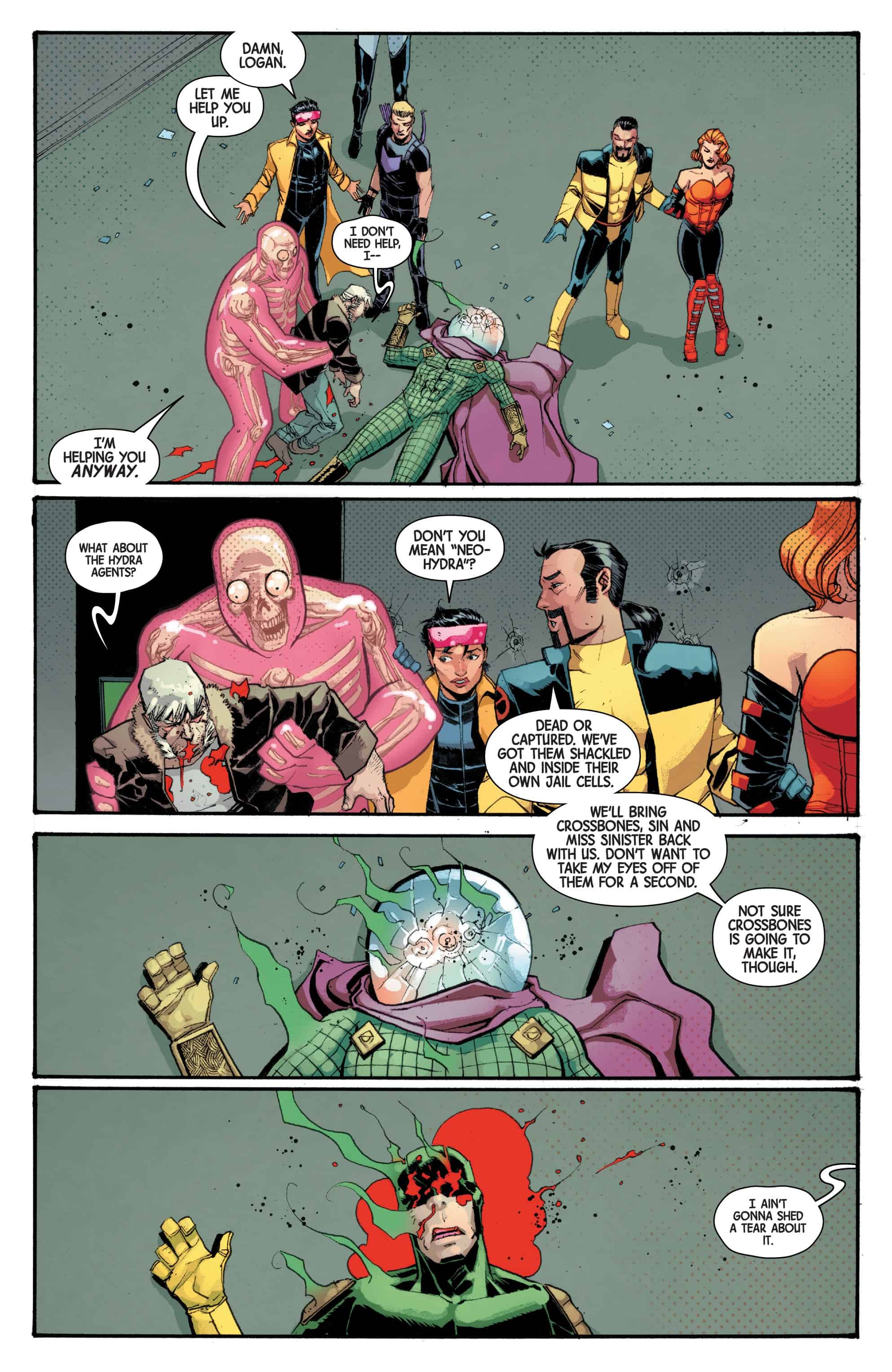 The progression through tying up loose ends continues in this issue, albeit in a way that promises to come back around. Brisson’s creativity and superb grasp of pacing and voice ensures that this series, which could have felt gratuitous and needless, remains relevant and fresh with each chapter. Mysterio’s non-death has the feel of a plot thread that could end here but could also easily return, a nice touch. And while this series remains action driven with dashes of pitch-perfect comedic moments, it still manages to maintain a sense of gravitas as we watch the character of Old Man Logan slowly dying before our eyes. 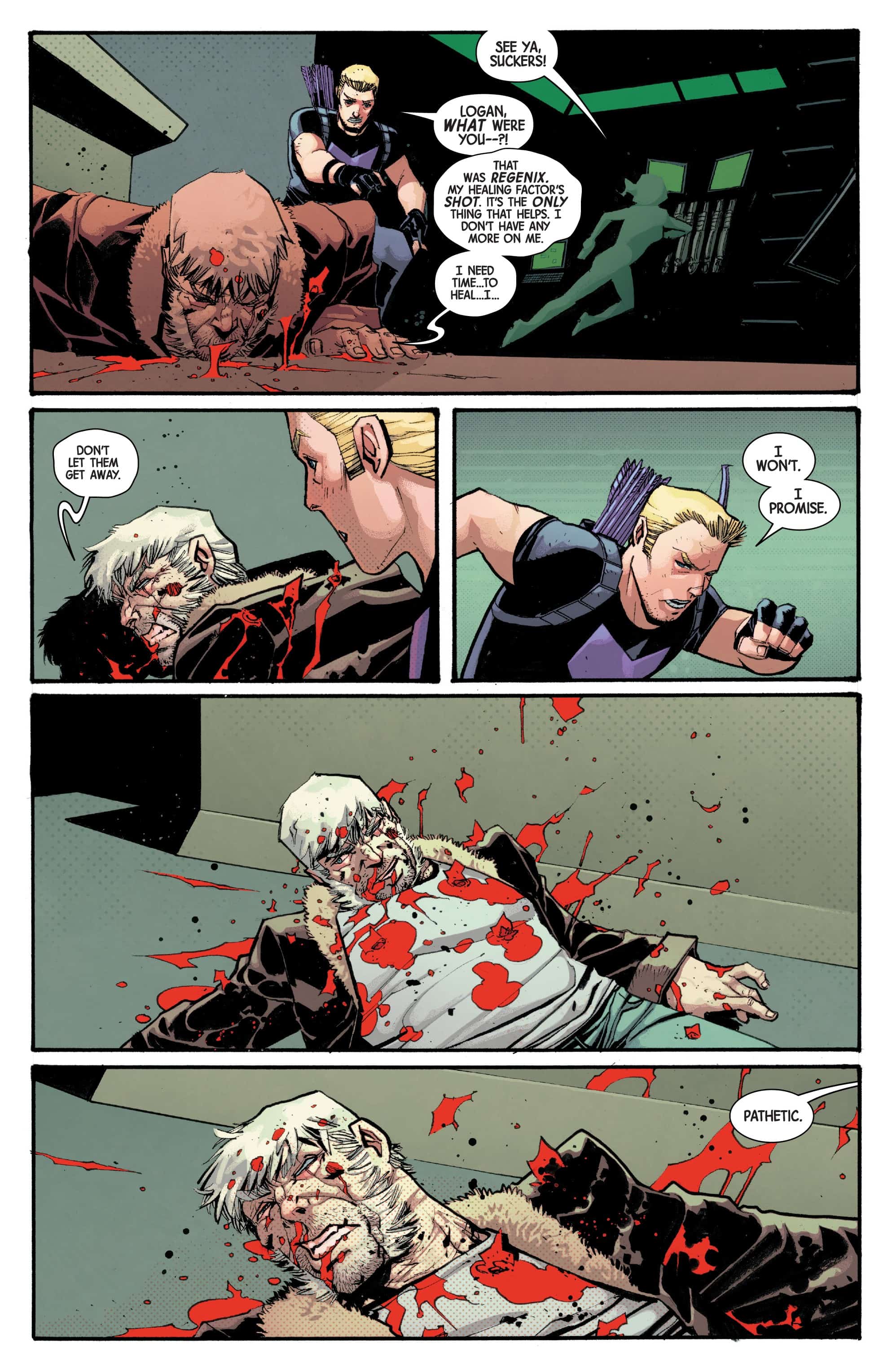 The art and color work continue to be an unlikely yet perfect fit for the narrative progression. The bloodwork in this issue was particularly striking, almost in a Tarantino sort of way, enhancing the notion that this series is not about gentle goodbyes and deathbeds, but violent death for violent characters.

Dead Man Logan continues to be a shockingly well-constructed farewell to a character beloved by many and hated by equal numbers.