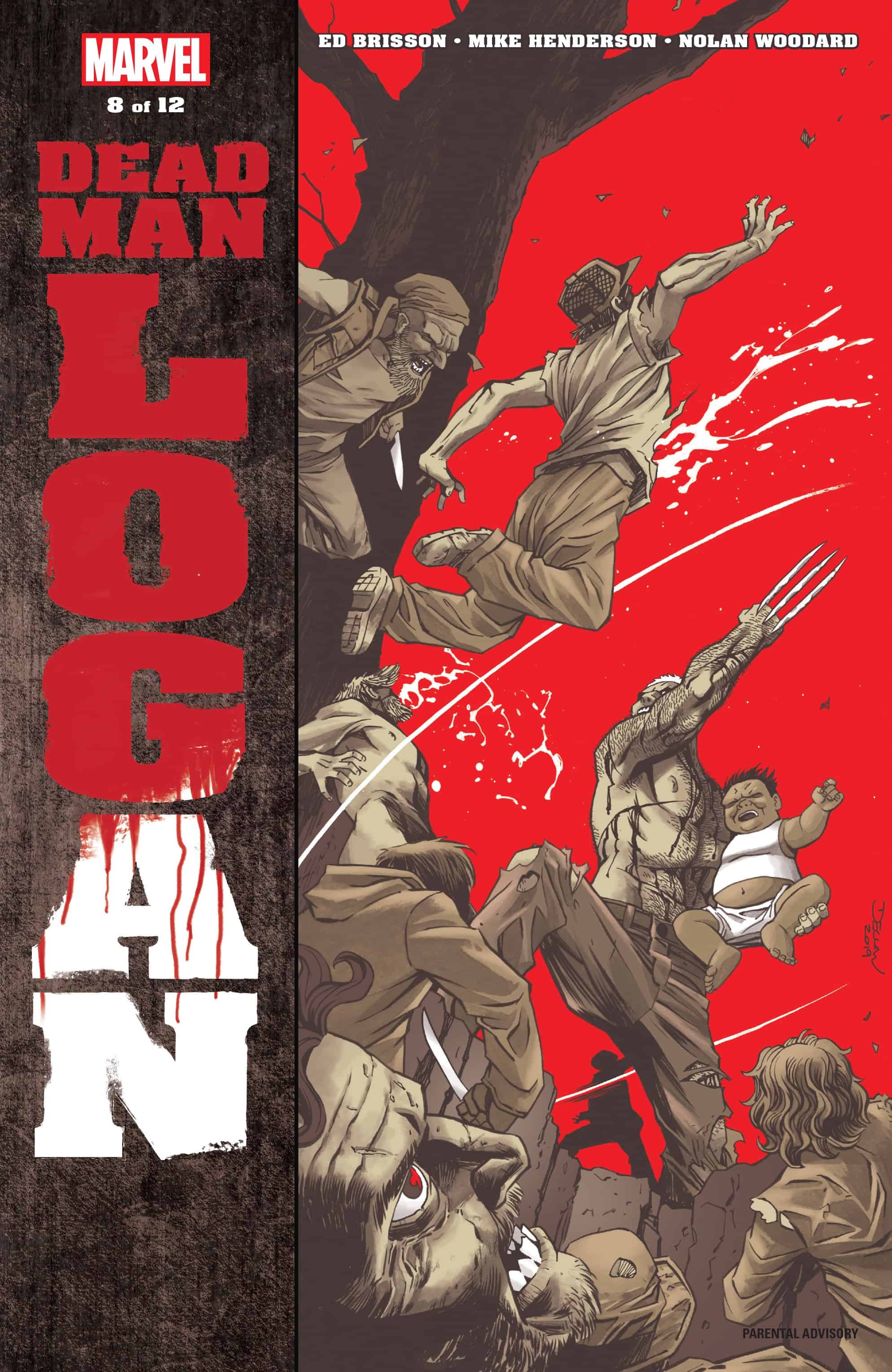 Logan, Dani Cage, and Bruce Banner Jr. play catch up on the road until Bruce Jr. wanders off to the library for some light reading. 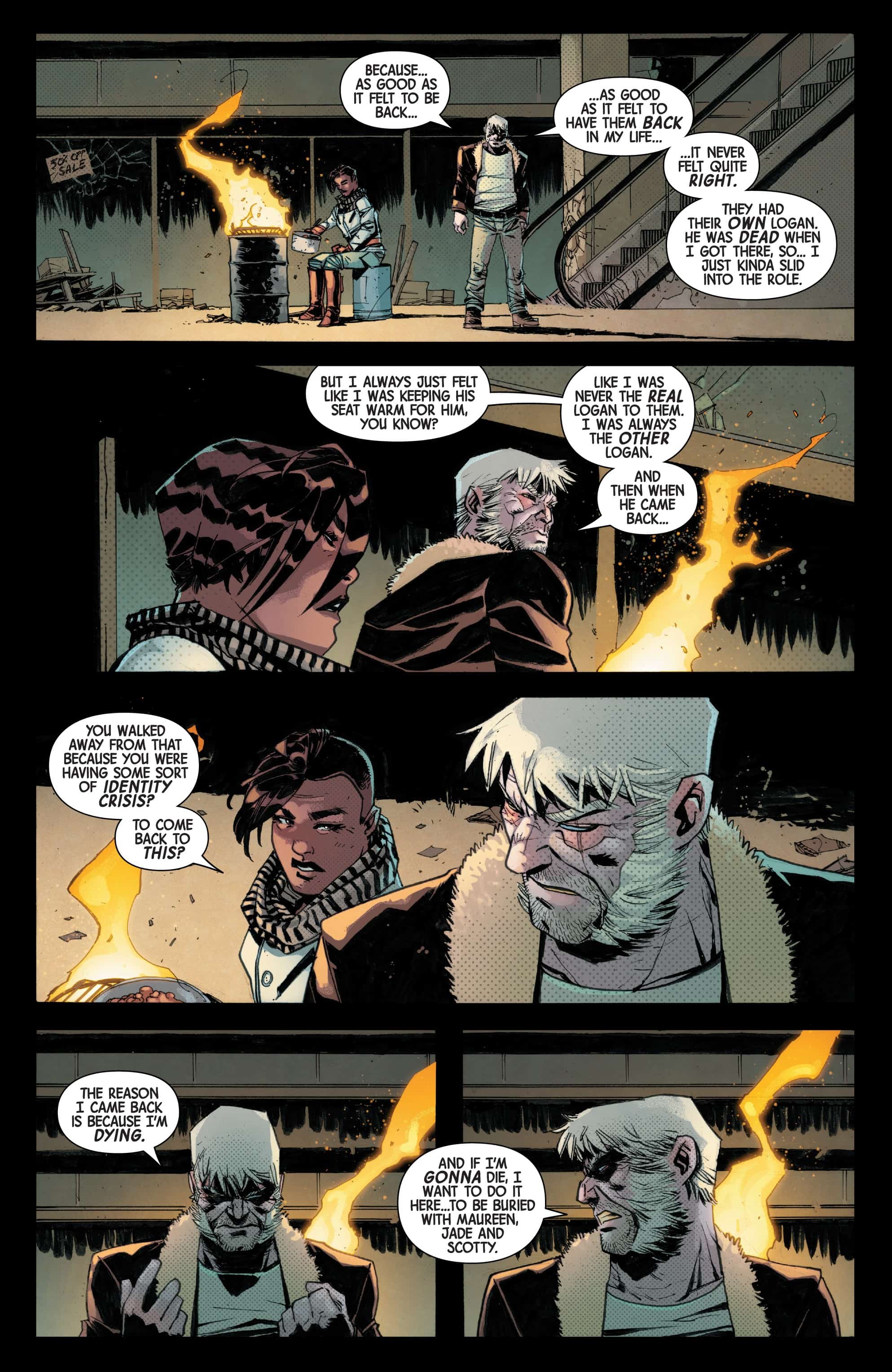 At the library, Bruce is ambushed by a cult of "peaceful" monks intent on ensuring that nobody can mold Bruce into anything like his father became by killing him. They unleash The Hulk Killer and Logan attempts to take it down in his weakened state, only to have his lungs ripped out! 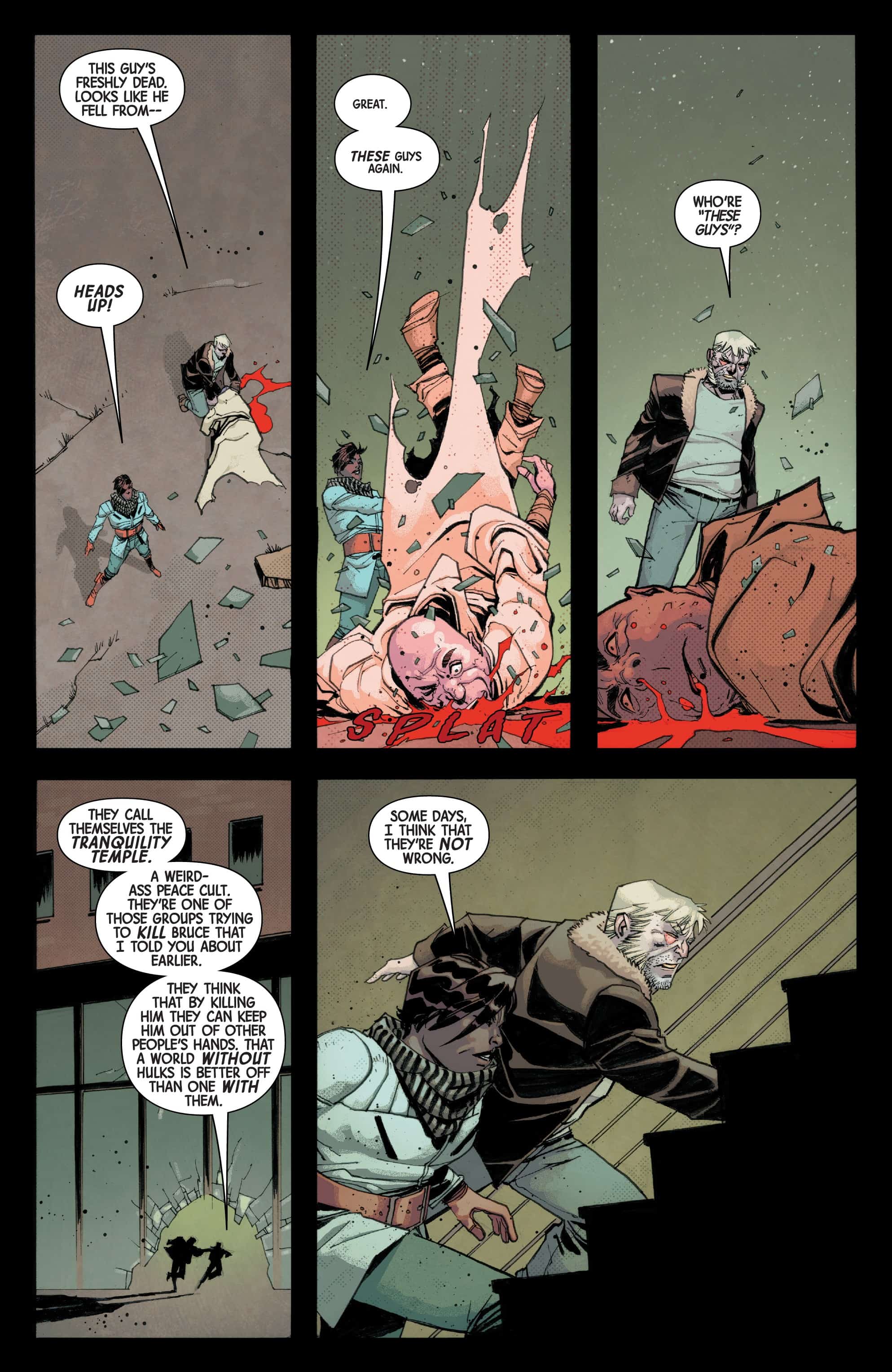 Meanwhile, Sabretooth is hot on the trail of our heroes. Who is the mysterious boss Victor reports to and what damage could they do with a Hulk? 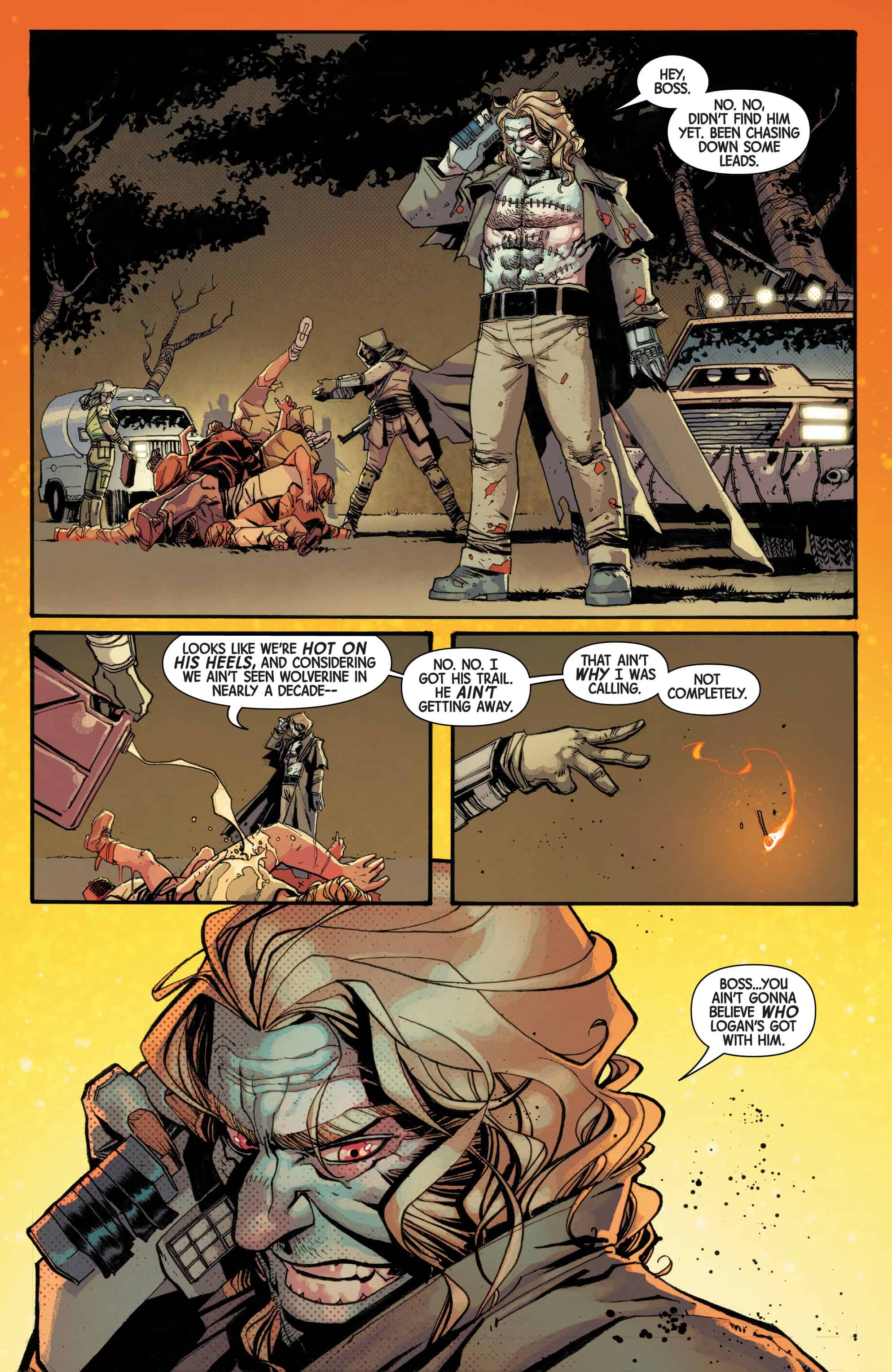 Brisson and Henderson continue the tour of the Wastelands with this newest issue but this time, there is a little time afforded to the ways the Wastelands have changed since the events of Millar’s original “Old Man Logan” story. Dani points to the power vacuum that would be the obvious side-effect of overthrowing the “powers that be” and takes time to get readers acquainted with this new world order. 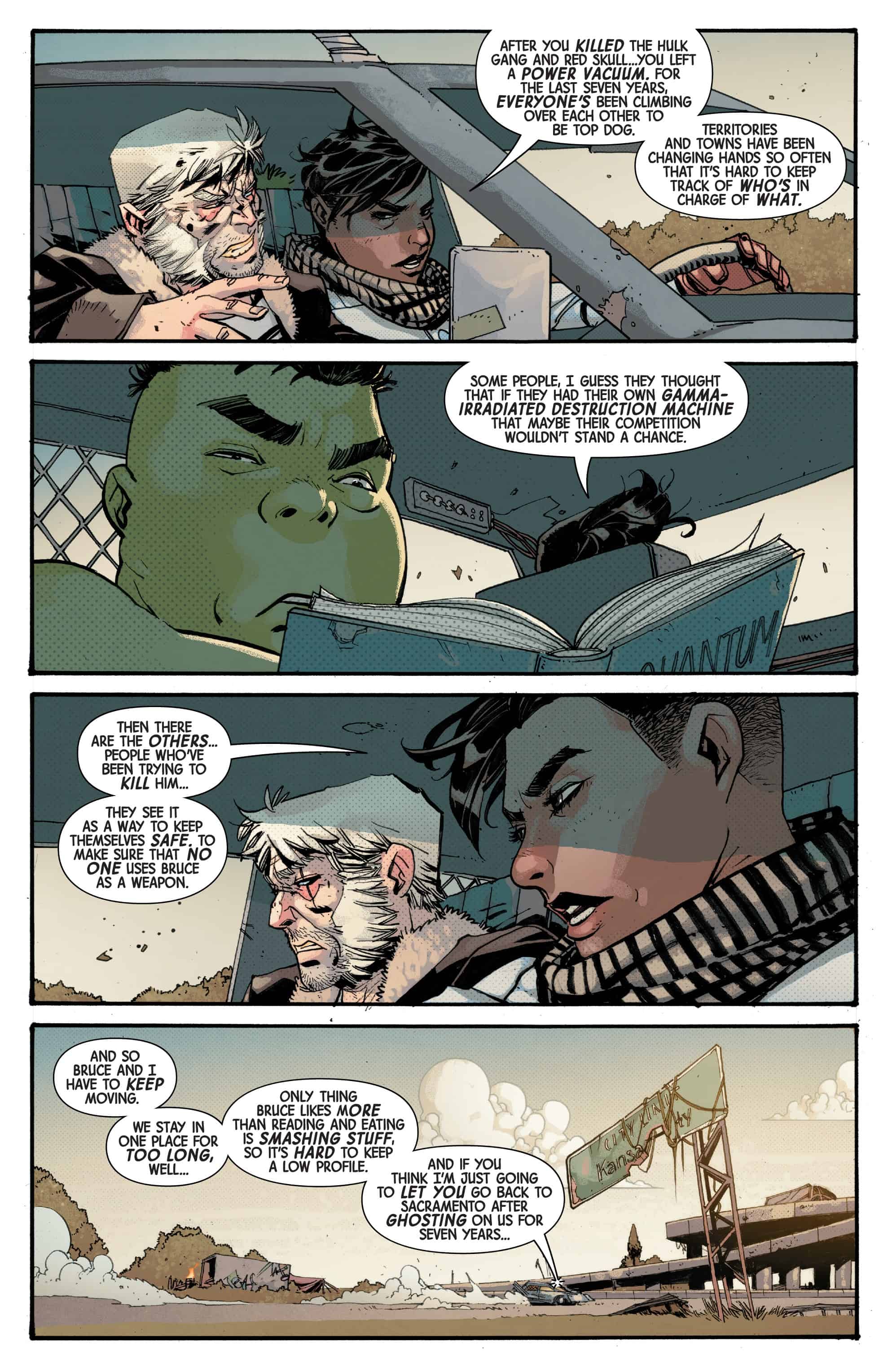 The strength of this series remains Brisson’s empathy– his ability to write a tired and vulnerable Logan that still feels appropriate for an action story. The character moments are each sharp and impactful while still in service to the overarching plot. If the argument against Old Man Logan for years has been that fans didn’t feel a bond with him, Brisson has made it his mission in life to make sure that you care about Logan in ways you never expected.

Old Man Logan #8 sees Logan exposed to a world of new threats that have sprung up in the Wastelands during his seven year absence.