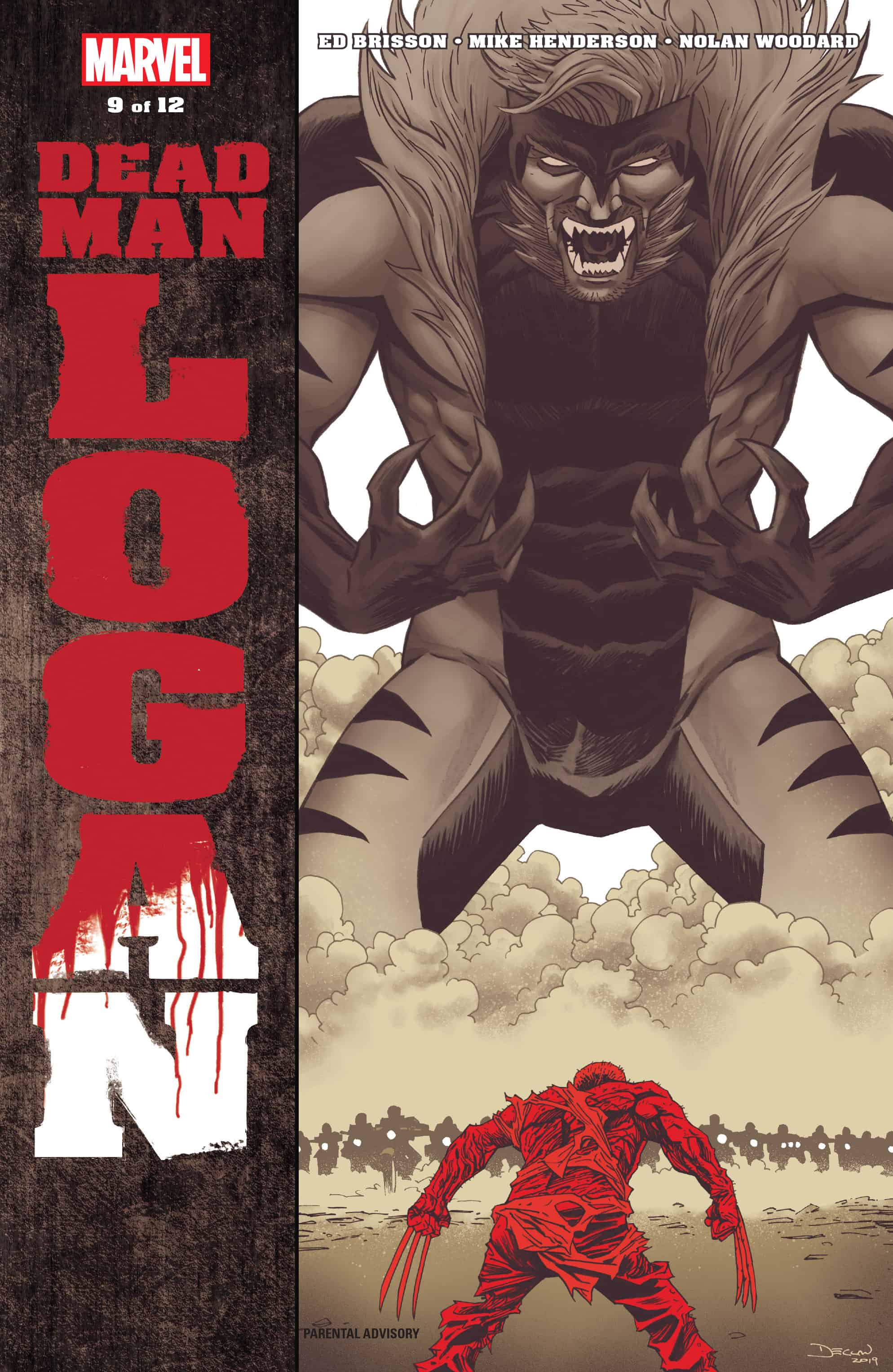 Logan manages to put down the Hulk Killer and free Bruce Jr. from the cult that is out to kill him but Bruce Jr. is badly wounded in the battle, prompting our trio to head north to visit some old friends in South Dakota. 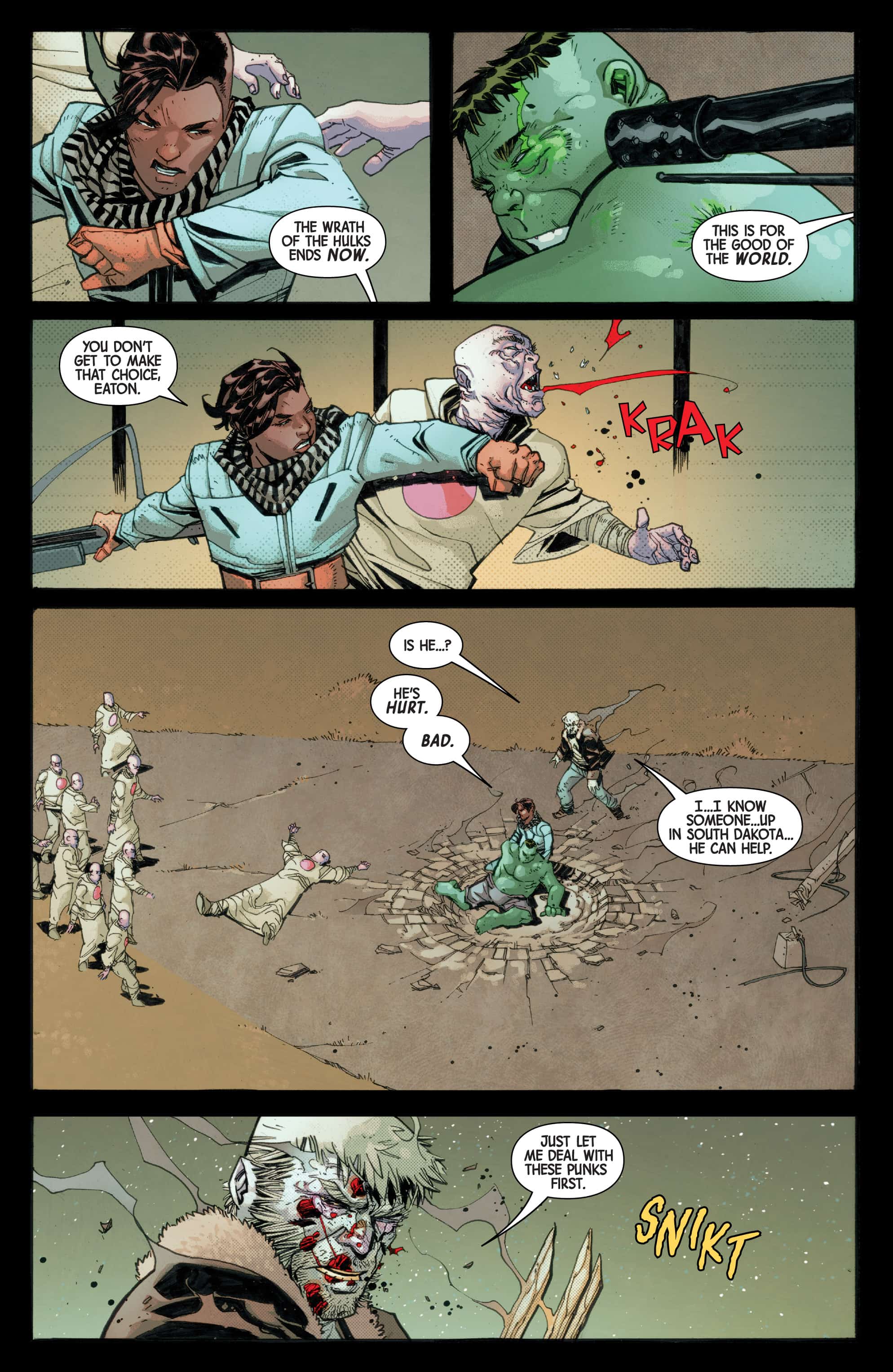 It doesn't take long for Logan and company to be ushered back to a secure facility where Old Man Forge has been holed up for the past 50 years. Here, Forge and his team quickly get to work patching up Bruce Jr. and playing catch-up with Logan, including letting Logan know that Forge knows what happened at the mansion all those years ago. 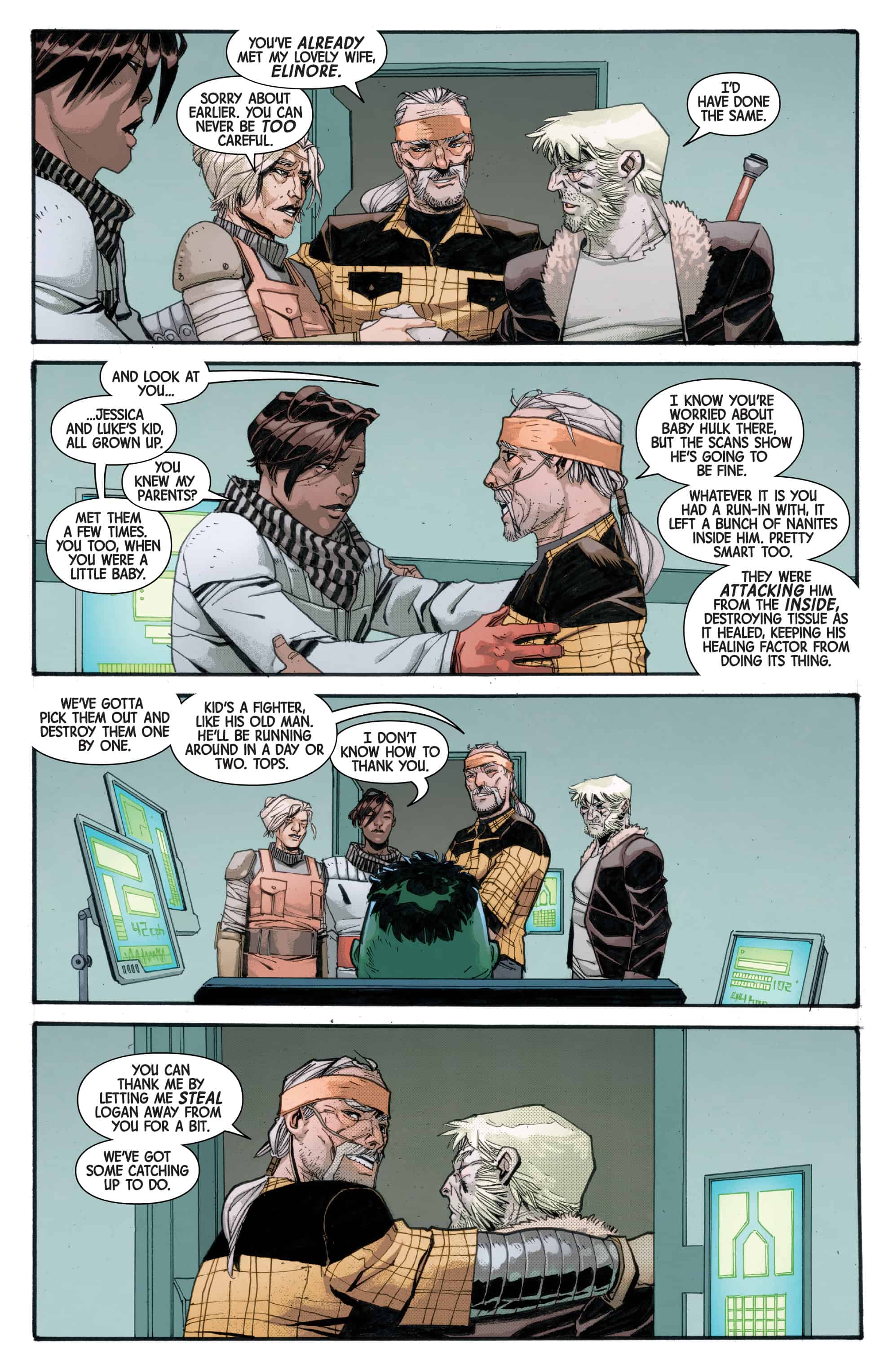 But just as Logan prepares to head out for Sacramento, leaving Dani and Bruce Jr. in Forge's care, his past literally catches up to him as Sabretooth arrives leading an army!

Is Logan ever going to make it to Sacramento? With only three issues left, we’ll know soon. Brisson and Henderson continue to surprise with this book, taking a year long project that nearly nobody wanted or asked for and turning it into one of the most consistently pleasing books on the stands. The pacing of this story is amazingly strong given the length and breadth of it, and even transitory issues such as this one move seamlessly from one arc to the next. The biggest question now will be what fate is store for Speedball as Sabretooth comes knocking? Brisson is too careful and thoughtful in his writing for this appearance to not be significantly impactful. 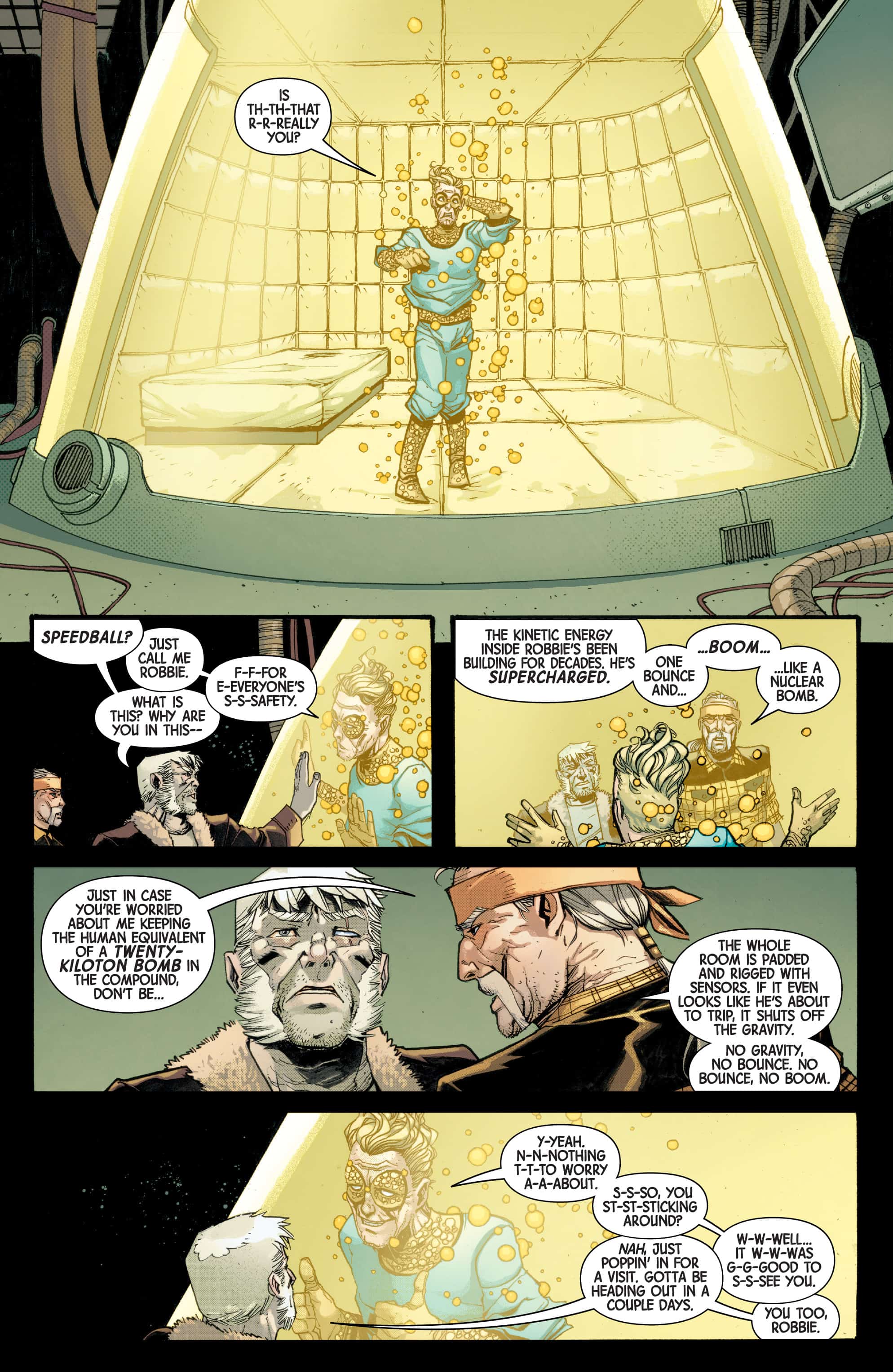 I've said it before and I'll say it again-- if you aren't reading Dead Man Logan, you're missing out on one hell of a book!