Deadpool #10: You Said We’re Going on a Duck Hunt 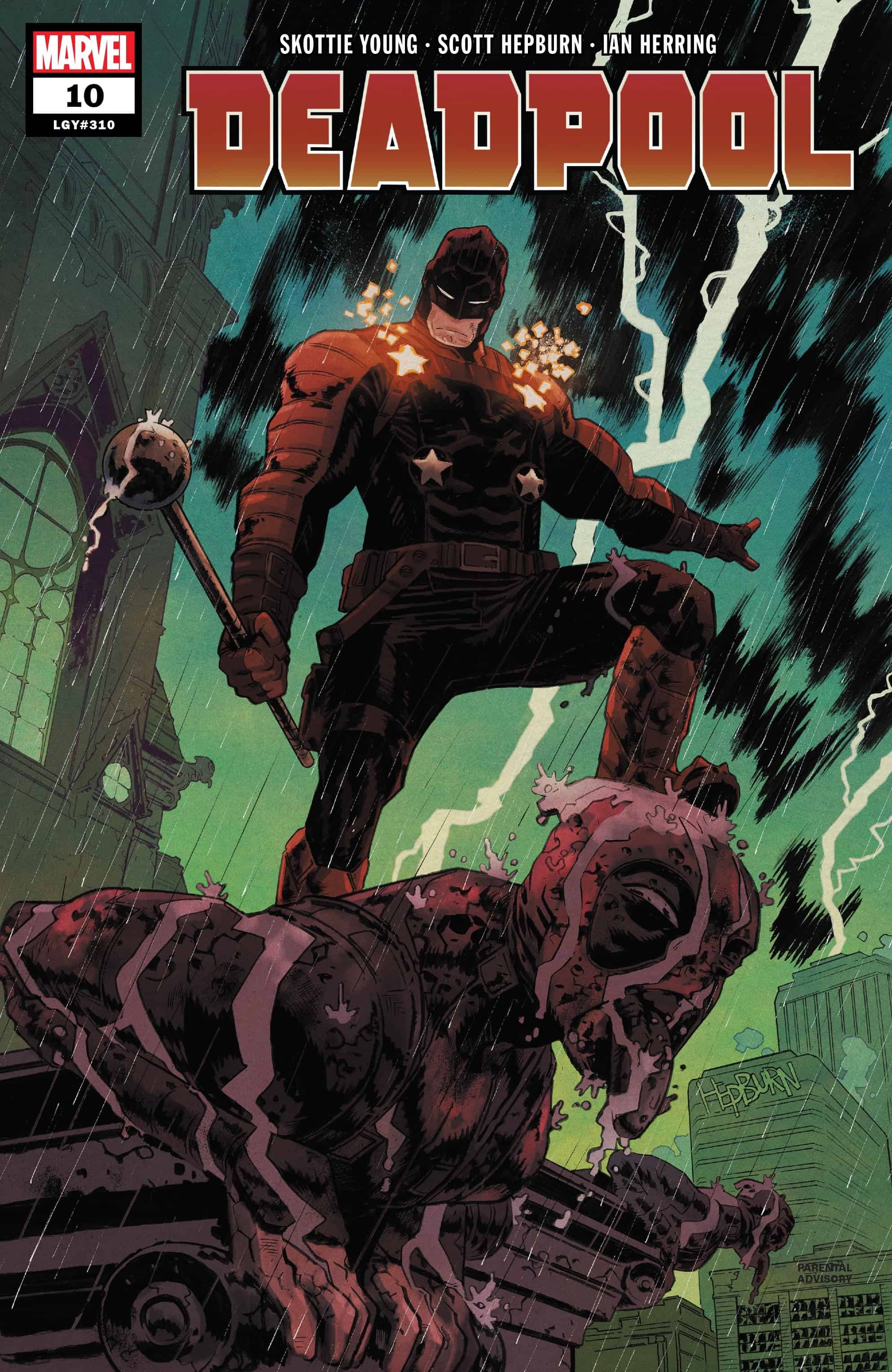 •  The deadly Good Night is taking care of Deadpool's merc jobs before he gets to them. Kinda like that story "The Elves and the Shoemaker," but a horrifying, violent nightmare!

•  Deadpool's got a plan, though, and he's definitely thought it through. For sure. No question.

In a fight that was foreshadowed from the start of this series, Deadpool #10 sees the story come full circle in a hilariously violent way. 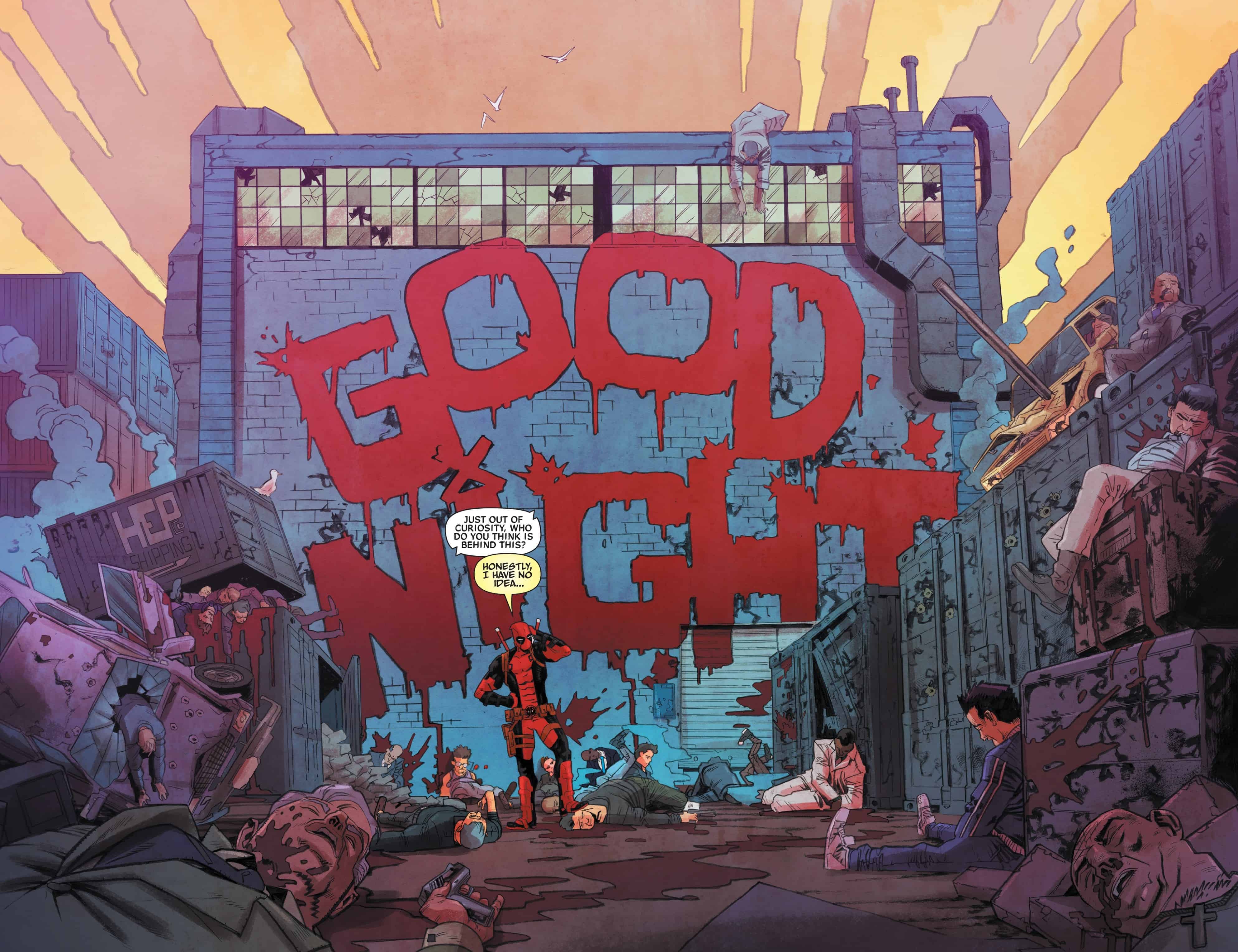 Well, Deadpool’s past is back once again in the worst way possible. Earlier in the series, Deadpool “Bruce Wayne’d” some kid in an alley leaving his parents for dead, so it was only a matter of time before he would face the consequences. To Deadpool, this begins as just an inconvenience in his work, taking the form of a new killer named Good Night. But it doesn’t take long for their reunion to turn into the brutal beat down that was always destined to happen.

Before we get into their Batman reference-fueled fight, one shining moment comes from Hydra Bob’s attempts to help Deadpool. It’s a great back and forth that is reminiscent of former writer Daniel Way’s classic antics. Their banter was one of the funniest few pages so far from the creative team and it led perfectly into the action-packed fight with Good Night.

The battle between Deadpool and Good Night may take up almost half of the issue, but it offers the visuals a true chance to shine with fast-paced and explosive panels. Backed by plenty of witty quips from Deadpool, the confrontation delivers plenty of enjoyment, but it also provides emotional weight that the series hasn’t really had up until this point. This is all a result of Deadpool’s decisions, and the relentlessness of Good Night’s brutality is a perfect realization of what he has done to so many people.

Overall, Deadpool #10 isn’t breaking new ground, but it is funny, action-packed and willing to expand on the rather limited lore introduced so far. Although it is unfortunate that writer Scottie Young will be departing so soon, this issue shows he is intent on at least delivering a completed story that feels worthwhile.

Deadpool #10 delivers plenty of humor and action as the creative team finally brings the story full circle. It isn’t a reinvention of the wheel by any means, but it is certainly entertaining.

Deadpool #10: You Said We’re Going on a Duck Hunt