Deadpool #13: The Big Toilet Bowl in the Sky 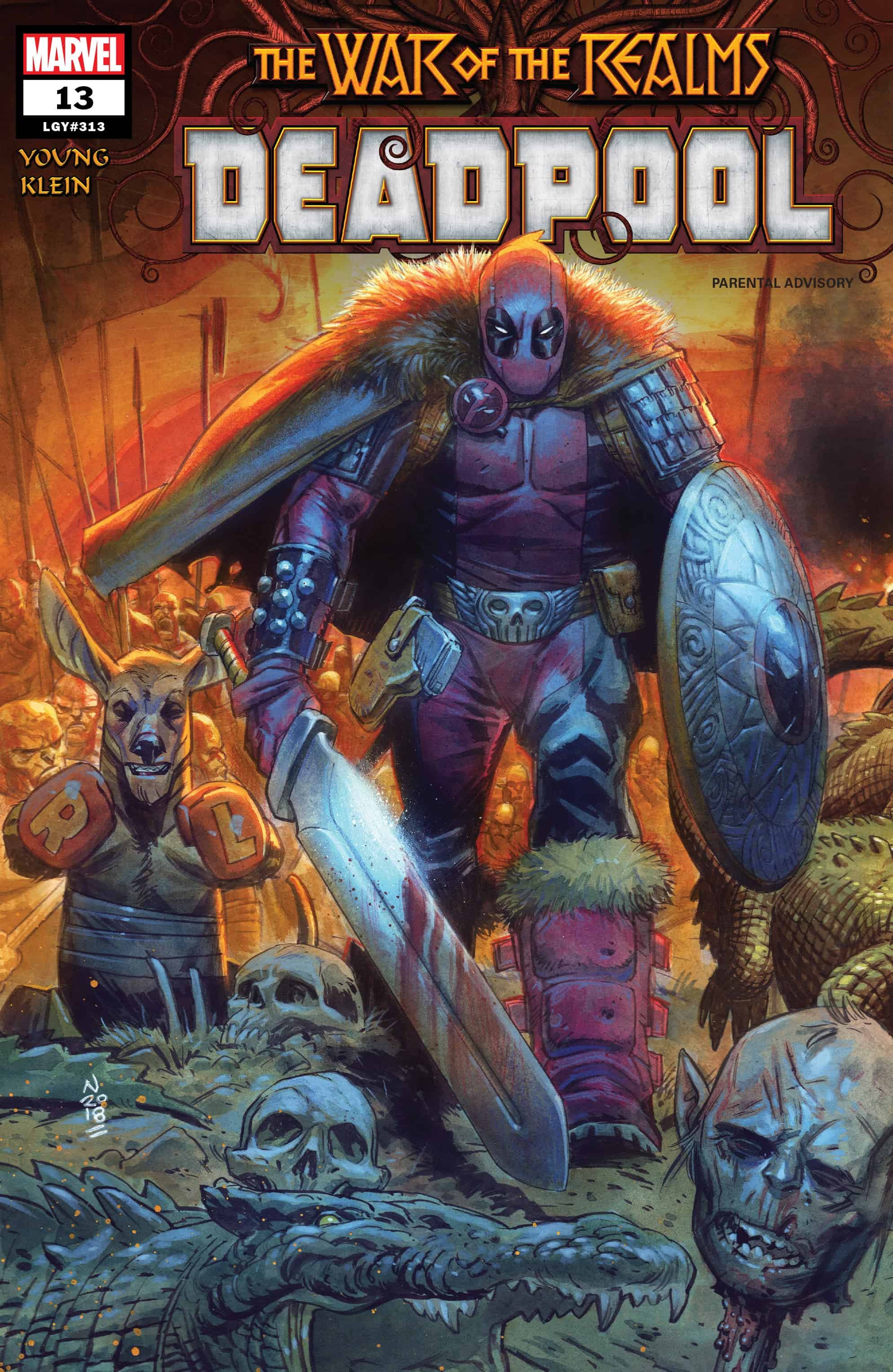 WAR OF THE REALMS TIE-IN! As the War of the Realms rages, Deadpool is sent to Australia to take care of a pesky troll problem! No, not those obnoxious internet nerds. REAL TROLLS! How many didgeridoo jokes can one comic book make? Let’s find out together!

The War of the Realms tie in for Skottie Young and Nic Klein’s Deadpool ongoing series is here, and it’s just as wacky and nonsensical as you would imagine! 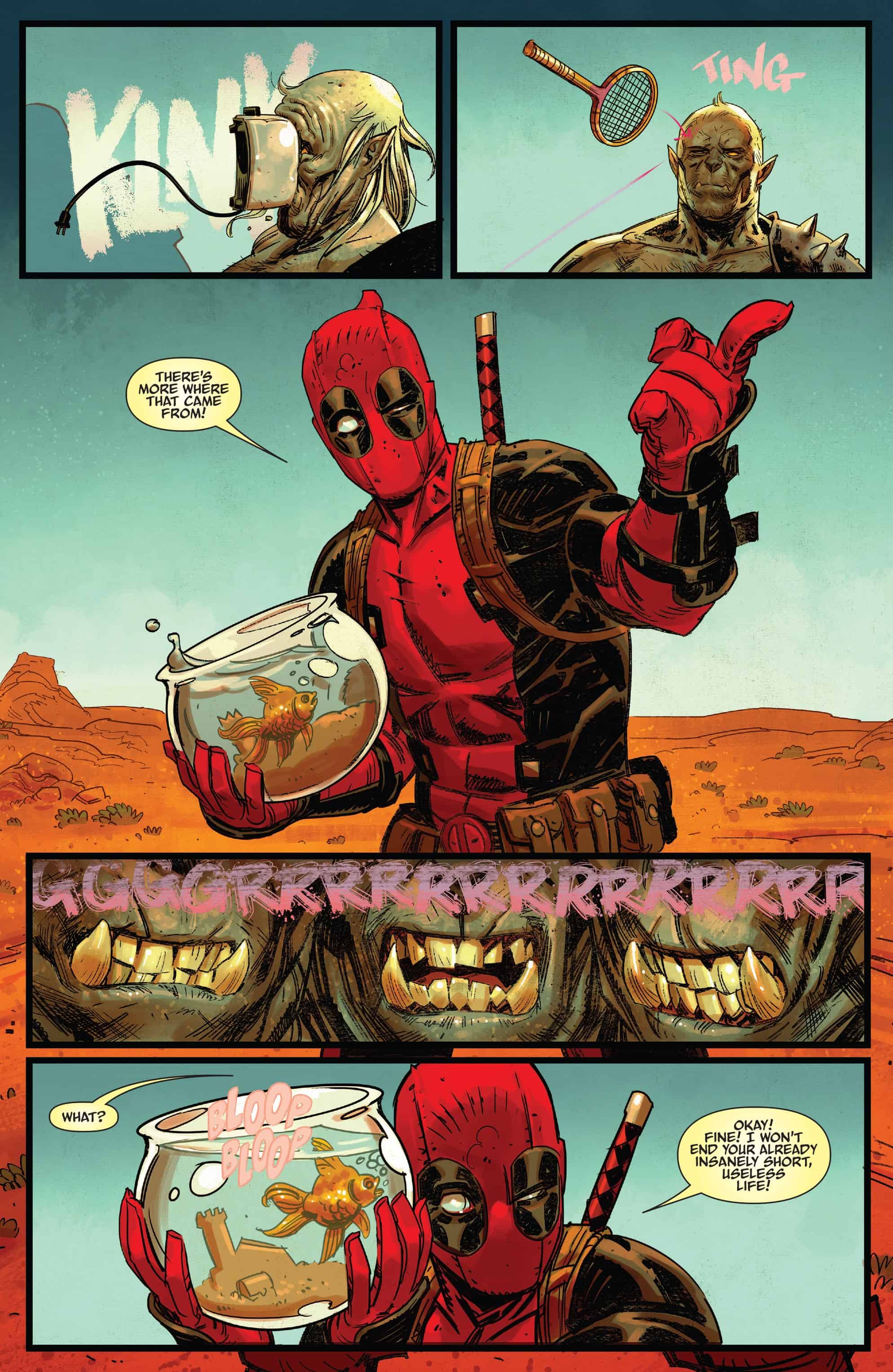 Many consider Deadpool as a character in generally to be an acquired taste. His brand of humor and whimsical stories tend to develop a “love it or hate it” relationship with readers. And well, I’m apart of the former. So with that said, I thought the first part to this event’s tie in was a hilarious ride that hit a lot of great notes.

Young has shown himself to be a more than capable Deadpool writer with characters that just feel like they belong in his stories. From Good Night to this new group of Australian vigilantes including Captain Outback, Nancy the Nuke and Tasmanian D*#%! (copyright!), the roster of characters have been both incredibly original and satisfying. But it’s Deadpool’s characterization that continues to steal the spotlight. It’s a shame the series will be ending so soon, because it seems like Skottie Young has a real talent for writing this character.

The dialogue is just really top notch stuff. It’s incredibly difficult to consistently deliver a book that is genuinely funny nearly all throughout, but this creative team continues to impress. Deadpool delivers one funny sequences after another, all set within an absolutely outrageous plot that sees his newest team become troll hunters. The artwork from Nic Klein is gorgeous as expected. Solid illustrations and beautiful colors make this a book that is easy to read and enjoy. This is a story that lends itself to Klein’s sensibilities, so it’s nice to see him really take advantage of the opportunity.

For fans of Deadpool and what he brings to the table, this will be right up your alley. It’s nonstop Wade Wilson antics in a story that probably should require just a bit of seriousness, but who cares?! The upcoming battle against the trolls looks epic, but I’m sure Deadpool will find a way to F^#% it up somehow…in the best way possible!

'Deadpool #13' is an outlandishly hilarious story packed full of classic Wade Wilson antics. What it lacks in seriousness, it more than makes up for with pure unadulterated fun!

Deadpool #13: The Big Toilet Bowl in the Sky