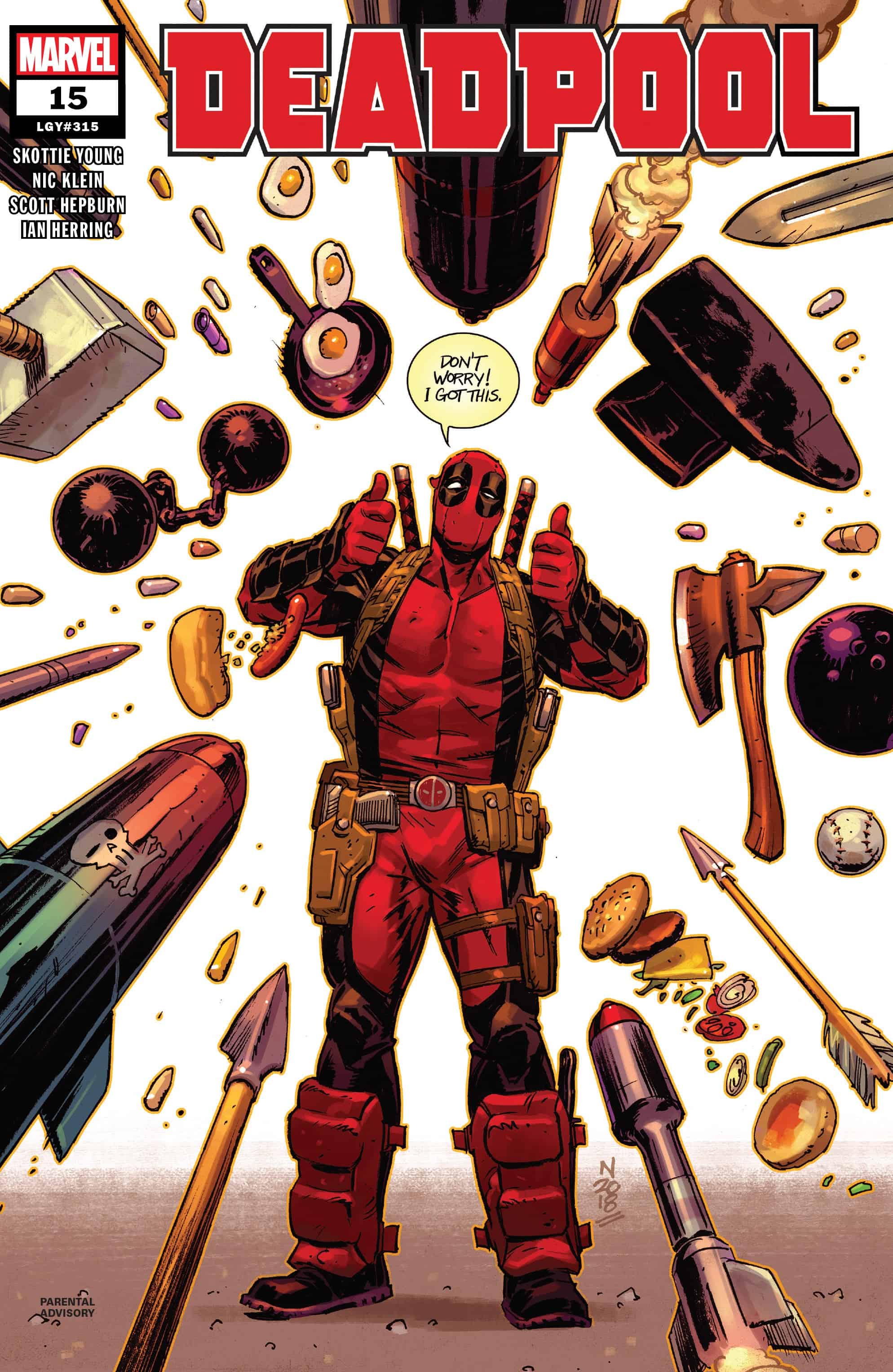 PAY THE DEVIL HIS DUE! Mephisto and Weasel have come for Deadpool! Will Good Night finally get his vengeance? Can Deadpool survive? And what will be left of him?

The big finale to Skottie Young’s wild tenure on Deadpool is here, and it is a doozie…sort of. 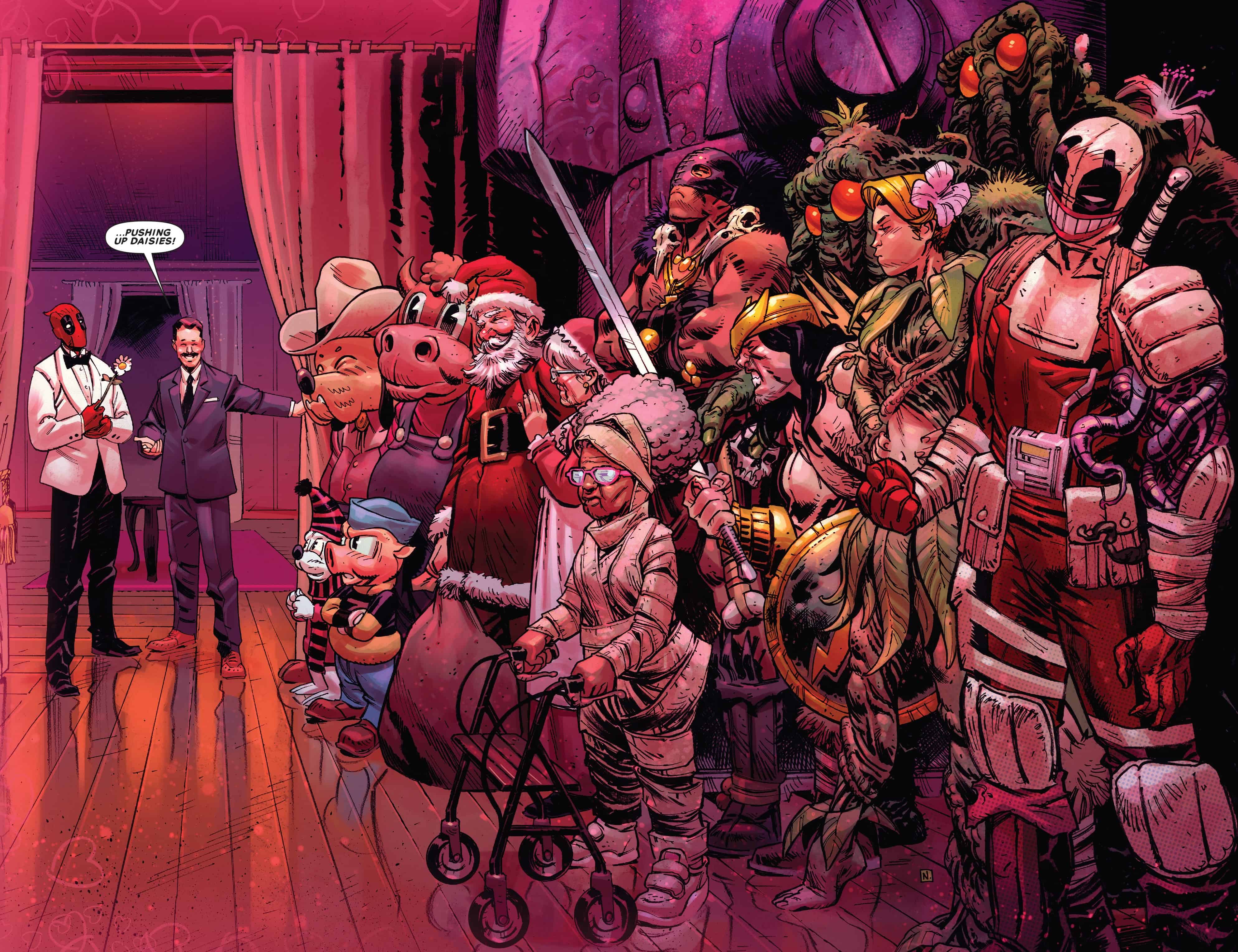 Wild doesn’t even begin to describe the chain of events that have made up Skottie Young’s rather short run on the Merc with a Mouth, but Deadpool #15 shows there has been an emotional underlier this whole time. A plan to show these wacky antics aren’t without meaning. Unfortunately, Young wants this ending to have both a newfound emotional relevance but also continue with the mostly inconsequential tone he has favored so far.

While that type of tone undoubtedly works for Deadpool, this issue warranted an ending with meaning. What we are given is an elaborate chain of events that ultimately ends nowhere, taking Deadpool right back to the beginning of the series. While “putting the toys back on the shelf” is a common occurrence at the end of runs like this, what we are given makes the series feel nonessential. Which is a shame because this creative team has done some really great things.

The artwork throughout this series has been some of the best the character has ever had on a solo series like this, but issue #15 struggles sometimes to keep up the momentum. While it’s mostly vivid and tons of fun to look at, when we compare it to previous issues there is a noticeable difference. That may have been a creative decision to separate the tone due to the subject matter in the book, but it felt like a missed opportunity to really go out on a high note.

Overall, this series has been a fun though inconsequential reading experience that yielded plenty of laughs, which is something I was totally fine with. But the last issue’s attempts to bring the story full circle with an emotional foundation betrays the fundamental strength of the 15-issue series, serving as a stark reminder that exploring Wade Wilson’s emotional depth is dangerous territory.

This might be the end of Young’s run, but this certainly not the last we will see of everyone’s favorite Merc with a Mouth. Fans will find plenty of laughs in this series, but don’t expect it to impact much going forward.

Skottie Young's wild and short-lived run on Deadpool comes to an end with issue #15, a book that somehow brings out both the best and worst of the Merc with a Mouth. It's both fun and inconsequential, which generally sums up the entire series.

What's next for ol' Wade Wilson? We will just have to wait and find out!